A clip of the statue of the Virgin Mary in Argentina showed it weeping tears of blood. In the video, the figure known as the Virgin of the Mystic Rose can be seen with what appeared to be blood rolling down its eyes.

The statue is owned by the Frias Mendoza family, who live in San Jose de MetanSan. The “miracle” garnered a lot of attention from people, since the discovery last year. Now, people have flocked to their home to witness the crying Virgin Mary statue as it shed tears of blood for the 38th time. 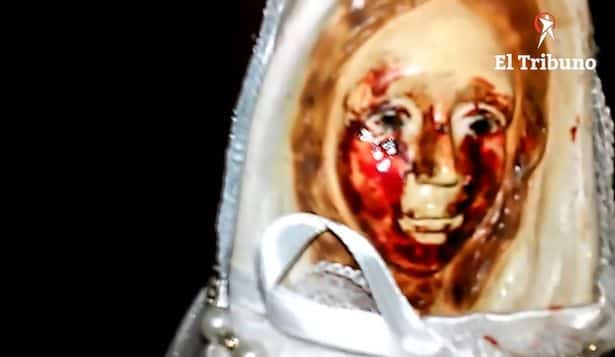 The Frias family is said to have come into possession of the miraculous statue more than eight years ago after Rosana Mendoza Frias miscarried a baby. The Virgin Mary first “wept” in April 2017, when a blood-like liquid appeared on the statue’s face. It “cried” for three consecutive days.

Rosana shared that shortly after they posted “crying” Mary’s picture on social media, a crowd of 7,000 people gathered at their house.

“I always tell people that this depends on faith, not on us, as we do nothing, we only open our doors so that they can come here to pray, and through her, God will perform a miracle.” 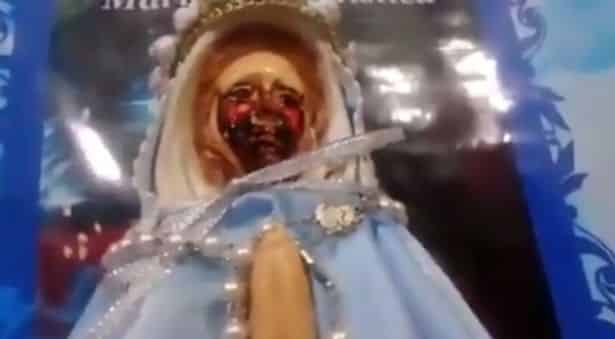 While part of the Catholic world seems inspired by the Virgin of the Mystic Rose, it has – like all of the many statues that people have claimed are crying – attracted its fair share of skeptics.

Priest Julio Raul Mendez had previously cautioned the locals into jumping into conclusion as the Catholic church would still have to thoroughly investigate the statue before it can be officially called a true miracle.

“The first thing the church does is to do a scientific analysis to see if there is a natural explanation. Only then, the possibility of a supernatural phenomenon is considered.”