Jamie Grainger, a 27-year-old beekeeper from New Zealand, is already used to working with the stinging, buzzing insects. So when his friend Aurel placed a bet of $1,000 NZ dollars (around $650 USD) asking him to sit on a beehive without his pants on for 30 seconds, Grainger was confident that it’s a piece of cake.

Being a professional beekeeper for a company means the guys are used to getting stung. The little guys sting every day, according to Aurel. He described that it’s painful and there’s no getting used to the pain, despite many years in the business. It’s just a matter of expecting the sensation to come. 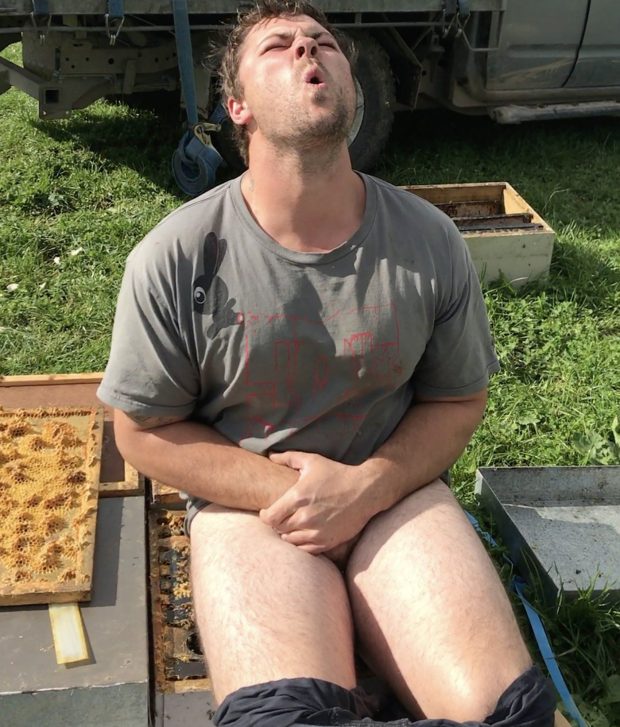 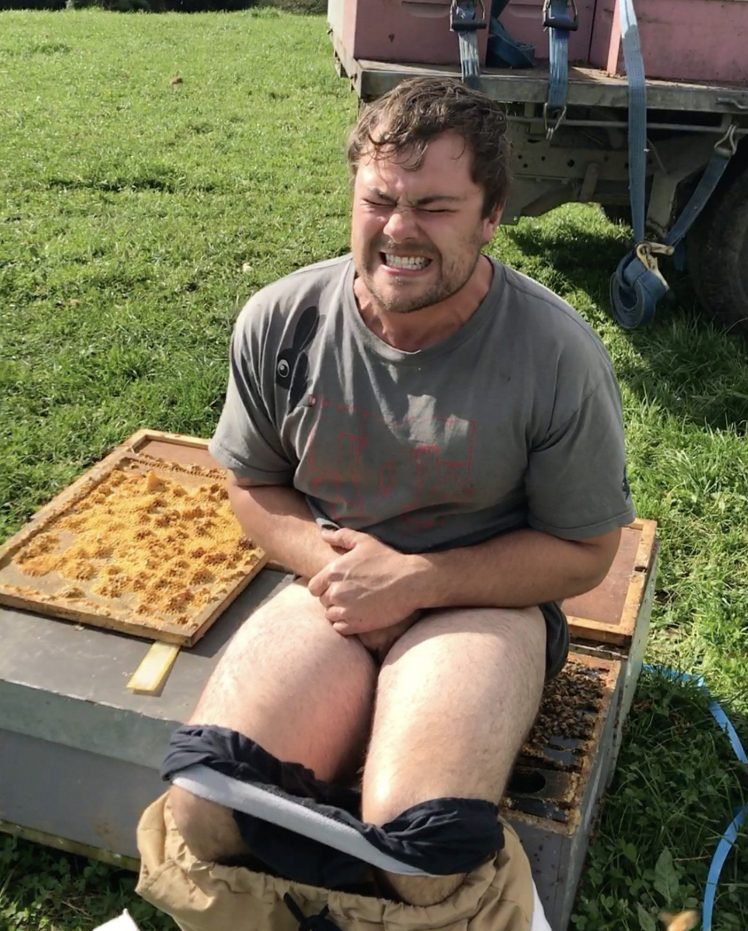 Aurel had made an offer to another colleague, Shane, prior to Jamie. He had asked Shane to sit on bees for a minute but he only lasted for 19 seconds. So, he then made a new offer to Jamie, with shortened time.

You can say that the guys at the beekeeping company are crazy because sitting on bees was not the only challenge they’ve done. Aurel is known to make weird offers to his friends and his friends would also do the same thing.

One time, they’d challenged each other to eat slugs, pig’s testicles and even a freshly-caught fish’s eyes. Some over-the-top bets were also placed – like eating a dead rat, which nobody was willing to do.

Bees normally die after they sting. 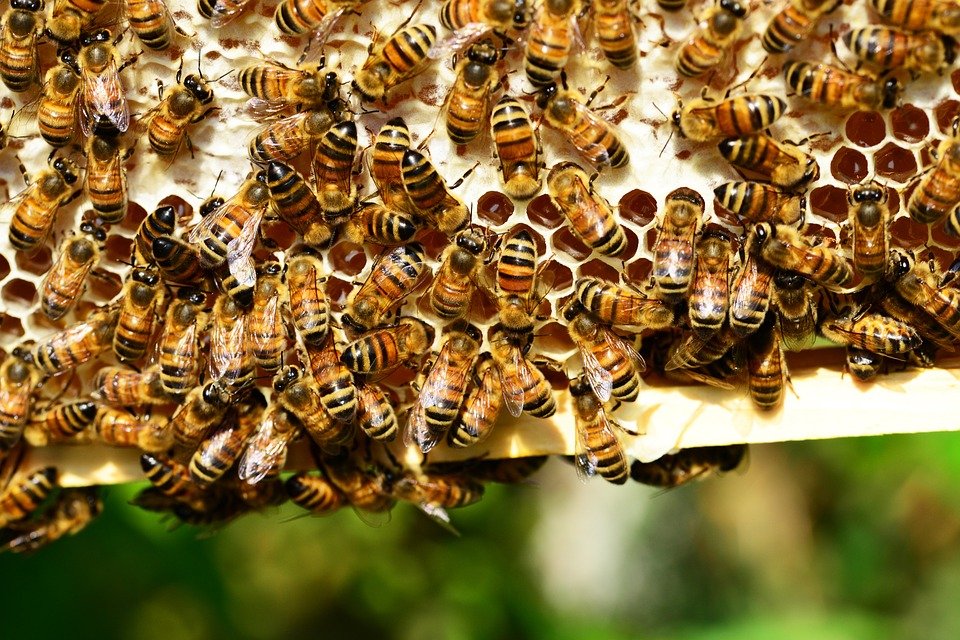 As for the bee sting challenge, some people saw it as cruelty to the insects since bees naturally die when they sting. But as Jamie told Metro, they care about bees and there’s no harm in what they do since it’s the end of bee season and many die off anyway.

And did Jamie win the bet?

Apparently, Jamie did and when he told Lauren, his partner, about it, they laughed about the matter. She also joked that the money could be used to pay for their wedding.