Pit bulls are mighty fearsome dogs, judging by their reputation. However, not even a pack of seven pitties were a match for a fierce and protective 16-year-old tabby named Baby who launched a sudden attack one day.

It all happened one morning in British Columbia, Canada, when Pit Bulls of Victoria BC founders, Javiera Rodriguez and Kyla Grover were out walking a group of seven pits.

Just an ordinary day in the life of a pit bull. 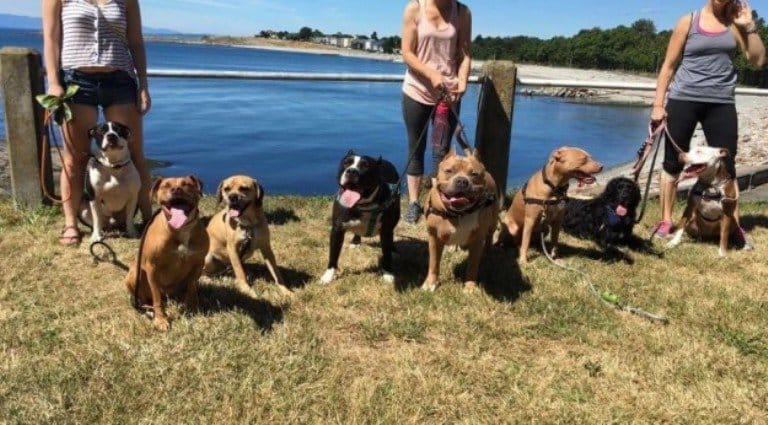 Javiera and Kyla founded the pit bulls group, which organizes walks for pit bulls, a breed that needs to expend a lot of energy.

Pit Bulls of Victoria BC has one other aim: to dispel the stereotype of pit bulls as dangerous and aggressive animals. 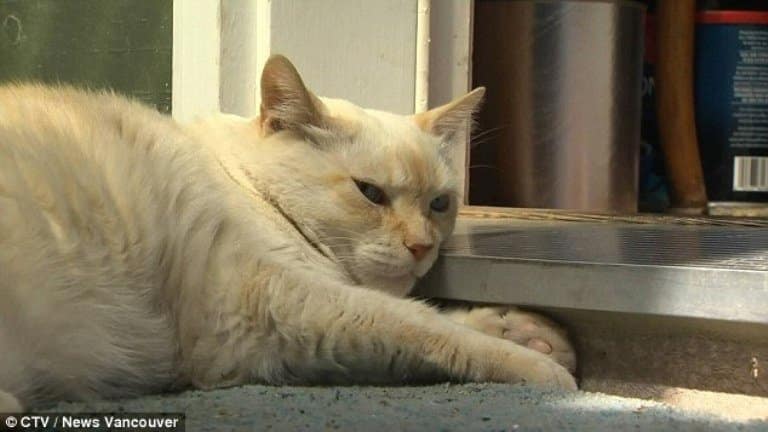 The day of the walk, Javiera, Kyla and their group of seven pitties passed a yard where a woman was tending the garden. Suddenly, a cat streaked towards them yowling murder.

The cat, named Baby, promptly latched on to one of the dogs’ faces, screeching and scratching. Javiera, Kyla, and the rest of the dogs were stunned.

Bandida, the unfortunate pit bull and object of the attack, was shocked as well.

However, instead of tearing Baby apart as most people would expect her to do, Bandida simply held the cat down with one paw to defend herself against the attack.

The rest of the pack held back, as well. None of them lifted a paw, or even a lip to growl.

Javiera and Kyla yelled for Baby’s owner to get the cat, while Kyla tried to pull the explosive cat away.

Like Bandida, she got scratched and bitten in the process. 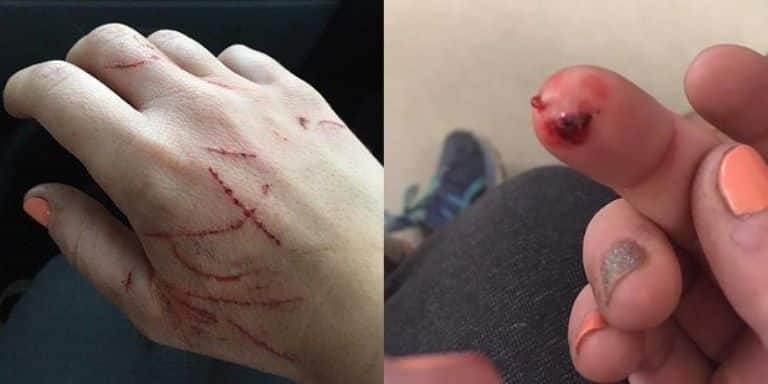 Fortunately, the cat’s owner took Baby away, but Bandida was left covered in blood and lacerations. Kyla ended up in the ER, while Bandida was rushed to the vet. 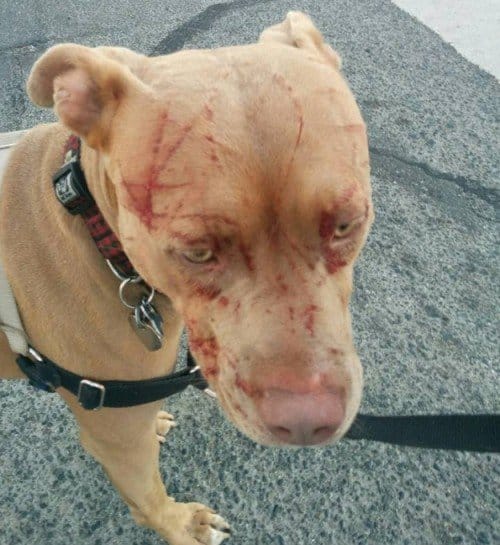 It was a harrowing day for the seven pit bulls, but even more so for Bandida. Since the attack, she has stayed close to her owner and has been needier and less playful.

Kyla said she regrets what happened to Bandida, but reiterated that the dog never fought back.

Bandida could have killed the cat, but didn’t. 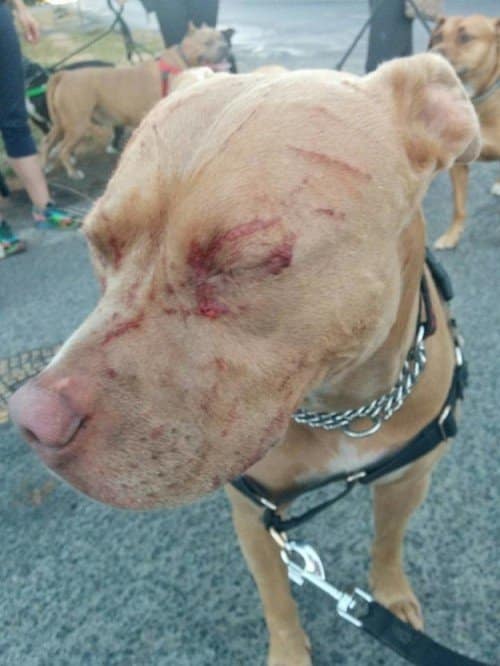 This just goes to show how gentle and loving pit bulls are in real life, and how all the hateful prejudices against the breed are totally wrong.

According to Kyla, a pittie’s temperament depends on how owners raise their dogs. An abusive owner will naturally have an abusive dog.

What kind of relationship do you have with your pit bull? 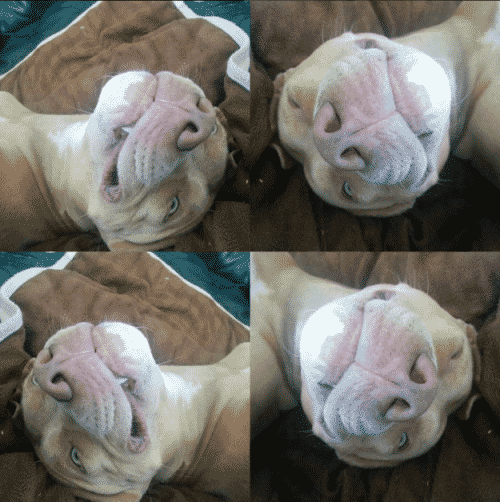