There are just a lot of fascinating places to see on Earth and somewhere in Portugal, you can find one.

It’s actually kind of creepy, but it looks amazing when you look at it from above.

It may not look real to you but this place really exists and it’s manmade.

This spillway called Covão dos Conchos is located near Guarda, Portugal and is part of the Conchos Dam in Serra de Estrela, the country’s highest mountain range. 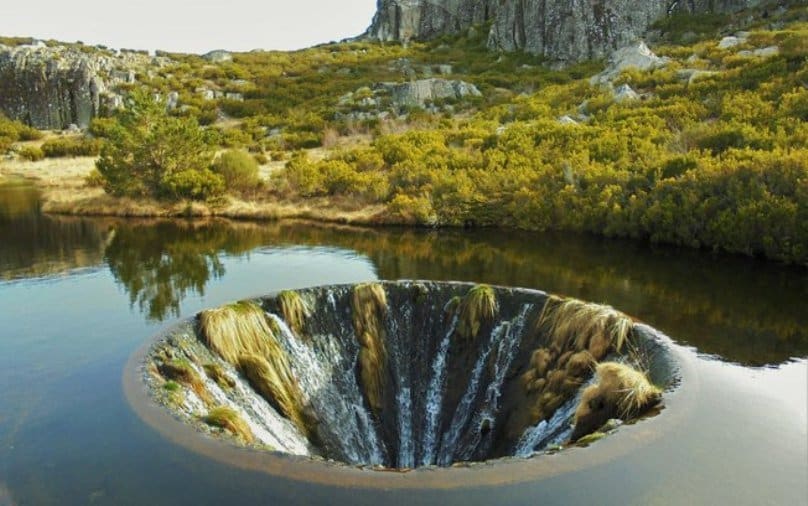 When you look at it, you can imagine so many things such as the hole taking you in another dimension. But as much as you want to think creatively just like in the movies, the hole is actually a dam, which collects water from Ribeira das Naves and diverts it to the Bayou Lagoon Long.

Doesn’t it make you imagine things such as getting sucked in and transported to a different dimension? 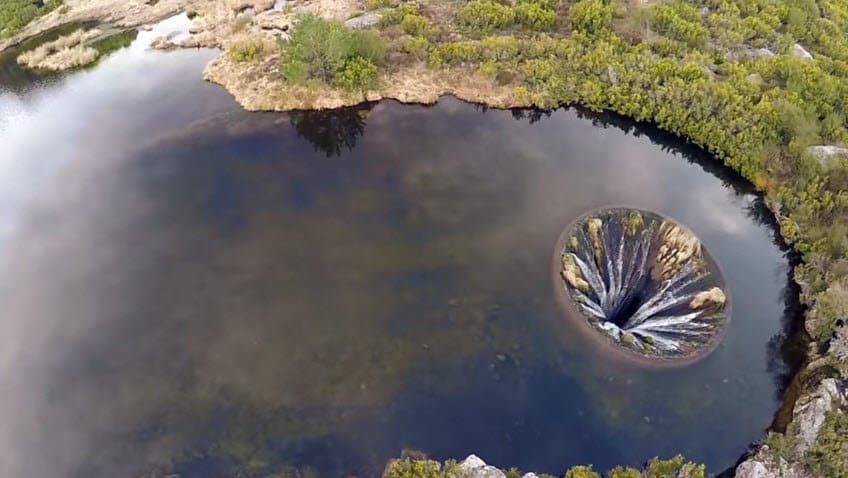 Here's a photo of a frozen Covão dos Conchos.

This hydroelectric system was constructed in 1955. It has a height of 4.6 meters and has a circumference of 48 meters. The tunnel that collects the water is 1519 meters long.

To get to the location, one will need to walk several kilometers. 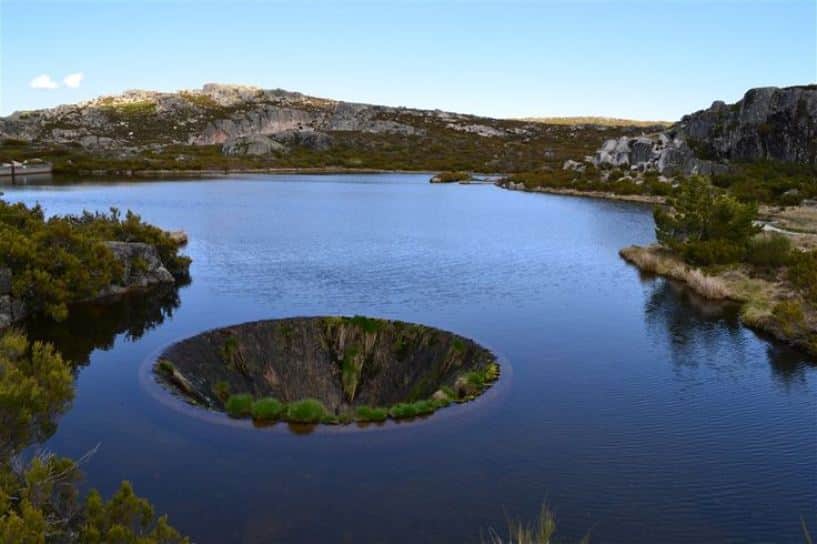 Getting to where that spillway is can be difficult since one needs to take a hike for several kilometers.

In the video below, a drone operated by Daniel Alvez and Hélder Tavares was able to capture the beautiful Serra de Estrela and you’ll feel as if you’re flying above the spillway. The video provides an exhilarating view of the area and in a far corner, is a small hole that looks like a mouth of a fish.

Check out the breathtaking view of Serra de Estrela and watch the dam collect water and let your imagination run wild.