You know what’s the problem with watching movies in the cinema these days? They can be unbelievably expensive! Not only have tickets become pricey, snacks and beverages sold in theaters are likewise very costly.

So yes, this little pastime can be a pain in the pocket sometimes. Take it from a guy who goes to catch films two or three times a month.

Well one enterprising couple recently went viral after coming up with a brilliant, albeit naughty, solution to all the trouble. 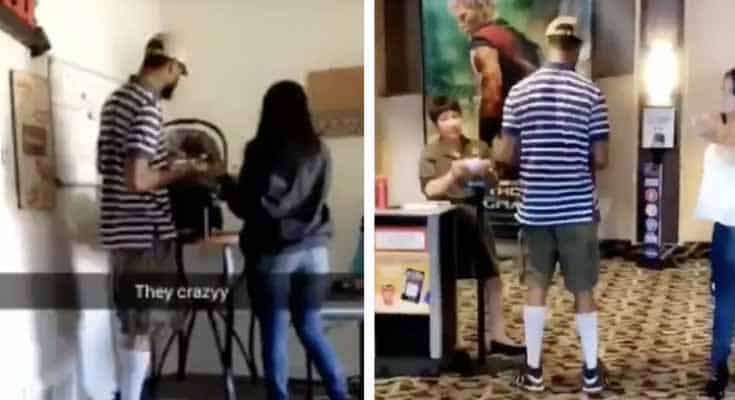 Twitter user @Barrington_14 shared a Snapchat story on his feed and the video has since attracted a lot of attention online.

As you will see on the clip, he and a woman, presumably his girlfriend, filled a baby carrier to sneak in their snacks and drinks for their movie date. It’s totally hilarious and the internet definitely couldn’t get enough of these evil geniuses.

when i tell y'all im about to buy a baby carrier of craigslist for the low…this is genius pic.twitter.com/eahVMZ6xfo

The tweet has since received thousands upon thousands of retweets and likes from Twitter-verse. However, it also generated some mixed reactions. 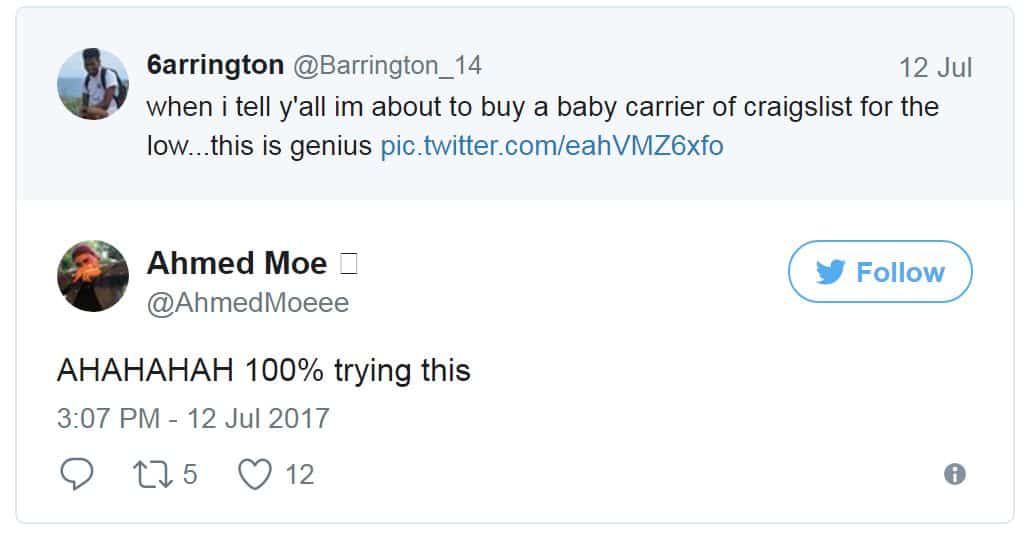 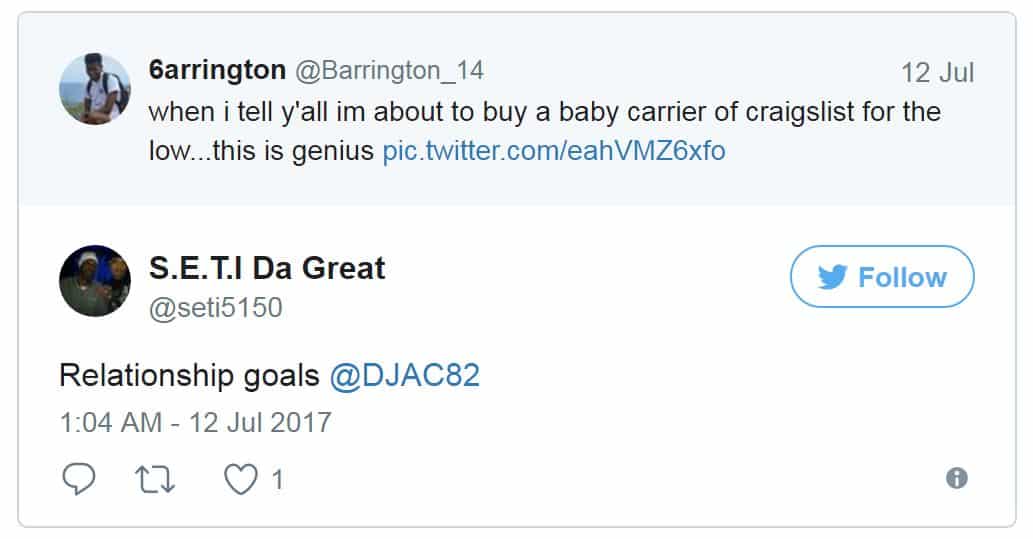 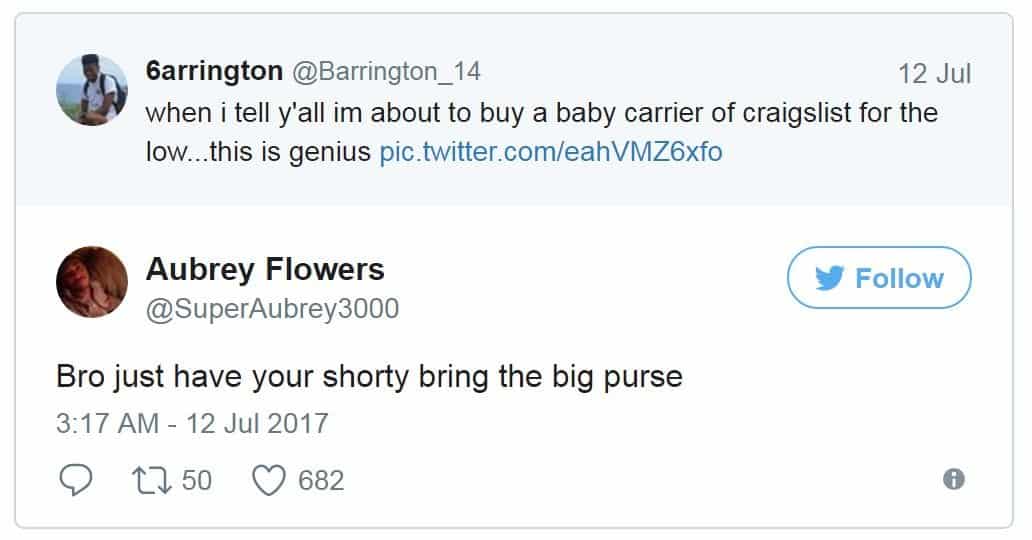 Another curiously asked if the baby carrier idea was really practical in the first place. 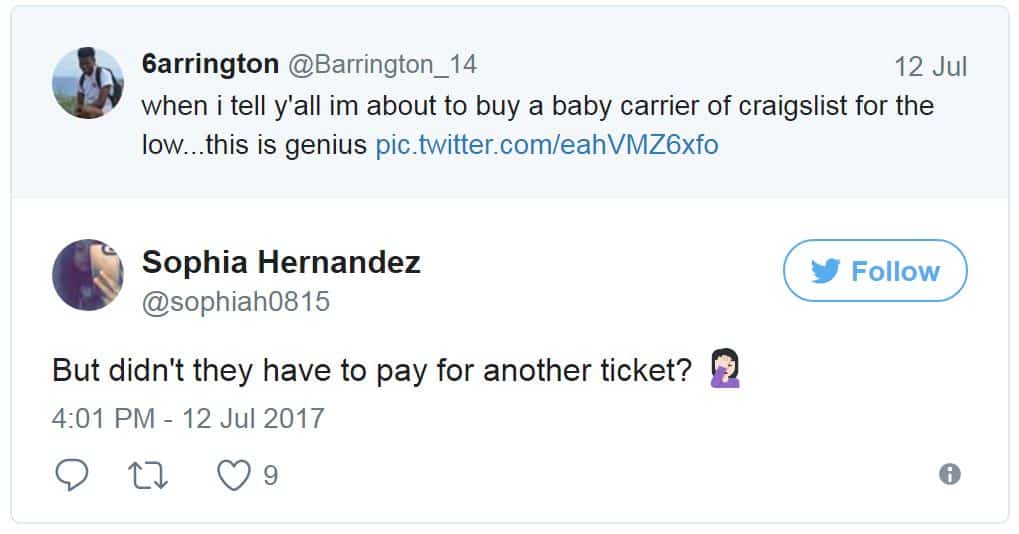 But someone pointed out that, yeah, they’re still good. 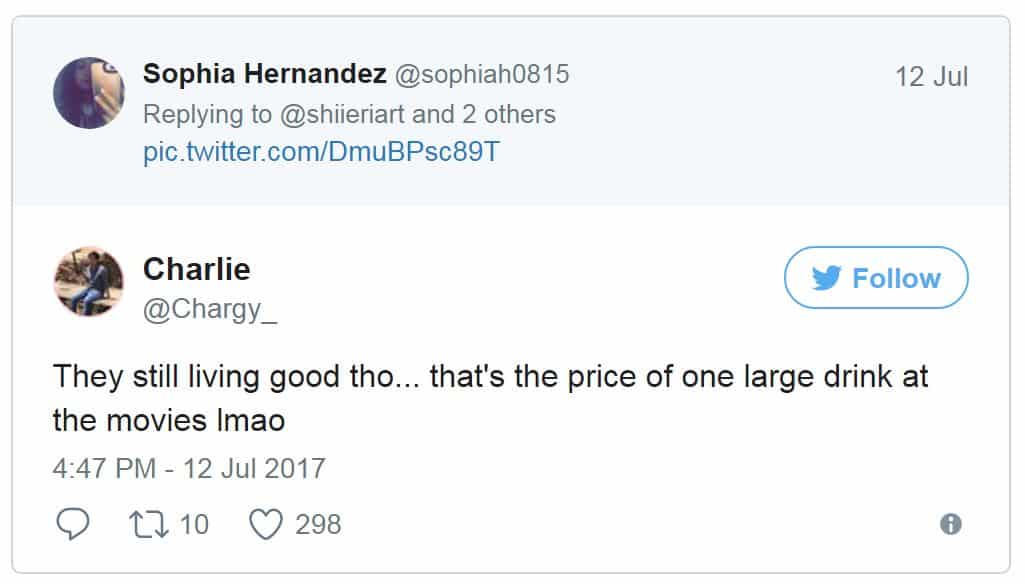 Their story has since been picked up by a lot of websites such as Distractify and many others, which, of course, lead to more views and likes.

This, of course, isn’t the first time that two people thought of a sneaky way to save on cinema expenses. Some might remember that two bestfriends also went viral for sneaking into a theater by disguising themselves as one overweight person.

One thing’s for sure here though: people can really get very creative when they’re trying to save money. 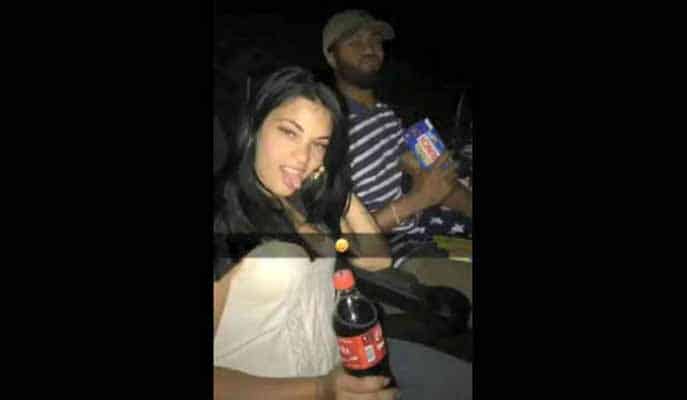