Have you ever imagined yourself doing something crazy with your best friend? Have you tried it once?

Sometimes people try to do silly things for fun and experience. Some find it funny or weird while others don’t appreciate it at all.

Pranking is a timeless tradition, it can be simple or huge. Through these pranks, we see how these people will pull it off and how will the people around them react. Pranks can be really fun for as long as nobody will get hurt. 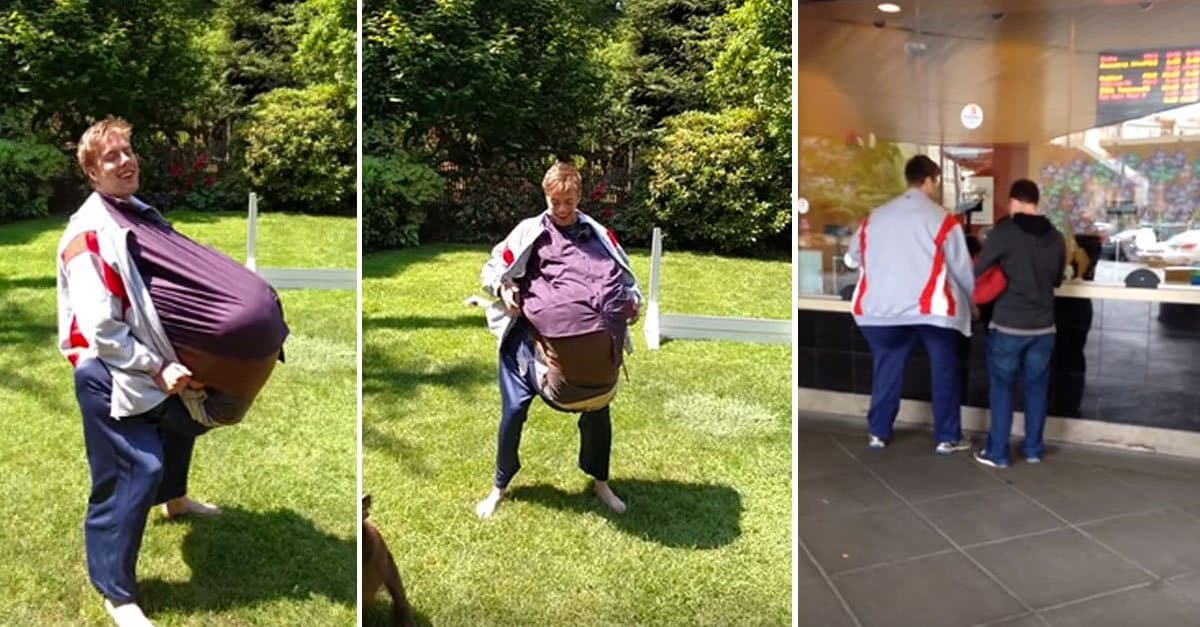 Best friends named Bo Johnson and Mathew decided to make a prank to get the two for one special ticket at the movie house by using their little imagination which were all captured in a video that they have uploaded in Youtube.

Their insane plan was one of them will hide inside his best friend’s clothes so that he will look like a very obese man and will purchase a ticket in a theater for one person only. This is of course is a very weird, funny yet scary idea. What if they get caught?

It can be seen in the video that two men were practicing how they can perfectly hide one of them inside his clothes and make it look like he is just an obese man. They have tried several positions, trying to fit him in a large shirt and jacket that will make it appear like a very big belly but it was still pretty obvious.

Finally after numerous try, they found the perfect position; one of them clings to the other’s chest while wrapping his legs around the waist of his best friend. Voila, they got it! Now, they have to practice how to walk perfectly while carrying a hidden person in his clothes.

So the next step was to purchase a ticket in the theater, they did entirely what was planned and was able to buy a ticket for one person and enter the establishment without anyone questioning him why he looks severely huge and a bit asymmetrical.

In the video, as soon as they have entered the elevator of the theater house; his best friend got out of his shirt and the other man changed his outfit. Now they became two different people with just one ticket! This is an instant free entrance!

What can you say about this? Share us your thoughts!

Don’t forget to SHARE this to your friends and lighten up their mood!