What would you do with your life if money isn’t an issue? Would you explore the world? Would you live in a boat?

Well, for this couple, the answer to the last two questions is a resounding “yes!”

Matt and Jessica Johnson, both 32 years old, decided to quit their jobs to chase after their dream. Matt used to be employed as a car sales manager while Jessica previously worked as a billing specialist. The couple made a modest income of $1000 USD every month. 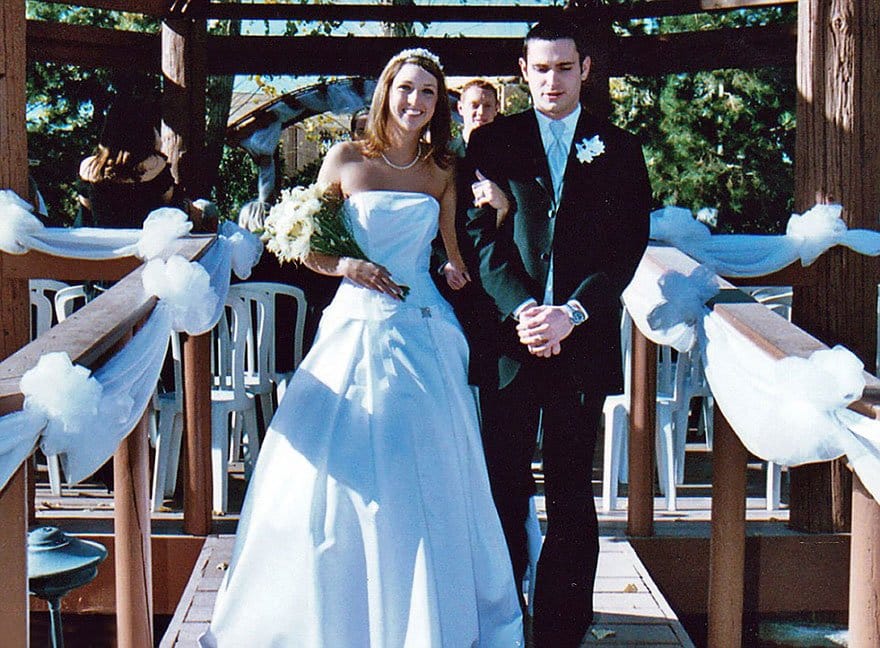 “Our lives were the typical American Dream. Go to school, get married, buy a house, start a career” the couple said. Eventually, both of them realized they are getting bored with just spending their “weekends in front of the TV without ever doing anything productive.”

Bored with typical weekends, the couple decided to follow their dreams. 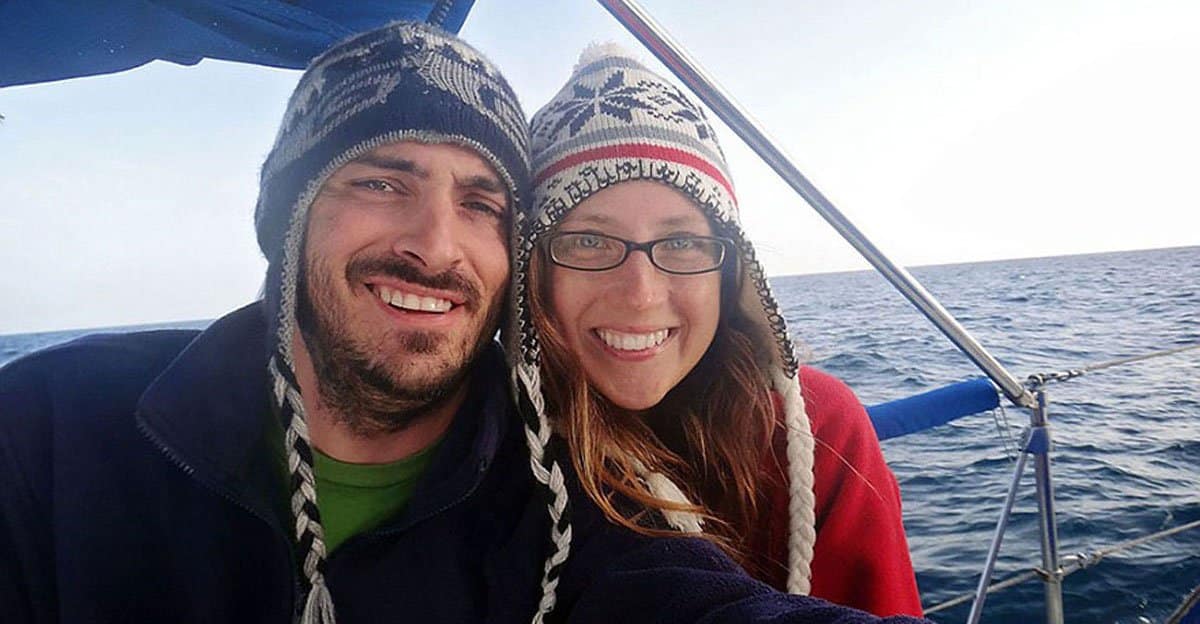 The Johnsons wanted things to change and so they decided to take a huge risk.

They sold their home, their cars and all their belongings in exchange of their dream – to explore the world while riding a boat.

According to them, the idea began back in the summer of 2007 while they were spending time on Lake Michigan. Jessica shared that “Matt would look at the sailboats on the water and comment on how he’d like to try that someday.”

Property or boat – which is better? 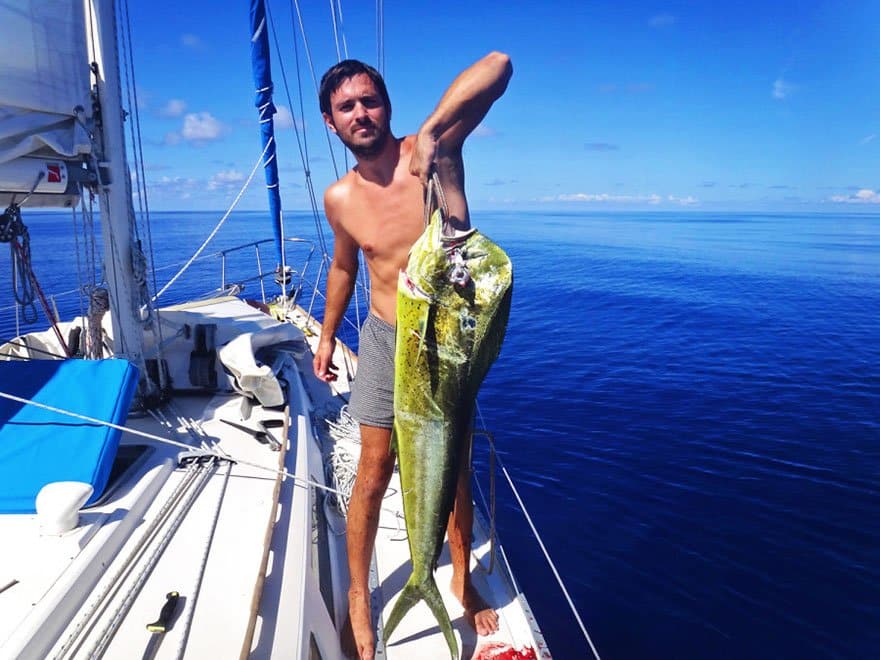 One day, Matt broke the question: “We can either get a piece of property or spend the money to get a sailboat, which do you think would be best?”

The decision was mutual – they wanted to explore the world. 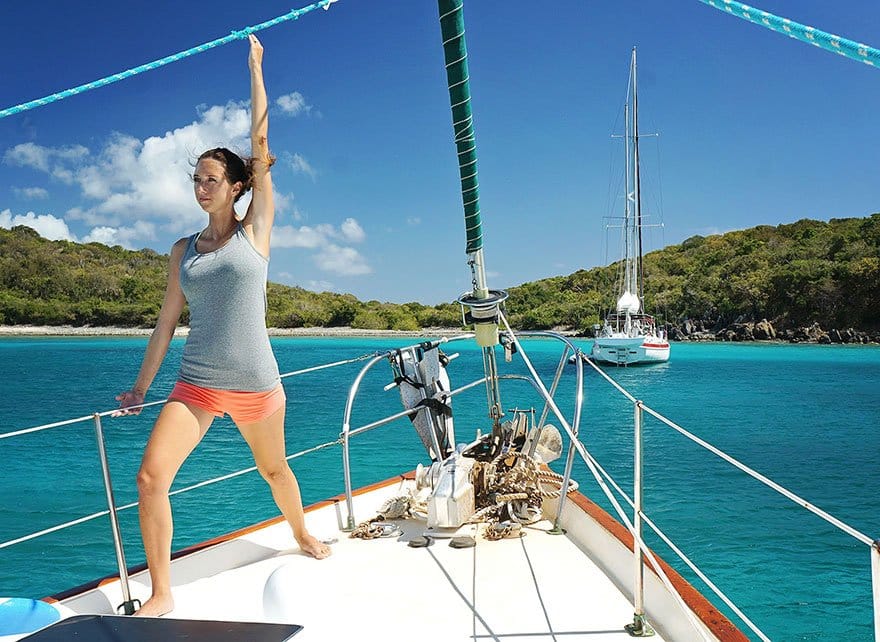 So far, the couple has visited 16 countries across the globe including Bahamas, Cuba, Jamaica, Peru and many others.

Around the world with a sailboat. 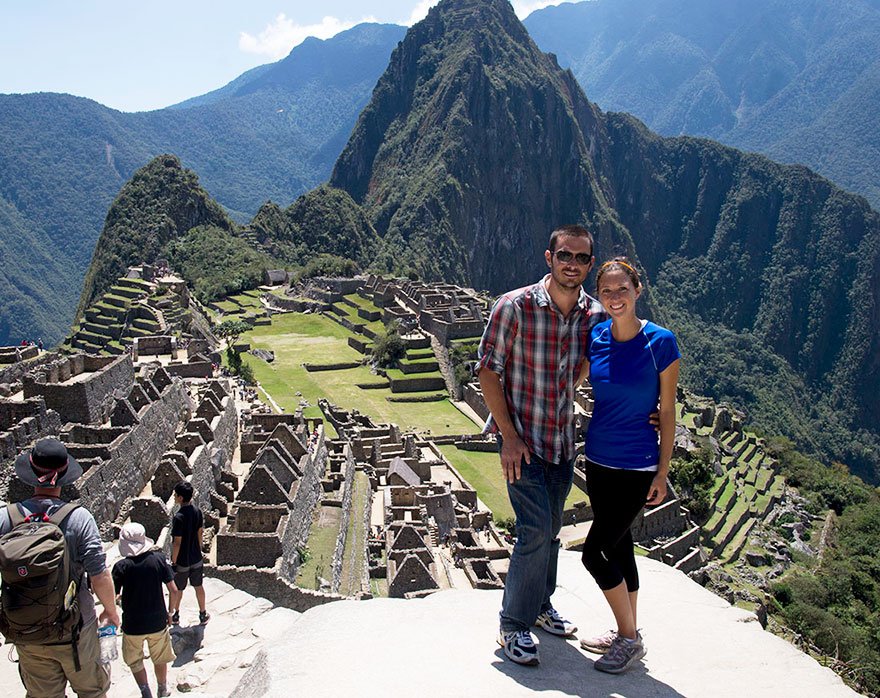 Also, they’ve been traveling the world with a furry friend. Say “hello” to Georgie! 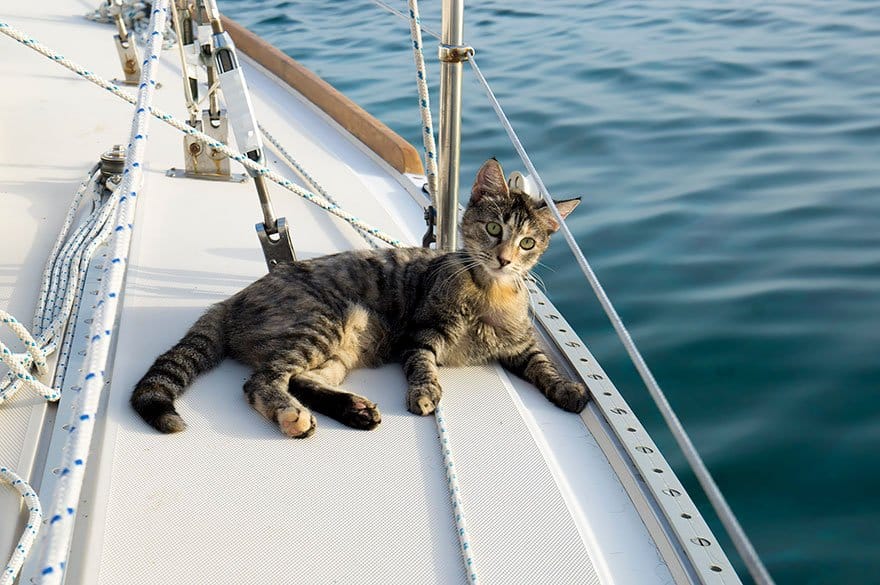 The couple has traveled many places with Georgie. 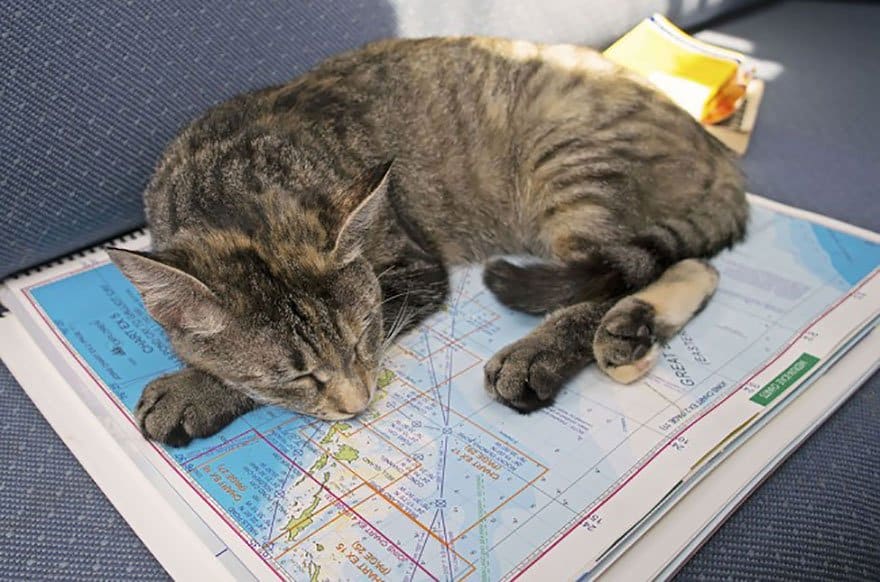 As they lived closer to nature, they got closer to each other. 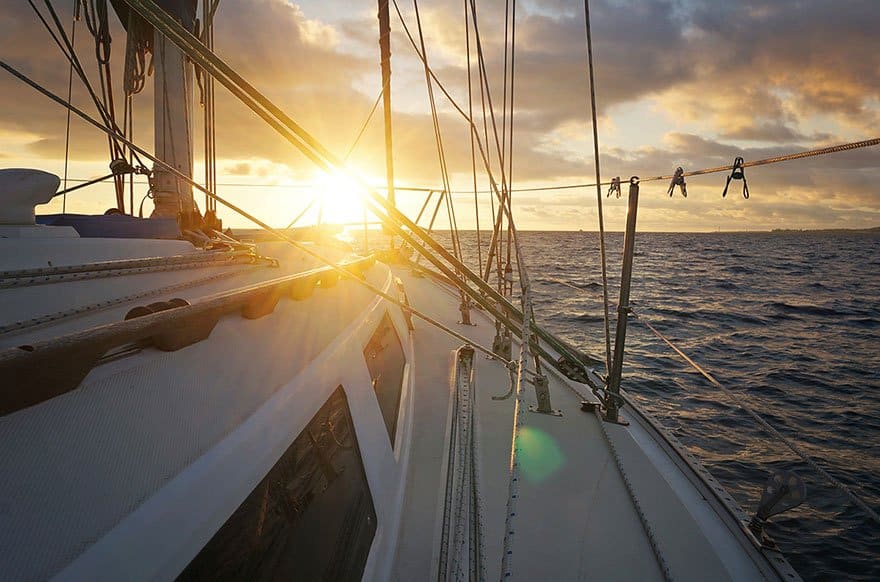 Georgie is “more steady than on her feet we are,” said the couple. 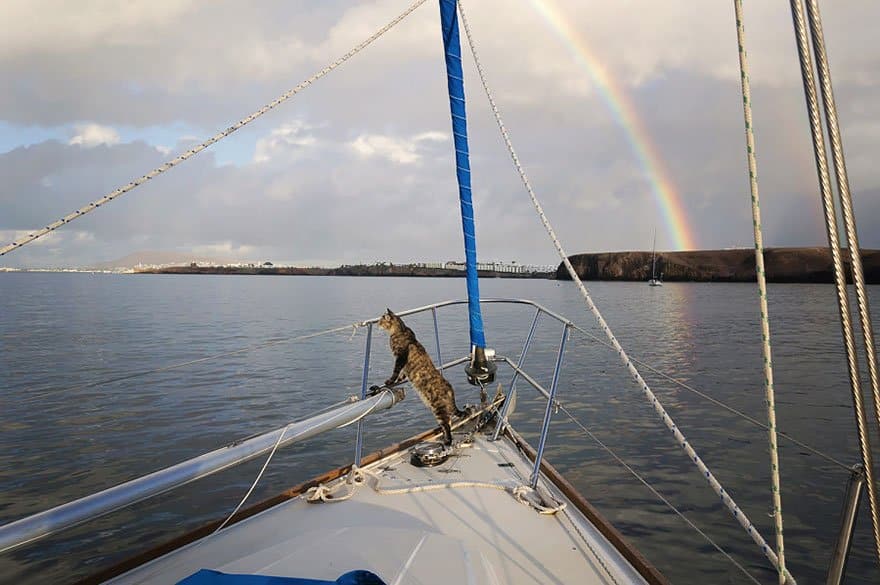 Walking out during arguments is not an option when you’re living on the waters, the couple says. 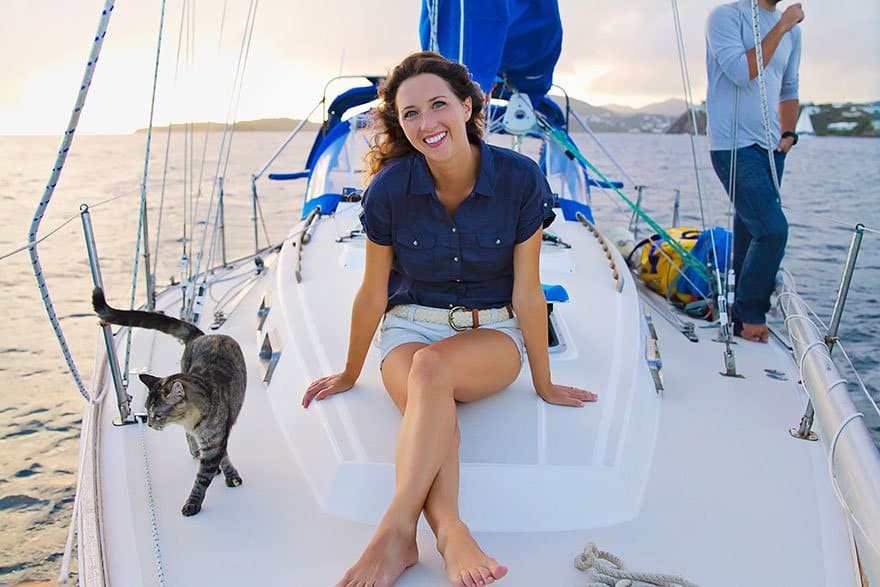 Georgie sharing the room with Matt. 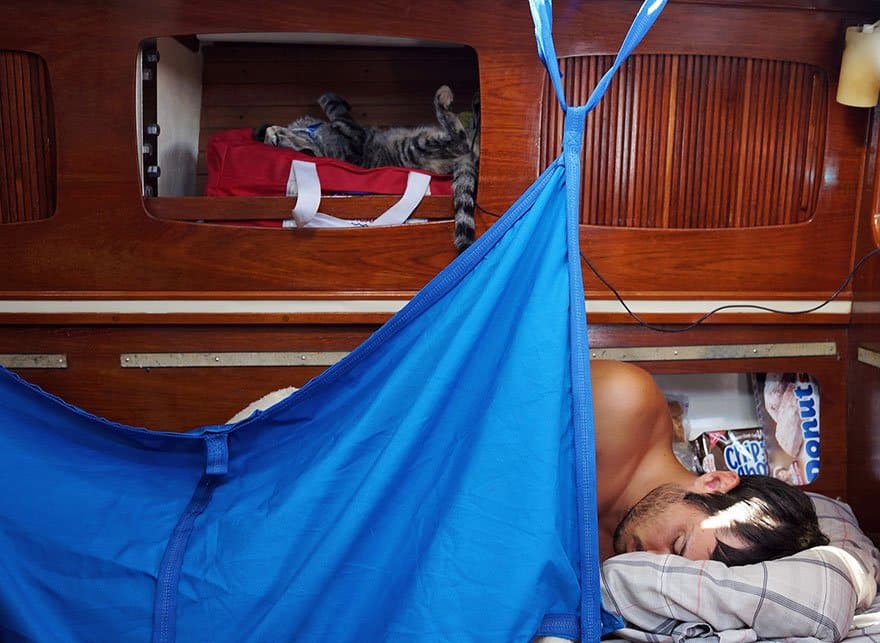 During trips, Georgie “loves sitting on the deck and watching the fish over the side of the boat.” 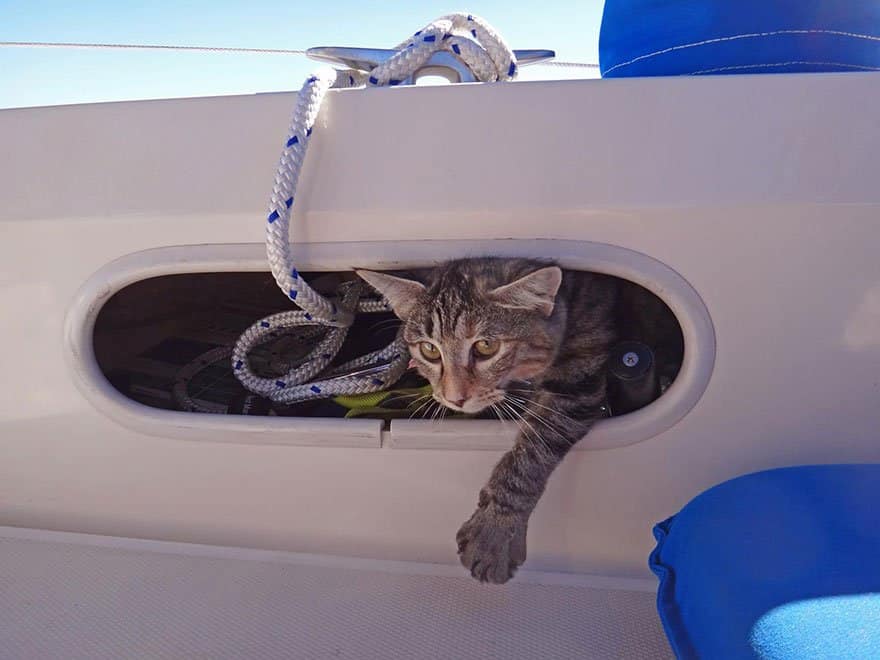 Everyday is an adventure. 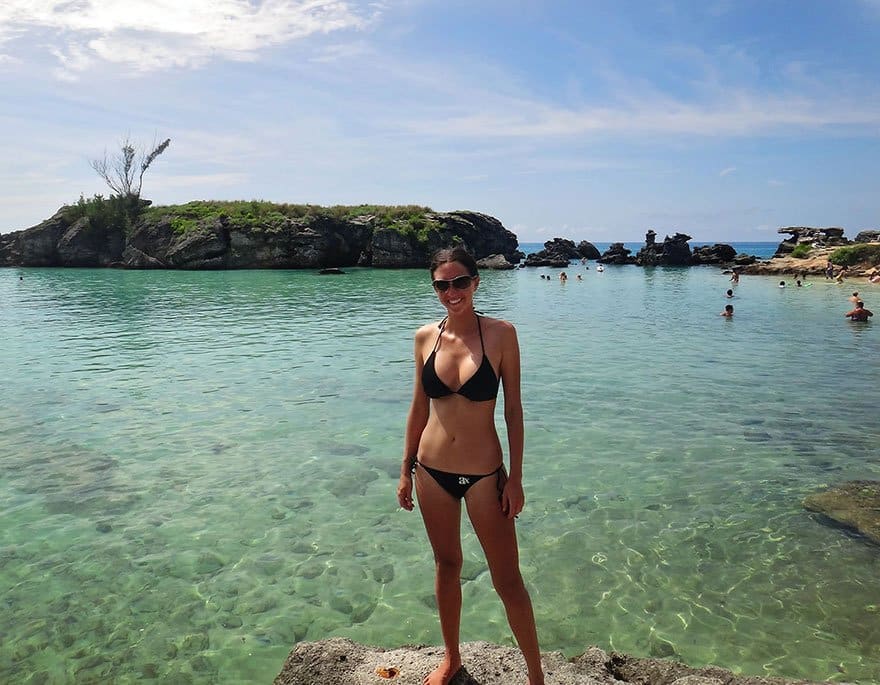 Exploring the world together – one country at a time. 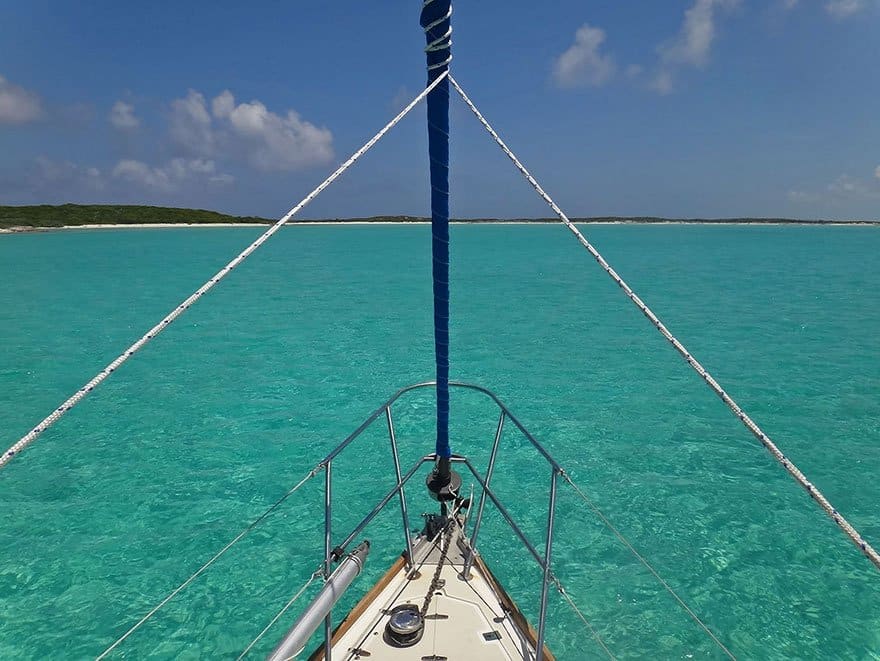 Matt and Jessica discovered Georgie is a good swimmer when she “jumped overboard” in Grand Cayman. 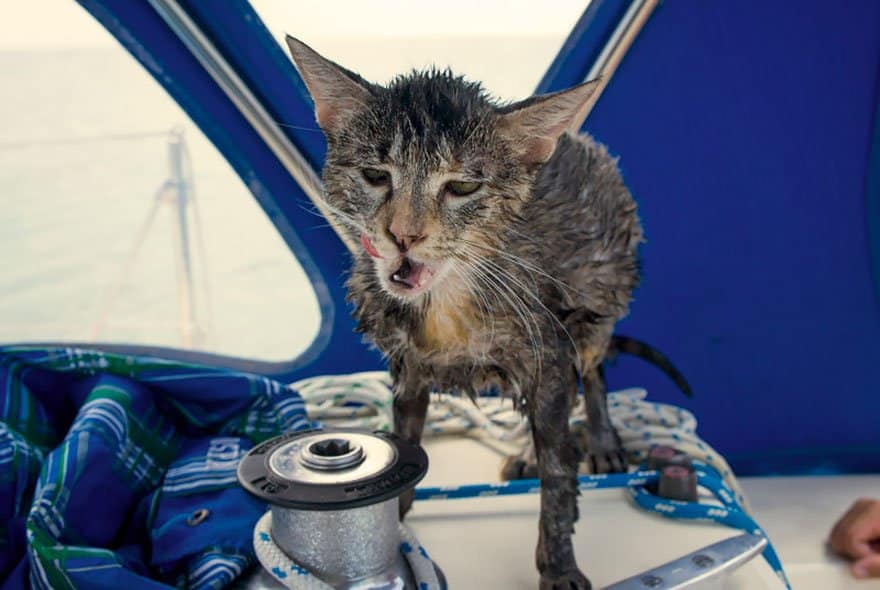 The cat who feels ‘at home’ with the water. 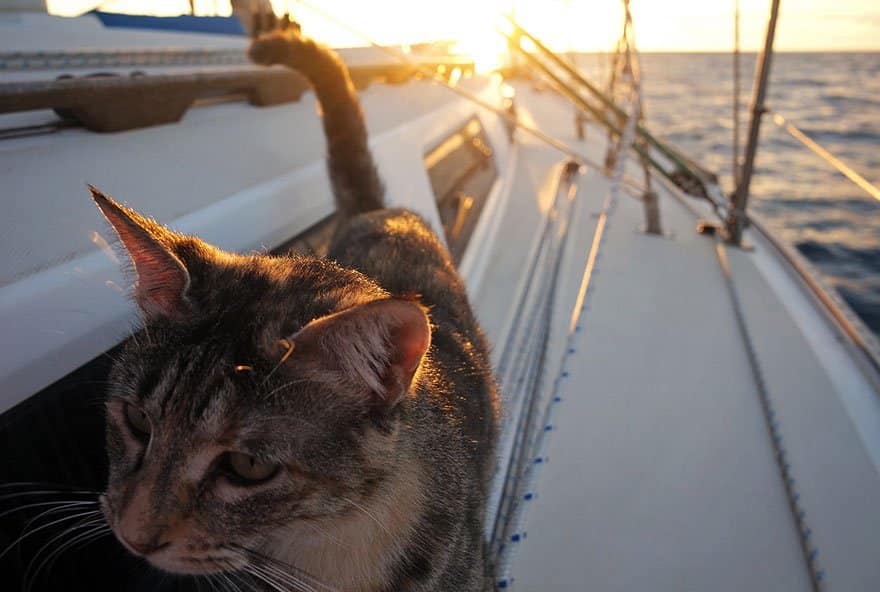 Georgie was adopted by the couple tears ago and they’re all praises for their pet cat because he “does very well with the sailing.”

Looking back, Matt and Jessica agree that living the cruising life “has been great for (their) relationship.” 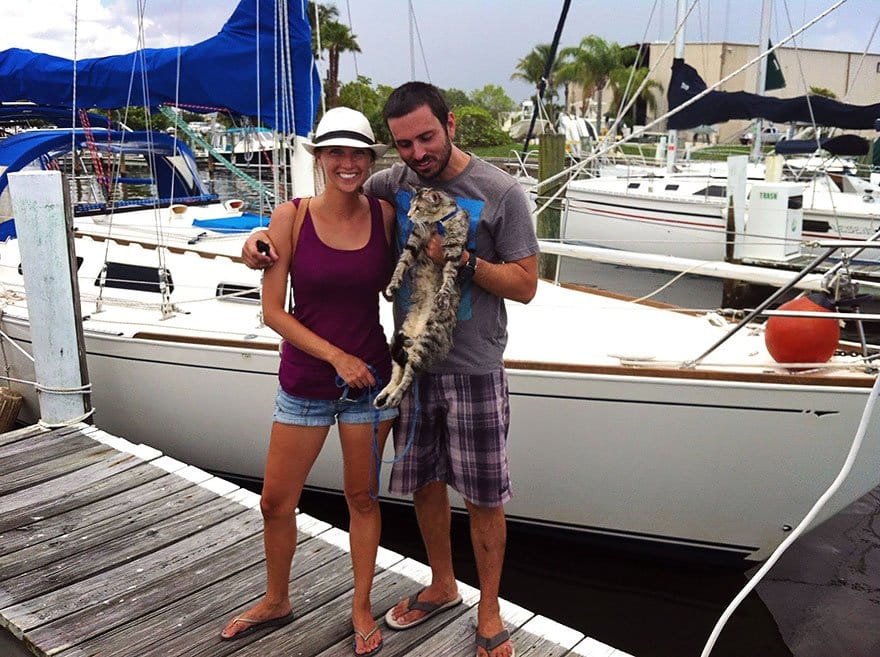 The couple’s story has attracted a lot of online attention. They’ve also made a website and a Facebook page to document their journey. For many, their awesome life together serves as a great source of inspiration.

Even special occasions are celebrated onboard! 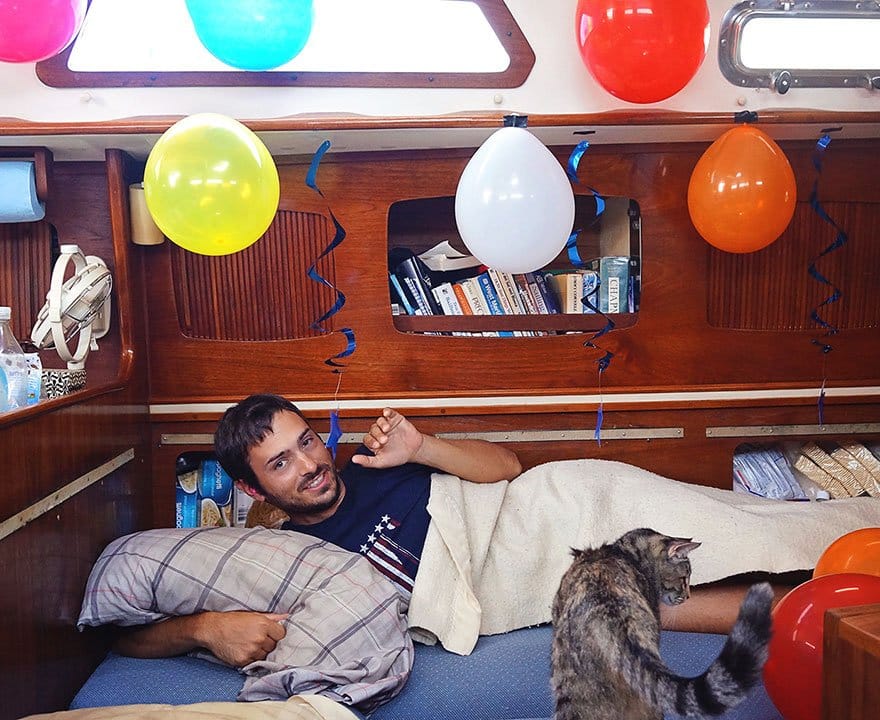 They wanted a “productive life” and that’s what they had. 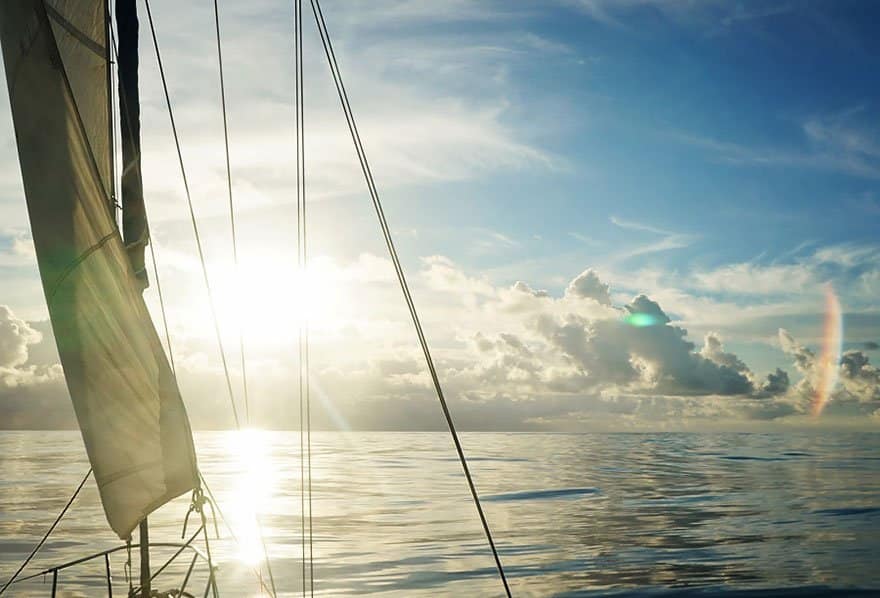 Relaxing with a rhino. 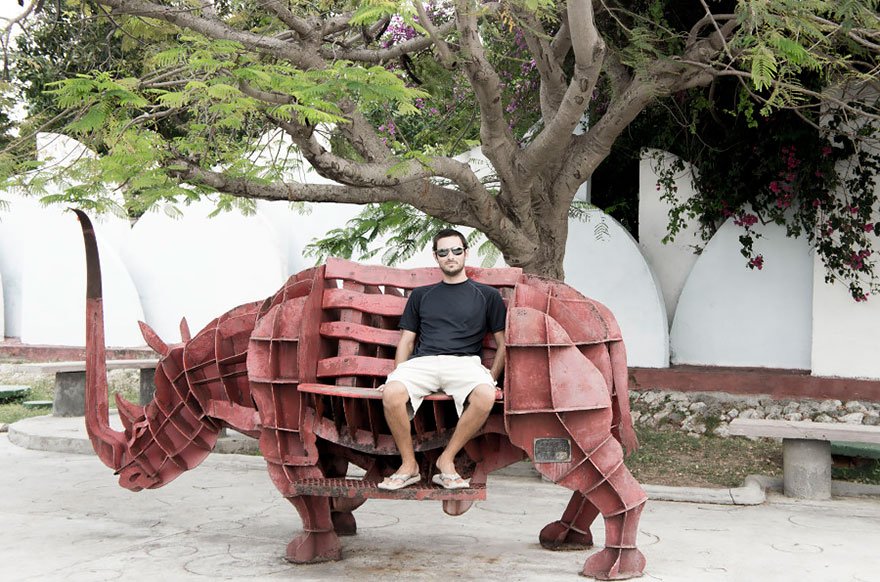 Discovering new places? It’s all in a day’s work for Matt and Jessica. 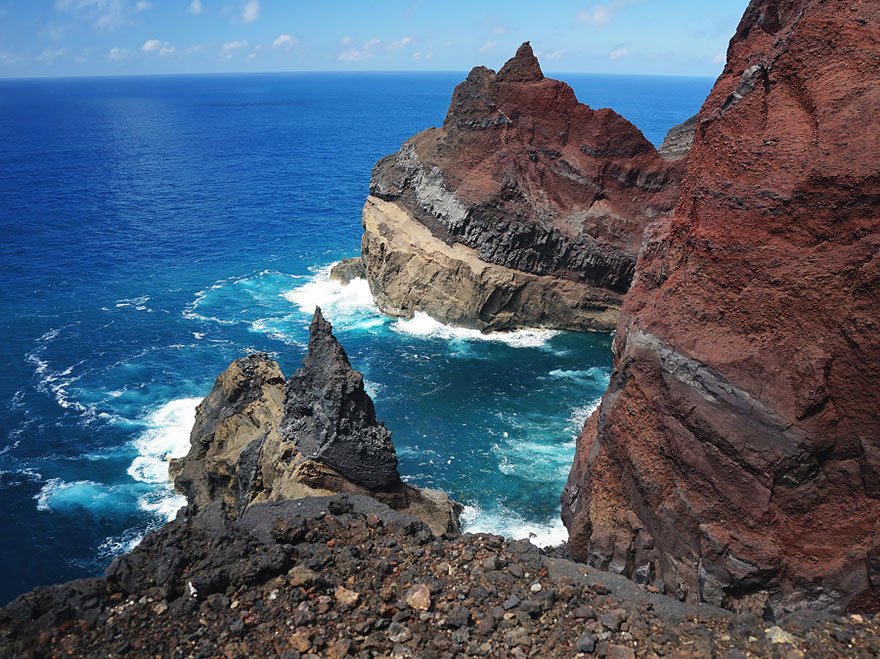 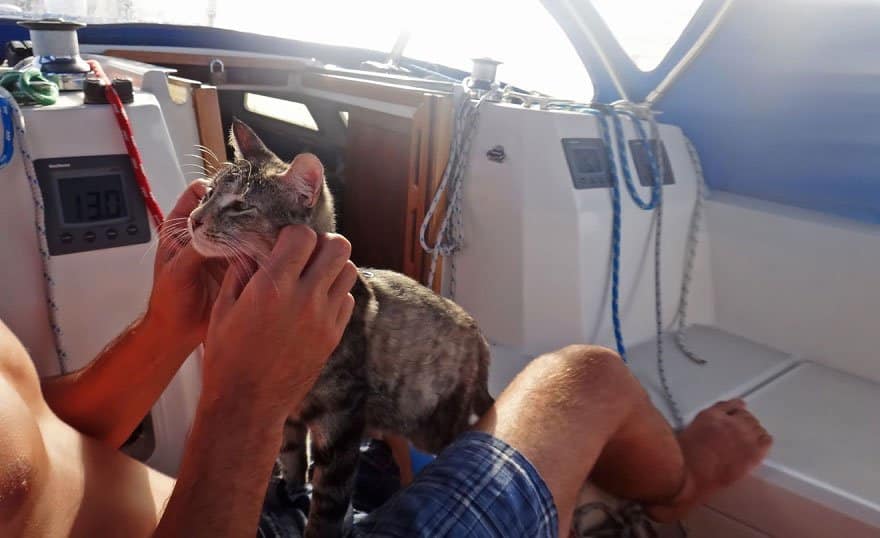 Georgie keeps the couple entertained with her cuteness. 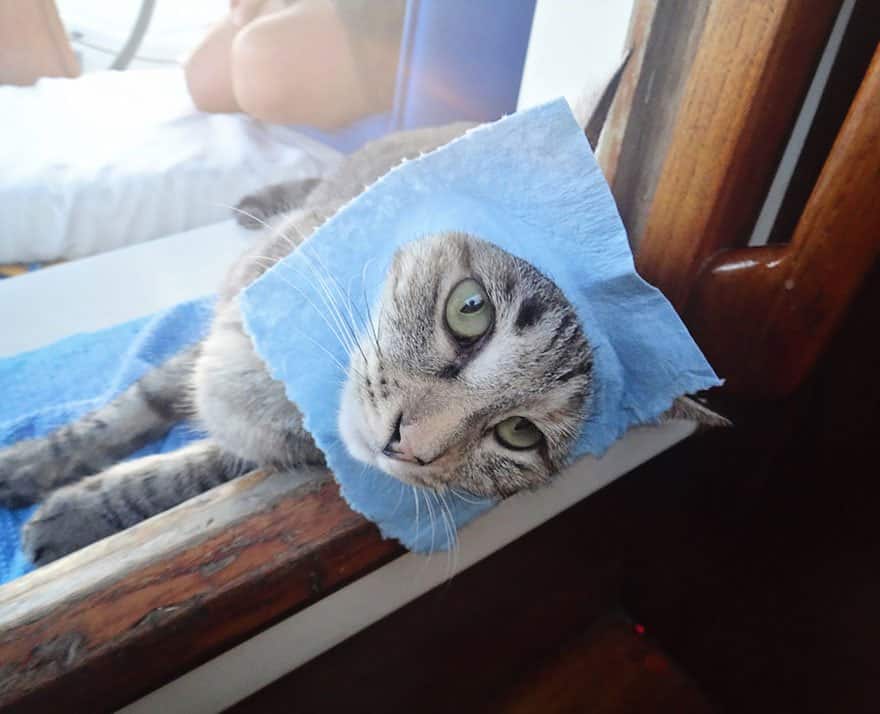