Pokemon Go is becoming a worldwide-crazed since it was released as an augmented reality game on smartphones. Yes, it will make you – once again – glued to your mobile phones, but it will let you explore the outside world.

However, what if by hunting Pokemon monsters, you will be led in a horrifying park full of spider webs? This is the experienced of Leslie Schmidt and her boyfriend, Bryce, when they were playing Pokemon Go on Sunday in Yinnar, Victoria in Australia.

We were trying to catch a Meowph (one of the creatures in the game) when we suddenly found ourselves surrounded by this enormous web. We were dumbfounded – it was like Christmas meets Halloween! 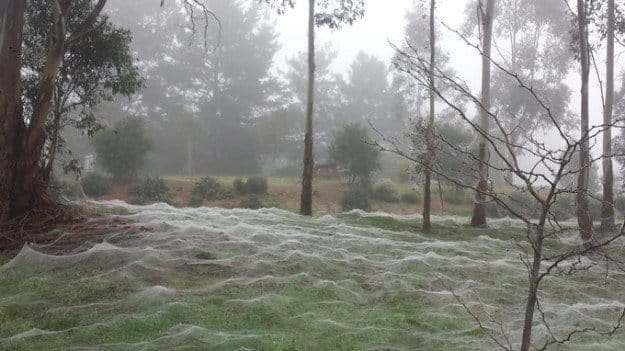 The horrific phenomenon Leslie and Bryce discovered is called Ballooning. The event is happening when spiders are being brought by a flood to the higher grounds.

I guess I just loved the juxtaposition of wonder and horror. It looks so snuggly but it’s what they use to trap dinner. 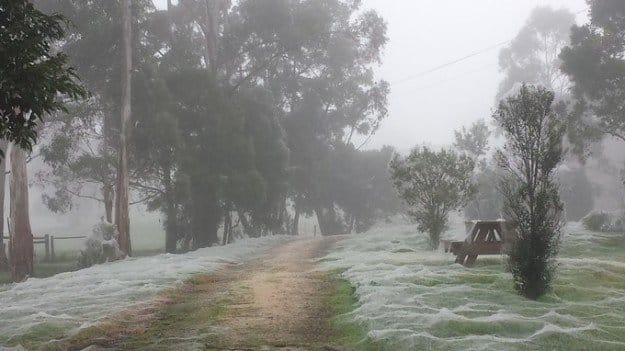 The heavy rains in Australia are resulting to a herd of spiders taking flight to the ground that causes them to cover the land with a vast volume of spiderweb. 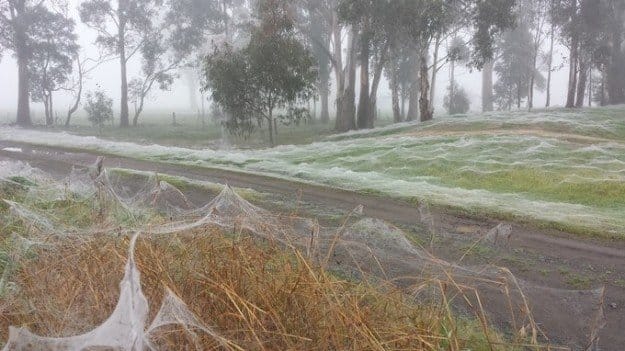 Leslie admitted that she was teased to roll over in the spider silk, but afraid that she will be caught by spiders.

We weren’t saw what species they were so we didn’t want to get too close, but it was probably the most fascinating thing I’ve ever seen. 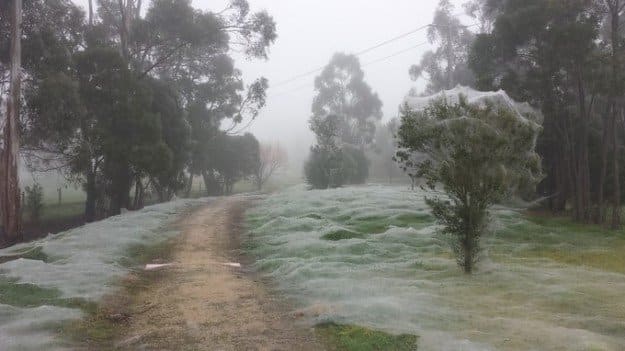 Ballooning is usually made by small spiders, like young wolf spiders or money spiders, climbing to the top of trees or plants.

Here, the creatures are releasing a flag of spiderwebs and as the wind blows, it will be formed as a whole that will cover the ground. 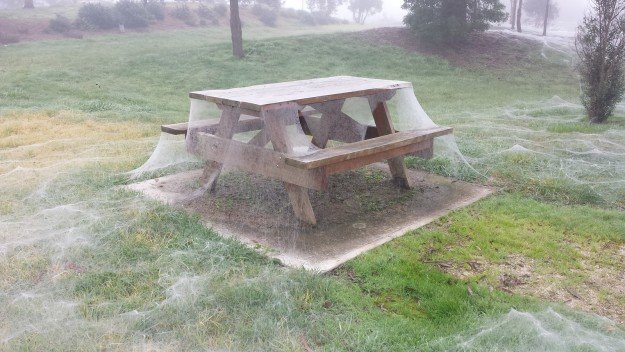 The shocking pictures were then posted on Reddit by Leslie and gathered a number of flabbergasted reactions.