It’s amazing what a mother’s love can do. A comatose man has just gained consciousness after being in a coma for 12 years. Not surprisingly, the first thing he saw was his mother, who had taken care of him for more than a decade.

Wang Shubao has been in a coma since he was involved in a car accident in 2006. The tragedy left him in a coma and a quadriplegic. Nevertheless, his loving mother Wei Mingying stood by his side. Every day, the 75-year-old mom would wash him, massage his limbs, and fix his position so he didn’t get bedsores.

Wei devoted her life to taking care of her son for more than a decade. 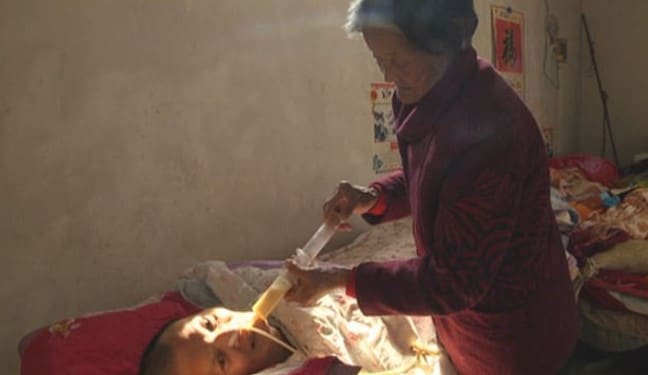 Wei has gone through a lot since Wang’s accident in Shouguang in the Shandong province in east China. Because her husband had died years ago, the elderly mom became Wang’s sole caretaker. She had actually spent her life savings on her son’s medical bills. In addition to that, the devoted mother admitted that she didn’t eat for a whole month just so she could pay for his medical expenses.

A day in Wei’s life would regularly start at 5:00 AM as she washes his face then bathes him. She would then feed her comatose son and make sure to massage his limbs. Wei also repositions Wang in his bed. Even after 12 years, the determined mom never complained.

It has certainly paid off. One day, Wei noticed that Wang was smiling at her. He had gained consciousness and the first thing he saw was his relieved mother’s tearful face. 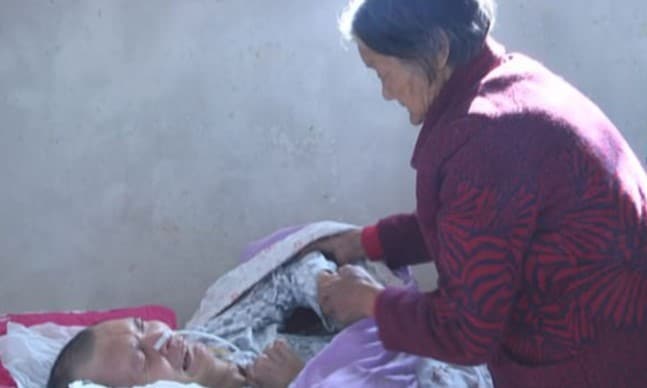 It’s an amazing story with a hopeful ending. Wei continues to care for her son since Wang is a quadriplegic. Nevertheless, she is happy that he is no longer in a coma after 12 long years. Some even believe that the mother’s love for her child actually helped bring him out of his coma.

What do you think of his heartwarming story? Let us know in the comments below.

Learn more about Wei and Wang’s story below: