An 11-year-old Shiba Inu dog named Cinnamon has captured the hearts of many Internet users with its infectious grin. Despite the dog’s seemingly happy disposition, Cinnamon suffers from glaucoma and Cushing’s disease.

Andrew Bua, an entertainment attorney in New York, has owned Cinnamon since March 2004, but it was his fiance Ashley Kroop who set-up an Instagram account for the dog, catapulting her to stardom.

Dubbed as the happiest dog in the world because of her permanent grin, Cinnamon has over 2,000 followers on Instagram.

“The amount of attention Cinnamon gets is overwhelming.Everyone stops us commenting on her grin. I like to say she looks like a clown because of her big, wide smile.”

According to Ashley, Cinnamon’s smiling is actually brought about by the dog’s panting. The couple, who is set to tie the knot on July 5, will have Cinnamon as their flower girl.

Meet Cinnamon, a Shiba Inu dog with a perpetual smile on her face. 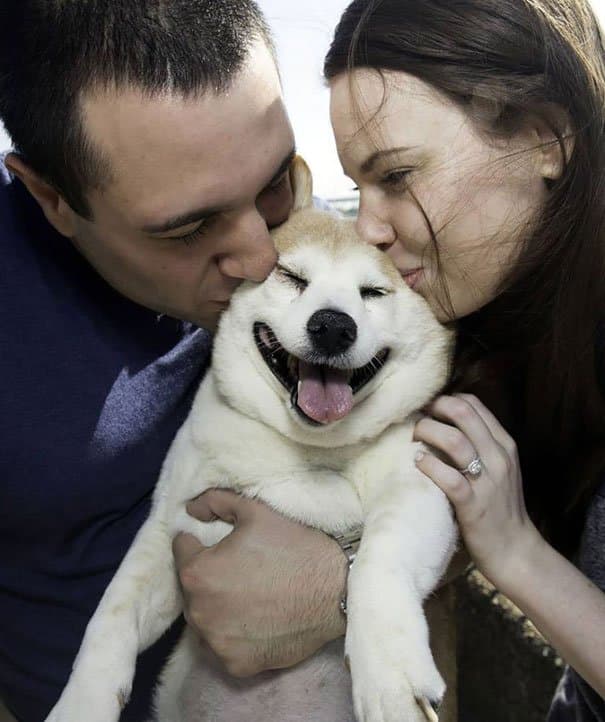 Despite the dog’s seemingly happy disposition in life, Cinnamon suffers from glaucoma and Cushing’s disease. 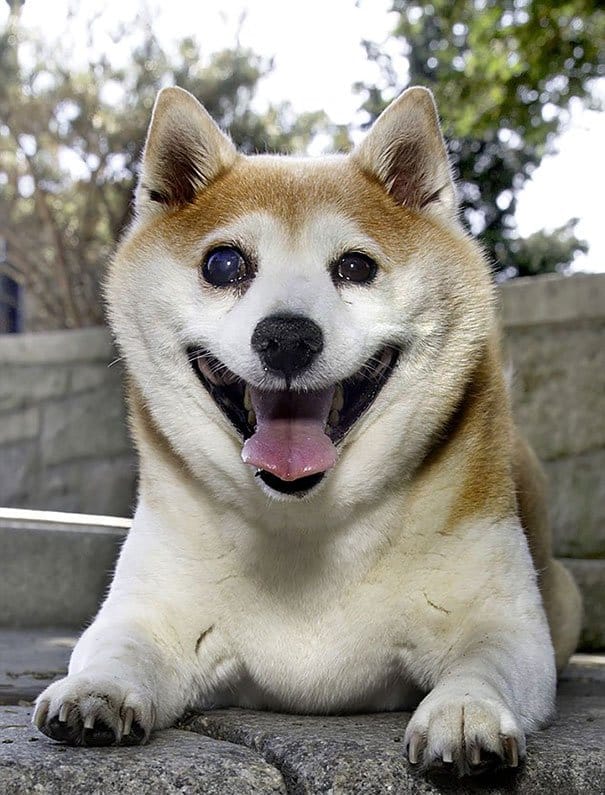 Still, her fans and followers see her as the happiest dog in the world. 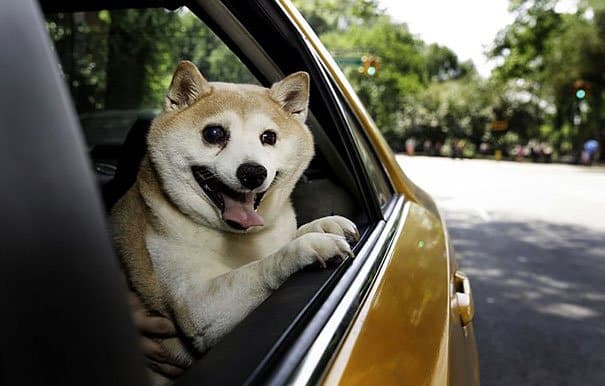 Her owners Andy and Ashley revealed it was quite challenging to take care of a sick dog. 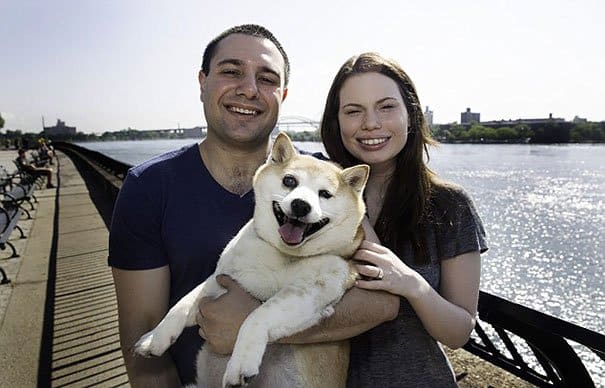 But they won’t give up on this four-legged fellow. 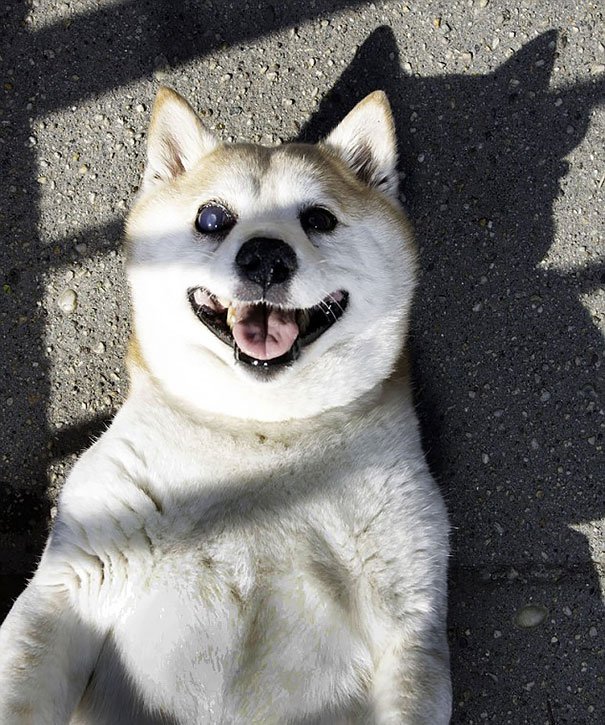 “It’s impossible to say no to her face,” says Andy. 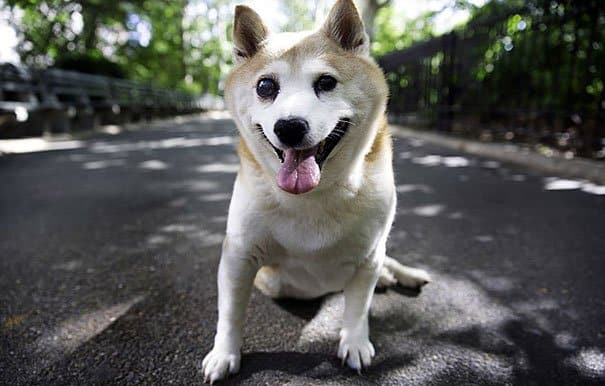 “There is nothing Cinnamon loves more than being around me and Ashley.” 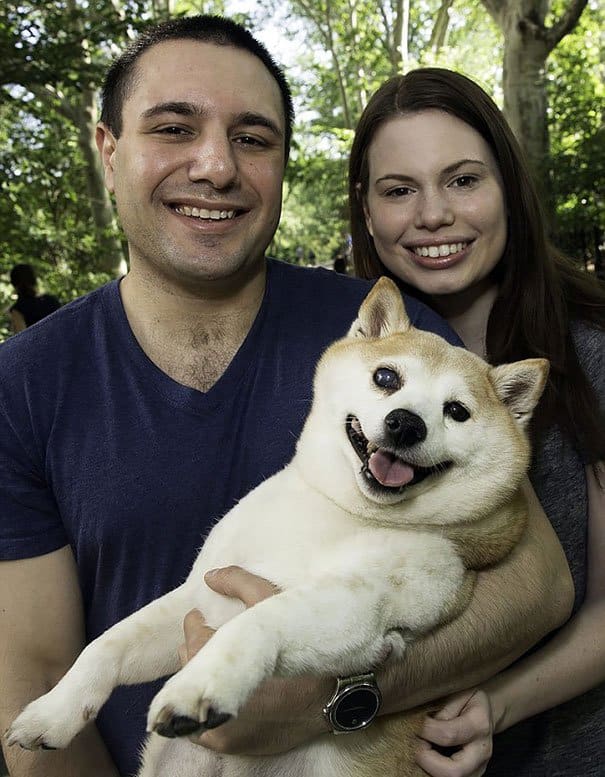 Cinnamon will serve as their flower girl on their wedding day, a perfect occasion to show off her grin. 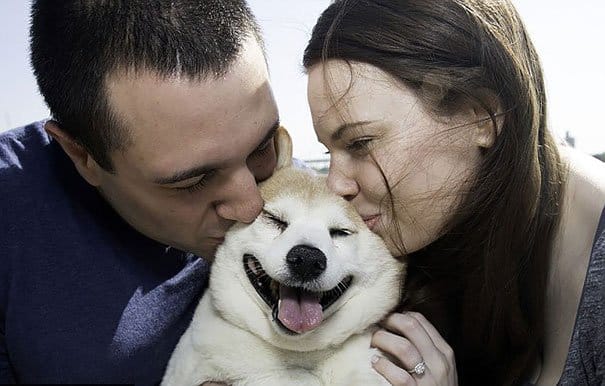 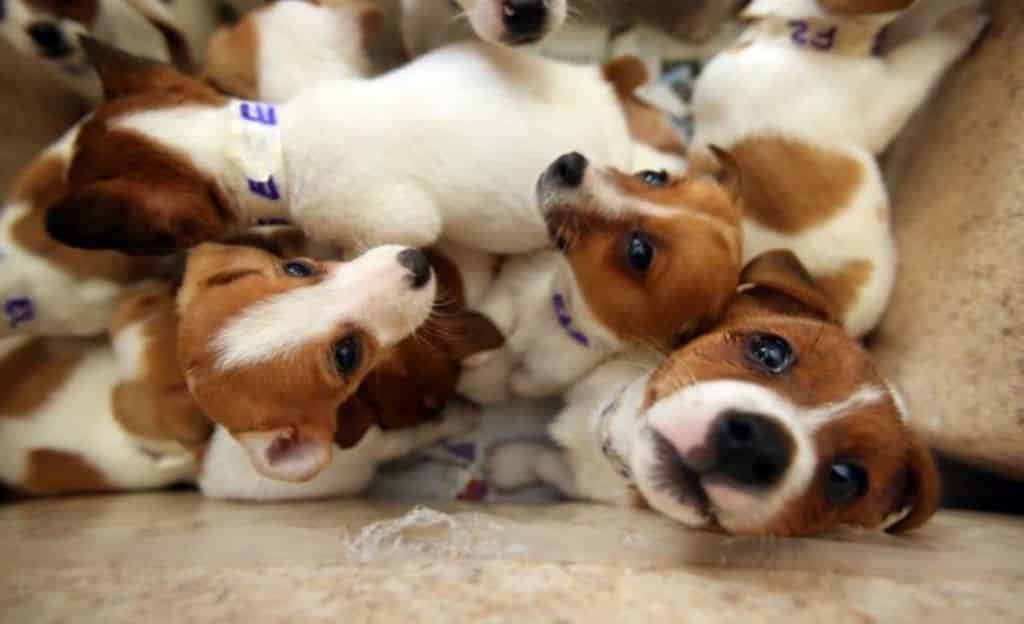