When you ask most seven-year-old kids today what they want to be when they grow up, you’ll most likely receive typical answers. They would often say that they want to be doctors, teachers, firemen, policemen, astronauts, or potatoes (in extreme situations) in the future. Well, that’s totally normal and we’re fine with it.

However, a certain seven-year-old British girl named Chloe Bridgewater has a unique goal: she wants to work for Google (and be an Olympic swimmer and, uh, work in a chocolate factory, too – but hey, part-time might work). To show the Silicon Valley giant that she is serious, she sent them a handwritten job application letter. Chloe seems genuinely interested in landing a job at Google because she’s not one who loves to write letters, so we guess it took her some serious effort to do so. In fact, this one is only the second letter that she wrote all her life – the first one was addressed to Father Christmas. 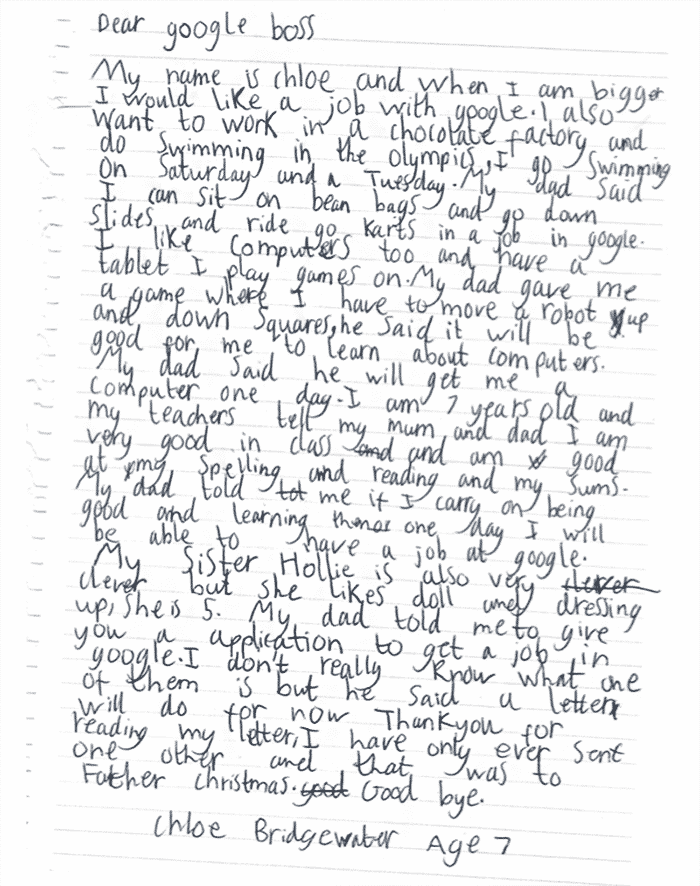 Andy told his daughter, Chloe, about the Google Headquarters. 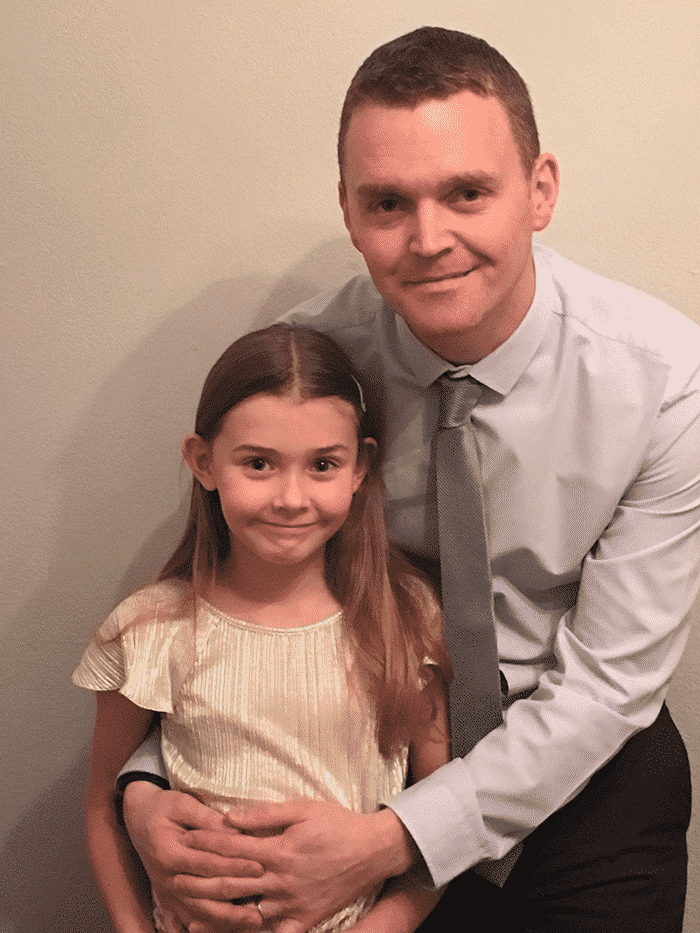 What sparked Chloe’s interest to work for Google was the question that she once asked her father, Andy. She wondered what he would’ve done instead if he wasn’t selling refrigerator parts. Andy told Chloe that he would’ve loved to work at Google because it would’ve been cool. He then showed her photos of the Silicon Valley headquarters, including the slides, go-karts, and bean bags. And, upon seeing the photos, she decided that she found her dream company. Being the supportive father that he is, Andy encouraged Chloe to write Google a letter, which she did.

But, neither Andy nor Chloe expected what came after sending the letter. The thing is, “Google Boss”, who is none other than Google’s CEO Sundar Pichai, sent her a response! 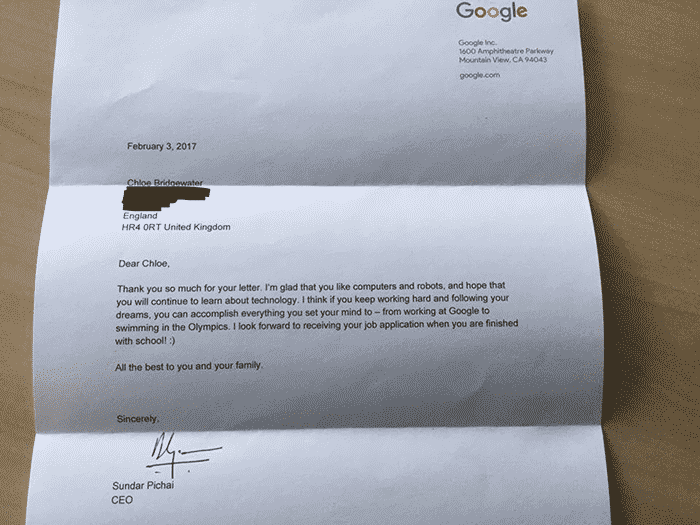 Andy and Chloe were fired up when Mr. Pichai replied to the letter.

Netizens were quick in commending Chloe for her strong character and motivation.

Well, Google’s CEO sure is awesome. And there’s one more thing that we’re definitely sure of aside from that – Chloe is certainly going places. We wish their family all the best!