Domestic violence against children and women is an unforgivable crime regardless of which country it is committed. So much more when the abuse is brought about by police brutality as cops are supposedly there to serve and protect the public. However, some policemen in China have seemingly grown inconsiderate of gender and age as a viral video on Chinese social media shows a cop viciously attacking a woman.

A video of a Chinese cop violently slamming down a woman holding a baby is causing an outrage on social media. The alleged police brutality filmed by witnesses featured a policeman forcefully wrestling a woman to arrest her.

The video starts with a cop confronting a woman who was carrying a baby girl. The conversation seemed to heat up when the woman reacted badly by pushing the cop by his chest. After two to three shoves, the policeman felt provoked, causing him to wrestle the woman and knocked her down the ground.

As the woman denied charges pressed on her by the traffic cops, she reportedly started to challenge the officers. 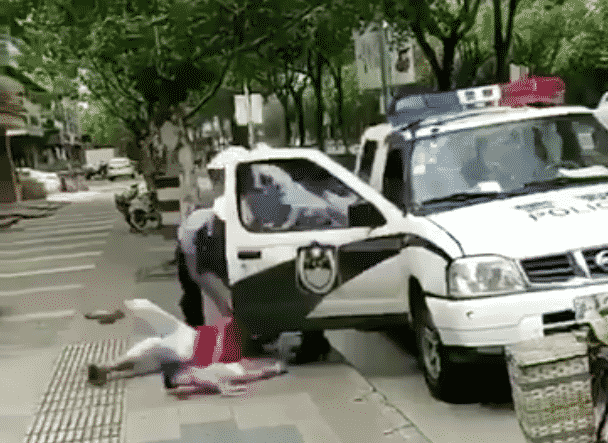 Fortunately, the toddler did not receive any serious injuries from the fall. However, her mother ended up with badly swollen face and eyes.

The altercation is said to have happened after the woman was charged with illegal parking in Shanghai. After the police restrained the woman, witnesses then rushed to help the toddler.

This is the complete video pic.twitter.com/BLhHwsoPDx

According to Independent UK, the involved police has already been suspended and is not allowed to perform his duties until formal investigation on the vicious attack is completed. On the other hand, it is not yet clear whether the woman was already released.

Most of the people who already saw the video sided the woman suggesting the police should have been more patient. There were some people, however, saying the woman should have not provoked the police.