Cheating is the lowest form of mistake you can do to your significant other. It destroys trust and confidence. Most relationships get shattered because of it. In life, we are taught to be careful of what we do to others because of karma. As the saying goes, for every action there is an equal and opposite reaction.

What would you do if you found out that your partner for more than a year has been cheating on you? Are you willing to do a drastic move of humiliating him in front of many people? Personally, I’d say yes.

Cheaters should not be allowed to roam around while spotting their next would-be victim. They should be locked up somewhere where they don’t have the chance to manipulate anybody. But that’s just me.

In this video, a woman suspected that her boyfriend has been cheating on her. She has no proof but she is so determined to find out the truth. She collaborated with a reality TV show to do an investigation and in return, they will air their case on national television.

The girlfriend cries after she discovered her boyfriend’s infidelity. 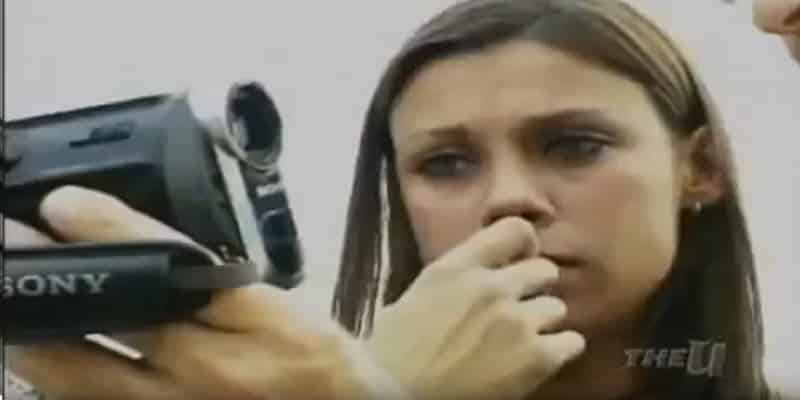 The show hired private investigators to follow her boyfriend’s every move. Although the girlfriend may have agreed to the terms in finding the truth, she is also hoping that she was wrong all along about her suspicion. But that wasn’t the case. Apparently her boyfriend has been seeing someone and even picking up a random woman at the bar. This is not exactly the truth she wanted to learn.

To make the situation worse, her boyfriend is actually engaged to be married to another woman. The girlfriend was so dumbfounded about the situation, especially after learning that her boyfriend has been lying about his real name.

The girlfriend went to the wedding day of her alleged boyfriend and that’s when things get out of hand.

Check out the video.