Truly, a dog is a friend for life.

This was exemplified by this CCTV video caught in a neighborhood in Louisiana wherein a little boy was seen running inside a garage and giving the dog a quick bear hug before going back out to the street.

The owner of the house and the dog, Hollie Breaux Mallet, posted the video on Facebook not to embarass or scold the young boy, but to encourage him to stay longer and play with her dog, Duchess. 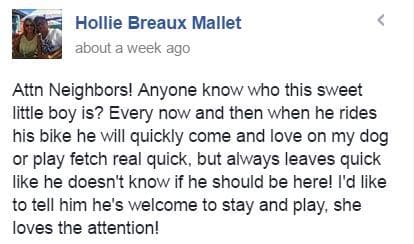 Not long after, the Facebook post caught the attention of Ginger Clement Breaux, and recognized it was her son Josh who was in the video. Apparently, Josh’s own dog named Bella died a year before. They had the dog since Josh was a toddler.

Watch the heartwarming footage below:

Now, Josh is welcome to play with Duchess and with no need to sneak around. 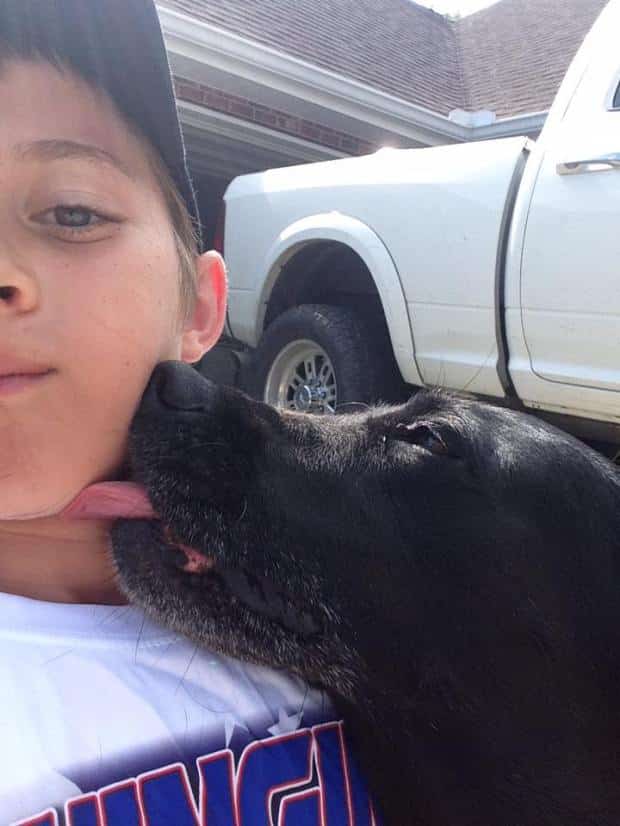