Most of us probably spent our Valentine’s Day with one special lady or man. However, Candyman took the holiday to a truly different level. The Australian multi-millionaire decided to celebrate an extravagant Valentine’s with his wife as well as his three girlfriends.

Travers Beynon is known as Candyman for a good reason. He owns the Candy Shop Mansion which is pretty much the Australian version of Hugh Hefner’s Playboy Mansion. Although he is often seen as a playboy, the tobacco tycoon actually takes special care of his wife Taesha, his children, as well as his three girlfriends. You’ll be pleased to find out he is actually a loving husband, generous boyfriend, and caring father. In fact, Beynon made sure Valentine’s Day will be truly amazing for all the women in his life.

Beynon working hard with two of his girlfriends.

Beynon started the day by having his chef prepare breakfast for the women. He then greeted each girl with a kiss and sat down with them for the meal. After that, he took the ladies out for a busy day of shopping.

Candyman made sure that each of his partners had enough luxurious gifts. He followed that up with an evening meal with all four women.

Of course, since it’s Valentine’s Day, Beynon himself had a great time after treating the women on the special holiday. After dinner, he took everyone back home to the Candy Shop Mansion for some romance.

The Candyman made sure his ladies had a great breakfast. 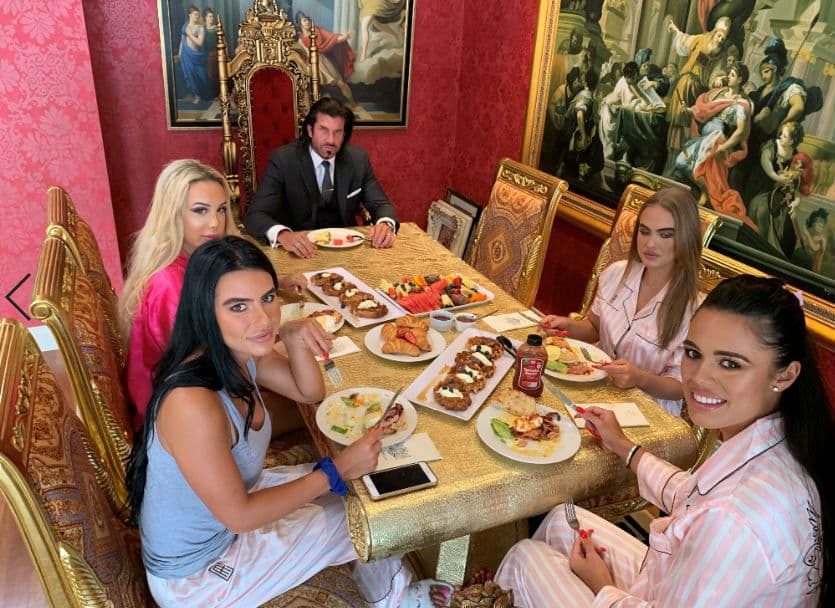 Shopping at Versace with the wife and girlfriends. 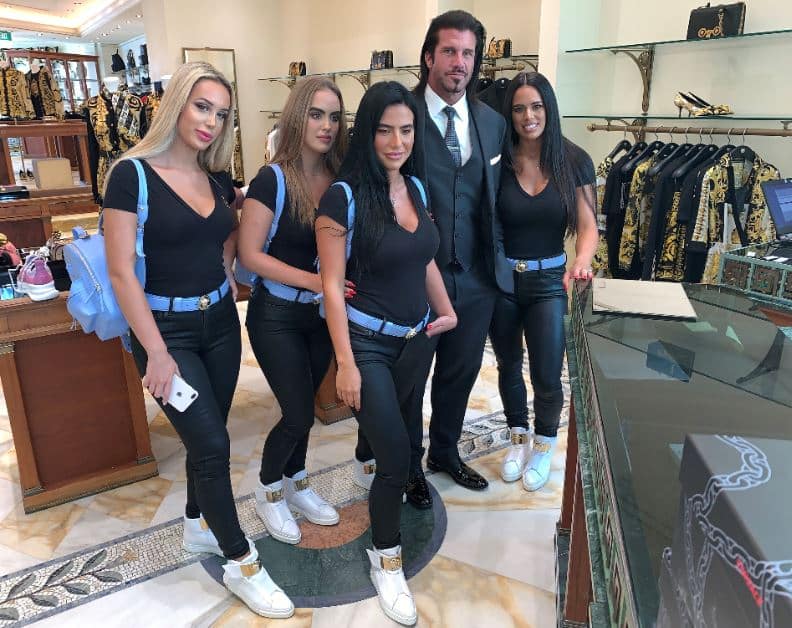 People certainly have different opinions about Candyman’s lifestyle. Interestingly, Beynon himself admits that having a wife and three girlfriends can be difficult at times.

“The bedroom has three large king-sized beds, I actually have another bedroom in the house which is just for me so if it ever gets too much, I escape to that,” Beynon said. “Managing girls who are romantically involved, emotionally involved, can be challenging but the more you do it the better you get at it.”

Why aren’t your wishes coming true?… cause I have the genie

Despite being a world reknown self-styled playboy, the Candyman says family is hugely important to him. According to Taesha, her beloved husband is very romantic when he wants to be. You would not know it from Instagram but he has a sweet side. The Candyman is just a persona.

“Our initials were the same even before we married. We were just meant to be together,” she said.

The Beynon family enjoying a holiday in Thailand. 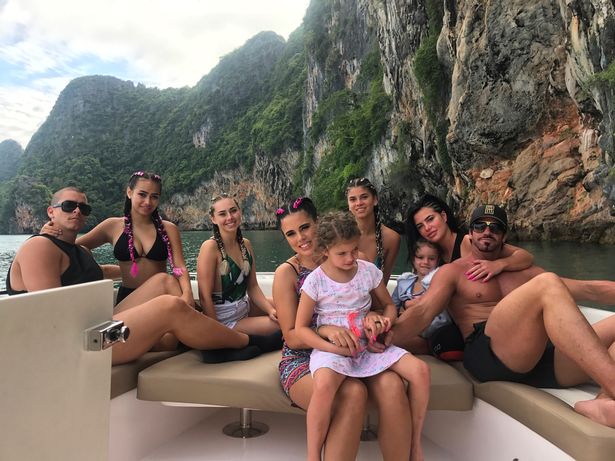 Travers Beynon and his wife have two daughters, Velicia, 6, and Serafina, 5, and Travers has two children from a previous marriage to Venezuelan beauty queen Ninibeth Leal – Valentino, 18, and Luciana, 15.

Travers with his children from his first marriage. 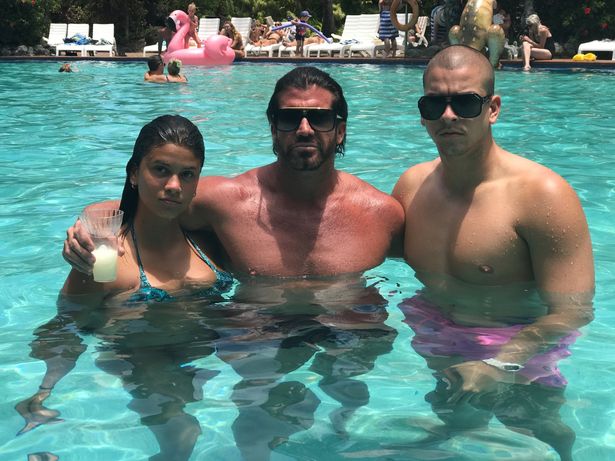 Travers says that family time is hugely important to him. 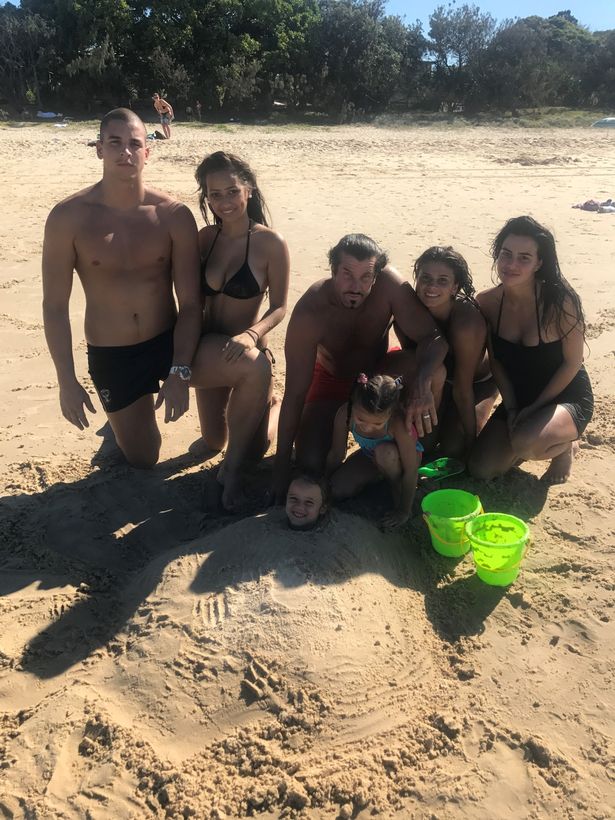 The Beynon couple lives in their dream house – the Candyman Mansion – where they throw their elaborate parties. They have a custom made bed, the size of three king sizes put together, that stands under a mirrored ceiling spiked by a stripper pole.

Travers Beynon and his dedicated wife has ‘strict rules’ for his multiple girlfriends — one being that everyone in the house shares the same bedroom.

Aside from his wife and girlfriends, Travers loves to spend time with his kids. 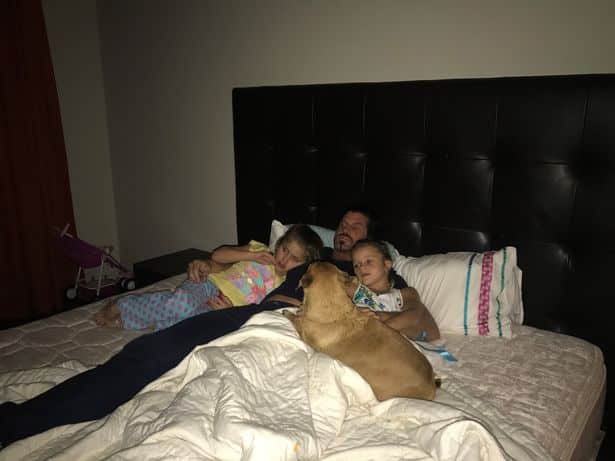 At the parties, the younger children are never involved, and are shipped off instead to their grandparents who live nearby, or kept in one of the mansion’s 15 bedrooms with their nanny away from the maddening crowds.

And Travers takes his parties seriously.