Children can really be a handful. Young ones definitely love to explore the world around them, and that could mean putting themselves in rather risky situations. One little girl from the Philippines recently had to be hospitalized after her curiosity led to an emergency.

Filipino mom Mikee Mae Timpug recently posted her story on Facebook. In her post, she talks about her daughter’s medical emergency in the hopes of preventing similar situations from happening to others.

According to Timpug, the problem started when her daughter started having on and off fever. 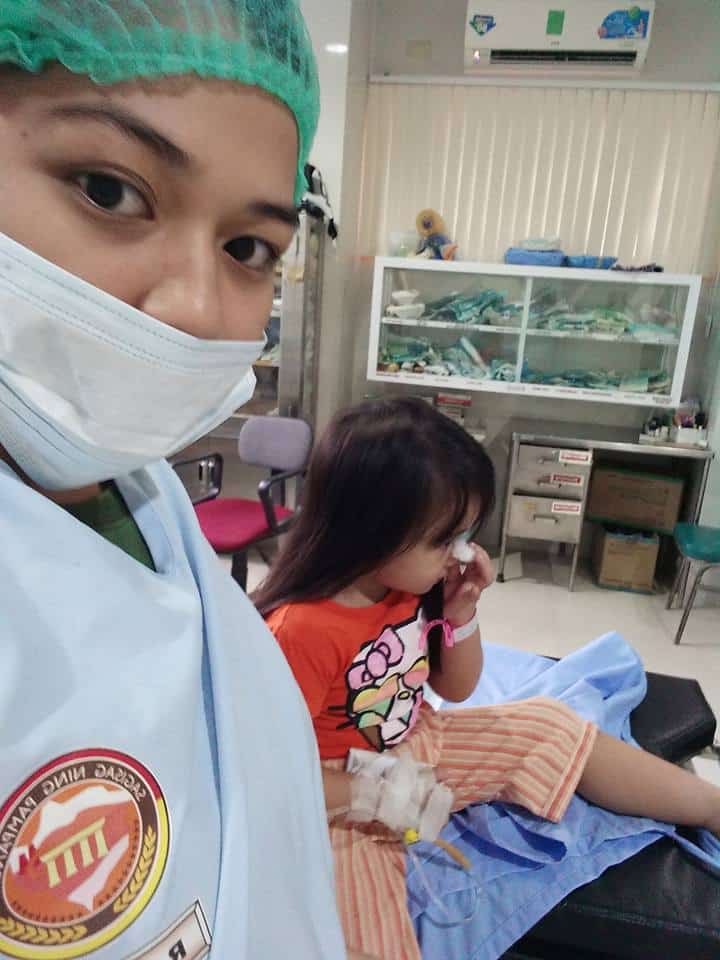 “In September, my daughter was always getting sick for no reason. She had an intermittent fever until the end of October. Her temperature ranged from 38 to 39 degrees. Sometimes, her fever would last for a week. She would be okay, and then she would get sick again but without a cough or cold.”

The mother also noticed how her daughter would frequently pick her nose. 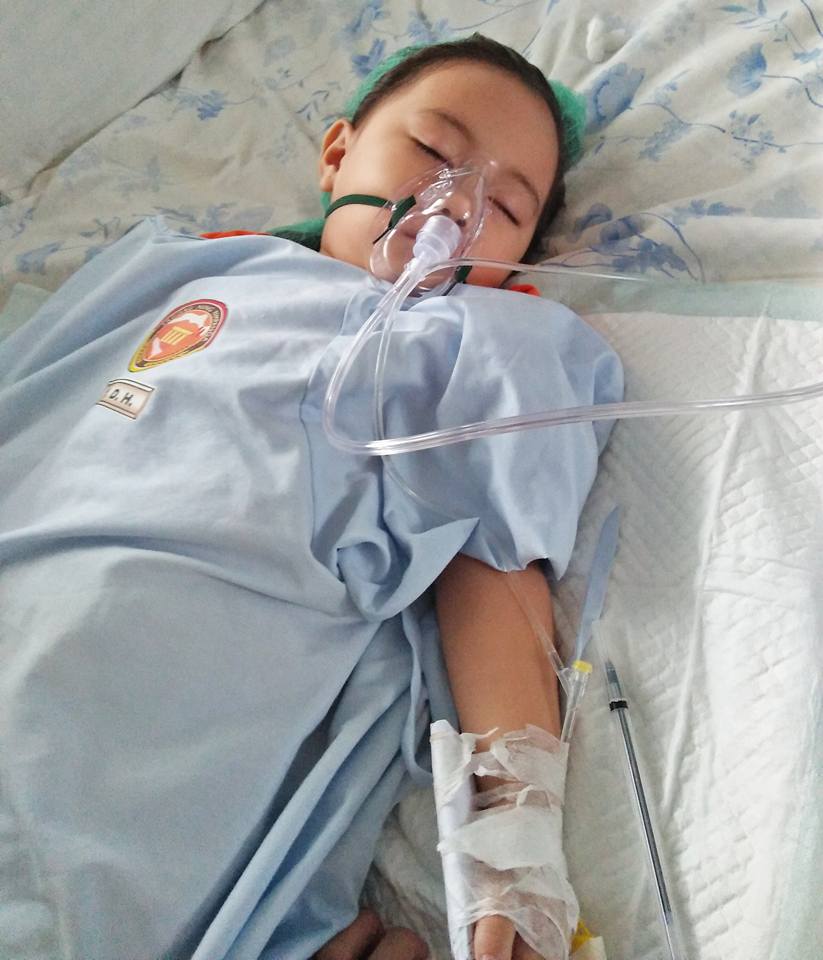 “On October 29, while I was using my cellphone and Maerel (the daughter) was sleeping, I noticed her breathing sounded dry and her nose was making a whistling sound. I thought her nose was merely dry and had a booger, so I got a cloth and oil and cleaned her nose. She became okay after that.

But the next day, the same thing happened. And that’s when Timpug decided to do some investigating.

She used a flashlight to look up her daughter’s nose.

She was shocked to see something round stuck inside her daughter’s nose. 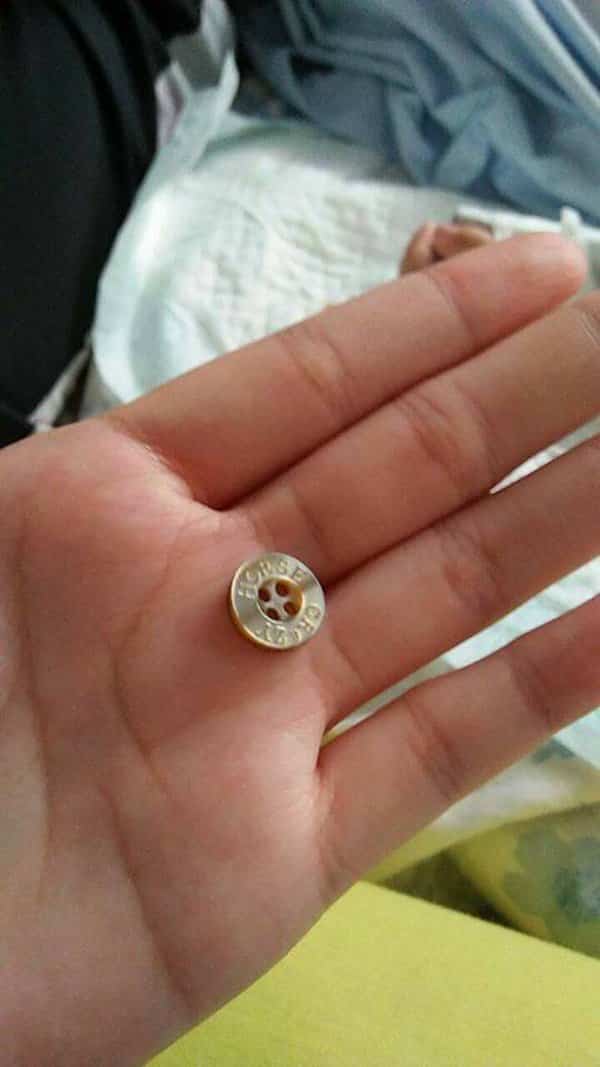 The mother tried to take the object out, but the child was in pain. The daughter’s ears and nose were also painful. So they went straight to the emergency room to get some help. After an x-ray procedure, it was found that the object was not metal but a round plastic button.

The child had to be given anesthesia to ease the pain of the procedure. The mother wrote on Facebook:

“We don’t know how it got there. I have a feeling it was there for three weeks to a month. There’s really so much you can do to watch over your child, especially when their curiosity strikes.”

According to the mother, it was the second time that something like that happened to her daughter. She told parents to double, or even triple, their efforts in watching over their children.

The mother also took a short clip of her daughter to document her discovery.

Two Things to Remember if This Happens to Your Child

#1. Try only once, then go to the doctor

Make only one attempt to remove the object on your own unless of course you think the situation is life threatening. The more you try and fail, the less cooperative your child will become when the doctor finally attempts to remove it. This increases the possibility of needing a surgical operation to remove the object.

If you attempt to handle the situation at home, you can try the so called “mother’s kiss” technique, which works best for small, hard objects like beads. Follow the following steps for the kiss method.

You can use this process to remove hard objects without a doctor’s help. Using this gentle pressure to force the object out is successful about 60 percent of the time 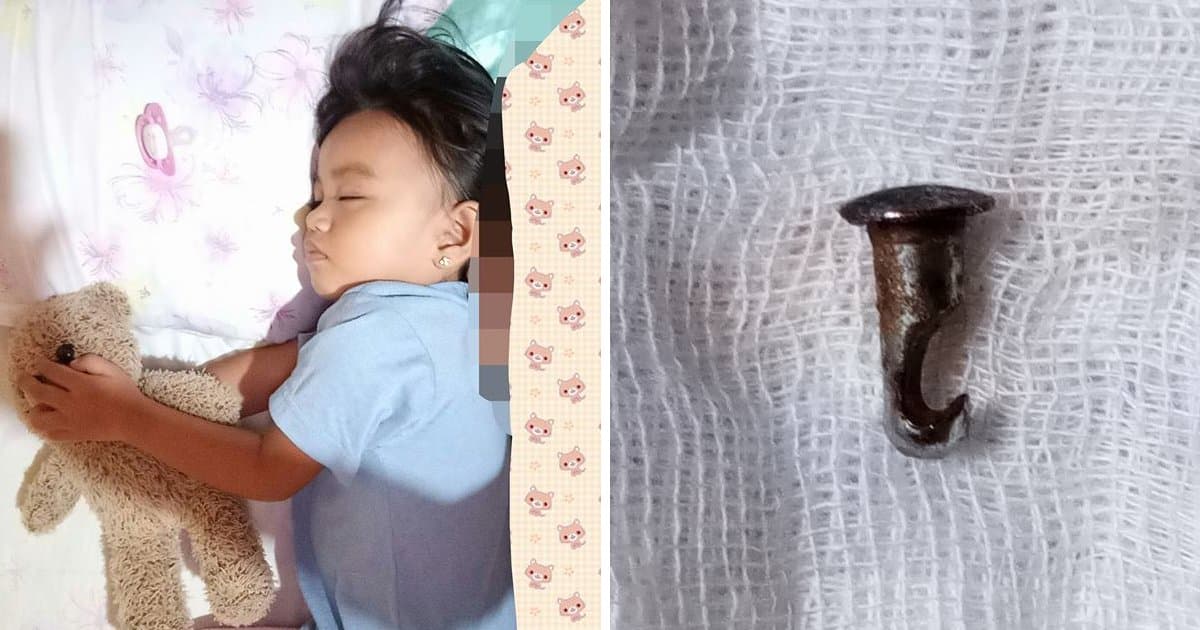