On Friday, just before her funeral began in Detroit, guards at Buckingham Palace in the United Kingdom decided to pay their respects to Aretha Franklin. The incredible performance comes as thousands of people gathered to bid farewell to the Queen of Soul.

Queen Elizabeth II paid tribute during the Guard mounting or Changing of the Guard ceremony at Buckingham Palace as the Band of the Welsh Guards performed a cover of Franklin’s 1967 signature hit “Respect.” The ceremony was being live streamed around the world throughout the day.

The 76-year-old singer passed away at her Detroit home on August 16 after a long battle with pancreatic cancer. 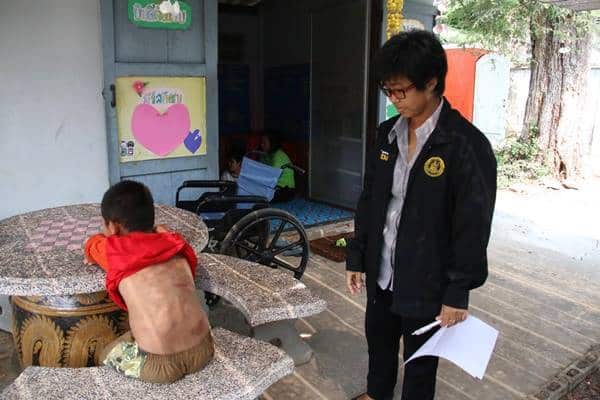 Buckingham Palace honors Franklin with an upbeat farewell performance on a sunny day in London.

“The Band of the Welsh Guards are world famous for their musical versatility and professional performance and this morning paid tribute to another musical icon and one that has been of huge influence and inspiration to our musicians – Aretha Franklin, whose funeral was being held in Detroit 3,748 miles away, at the same time of the Queen’s Guard Change.”

The guards chose Franklin’s song for the changing of the guard ceremony at the palace, surprising tourists, and onlookers. 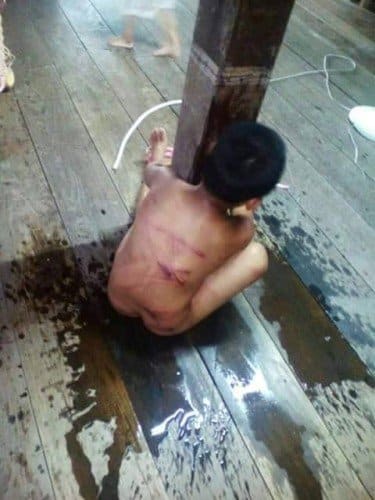 The performance was received with respectful applause from the gathered crowd. 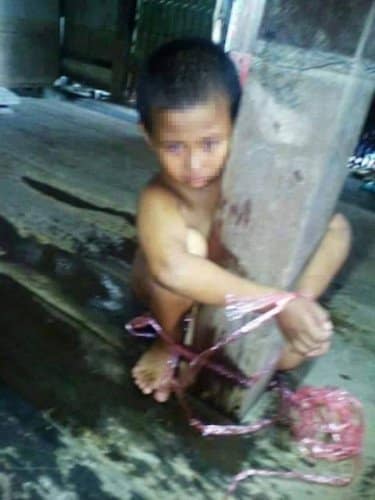 “In the Army Respect for others underpins all that we do, so there was only one tune that would do for today’s ceremony: the 1967 Aretha Franklin hit “R.E.S.P.E.C.T.” a declaration from a strong, confident woman who knows that she has everything.”

The footage spread across the social media platform, with plenty of users expressing their delight at the tribute.

Meanwhile, in Detroit, more than 130 pink Cadillacs from across the US have gathered to line the road in front of the church where Aretha Franklin’s funeral is being held. 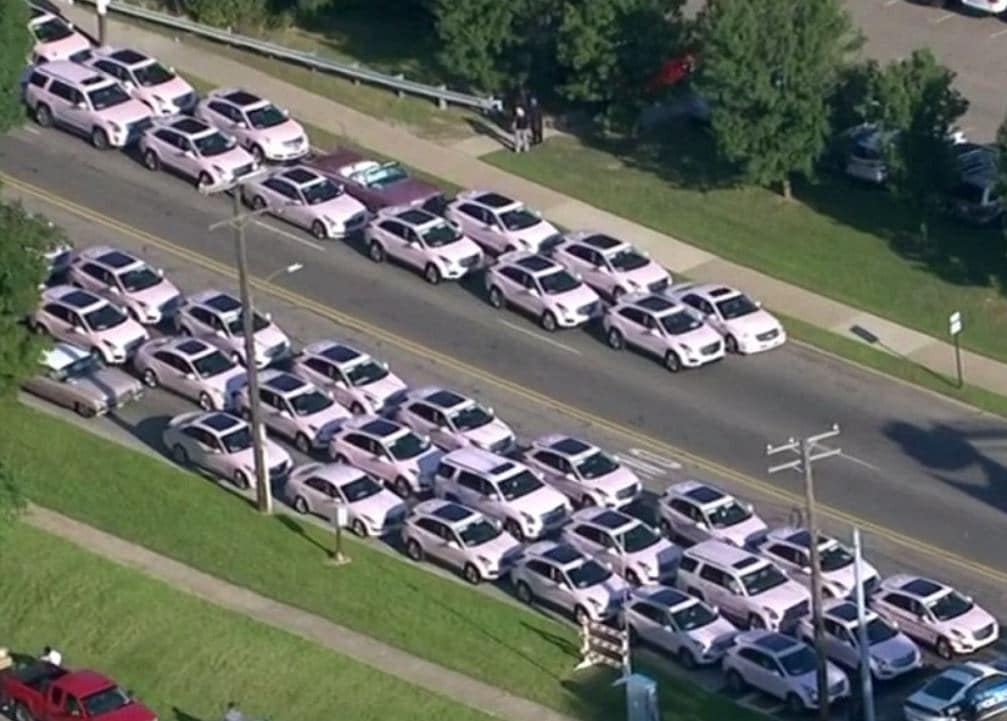 It was a homage to one of her most famous songs, “Freeway Of Love.” 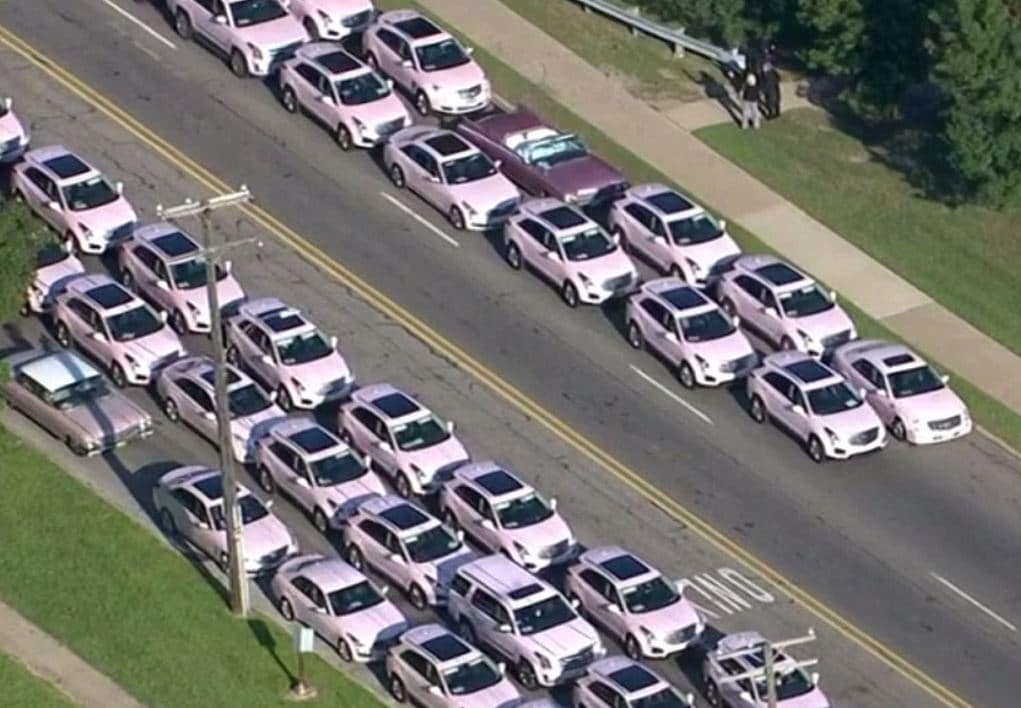