We all know that tattoos are a lifetime commitment. Ariana Grande is clearly pleased with the success of her single “7 Rings”, so much so that she decided to get a tattoo to immortalize it. Unfortunately, the new ink doesn’t exactly mean what she thought it does.

Grande got a tattoo in Japanese Kanji on her palm in honor of “7 Rings” reaching the No. 1 spot on the Billboard Hot 100. However, it looks like the “Thank U, Next” singer didn’t do her research on getting the symbols right. Instead of representing the seven rings she wanted, her new ink actually means “Barbecue Grill.” 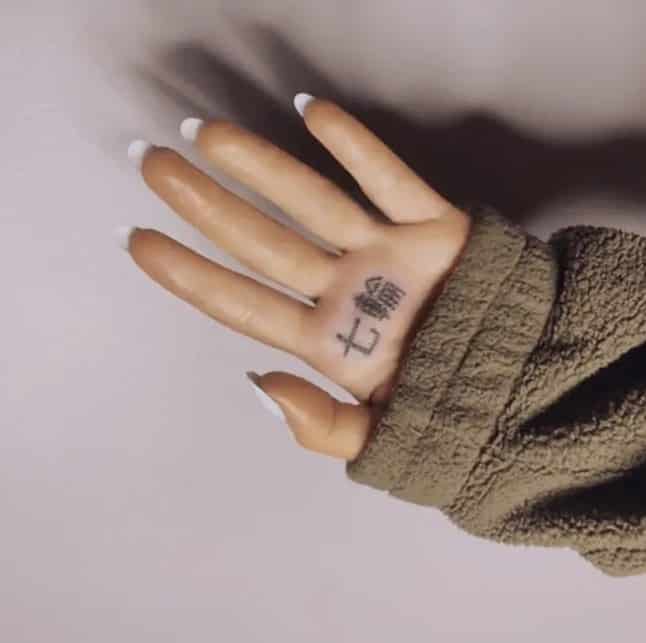 Technically, the two characters mean “seven” and “rings” when used separately. However, it has a completely new meaning when used together. “七輪” means “shichirin”, or small charcoal grill used for barbecue in Japan.

So what’s the right way to do it? There should be three other characters between the two symbols Grande used in her tattoo. The correct assembly of characters should be “七つの指輪” instead.

Naturally, people couldn’t help but troll Grande on her permanent faux pas. Several netizens immediately reacted to the tattoo although the singer has since deleted the tweet showing her new ink.

Can’t believe I did this….. I got a tattoo to match @ArianaGrande 😂🤧 pic.twitter.com/lGtV3xJHIb

ariana stans: ariana has a deep appreciation for the japanese language and culture and has been studying it for years
ariana: gets a tattoo that says bbq instead of 7 rings

Although people are laughing about the tattoo, Grande is taking it all in stride. She reportedly admitted that there were several characters left out from the ink but isn’t too worried about the lasting impression.

ariana grande really got a tattoo in japanese that says “portable grill” instead of “seven rings” and is playing it off by saying “it still looks tight”…. she literally just admitted to only seeing japanese as an aesthetic pic.twitter.com/rIAM1nOMeB

“it hurt like f–k n still looks tight i wouldn’t have lasted one more symbol lmao but this spot also peels a ton and won’t last so if i miss it enough, i’ll suffer thru the whole thing next time,” Grande wrote.

But was it intentional? Perhaps Grande wants to celebrate “7 Rings” as well as charcoal grills. The singer reportedly stated that she is a “huge fan of tiny bbq grills.”

Watch the video for “7 Rings” below: