Some trees in an elite neighborhood in Bristol, England were installed with “anti-bird” spikes by wealthy residents to protect their pricey cars from bird droppings. This has, however, enraged other residents and environmentalists as these well-off people are denying birds of their habitat.

Spikes used to prevent birds from nesting on building ledges over public sidewalks in Bristol were reportedly installed on two trees planted in an exclusive Clifton area of the city. The area is also situated near the wildlife-rich regions, Downs and the Avon gorge, making locals and environmentalists enraged. In fact, one Twitter user condemned the spike installation, and calling it a “war on wildlife.” Furthermore, a local Green Party councilor described the trees “uninhabitable to birds.”

People were guessing what these spikes are for. Apparently, they were nailed there to shoo away birds from nesting on the trees. 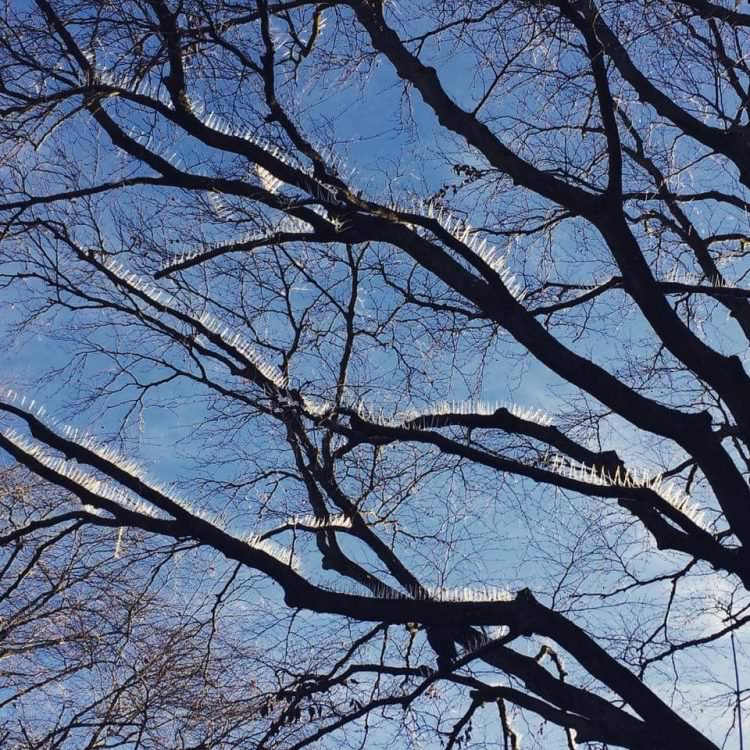 Although this has sparked indignation, the Bristol City council spokesperson said they don’t have the power to stop the residents from nailing spikes on trees. This follows the fact that the trees in question were planted on their private properties and were already installed for years now.

An unnamed resident confirmed in an interview that the spikes were intended only to protect cars from bird droppings. The tipper said:

“The spikes are solely to protect the cars; there is no other reason. There is a big problem with bird droppings around here. They can really make a mess of cars, and for some reason, the birds do seem to congregate around this area. We did try other methods to scare off the birds. I think we had a wooden bird of prey in the branches, but that didn’t seem to do anything.”

People are now criticizing the landowners where the trees are planted as they deem the act a “war on wildlife.” 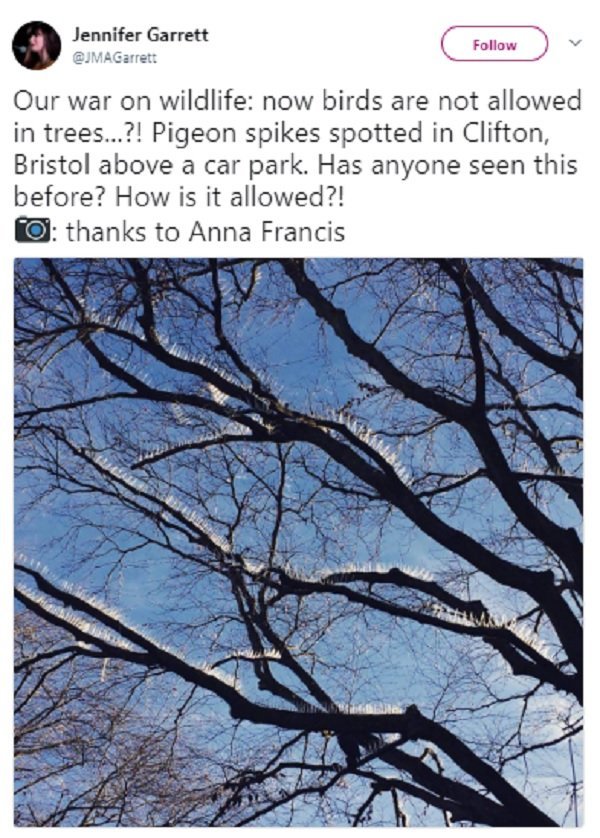 Green Part Councilor Paula O’Rourke, who represents the area, admitted he cannot just make a move about the issue as the car owners might have legal rights to nail the spikes on the trees.

He, however, promised to look into the situation, saying:

“I’m aware that the landowner might be legally within their rights to do this to the trees as they seem to be on private land. However, I will be looking into this at the council. Whether allowed or not though, it looks awful, and it’s a shame to see trees being literally made uninhabitable to birds – presumably for the sake of car parking. Sometimes it’s too easy to lose sight of the benefit that we all gain from trees and green spaces and from the presence of wildlife around us in the city.”

Other residents in the area confirmed that the spikes were installed to prevent birds from pooping on the landowners’ expensive cars. 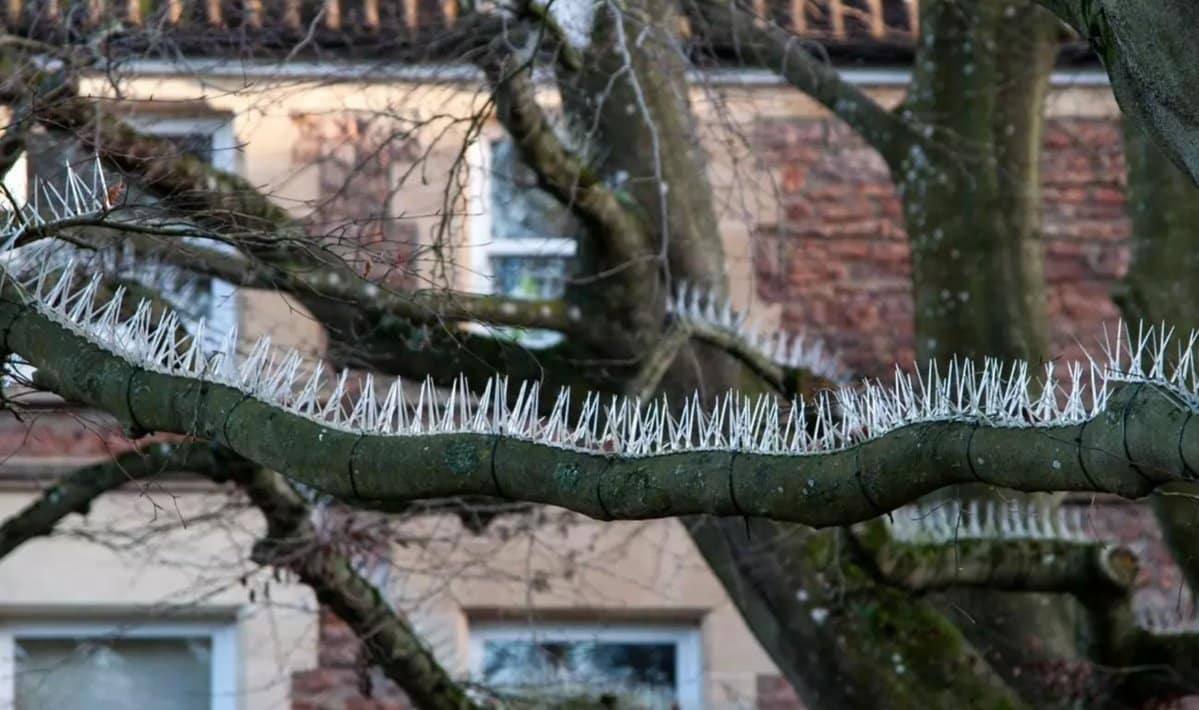 On the other hand, RSPB’s head of nature policy, Jeff Knot, called out to people in the area, pleading for their cooperation to preserve wildlife. He said:

“Nature is in trouble and needs our help more than ever. We have all seen recent TV programmes or reports in the media telling us that nature is facing a struggle to survive.

In fact, the recent State of Nature report highlights that more than half of all wildlife in the UK has declined over the past 40 years. Instead of looking at ways we can force nature into an ever smaller space, we should look at how we can live alongside wildlife and help give it a home in our villages, towns, and cities.”