Chinese Foreign Minister spokesman Lu Kuang criticized the British government over its plan to conduct a freedom of navigation in the disputed South China Sea, stressing that the United Kingdom warship “would stir up trouble”.

In a daily press briefing where transcirpt posted in the official Chinese Foreign Minster website, Lu said that the presence of a British warship, the HMS Queen Elizabeth in the disputed sea is not welcome. 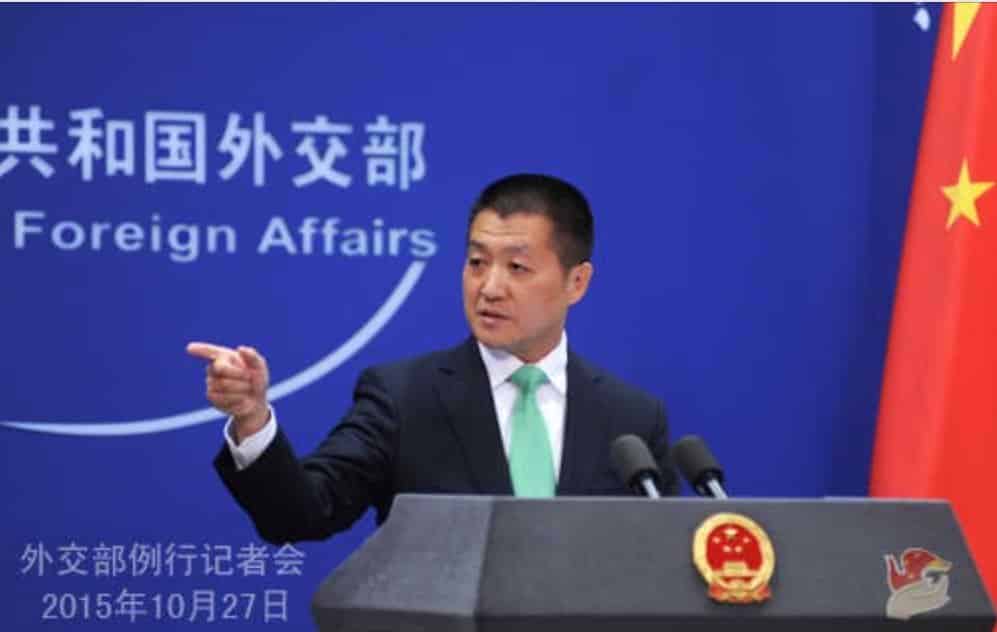 Source: Ministry of Foreign Affairs of the People's Republic of China's official website

“At present, countries in the region are working together to safeguard and promote regional peace, stability and prosperity, yet we see some countries outside the region who insist on stirring up trouble,” Lu claimed.

An Info-graphics of the HMS Queen Elizabeth 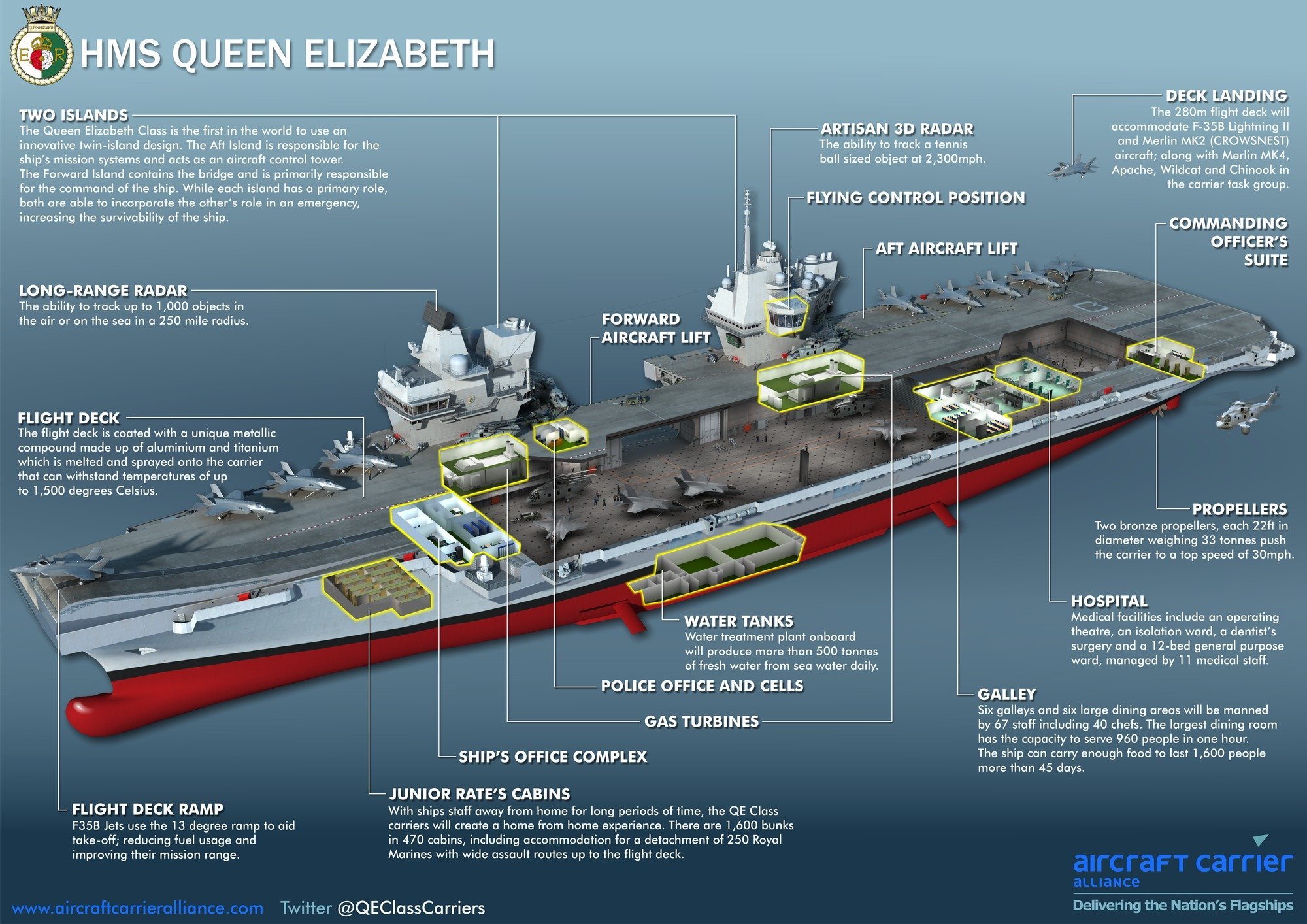 He said that currently, the situation in the disputed South China Sea, where other countries have overlapping claims, have “calm down” and urged other countries not to start the tension.

“Whoever they are, under whatever pretexts and whatever they say, their precedents of interfering in other regions on high-sounding reasons but only leaving behind chaos and humanitarian disaster warrant sharp alert of regional countries and people,” he added.

Lu was reacting to the announcement of British Foreign Secretary Boris Johnson that the HMS Queen Elizabeth will conduct a freedom of navigation patrols in the disputed sea in its maiden deployment in 2021. 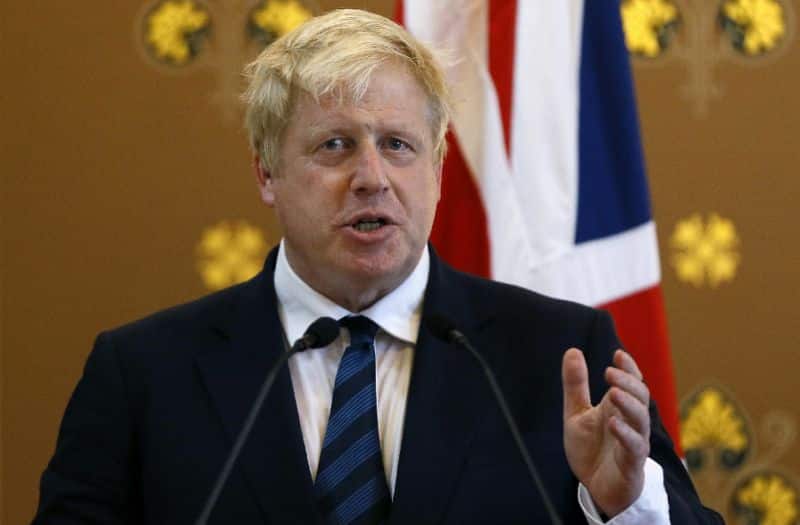 The HMS Queen Elizabeth class carriers is said to be the largest and most powerful warships ever constructed for the Royal Navy.

HMS Queen Elizabeth will be deployed in 2021 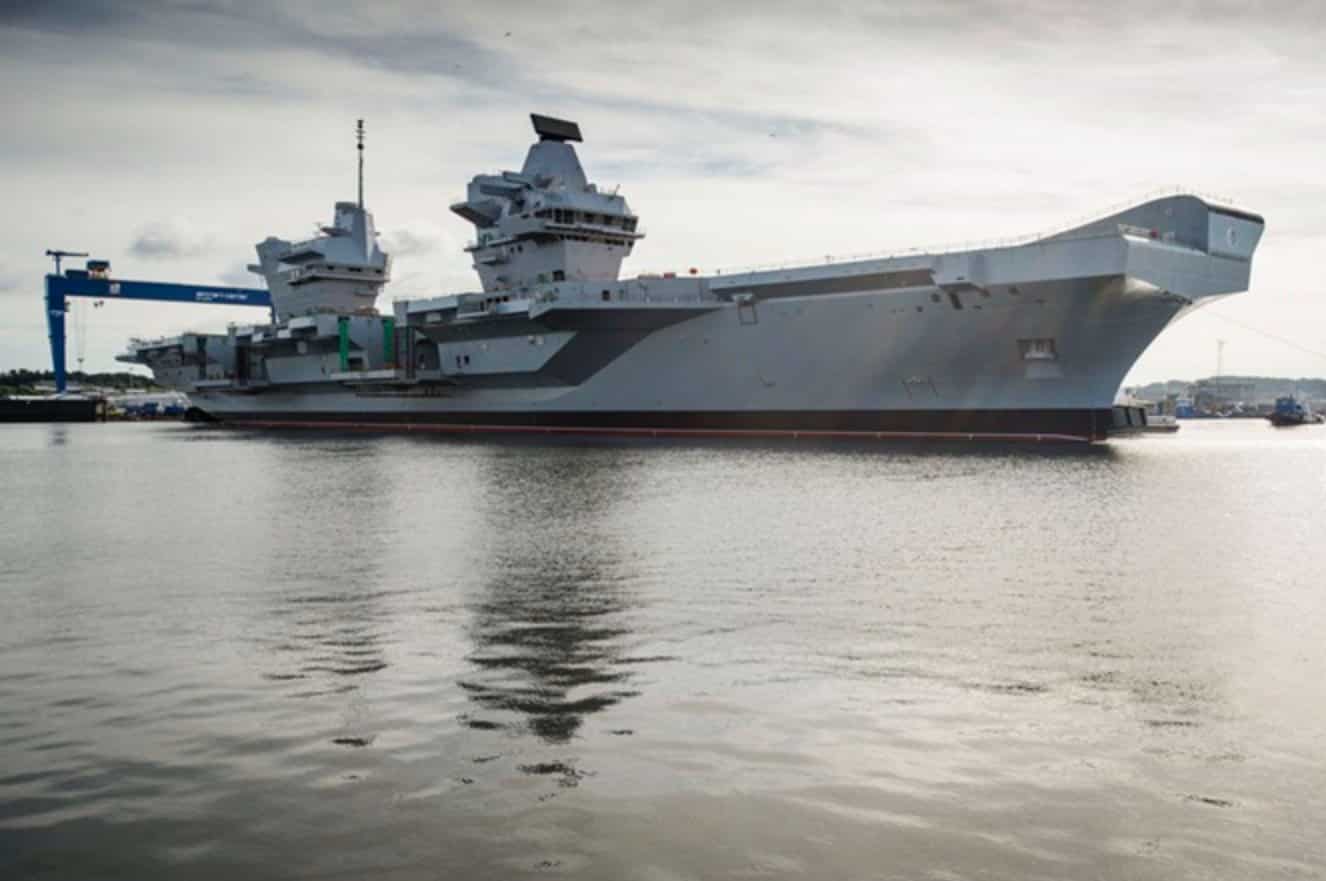 The ‘colossal’ warship can carry and deploy a variety of aircrafts. 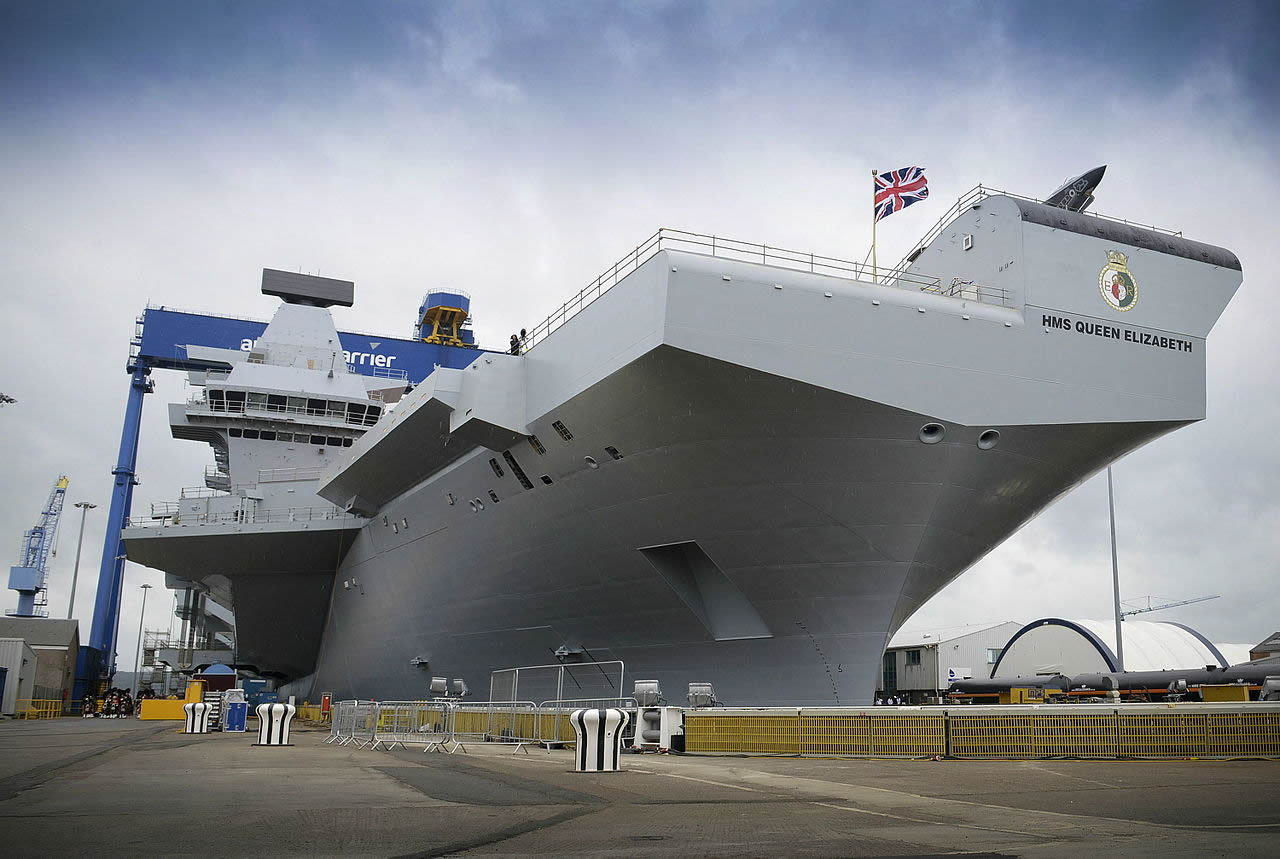 “One of the first things we will do with the two new colossal aircraft carriers that we have just built is send them on a freedom of navigation operation to this area, to vindicate our belief in the rules-based international system and in the freedom of navigation through those waterways which are absolutely vital for world trade”. 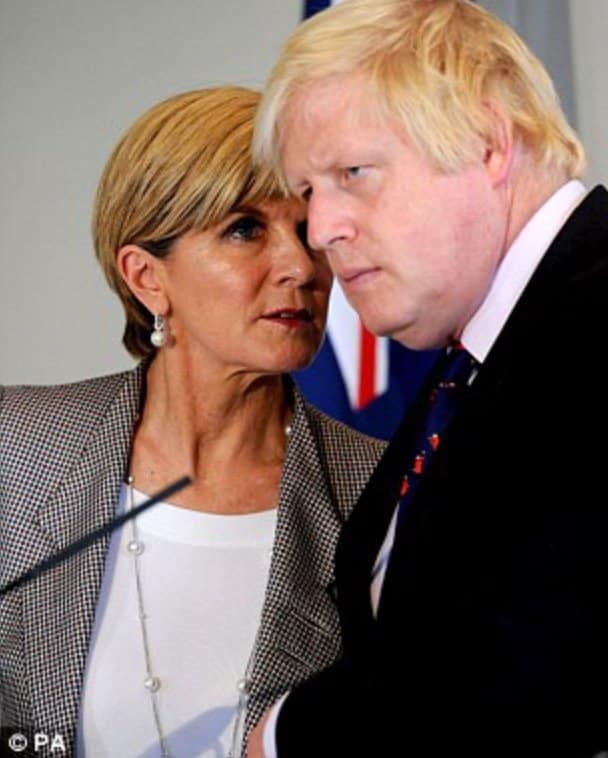 Johnson said the deployment of this ship is to protect the “freedom of navigation” and to keep sea routes and air routes open.

Also the U.S. said that the freedom of navigation is an International concern and that any tension would affect trade, peace and stability in the disputed sea. 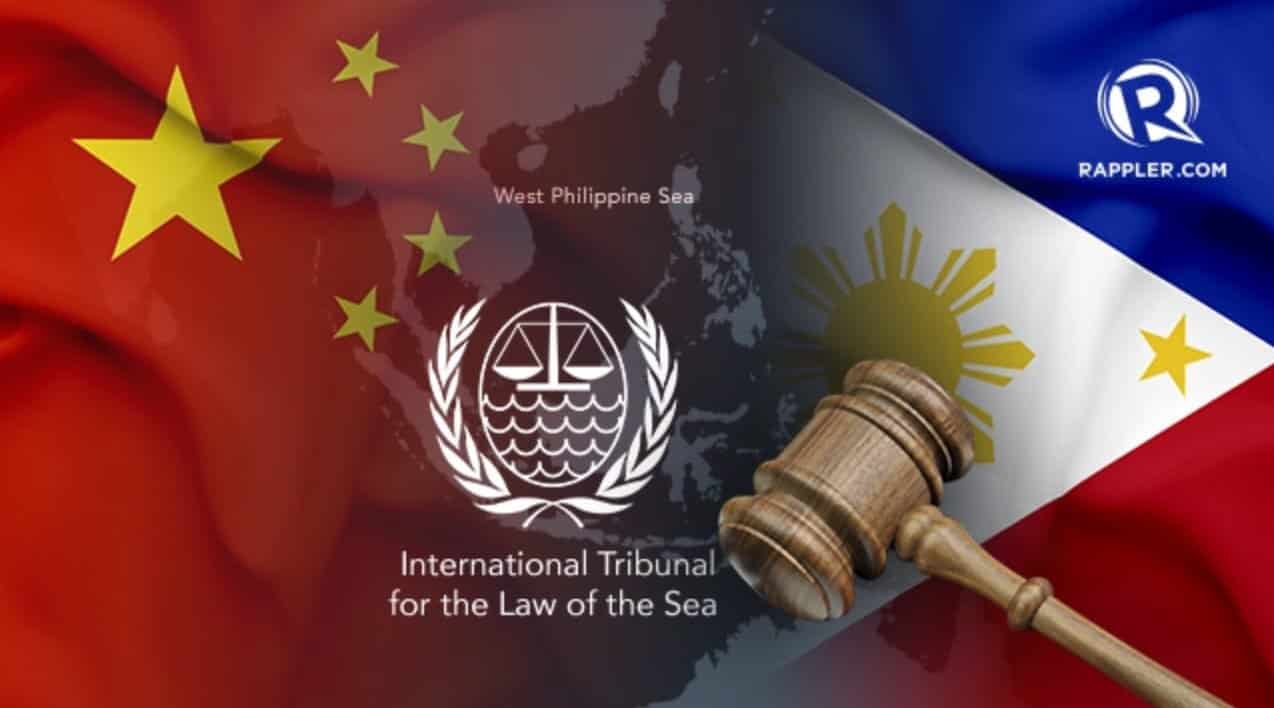 A year after the Arbitral Tribunal rule in favor of the Philippines ordering that China’s nine-dash line as illegal and excessive, Beijing has continued its military positions in the South China Sea, building structures for missile systems, including at our own Panganiban or Mischief Reef. 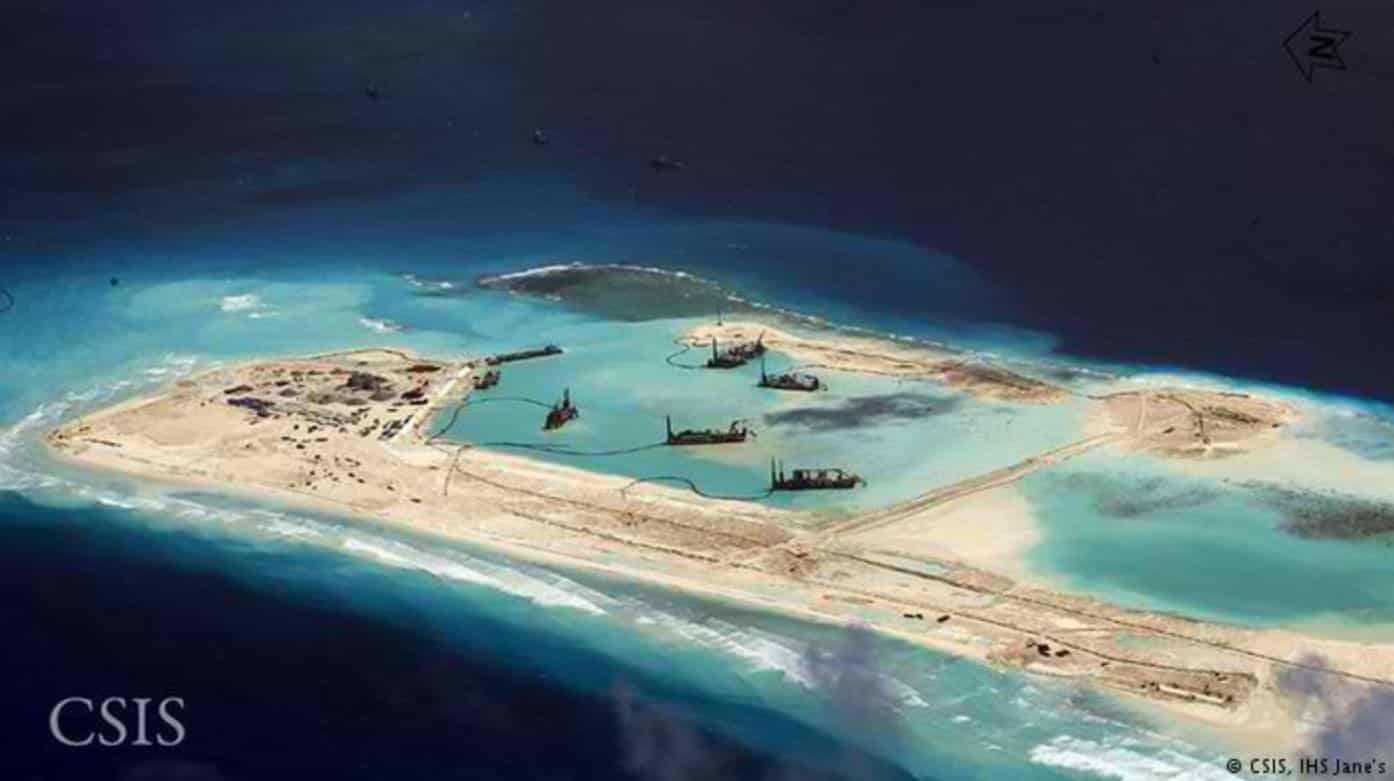 China has also been “accelerating” its expansion activities in the West Philippine Sea as they build airstrips, a school among others in the disputed Paracel Islands, or also known as the Woody Island, which is also being claimed by Vietnam and the Philippines.

The Woody Island in the Paracels, already with an operational air base.

China claims most of the oil-resource-rich South China Sea where a total of $5-trillion worth of trade passes through the disputed waters every year.

The right to Freedom of Navigation

Countries that exports goods across the region has the right “to freedom of navigation” in the South China Sea.

Countries that has overlapping claims in the disputed is includes the Philippines, Malaysia, Brunei and Vietnam.