“Mothers know best”, they say. In almost everything, we turn to our moms for support and knowledge. Although we know they are just human beings and they also make mistakes, it’s in our nature to seek their love and attention, especially when we’re not feeling well. There’s nothing like a hot bowl of chicken soup or porridge from our moms when we’re feeling a bit under the weather, right?

But what would you do if your mom would make you gobble down something quite disgusting? No, it’s not something your mom knows you hate eating like fresh greens or some foul-smelling common dish.

Chen, a 26-year-old woman from Fuzhou, the capital city of Fujian Province in southeast China was stunned when her mother served her this exotic meal for breakfast—BRAISED MICE! 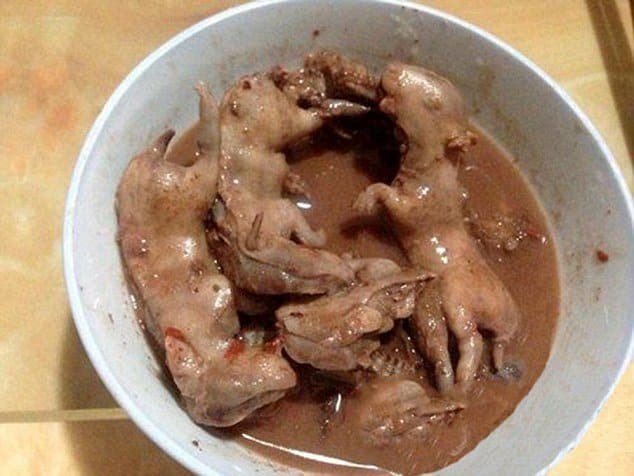 According to Chen, her mother was concerned because she looked worn-out and thought that the recipe could help bring her back in good shape because it’s “highly nutritious”. The Fujian locals believe that the rodents can also cure hair loss.

Chen is a teacher from the School of Life and Science at Fujian University and  she knows all the possible health risks involved if such food will be consumed. “The small mammal can be the carrier of more than a dozen of germs and this might harm diners’ health”, she says.

Naturally, she refused but her mom insisted she eats them all before leaving for work.

“My mom said it was a great effort to pluck out all the hair from these mice,” says Chen. “She said it’s hard work.”

Against her will, she just closed her eyes and ate the entire dish and felt sick the whole morning.

In the western Fujian province, mice are one of the eight treasured delicacies…

Particularly, the dried mice jerky…just take a chunk off and chew! 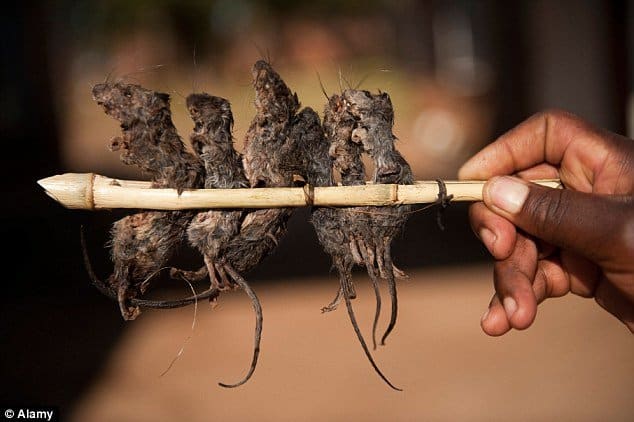