“Bohemian Rhapsody” was released in October last year, and it immediately met a lot of criticisms. However, fans couldn’t help but be in awe of Rami Malek who impersonated Freddie Mercury and brought Queen’s 1985 Live Aid performance back to life.

Now, Malek won the Golden Globe for Best Performance by an Actor in a Motion Picture Drama for “Bohemian Rhapsody.” The actor nabbed the title from his very talented contenders, Bradley Cooper (“A Star Is Born”), Willem Dafoe (“At Eternity’s Gate”), Lucas Hedges (“Boy Erased”), and John David Washington (“BlacKkKlansman”). 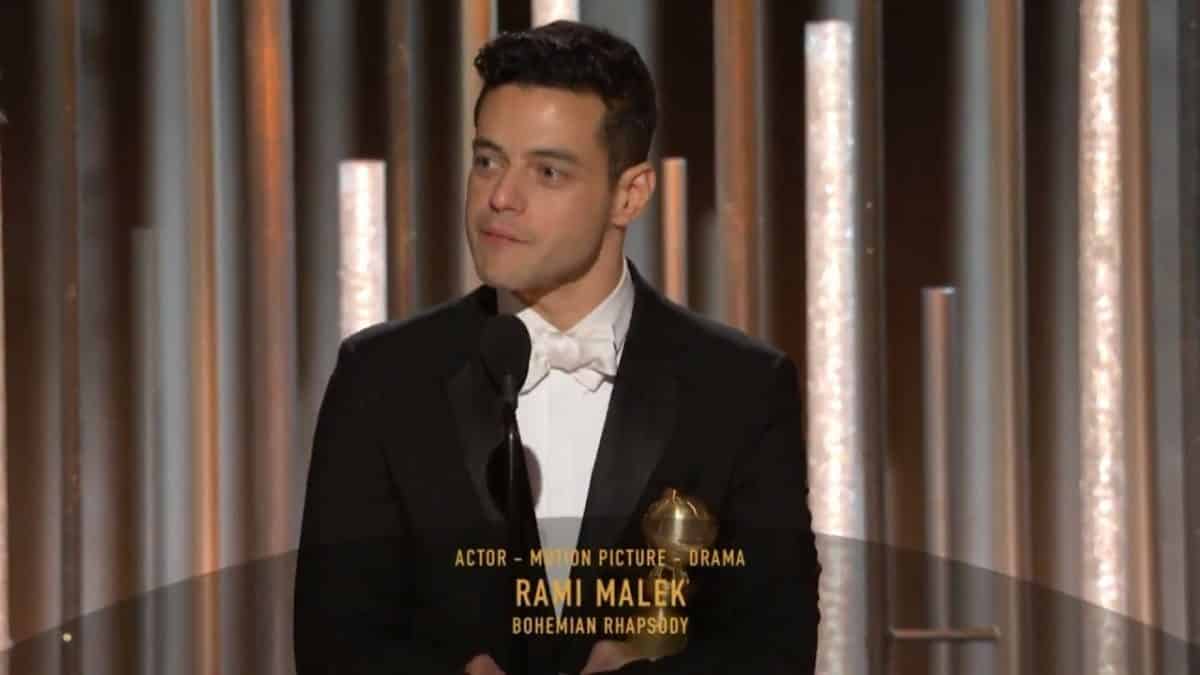 Rami Malek Malek attended the awards ceremony along with Queen band members Brian May and Roger Taylor, who he thanked in his speech after being announced the Best Actor winner.

He also dedicated the award to arguably one of the greatest singers of all time, Freddie Mercury.

“To you, Brian May, to you, Roger Taylor, for ensuring that authenticity and inclusivity exist in the music and in the world and in all of us.

Thank you to Freddie Mercury for giving me the joy of a lifetime. I love you, you beautiful man. This is for and because of you, gorgeous.”

According to Box Office Mojo, “Bohemian Rhapsody” has raked in $743,706,115 worldwide to date. It’s the highest-grossing music biopic of all time, and with viewings still being held as well as a sing-along experience set to hit cinemas soon, that number is sure to keep rising.

“Bohemian Rhapsody” follows the life of Mercury as he joined Queen in 1970 to the high-point for the band when they performed at Live Aid in 1985, described as the “best concert ever” by many musicologists. The film was also awarded best picture at the Golden Globes.