Do you remember that black-and-blue dress trick that took the internet by storm? Well as it turns out, that brain trick is all due to our brain’s hardwired color perception. Some may have normal color perception, while others to which the dress seemed different in color may have over-active color perception.

Even conditions like being color blind all has to do with the ability of our brain to perceive various wavelengths of light to visualize color. But in this featured brain trick, what if a black and white photograph can be visualized as colored? Not convinced? Well try the trick below!

Look at this picture closely, do you see a black and white picture? 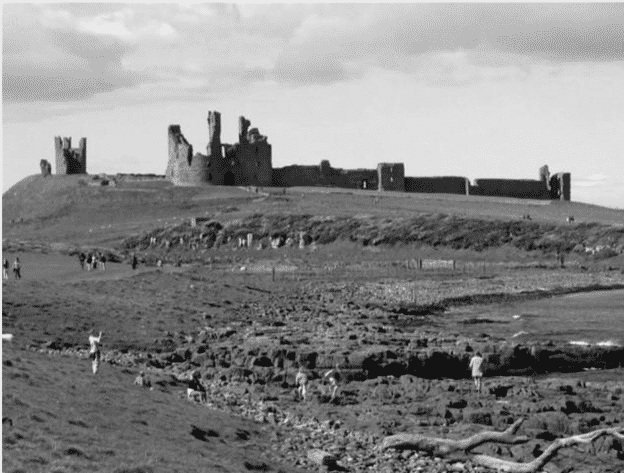 So is the picture black and white?

If you can only see a colorless photograph, then yes you are right. It really is just a black and white picture but the trick happens right here.

Stare right into that dot in the middle of the picture!

Was there a flash of color? If you saw the picture suddenly changed to color, then your color perception works just fine. On the other hand if there is no change, perhaps you didn’t focus on the dot enough or you may have some difficulty or conditions with color perception.

The results for this trick is determined by the Opponent-Process Theory of color visualization proposed by Ewald Hering in the 17th century. This theory is still widely accepted today and it postulates that our eyes and brain process colors in tandems of opposite perception, meaning black vs white, red vs green and blue vs yellow. Given our perception of these primary colors, our brain can conjure all other colors as well.

Thus in this trick, since the “negative” color shown earlier with the dot already corresponds to a certain opposite color when seen normally, the colored image you see must be something close or exactly the same as the featured image.

So were you able to get the colored picture right or you had other results? Whatever it is, share your results below! And don’t forget to share to your friends and test this brain trick against them too.