Off the coast of Okayama, Japan are boulders that turn electric blue at night. At first glance, it looks something from a sci-fi movie. When you look closer, you’ll notice the patterns of the blue streaks are just like tears streaming down, which make the rocks look like they are weeping or bleeding. It would be so darn cool if this is really the case, but then the real reason is definitely as cool – them bluish streaks are actually bio-luminescent shrimp!

Photographers Trevor Williams and Jonathan Galione featured the glowing rocks in their picture series The Weeping Stones. The series captured the beauty of the shrimp, which are also called Vargula Hilgendorfii or sea fireflies.

The shrimp are almost microscopic in size, around 3 mm in length. They live in shallow waters and come out from the sea at night to feed. 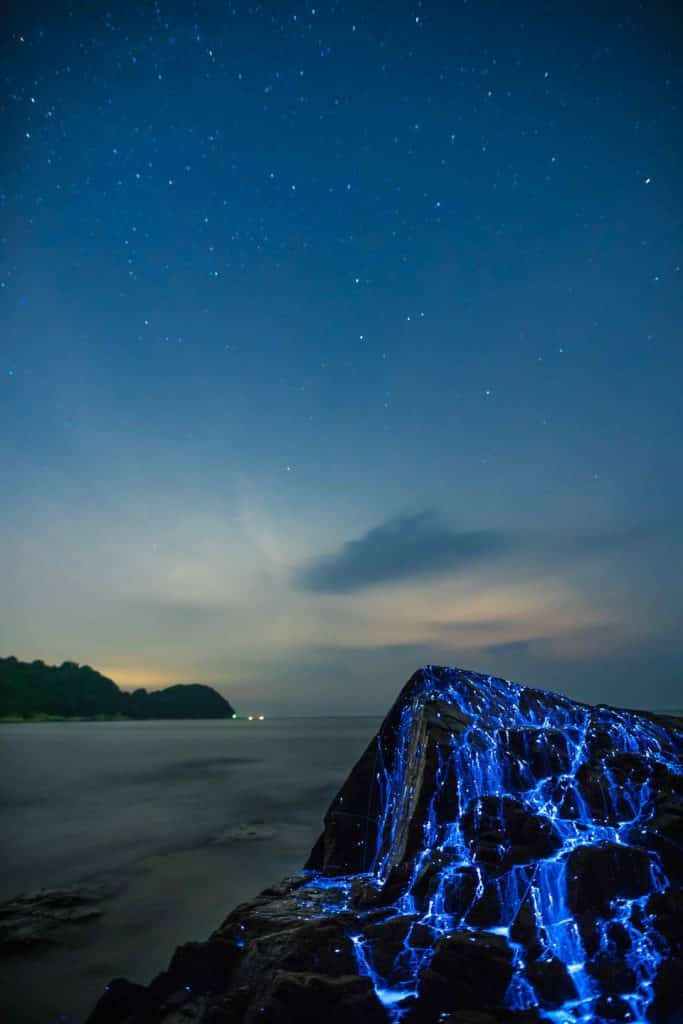 They congregate in large groups and form striking patterns on the water and shore. 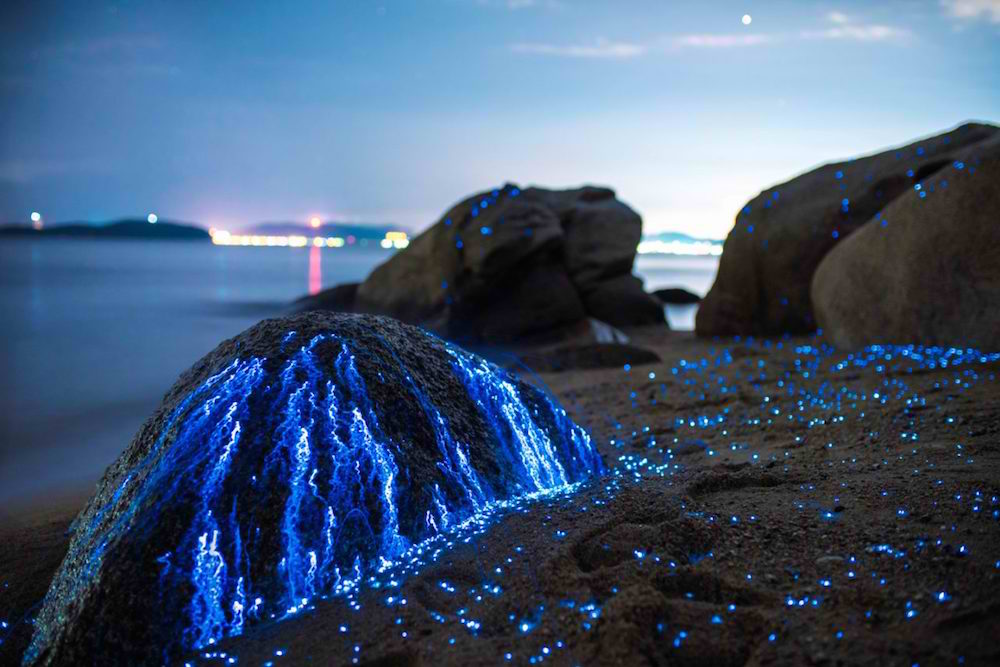 Williams and Galione had to devise a creative way to lure the shrimps for their photos. 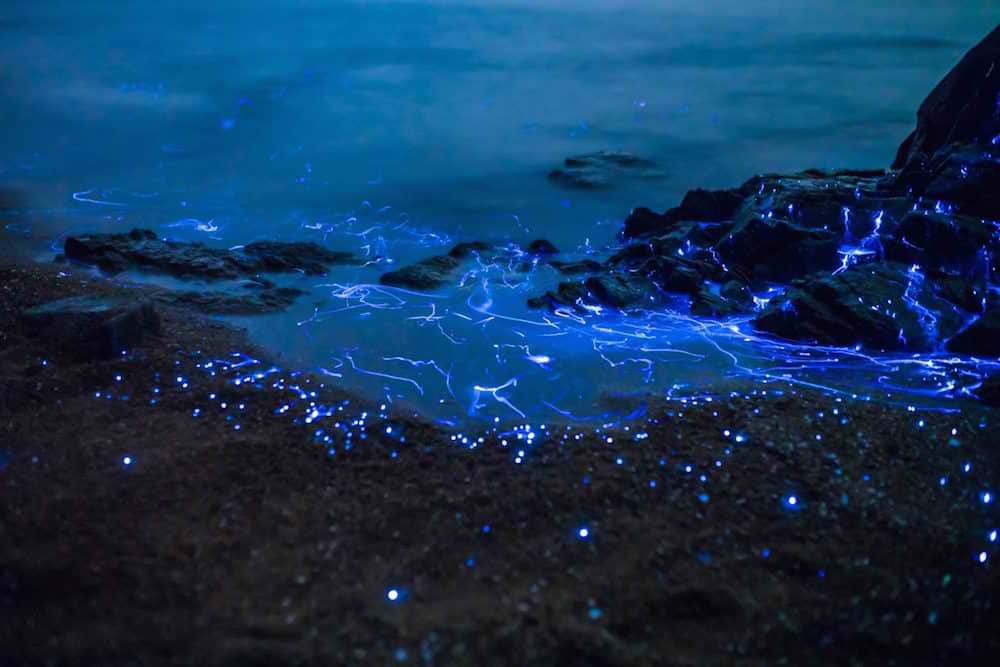 The sea fireflies are not good rock climbers so they had to lure them (using raw bacon) into jars and them poured the creatures all over the boulders by the sea shore.

To keep the fireflies glowing while they take their photos, they poured water on them until they had all the shots they need. 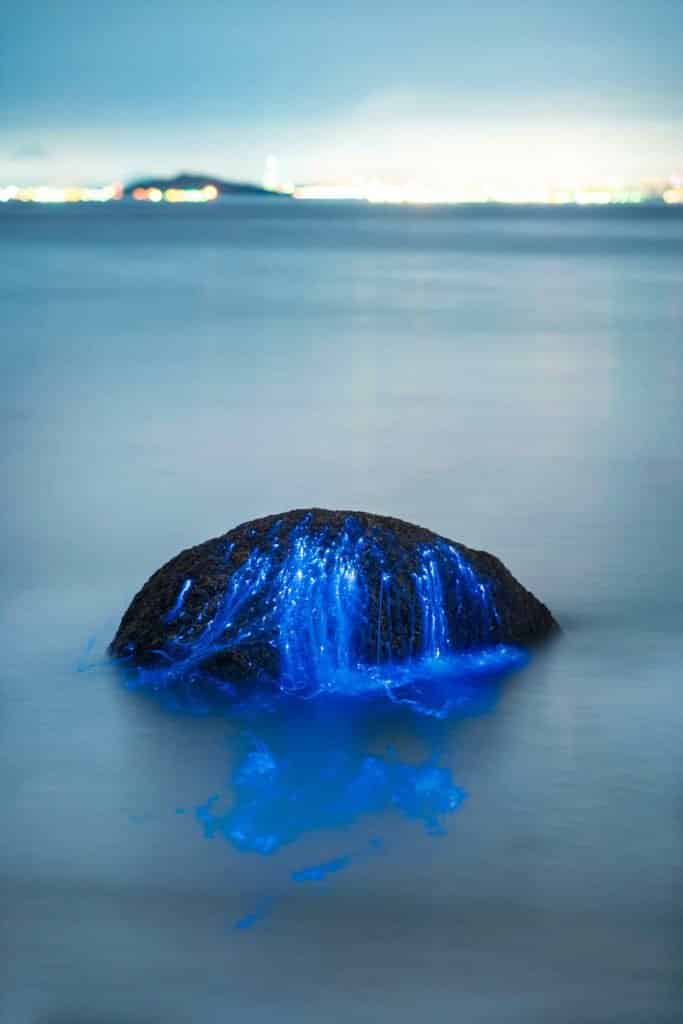 The two reminded people that doing this type of shoot with the fireflies require utmost care. 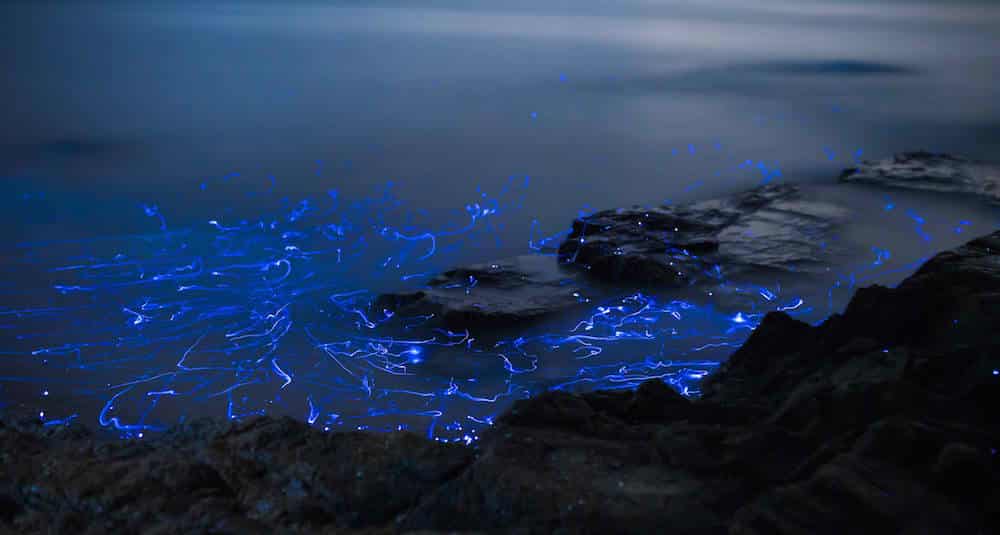 For instance, one needs to make sure that there are no shards of glass on the beach.

You also have to wash the creatures back into the ocean with water once you’re done. 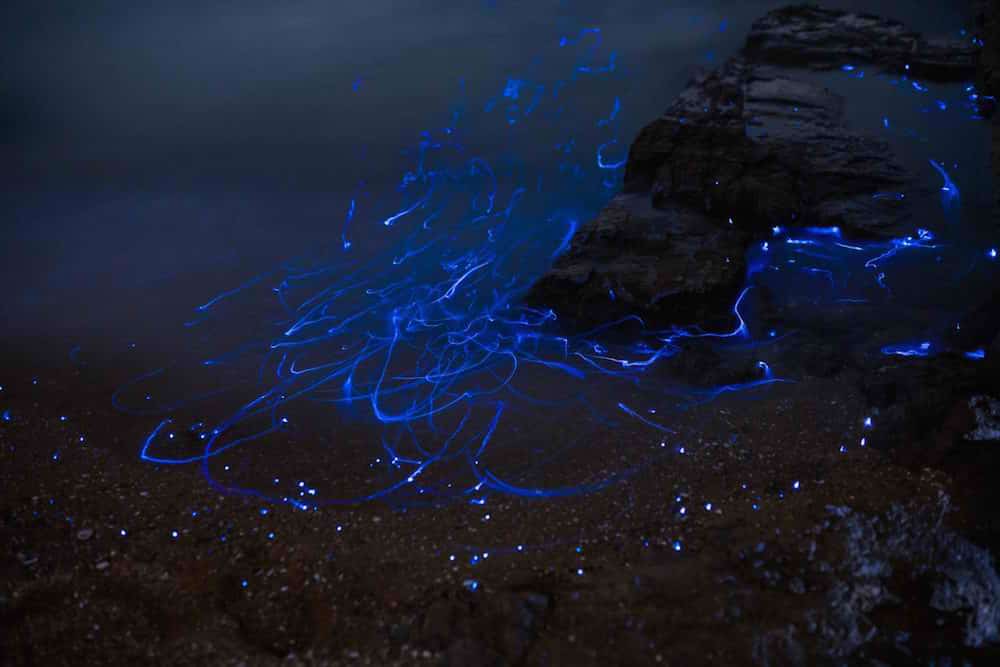 Williams and Galione are not done shooting wonderful pictures in Japan. They plan to go back next fall to shoot bio-luminescent mushrooms in their full glory. You can view the rest of the pictures in the series here.