As we all know by now, amazing entertainment franchises and loyal fans go hand in hand. These fans often go the extra mile just to prove to their idols that they are the biggest and the worst of all the supporters. And that means doing outstanding things in the name of their passion.

Often branded as superfans, they usually do impressive things like making short films about their favorite films, delicious foods themed with their favorite video game characters, or anything that can serve to remind you of the things that they are passionate about.

One Star Wars fan went for an extra mile to express his devotion. 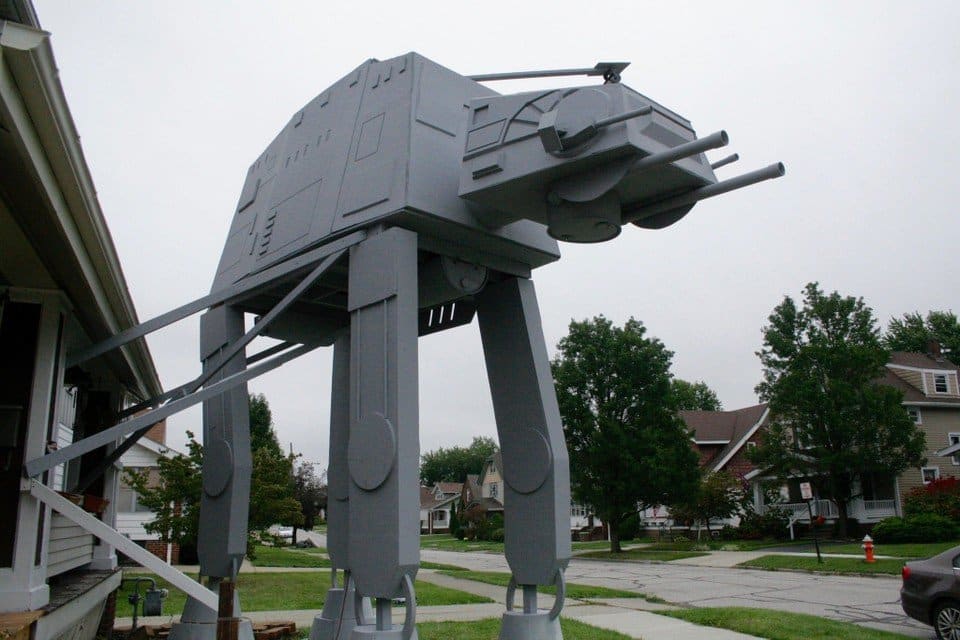 Nick Meyer, a Star Wars fan from Cleveland Ohio, decided to show the world his genuine support for his beloved science-fiction fantasy films by constructing the most iconic AT-AT walker.

The AT-AT walker he built on his front lawn is a two-story replica. 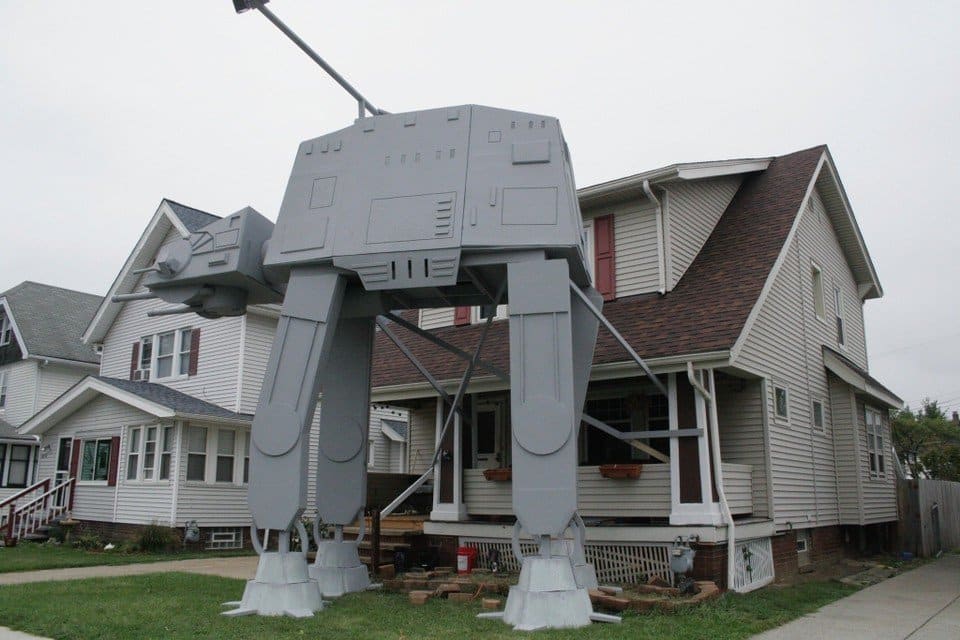 It was a weekend project. We would tinker with it on the weekends.

Look at the size of this thing! 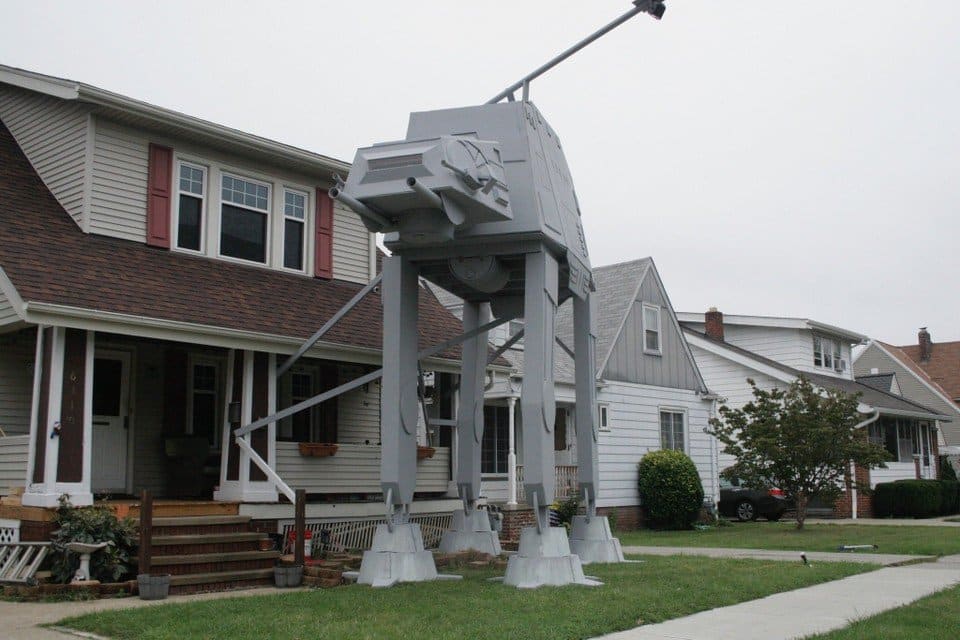 Just looking at it can already make you feel like you’re in the middle of the Battle of Hoth. 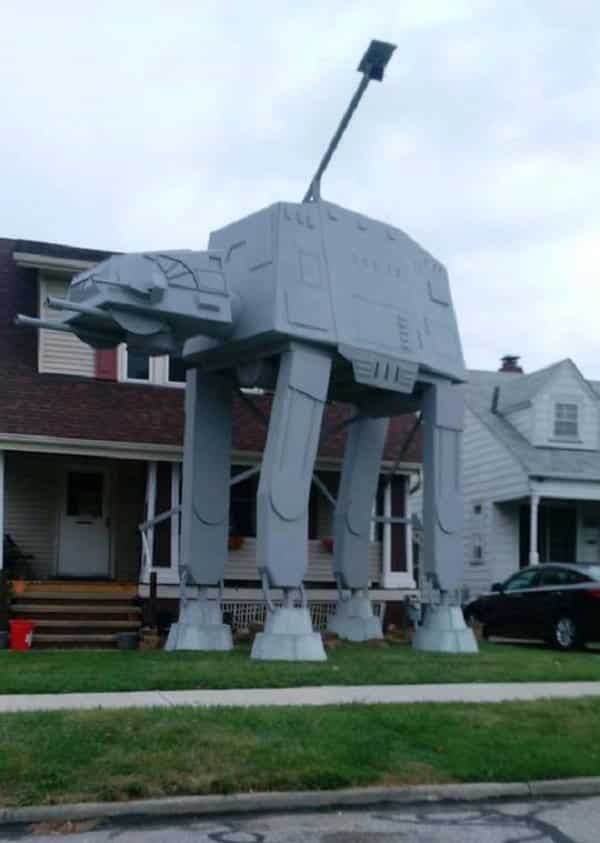 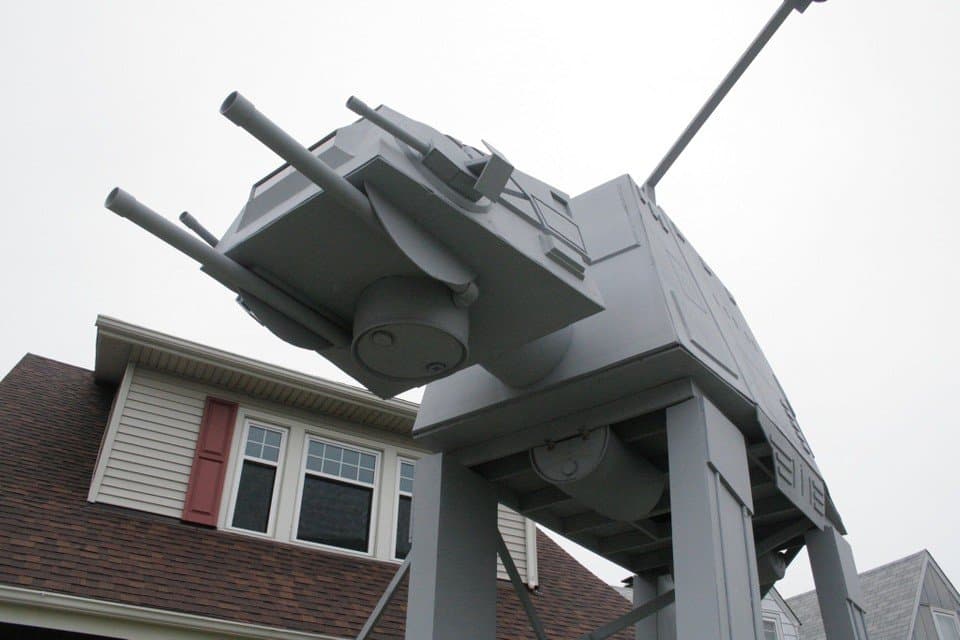 Surprisingly, when asked, Meyer said that he’s not an obsessed Star Wars fan. He said that he just created the 2-story replica because he enjoyed the films. During his interview, he stated:

I just thought it would be neat to build a walker, it’s something unique.

Upon a little bit of snooping around, it was revealed that Meyers is just a big Halloween fan. According to the reports, he just loves creating massive structures when celebrating the spooky holiday.

Well, for what it’s worth, at least we can all agree that Meyer’s talent in creating massive replicas is one of a kind.