For some heroes, putting their lives on line to save others is par for course.

The Roseburg community in Oregon has come in full force to support an army vet and student after he risked his life during the fatal shooting last Thursday.

Last Thursday’s shooting massacre at the Umpqua Community College killed nine people and injured nine more when gunman, Christopher Harper-Mercer opened fire on students in the middle of his writing class before turning the gun on himself to commit suicide.

Among Harper-Mercer’s many victims was Army veteran, Chris Mintz, a 30-year-old student enrolled in the community college who charged the shooter, hoping to avert more killings, only to be shot multiple times himself.

Chris Mintz mugging it up for the camera with his son. 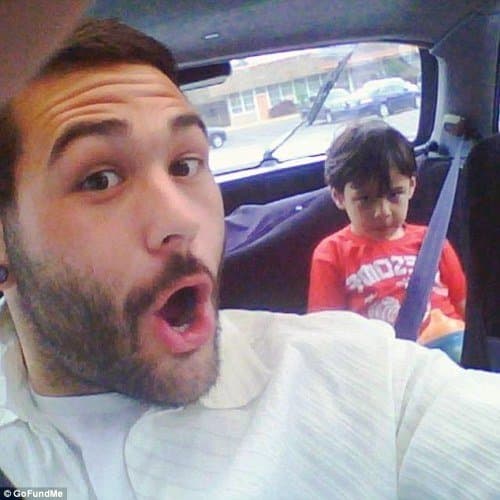 Mintz, a father of an autistic and non-verbal little boy named Tyrik, had just wished his son a happy sixth birthday over the phone before heading off to his classes.

Chris teaching Tyrik how to swim. 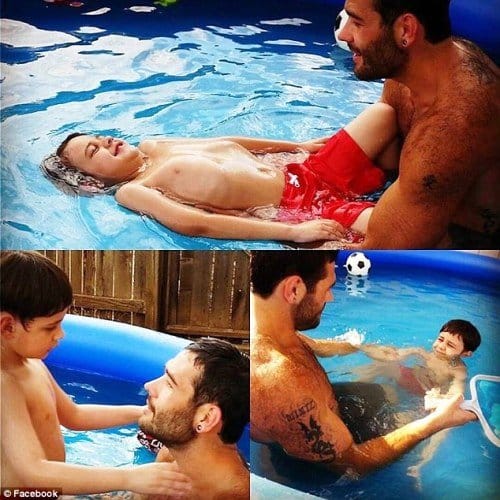 When he heard the gunshots, he immediately ran to the source of the commotion with no thought for himself except to help stop the crisis and save people in harm’s way. On his way to where Harper-Mercer had casually opened fire, Mintz, started pulling fire alarms and shouted at fellow students to run.

When he got to the classroom where the gunman was calmly putting bullets into his classmates, he charged Harper-Mercer and tried to block him from further shooting, only to be shot seven times himself, despite his telling the 26-year-old shooter it was his son’s birthday that day.

Because of his heroism, he was able to delay the shooting spree, giving police a chance to reach Harper-Mercer and return fire, wounding the gunman, who later ran away just before shooting himself.

Mintz was rushed to the hospital where he is reported to be in stable condition, but will need several more surgeries before he begins therapy to learn how to walk again.

Chris is all smiles at the hospital despite seven gun shot wounds. 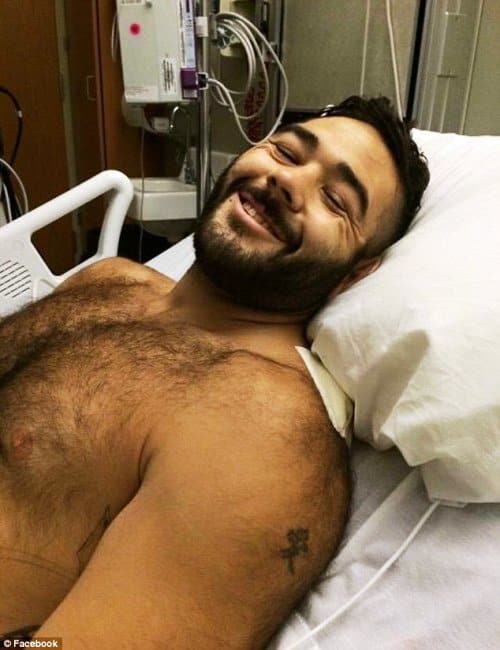 The Roseburg community has raised over $800,000 on a GoFundMe page his cousin has set up to help Mintz with his medical bills, with more than 23,000 people donating to the cause.

After slowing the Oregon shooter down, helping to save more lives in the process, Chris Mintz’ story just goes to show that heroes do get what they deserve.

Our prayers go out to you, Chris.