When Lithuania suddenly reinstated military conscription on May 11, more than 37,000 men aged 19 to 26 were shocked to see their names listed on the country’s compulsory military service. However, not all men were happy with the country’s move to boost the military’s strength.

Several Lithuanian men took to social media to express their negative sentiments on what many call as a sudden and random “lottery”. Their complaints caught the attention of  Beata Tiskevic-Hasanova, a Lithuanian actress and TV host, and Neringa Rekasiute, a Lithuanian photographer and political science student.

The pair decided to respond to their protest in an unconventional but creative way. Through a powerful photo series featuring 14 random men, aged 17 to 28, crying in military uniforms, Hasanova and Rekasiute effectively conveyed how dangerous gender expectations can be.

“The most disturbing thing was the very harsh and unforgiving public opinion of men who didn’t want to go to the army. They were called ‘unmanly,’ ‘cowardly,’ ‘disgraceful,’ etc,” Rekasiute  wrote.

In our society, men are expected to be rational, assertive and emotionless. These moving pictures prove otherwise.

“A gun in your hands doesn’t define your manliness.”- JAUNIUS, 18 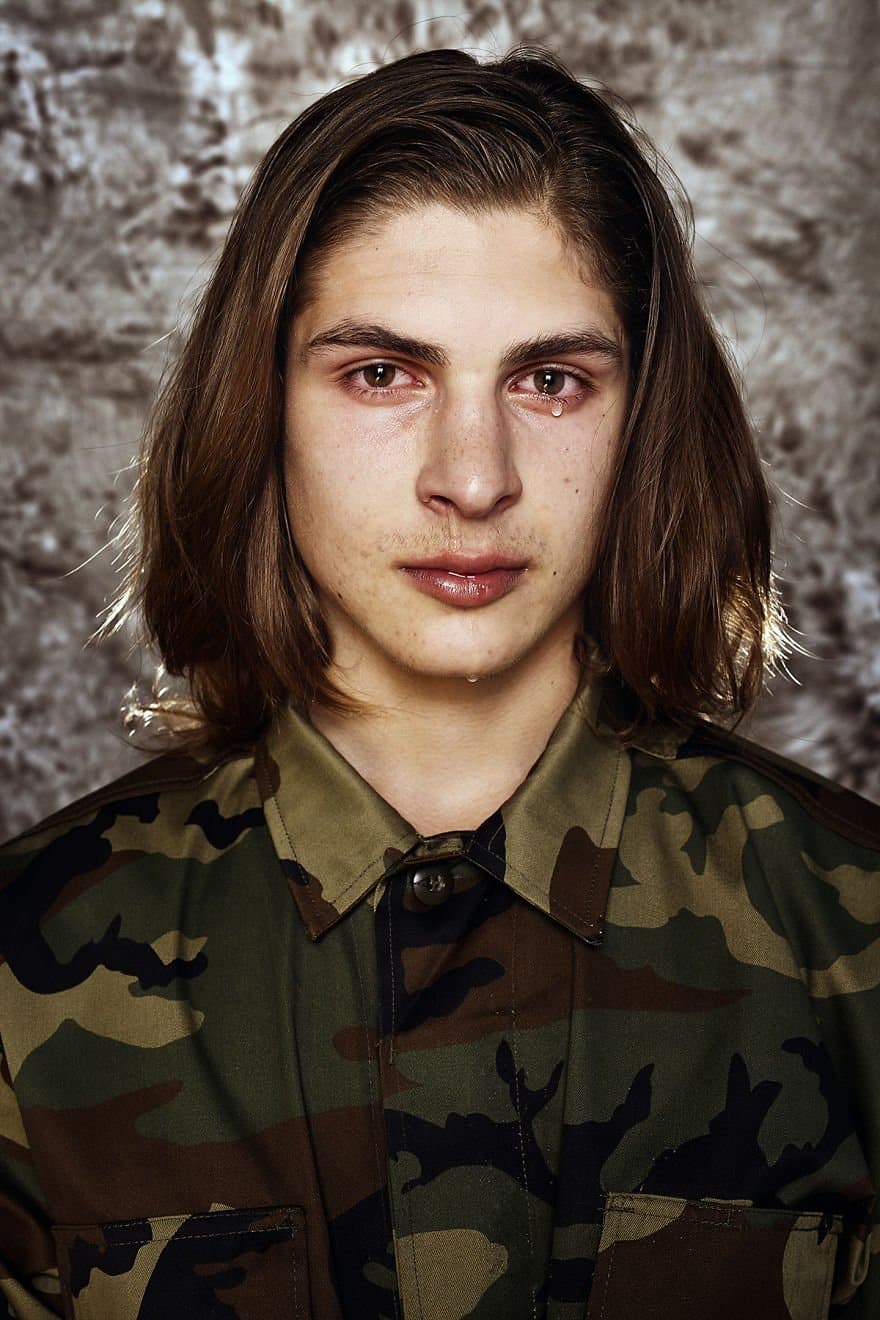 “If I was called to the army, I would try to find a way to avoid it. I have a wife, we are so good together and family for me is first. We have created so much, I wouldn’t want to leave it.” – LUKAS, 25 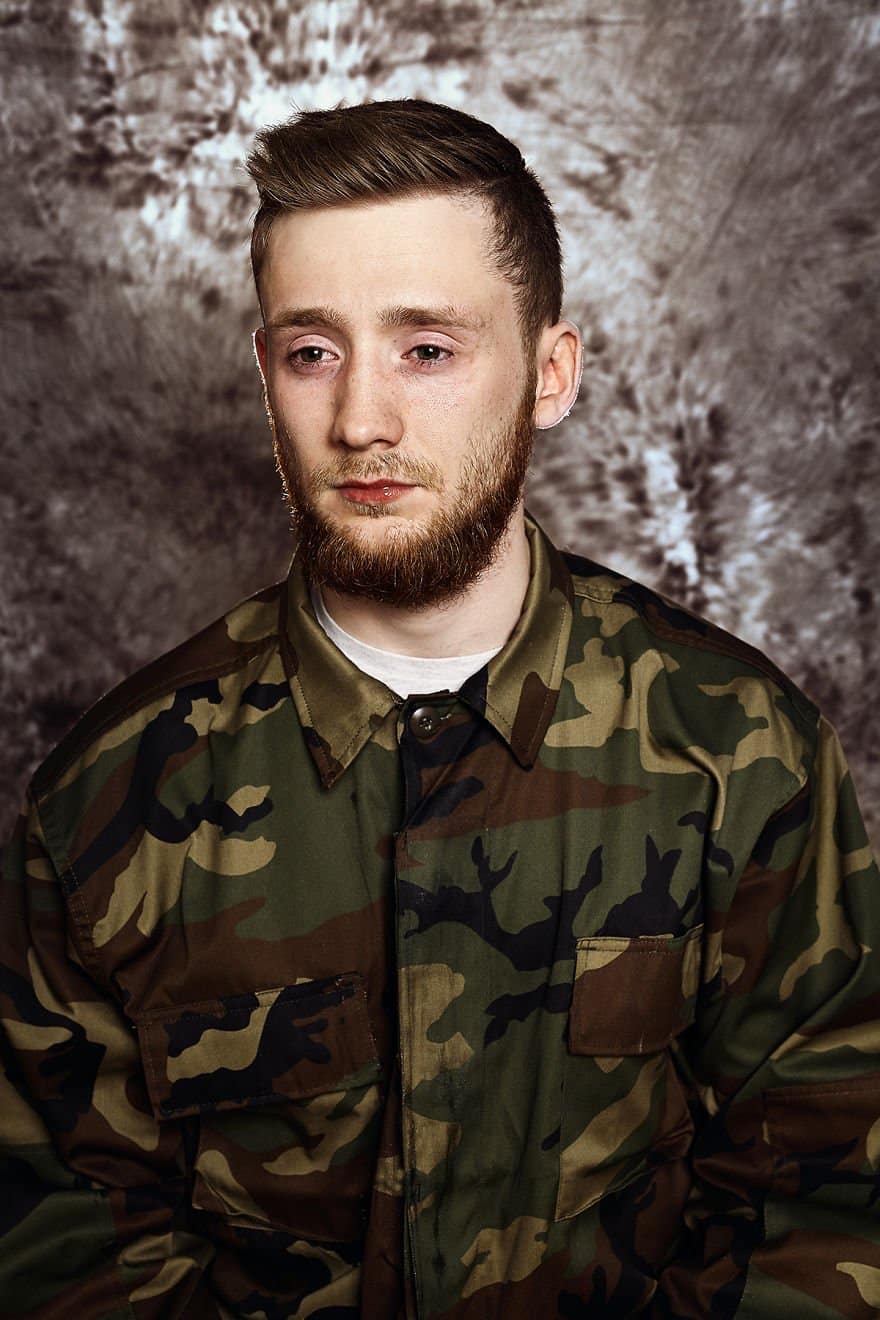 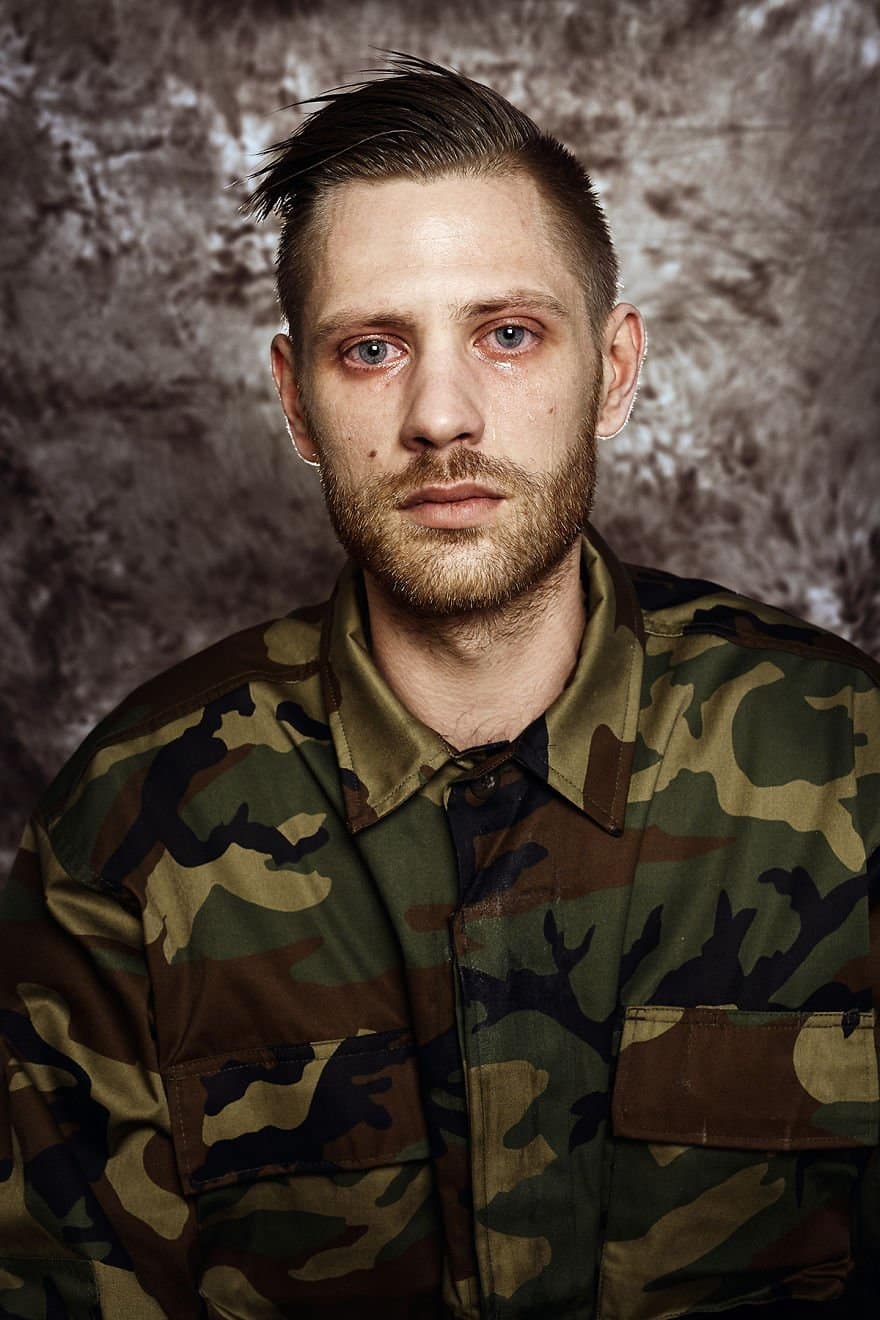