We usually regard ancient structures in awe because we are deeply impressed with our ancestors’ architecture. However, some of these sites may have been established for a very specific reason. Our ancestors may have found portals that allowed them to connect to a different dimension. Although we sometimes consider these as myths or legends, believers continue to look for evidence that would confirm the unexpected.

Most of these ancient sites are still around and can be visited these days. However, some remain to be discovered. For example, believers have yet to find the ancient Sumerian Stargate that is believed to be at the bottom of Euphrates River. Several Sumerian artifacts strongly suggest its existence but no one has found it just yet.

In the meantime, here are eight ancient sites that might actually be portals to other dimensions. 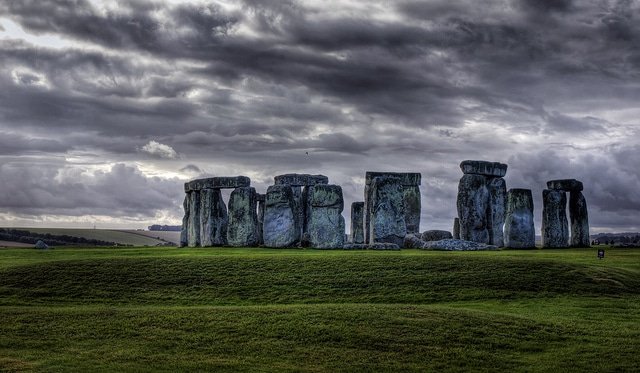 Let’s start with a popular tourist destination in England that had a fairly recent incident of sudden disappearances. People have long theorized that Stonehenge was built for the purpose of reaching other worlds although scientists continue to ignore them. But could it truly be a gateway?

In 1971, a group of hippies tried to tap into the stones and may have succeeded. A policeman and a local farmer who were close to the scene reported seeing a blue light coming from the stones. They also heard screams but the policeman only found the remains of a tent and a dying campfire in the area. 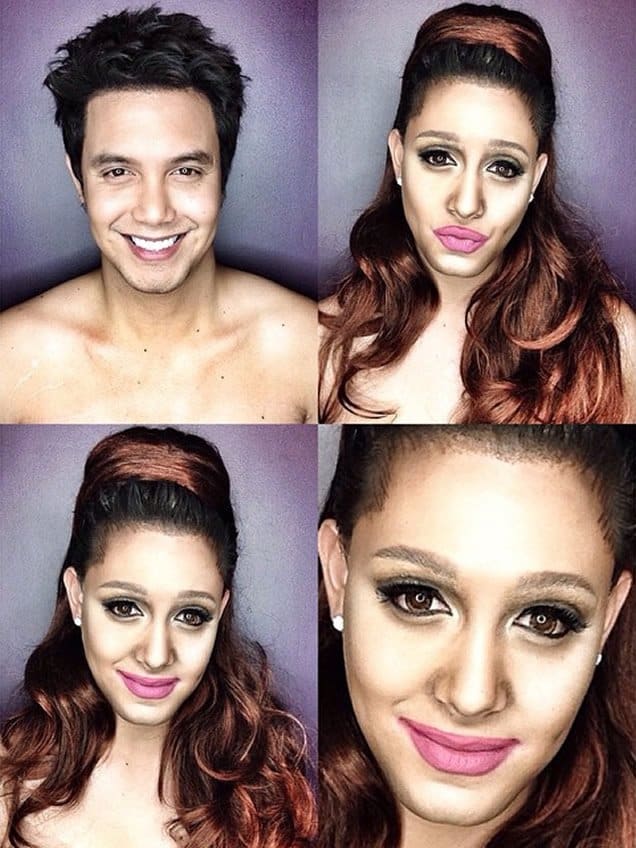 The temple is located in Abu Gorab and is believed to have been constructed under the orders of Nyuserre Ini, the sixth king of the Fifth Dynasty of Egypt. It honors the sun god Ra and contains an altar made of alabaster. The altar itself is said to be in tune with the Earth’s vibrations and may have been used to communicate with the gods.

Interestingly, the altar’s construction is also a mystery. Many have noted that it has perfectly precise circular markings that hint at advanced technology being employed. 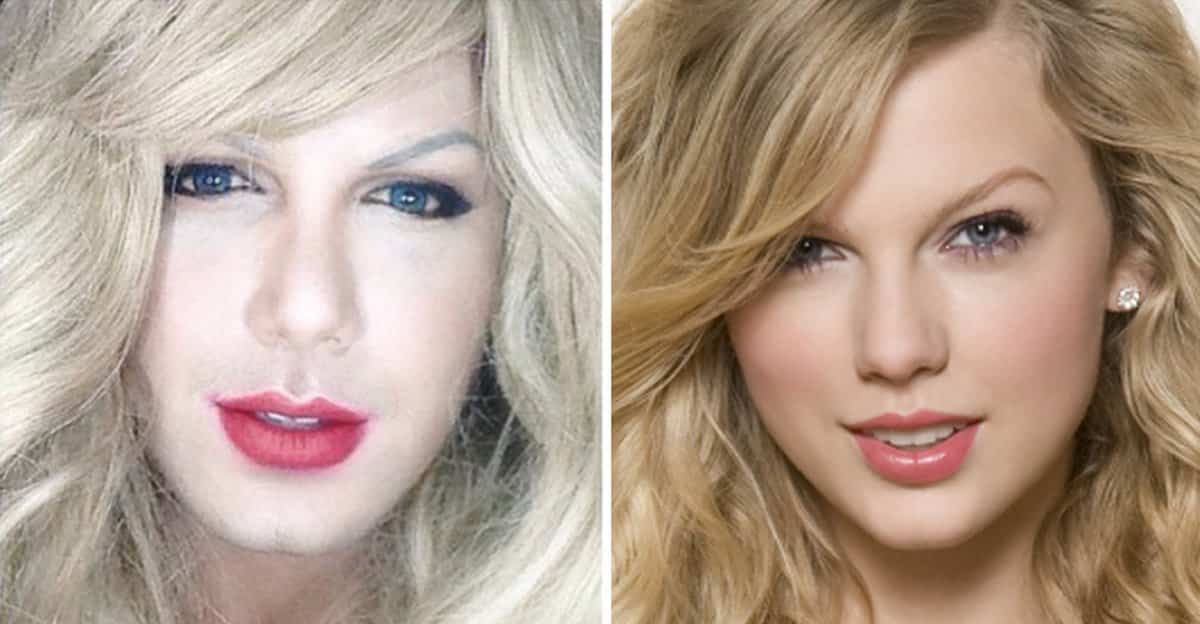 You’ve probably heard of the “Gate of the Gods” in Peru, thanks to Ancient Aliens. The remarkable thing about the structure is that it was only discovered in 1996. A man named Jose Luis Delgado Mamani claims he found the monument in the mountains after dreaming about it for several years.

The structure’s unusual discovery, pink marble, and strange dual portals should be enough for the Puerta de Hayu Marca to earn a spot on the list. However, there is also a curious legend that goes with it. In the 16th century, an Incan priest named Amaru Muru reportedly used a sacred golden disk known as “the key to the gods of the seven rays” to open one of the portals.

Here’s another recent discovery. In 2007, two men found a stone structure at the bottom of Lake Michigan. This wasn’t just some old shipwreck, either, since the boulders appear to have ancient petroglyphs.

It certainly is fascinating but not particularly supernatural. However, some believe that the structure could be a gateway to another realm. Although the exact location remains a secret, there are speculations that it is somewhere close to “The Michigan Triangle.” This area has been notorious for unexplained disappearances similar to the Bermuda Triangle. Were those people possibly sucked into the underwater stargate? 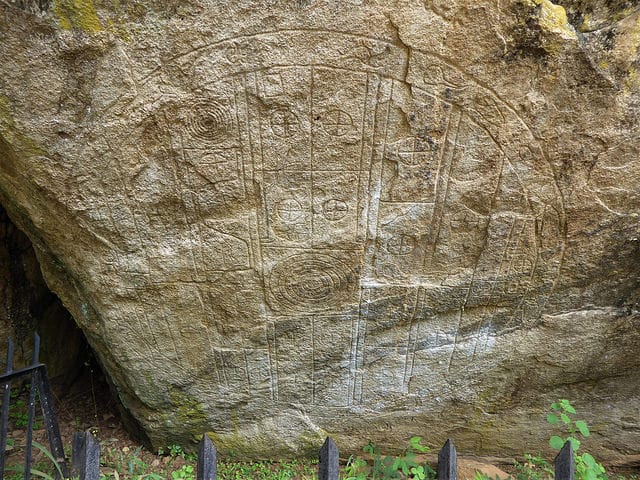 Sri Lanka’s Ranmasu Uyana is a beautiful ancient park that is believed to have been constructed in the third century BC. But does it also hide a stargate? The Sakwala Chakraya is a carving that might be a star map or a star chart. After all, it literally means “the rotating circle of the Universe” in Sinhalese and the carving could contain details on how to open a wormhole in the park. However, scientists disregard the theory and suggest that the carving might be a world map. 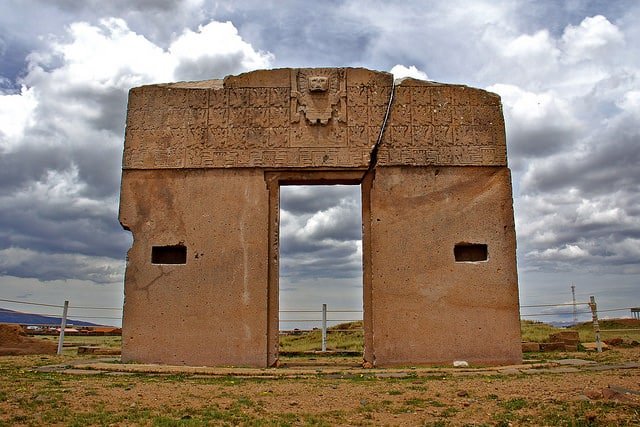 The Gate of the Sun in Tiahuanaco in Bolivia is remarkable for its size and construction. The structure is over nine feet high, 13 feet wide, and might weight about 10 tons. Interestingly, it was carved from a single piece of stone.

Like most portals in the list, it has an interesting story in its discovery. European settlers reportedly found the structure in the mid-19th century lying horizontally with the large crack on the arch. Some believe that the stargate may have fallen when someone used it to cross to another dimension. 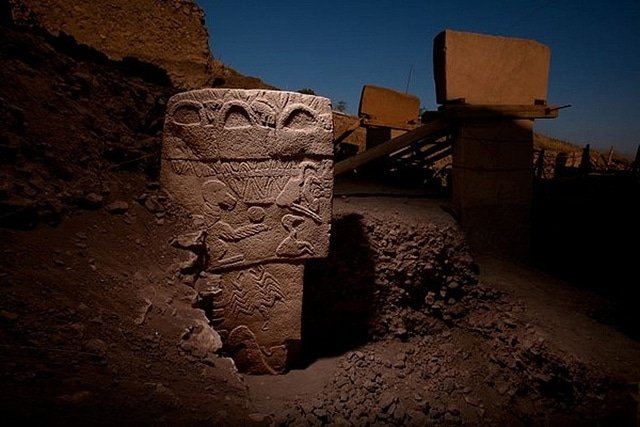 Is it any surprise that the world’s oldest stone temple is believed to be an ancient stargate? Turkey’s Göbekli Tepe has several circles of huge T-shaped stone pillars but there also appears to be an archway in the middle. These archways have a strong resemblance to Puerta de Hayu Marca, leading to speculations that these might be portals as well. 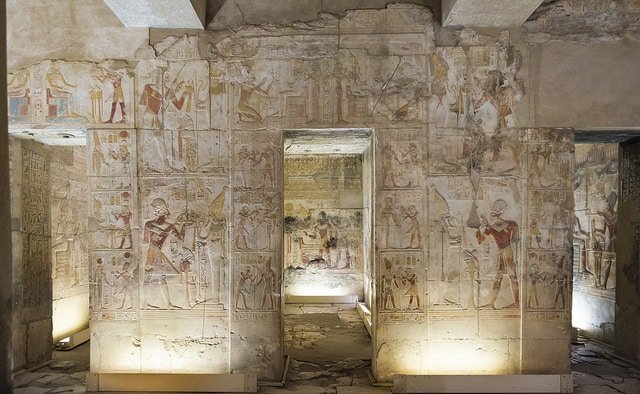 Not to be confused with the fictional planet that appears in the sci-fi series Stargate SG-1, Abydos is an ancient Egyptian city where you can find the Great Osiris Temple and the Temple of Seti I. You’ve probably heard of the helicopter hieroglyphs found in Seti’s temple, but that’s not the strangest thing that you’ll find in Abydos.

A woman named Dorothy Eady claimed that she is the reincarnation of the Pharaoh Seti’s lover. She knew her way around the pharaoh’s temple and would press stones on the wall as if she was expecting something to happen. Eady did not confirm whether there is a stargate in Abydos but some believe she was hiding the truth about the site.