Modern cities have started to switch to LED lighting as a brighter and more efficient way to light up city streets. LED lights are cheaper and brighter than the older orange colored street lights of decades past.

However, despite the cost-efficient way technology is brightening up city streets, the American Medical Association has issued a new warning about LED lighting. 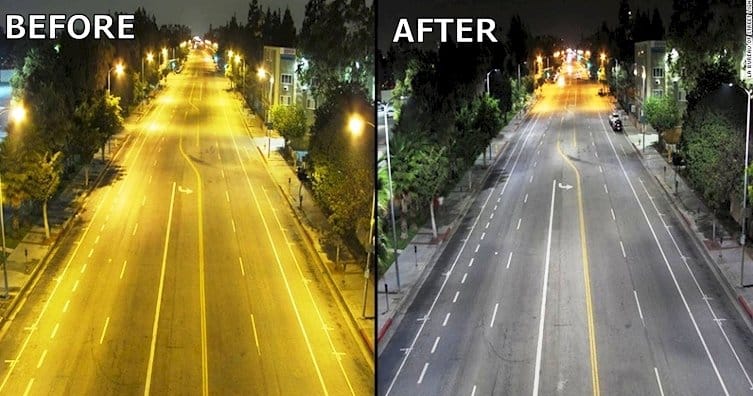 True, they save the government considerable amounts of money on power and maintenance. They also give motorists and commuters a better view of their surroundings at night. 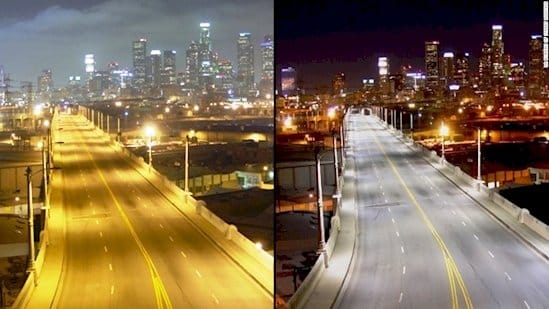 Since LED lighting is much brighter, they also make people feel safer about walking their city’s streets at night. In the past, the dimmer street lights hid dark corners where crime often took place.

The orange-y street lights of the past. 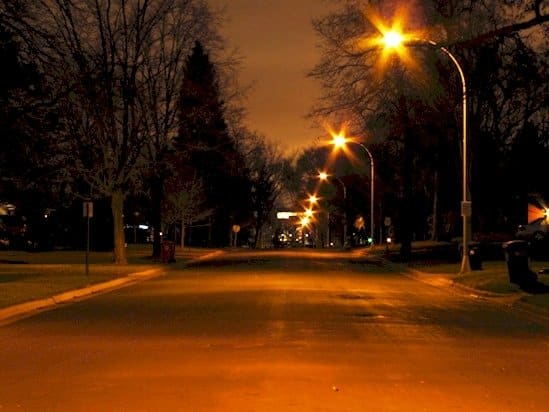 The new lighting technology comes with a cost, however.

Doctors have found that LED street lights cause unnecessary glare that hurts the eyes. The new bright lights exceed the color temperature (CT) human eyesight can tolerate, and can eventually damage the eyes.

According to the American Medical Association (AMA), lighting safe for the eyes should not go beyond a 3000 Kelvin CT.

For example, a candle gives out around a CT of 1800 Kelvin, an incandescent bulb has a 2400 Kelvin CT. On the other hand, LED lights installed on street lamps break the barriers with a color temperature beyond 4000 Kelvin.

LED lights have a cool blue wavelength which scatter upon hitting the eye. This will eventually damage the retina.

This type of light pollution will end up destroying motorists’ eyes. 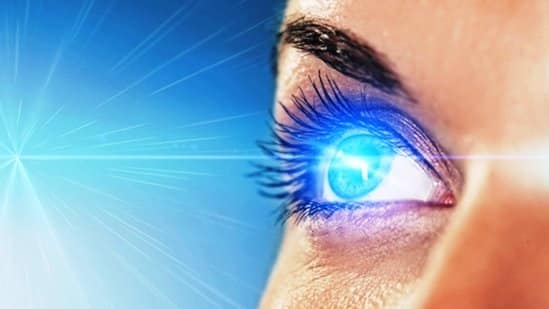 While LED lights give more clarity to the streets at night, their constant glare can throw off people’s sleep rhythms, making it more difficult to sleep at night.

On the other hand, LED lighting has improved city streets by brightening them up. They are also inexpensive to maintain.

The AMA has recommended LED street lights with the lowest possible emission of blue light to avoid damaging people’s retinas. They have also suggested shielding these LED installations to reduce the glare.

Progress and technology does have its caveats after all. The key is in choosing how to apply them correctly.