Not even a month has passed since the United Airlines controversy and now another airline company has been earning flak online for another flight-related incident. As we can see on the disturbing video, an American Airlines employee allegedly attacked a crying mother and then proceeded to challenge another passenger to a fight.

This is, as anyone can tell, definitely a PR nightmare story for the company. According to reports, the incident happened on a flight from San Francisco.

Surain Adyanthaya, one of the flight passengers, took a video of the incident and shared it on social media. 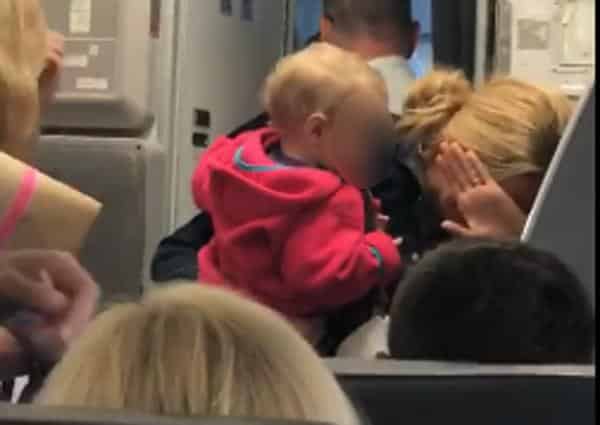 “OMG! A Flight attendant violently took a stroller from a lady with her baby on my flight, hitting her and just missing the baby.

“Then he tried to fight a passenger who stood up for her.”

As a Unilad report tells us, the woman “can be seen crying in the video as she clutches two babies, as she asks to get her pushchair back from the airline staff… Other passengers can be heard muttering in the background, discussing their outrage at the situation and one exclaims he’s ‘not going to sit here and watch this,’ before marching up to the employee.”

Meanwhile, American Airlines quickly issued a statement after learning about the fiasco. 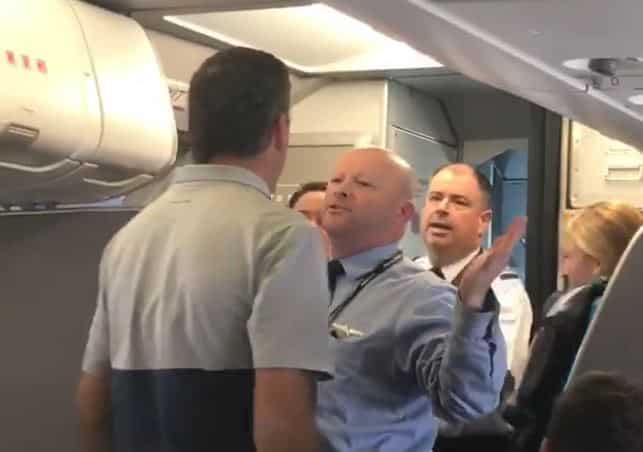 “What we see on this video does not reflect our values or how we care for our customers. We are deeply sorry for the pain we have caused this passenger and her family and to any other customers affected by the incident.

“We are making sure all of her family’s needs are being met while she is in our care.

“After electing to take another flight, we are taking special care of her and her family and upgrading them to first class for the remainder of their international trip.

“The actions of our team member captured here do not appear to reflect patience or empathy, two values necessary for customer care. In short, we are disappointed by these actions.

“The American team member has been removed from duty while we immediately investigate this incident.”

We’re guessing American Airlines will be Twitter’s next target for savage new slogans.