Passengers on a United Airlines plane bound for Louiseville, Kentucky were horrified when Chicago law enforcement dragged a man off an overbooked flight after he stood his ground and refused to give up his rightfully paid-for seat.

The whole upsetting event was captured on cellphone video and posted to Facebook and Twitter where it is now going viral online. Other passengers took to their social media accounts and called out United Airlines for the detestful way they dealt with the situation. 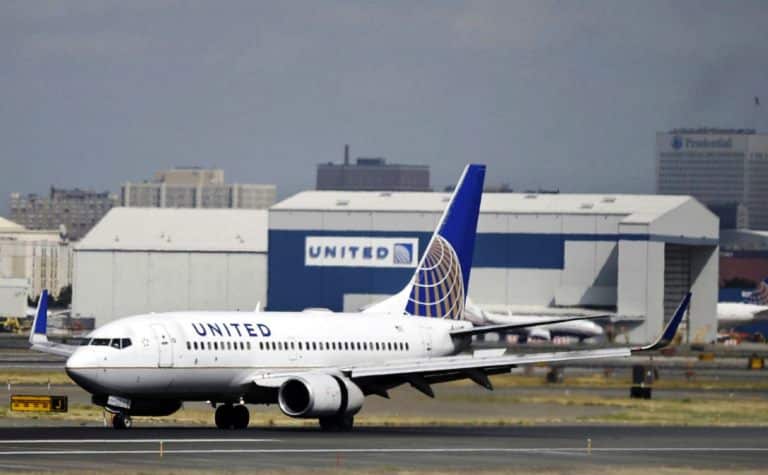 The alarming incident occurred on Flight 3411, which was awaiting take-off at the Chicago O’Hare airport. As is common in the airline industry’s practice, the flight was overbooked. United announced four passengers would need to give up their seats and give way to four United employees who had pressing business in Louisville.

Flight attendants asked for volunteers to be bumped off the flight, but when none of the passengers wanted to give up their seats, they moved to more authoritarian measures.

One of the airline managers came on board and said they would call out random names, and those passengers would have to leave.

One man who was selected was naturally upset. He said he was a doctor and had patients in Louisville he had to attend to the following day. The manager then called security, and three police officers arrived to escort the male passenger from his seat.

@United overbook #flight3411 and decided to force random passengers off the plane. Here's how they did it: pic.twitter.com/QfefM8X2cW

According to other passengers, the three security personnel wrestled the 69-year-old man out of his seat, dragging him by his arms. 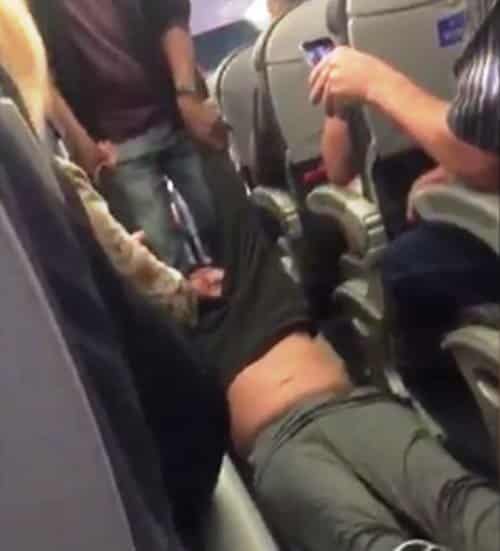 The rough and undignified treatment caused his glasses to fall from his face and his shirt to ride up his torso. As the male passenger screamed in protest, other passengers took videos of the humiliating way he was treated.

According to a witness, the man’s face hit an armrest violently, causing his mouth to bleed. After this, he may have lost consciousness briefly while police officers dragged him out of the plane “like a rag doll.” 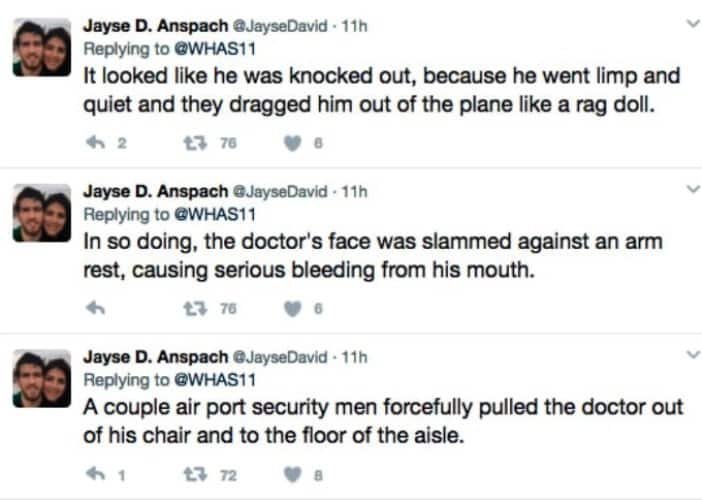 Here’s the appalling incident recorded by another passenger

After some time had passed, the man, with blood still on his face, was eventually allowed back on the plane. He was clearly distressed after his upsetting ordeal. 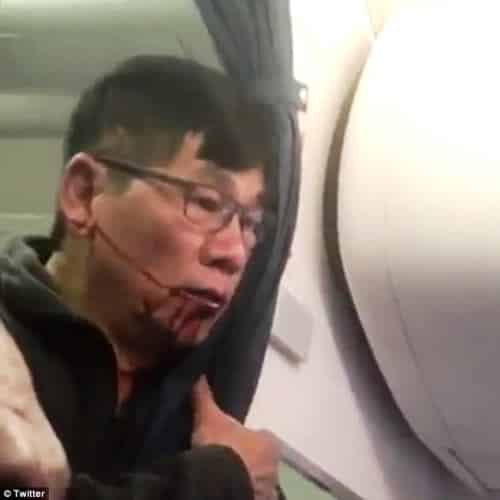 The video of the incident immediately went viral online, and both passengers who were on Flight 3411 that day, as well as netizens who saw the video, called United Airlines out on their illegal treatment of the passenger. 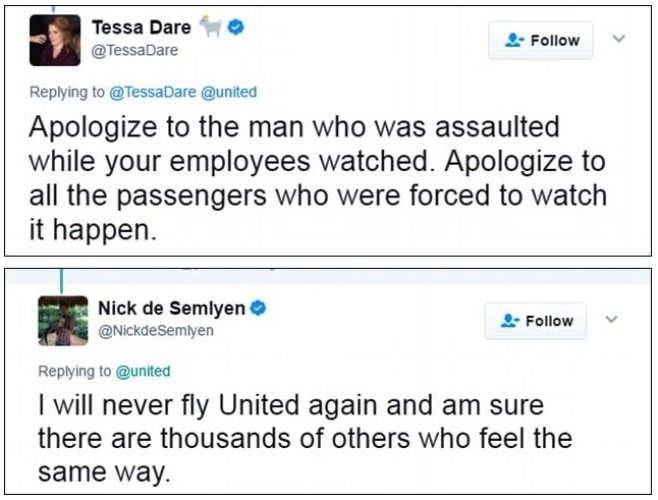 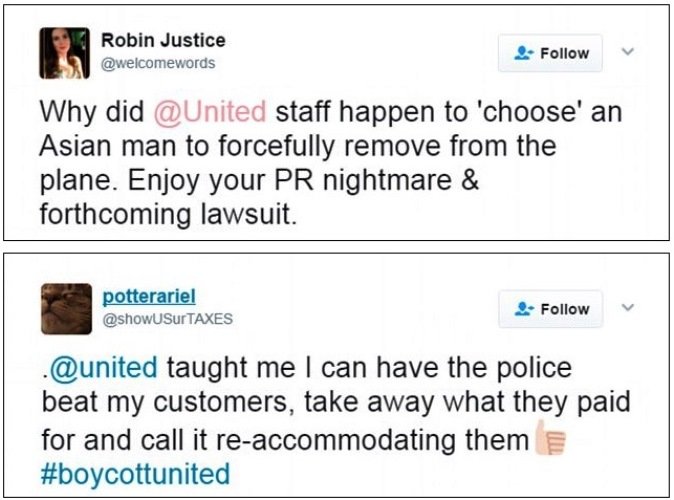 By evening of the same day, the Department of Transportation (USDOT) investigated the incident to determine whether United Airlines had conformed with consumer protection regulations.

“While it is legal for airlines to involuntary bump passengers from an oversold flight when there are not enough volunteers, it is the airline’s responsibility to determine its own fair boarding priorities.”

The Chicago Police Department also released a statement saying the 69-year-old passenger “fell,” which led to his head striking “an armrest causing injuries to his face,” a statement the CPD later retracted. 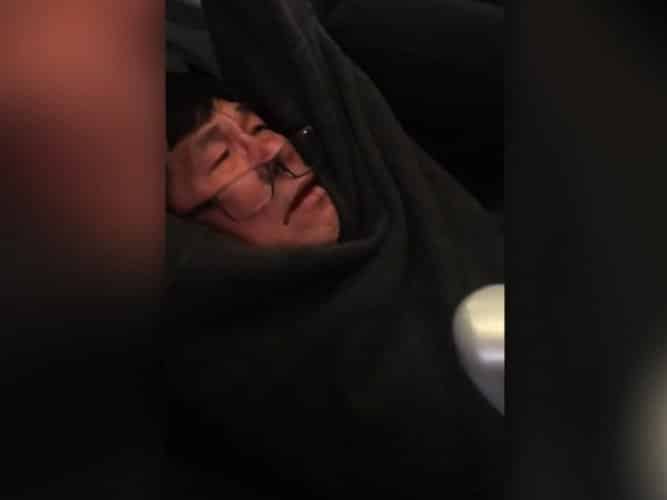 It was later revealed one of the officers involved in the passenger’s removal had been suspended pending investigation.

“The incident on United flight 3411 was not in accordance with our standard operating procedure and the actions of the aviation security officer are obviously not condoned by the Department.”

According to one of the airline’s employees, United initially offered a $400 voucher for four passengers to give up their seat after it announced the plane was overbooked. When no one volunteered, the incentive increased to $800.

When still no one stepped forward, the airline said it offered $1,000 in compensation and called four names. Three of those passengers left without issue except for the 69-year-old man.

“Flight 3411 from Chicago to Louisville was overbooked. After our team looked for volunteers, one customer refused to leave the aircraft voluntarily and law enforcement was asked to come to the gate.

We apologize for the overbook situation. Further details on the removed customer should be directed to authorities.”

In addition, United’s CEO, Oscar Munoz issued the airline’s own statement, apologizing for “having to re-accommodate” customers.

“Our employees followed established procedures for dealing with situations like this,” he said. “While I deeply regret this situation arose, I also emphatically stand behind all of you, and I want to commend you for continuing to go above and beyond to ensure we fly right.

However, United Airlines and Munoz have yet to issue an apology to the male passenger injured as a result of their “re-accommodation.”

A federal investigation is currently underway amid the mounting anger and complaints over the incident. 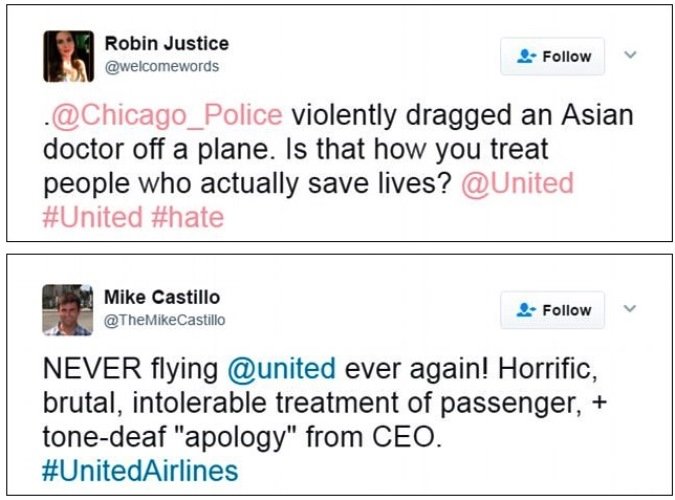