The Mashco Piro tribe is probably one of the last “uncontacted” tribes left in the world. Living an amazon-like lifestyle away from the modern world, the Mashco Piro clan’s rare photos were taken by Jean-Paul van Belle, a professor at the University of Cape Town. It is said that the group leaves the forest in search for turtle eggs but they disappear during the wet season.

Mashco Piro is an indigenous tribe that has lived in a forest in Peru and is rarely seen as they consider everyone as a threat. Also known as Cujareno people, the Mashco Piro tribe is still a challenge for the Peruvian government to approach as doing so can put their lives in danger.

However, logging, drug cartels, and ‘human safaris’ pose a threat to the extinction of the tribe.

In 2011, while Jean-Paul van Belle was aboard a boat in Peru to spot birds in a forest close to the border of Brazil, the indigenous group came out of the forest, giving him the opportunity to take their photos. In his two hours on the boat, he saw the indigenous group staring at him from the riverbank.

Professor Jean-Paul van Belle went on a trip which passed through the forest where the Mashco Piro tribe dwells. 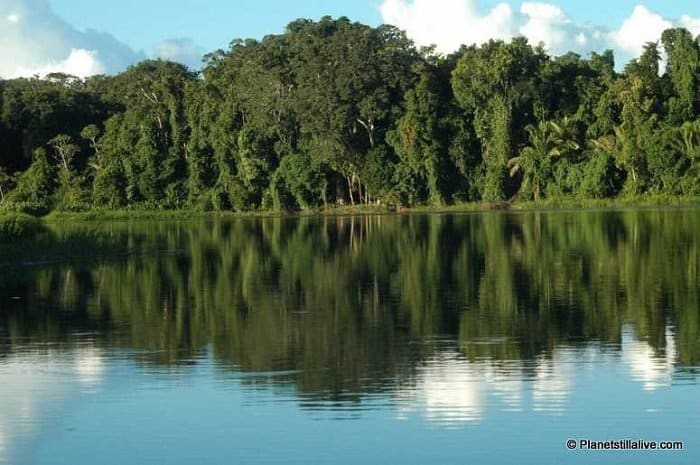 The men of the tribe were the first ones to come out in the open. 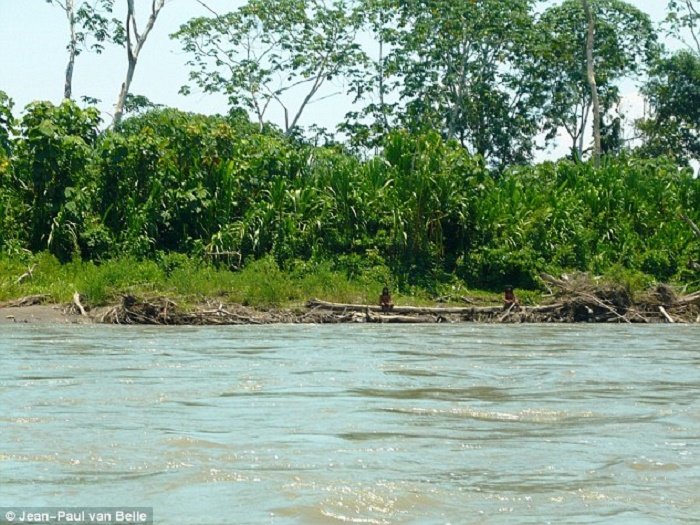 They were very curious and tentative. That’s why it took a long time for the whole group to emerge from their hiding place in the forest. The men came out first and watched us for a long time, and that’s when the women and children came out.

When the rest of the family already felt secure, each of them came out and followed the men in their tribe. 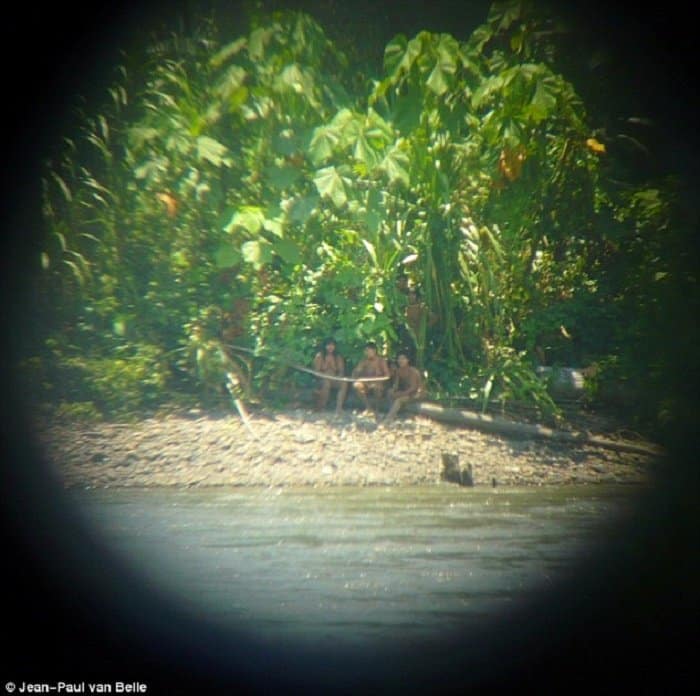 The family from the Mashco Piro tribe then started staring at the Professor as he was watching from a boat in the river. 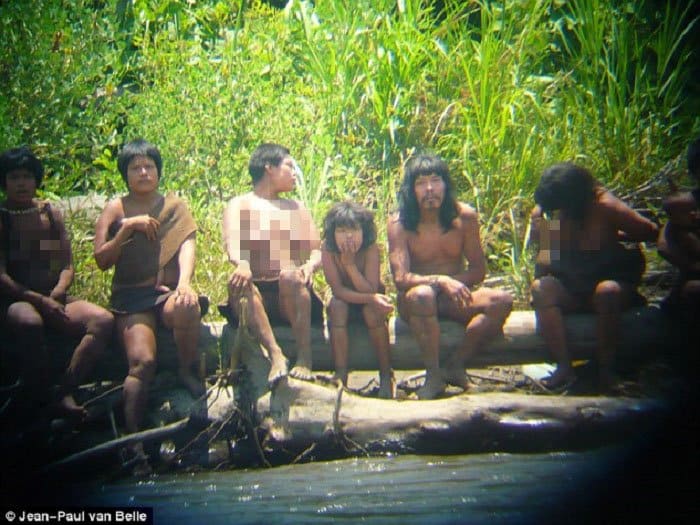 The Mashco Piro tribe has dwelled in the Peruvian forests for 600 years now. 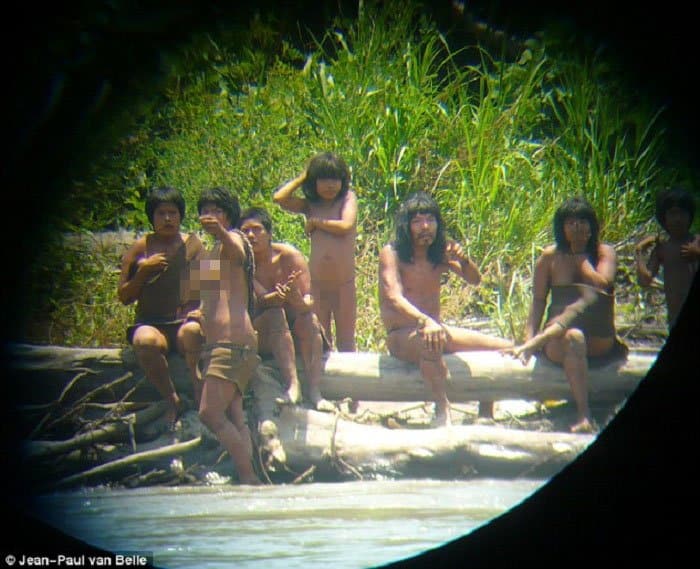 The group has been spotted to have come out many times in 2015 as they are tempted to go out of the forest in search of food. 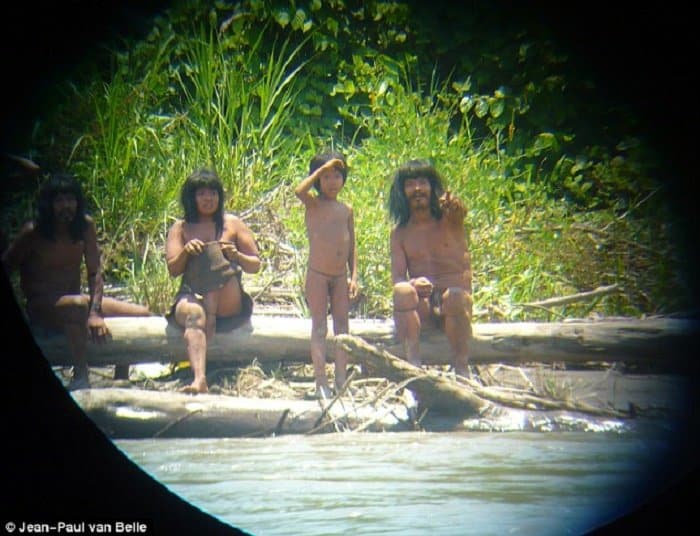 Many missionaries have attempted to lure the tribe to come out of their forest home by giving them pots and pans, persuading them to leave their nomadic life for a modern one. However, even a local guide who have provided for the tribe for 20 years was murdered when he tried to persuade them to settle and end their nomadic life.

Shaco Flores, a Matsigenka Indian, was killed by the tribe after 20 years of providing pots, pans, and machetes for them. 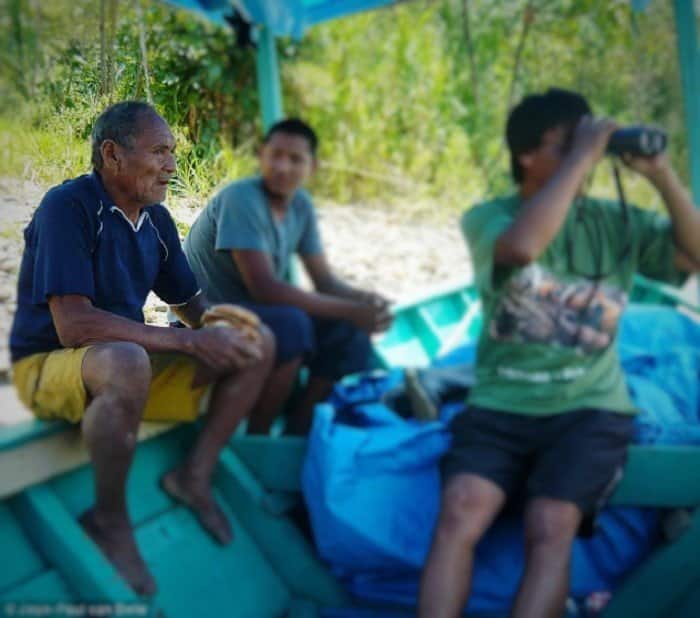 In 2014, a boat carrying local people stopped at the riverbank and gave away clothes to the tribe. 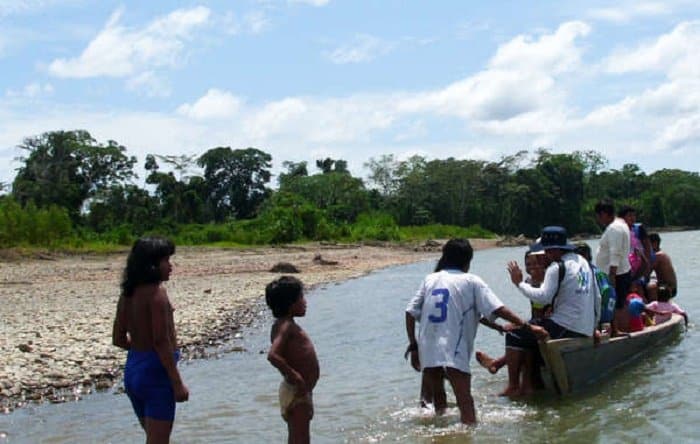 The kids of the Mashco Piro tribe received the clothes and food they were given. 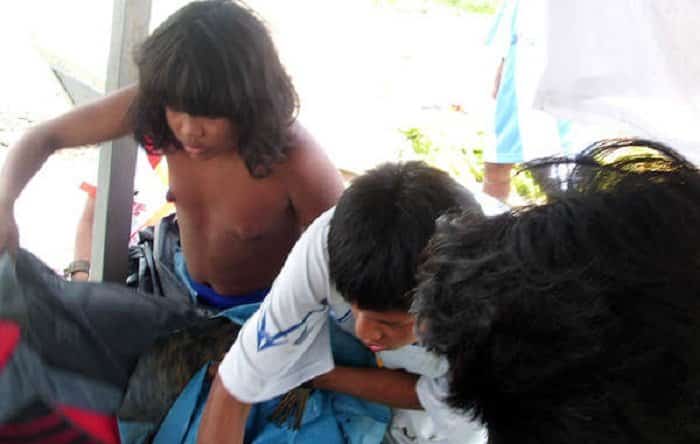 Contact with outsiders can be fatal to the Mashco Piro tribe as they are not immune to the many diseases that outsiders may carry.

Director Stephen Corry of Survival International said, “Missionaries insisting on clothing ‘naked savages’ is the most enduring metaphor for the colonial destruction of tribal peoples. Clothes can not only carry disease – they can make illness worse for people with no tradition of wearing them. Indians too sick to hunt risk sitting around in perpetually damp and unwashed clothes which can exacerbate the infections which have already killed millions of Indians in the Americas. That this is still happening today is a crime which must be stopped. If Peru doesn’t ban tourists and people like this missionary from going anywhere near the uncontacted Indians, its government risks complicity in the annihilation of yet another Indian people.”

Recently, the Peruvian government stated that it has controlled contact with the group. A national Peruvian law has also specified the rights of the indigenous group to remain uncontacted.