We all know that stealing is a crime and those who commit it deserve to be punished. However, there are instances when such a punishment can go overboard that even the theft victims may be considered accountable by the law.

This story is about a teenager in Brazil who allegedly failed in his attempt to steal a bicycle. Unfortunately for him, he was caught by the owner who decided to give him a harsh punishment – giving him a forehead tattoo that says “I’m a thief and a loser” in Portuguese.

This unnamed Brazilian teen was allegedly caught stealing a bike and was given a forehead tattoo that said “I’m a thief and a loser.” 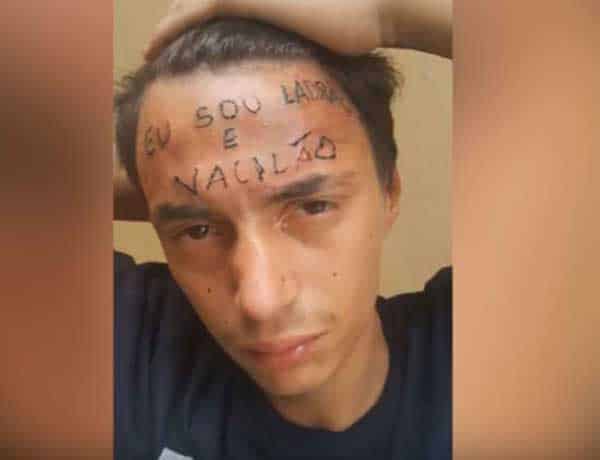 According to the two suspects, the 17-year-old guy tried to steal a bike. The boy’s family, however, says that he actually has “mental health problems” and is “a drug user,” a BBC report said.

The suspects, tattoo artist Maycon Wesley Carvalho dos Reis, 27, and his accomplice Ronildo Moreira de Araujo, 29, who can be heard laughing in the background while filming, have both been arrested and charged with torture. The incident was recorded using a cellphone camera and the local police was able to trace them eventually after the video has been heavily shared on social media.

A CNN article tells us that in Brazil, torture is “considered a heinous crime, and perpetrators cannot be released on bail.”

Carvalho and de Araujo claims they wanted to teach the boy and all other thieves a lesson. 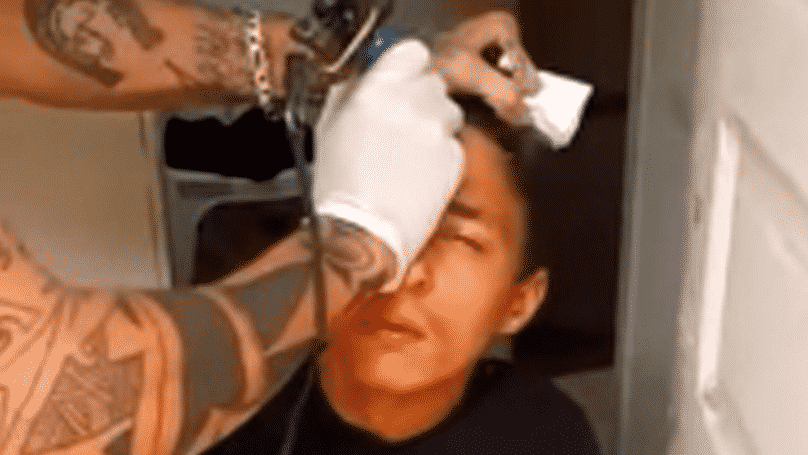 In an interview with Record TV, the mother of the 17-year-old boy said:

“It was like if my son didn’t have a family. I think that this is what the people who did this were thinking, that he didn’t have anyone and that nothing would happen to them.”

Meanwhile, the unnamed teen repeatedly denied that he was trying to steal the bike. According to him, he was “very drunk” and fell on it but wasn’t attempting to steal it. He was caught by the two and they tied his hands and feet. They also told him they would ink him as a punishment for what he did.

“I asked them to make the tattoo on my arm but they said they would do it on my forehead and started laughing. I begged them to break my arms and legs instead.”

A fundraising page has been created by volunteers to raise money for the tattoo removal.

“The tattoo can be removed, but the scars will remain in my mind.”