A dad from Quebec, Canada was wondering why his toddler kept getting sick. There wasn’t a flu going around and there hadn’t been any government advisory about a virus targeting children.

On a hunch, Simon O’kanada examined his son’s Tommee Tippee sippy bottle. After breaking open the cup’s anti-spill guard, he discovered something that thoroughly grossed him out and made him extremely mad at the same time.

Simon O’kanada wondered why his son kept getting sick. 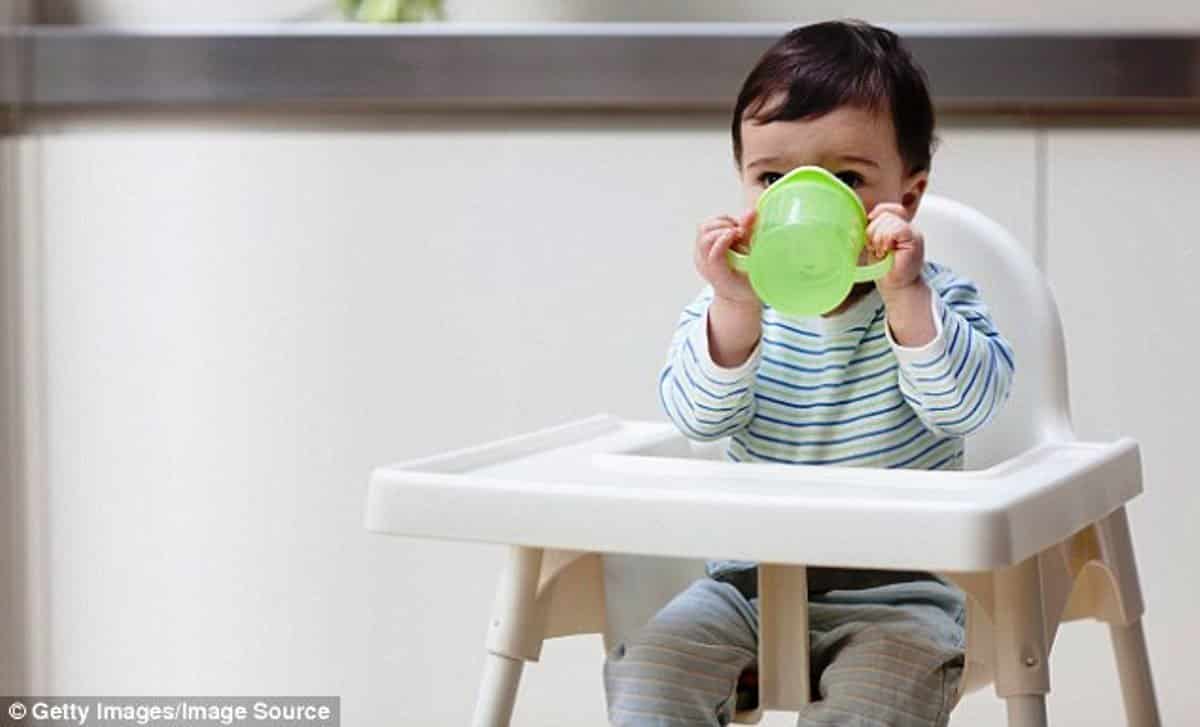 So he broke the anti-spill top of this “Tommee Tippee” bottle and discovered something utterly disgusting! 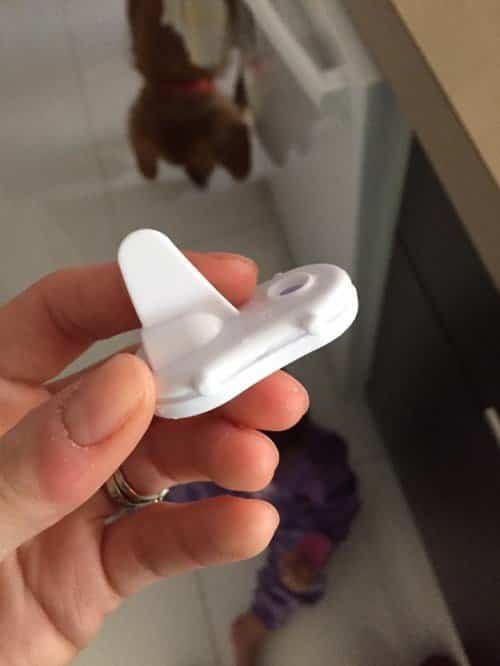 It turns out, the product’s leak proof anti-spill guard was built sealed shut, and no amount of cleaning, either in the dishwasher or by hand, could remove the build-up inside. It had to be broken open to see the inside…

The Tommee Tippee sippy cup was chock full of mold! 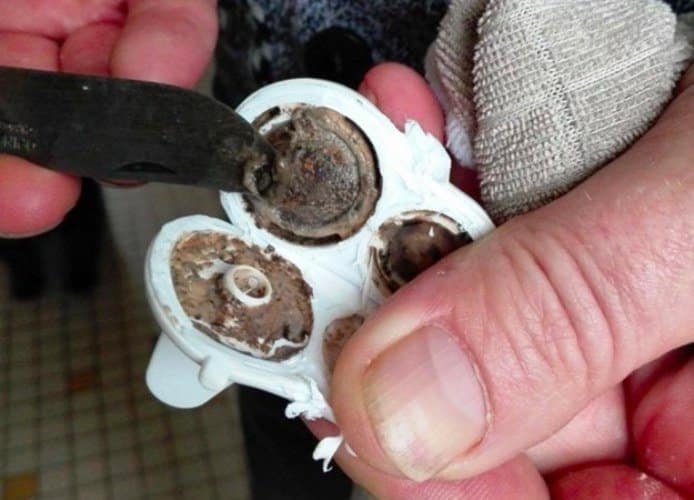 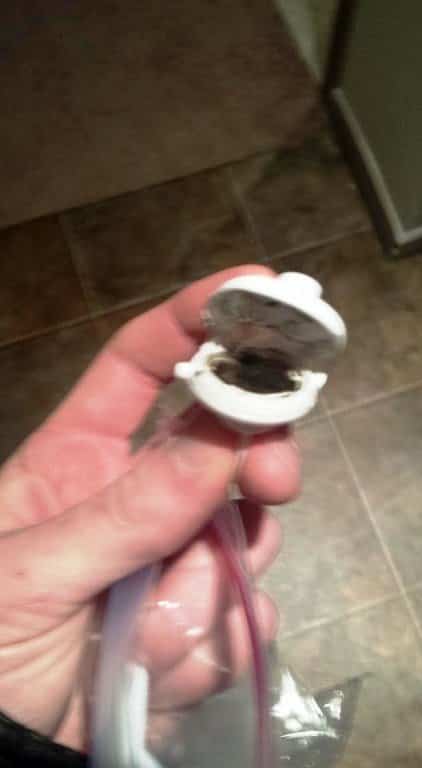 O’kanada called the company to complain, but according to him, the lady who answered his call simply laughed.

Incensed, he shared photos of the moldy Tommy Tippee anti-spill guard online, and was aghast to find out that countless other parents, suspicious of their children’s sippy cups, broke open the anti-spill guards and found mold build-up, as well. 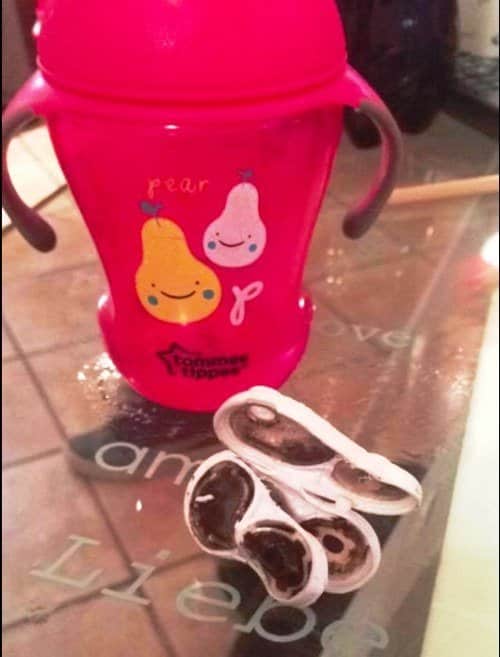 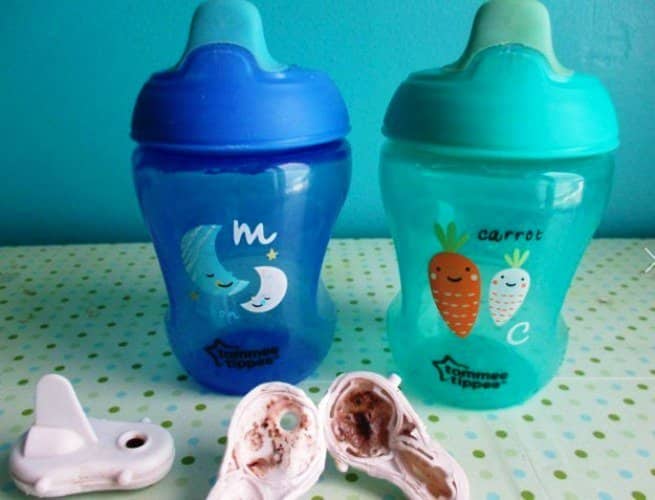 Mold is potentially dangerous and can cause a variety of symptoms, including shortness of breath, gastrointestinal problems, fatigue, immune system disturbances, headaches, visual problems, muscle and joint pain, and in some severe cases, even death!

Finding mold in children’s sippy cup components that would be impossible to remove even with thorough and regular washing caused a deluge of complaints from horrified parents.

Tommee Tippee issued a statement apologizing for the inconvenience and assured worried parents they were working on the problem. They have also offered to replace the defective sippy cups with an alternative product.

Still, this horror story about children’s sippy cups should serve as a warning to parents about choosing their baby products wisely.

It could mean life or death for your child… 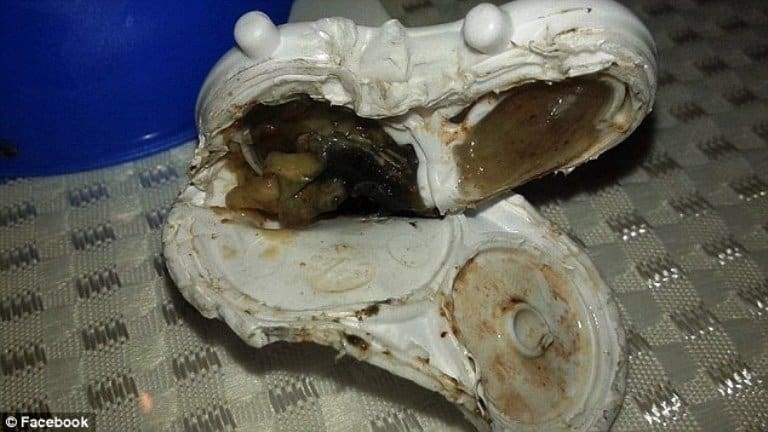