Five-year-old Aubrey Toby dazzled everyone at her graduation ceremony with her sassy dance moves. Clad in her shiny purple cap and graduation gown, the North Carolina pre-k grad stood out as she showed off her groovy moves and confidence.

A clip of Aubrey was shared to Instagram by her godfather Merle Murrain II. In it, the child can be seen dancing to Justin Timberlake’s pop ditty “Can’t Stop The Feeling.”

Five-year-old Aubrey Toby is not one to blend in the crowd. 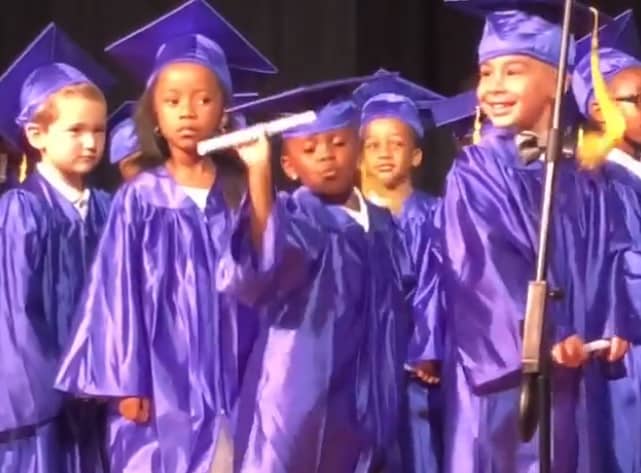 In the clip, Aubrey can be seen moving to the music, complete with fierce hand movements and facial expressions, while waiting for her turn to march. The other children were also dancing but not as carefree as Aubrey. Her godfather captioned his post:

“Her future is going to be amazing! Class of 2018. Pre-K Graduation. Aubrey Christina Toby #waitforit”

Aubrey ended her dance with an adorable twirl, and has since garnered viral fame. 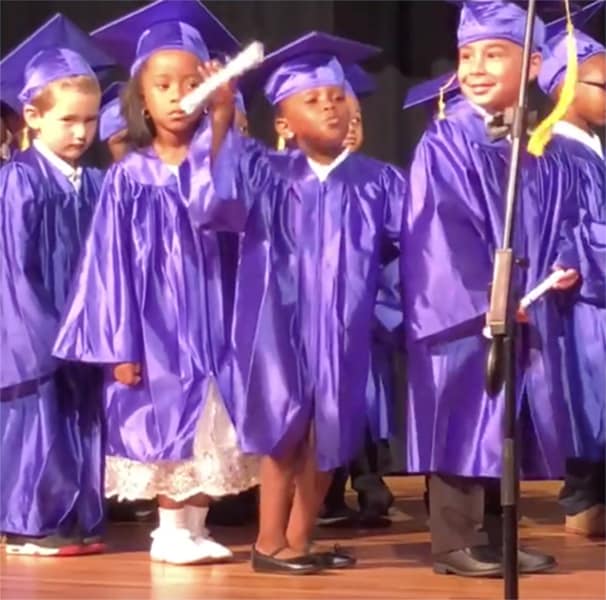 “Utter disbelief. I wasn’t prepared for it at all. Like I said, I know my child. She loves the attention, she loves just playing and things like that. But when she started walking off and the spin happened – I was’t expecting that at all, I wasn’t ready for that. Um… yeah, it was crazy.”

He added that Aubrey also dreams of becoming a doctor.

“She’s just developed. Developed being in the classroom, intermingling with her friends, and just learning and developed. She’s just sprouted, like a butterfly.”

Watch the video report below: