In fact, some of our blog readers have been using our comment section on Facebook to do that, particularly on one of our recent posts (that one with hilarious Valentine’s day cards).

Anyway, for this post, we’ll enlighten you about what the buzz is really all about.

First and foremost, some of the posts we see online will tell us that by using a mobile device and entering the code @[4:0] as a comment, you can find out whether your Facebook account has been hacked or not. According to the posts, you are totally safe from hacking if the comment transforms into ‘Mark Zuckerberg.’

Mark Zuckerberg, of course, is the name of the CEO and co-founder of Facebook, the biggest social networking site in the world. The code, however, doesn’t have anything to do with hacking.

HackRead clarifies that typing @[4:0] doesn’t have anything to do with hacking. 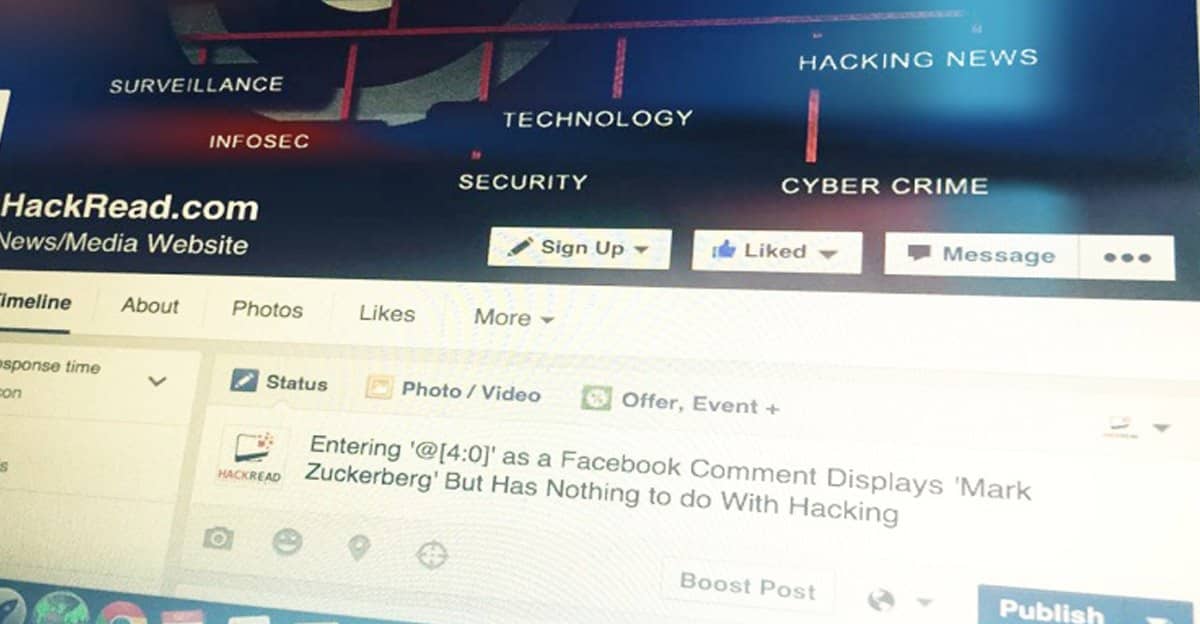 Actually, this isn’t a new rumor at all. Way back September 2015, HackRead already wrote something about it. The blog post read:

“Mark Zuckerberg … had the privilege of creating one of the first accounts on the social network. Therefore, when you enter a number as low as 4, it displays the name of Mark Zuckerberg.

If you substitute this number with ‘5’ and enter ‘@[5:0]’ in the comments section, you will get the name of Chris Hughes, Facebook’s co-founder. The first three numbers probably were used for initial testing and that’s why these don’t appear to be allotted to any user.”

So yes, the code has nothing to do with hacking. You really don’t have anything to be worried about.

“It seems tricksters are running out of ideas and this is why they have relied upon a reworked version of an already viral message. In that particular campaign, users were asked to enter the last three digits of their phone number in this format “@[three digits:0]” in the comments section to get their cell number displayed.”