Roger, the red kangaroo who stands 2m tall and  weighs 89 kg, is the latest Internet sensation. The alpha male kangaroo living in he Kangaroo Sanctuary Alice Springs in the Northern Territory is capable of crushing metal buckets with his bare paws. He even stares menacingly at the camera as he does the act. 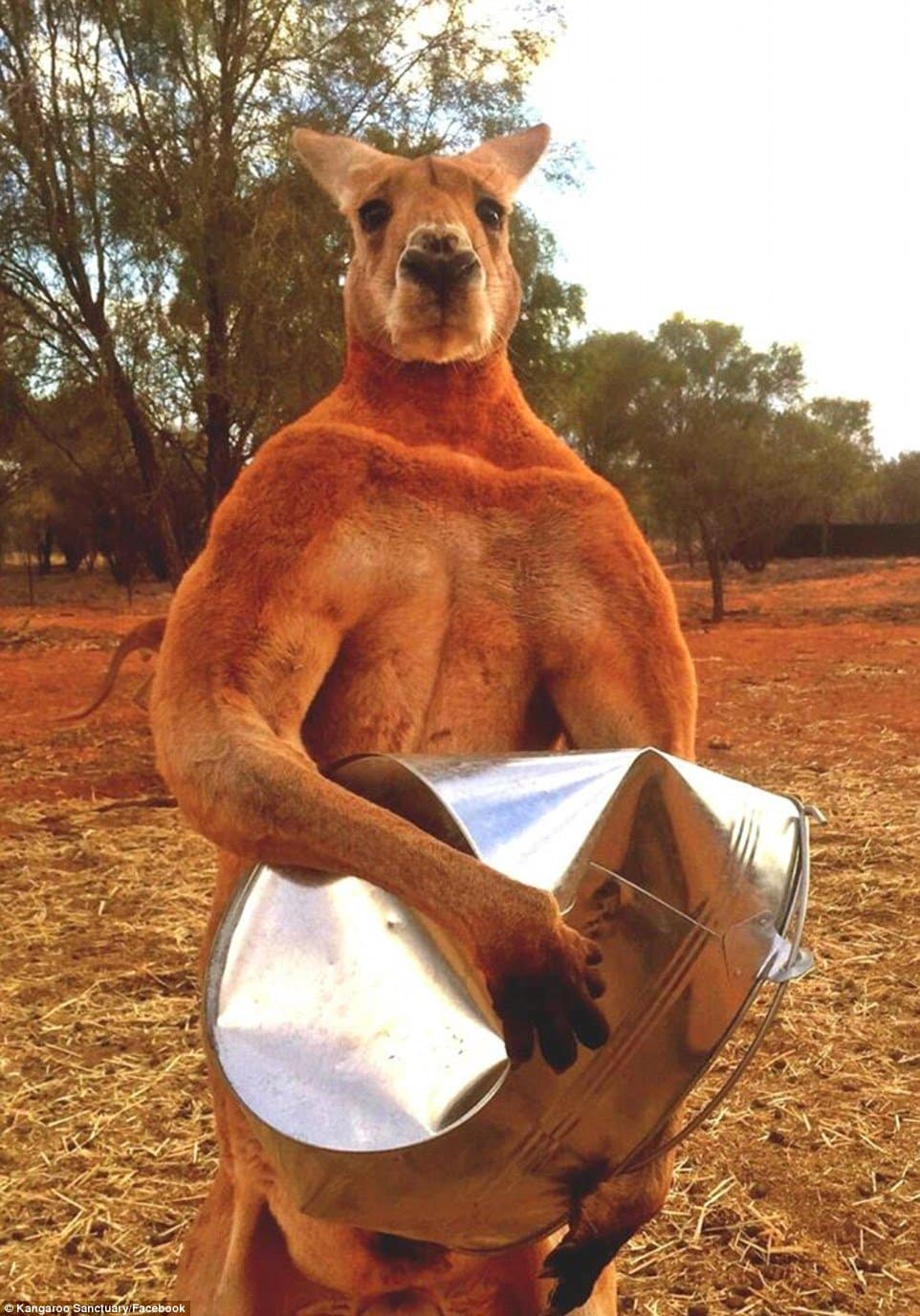 “His daily exercise regime is sparring [kickboxing] his rivals and chasing his human ‘Mum’, me. He also loves crushing metal buckets,” Brolga said.

Back in 2006, Roger was rescued as a baby joey after his mother was found dead in a highway accident. Now aged 9, Roger is expected to grow even bigger as he gets older. 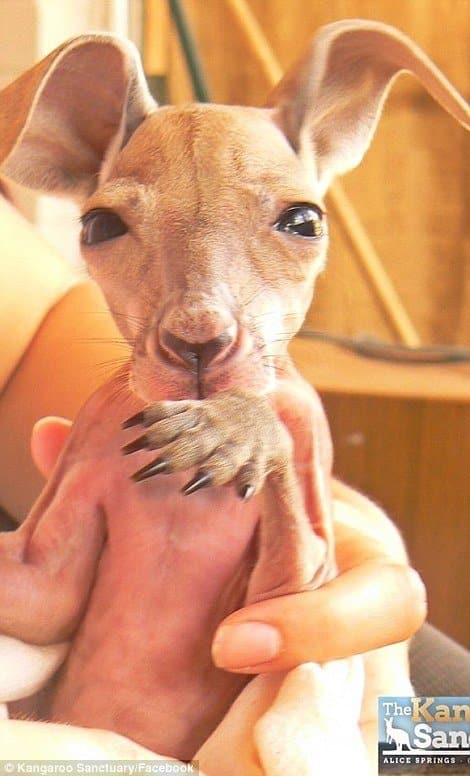 Although Roger exudes a tough-guy persona, the muscular alpha-male has a softer side. Recently, Roger was photographed holding a plush rabbit. 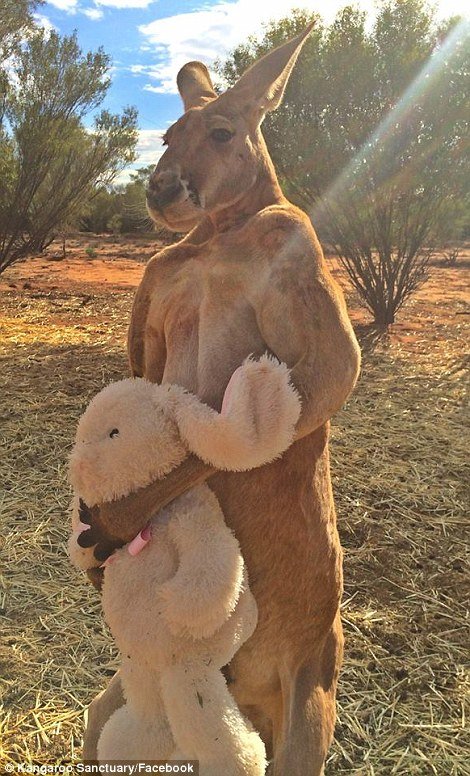 Watch Roger show off his prowess.