Some actors are willing to do anything for a role. Unfortunately, the inclination to do something dangerous could also lead to disaster. Several stars have suffered minor injuries on the set of a TV show or a blockbuster film. However, these celebrities had shocking accidents that landed them in the hospital or ended up in the movie itself.

A few actors have had repeat injuries in several different films. For one, Spider-Man: Homecoming star Tom Holland has broken his nose three times since he became the Marvel superhero. Interestingly, Holland’s first broken nose was on the set of The Lost City of Z while the more recent one may have been for his final stunt in Avengers 4. In the meantime, here are the celebrities who had unbelievable accidents while working on a movie. 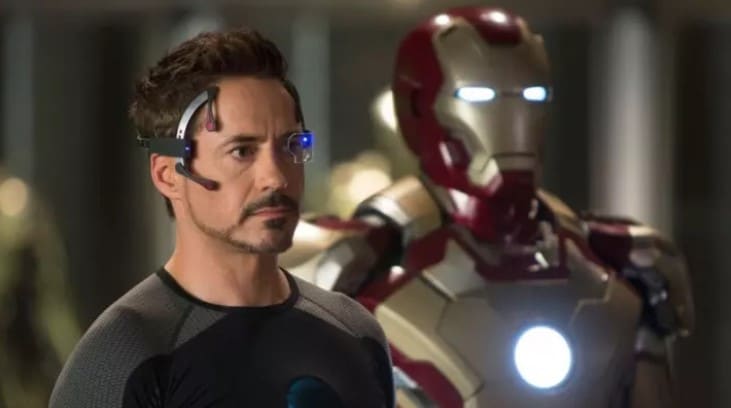 The Marvel star was unable to work for six weeks but the sequel was still finished on time, thanks to some CGI magic. The production team created their own fake Tony Stark using a body double and facial captures of RDJ.

16. Jeremy Renner breaks both arms on the set of a non-Marvel film. 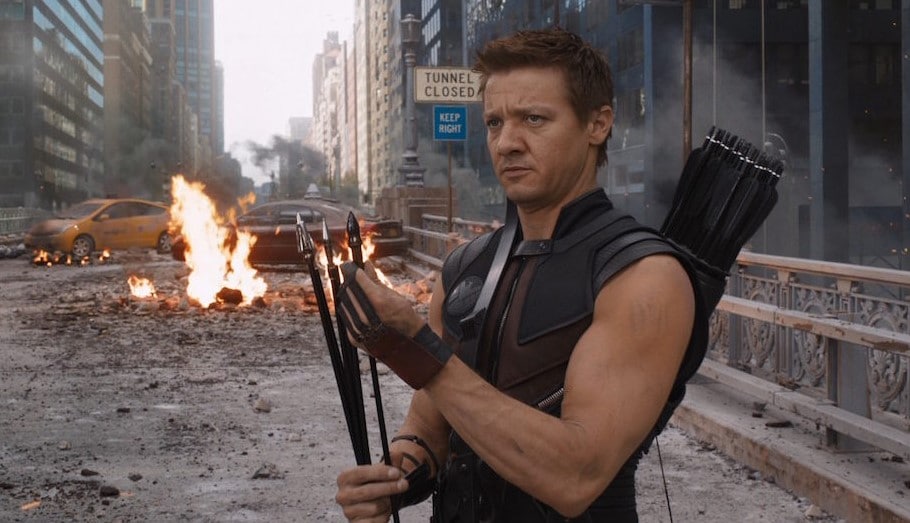 Fans initially thought Renner broke his right elbow and left wrist on the set of Avengers: Infinity War. However, it was revealed that the real Hawkeye was injured while working on the movie Tag.

15. Jaimie Alexander suffered a whole mess of injuries on Thor: The Dark World.

The third Marvel star in the list actually managed to walk off the injury but was surprised when she tried to drive the following day.

“I herniated a disk in my Thoracic spine, dislocated my left shoulder, tore my right Rhomboid, and chipped eleven vertebra… Then, I was okay, but in a lot of pain. The next morning I got in a car to go to the hospital, and I sat in the car and compressed my spine a little bit, and went paralyzed in my right leg and my right hand.” 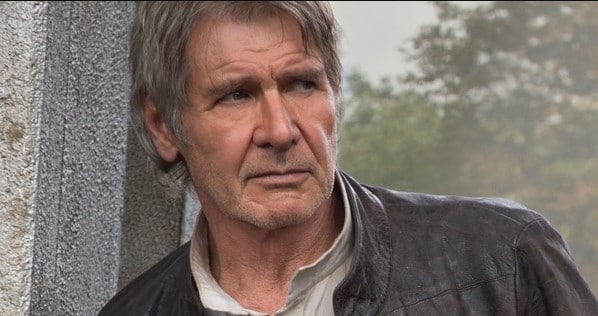 Remember how Obi-Wan Kenobi chopped off Darth Maul’s lower half in the prequel films? Ford almost suffered a similar fate but through a malfunctioning door. The door pinned the Indiana Jones actor down, breaking his left leg and dislocating his ankle.

13. Channing Tatum took a scalding hot water bath in The Eagle, and that’s not the worst of it. 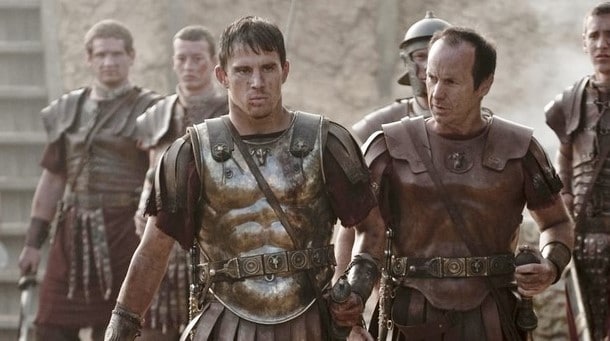 The actor’s horrifying injury involved boiling water being poured down his wetsuit and left his manhood without any skin. Luckily, Tatum reports that his nether regions have healed since the incident and the accident didn’t leave any scars. Unfortunately, the same cannot be said about the next entry.

12. The witch actually got burned in The Wizard of Oz. 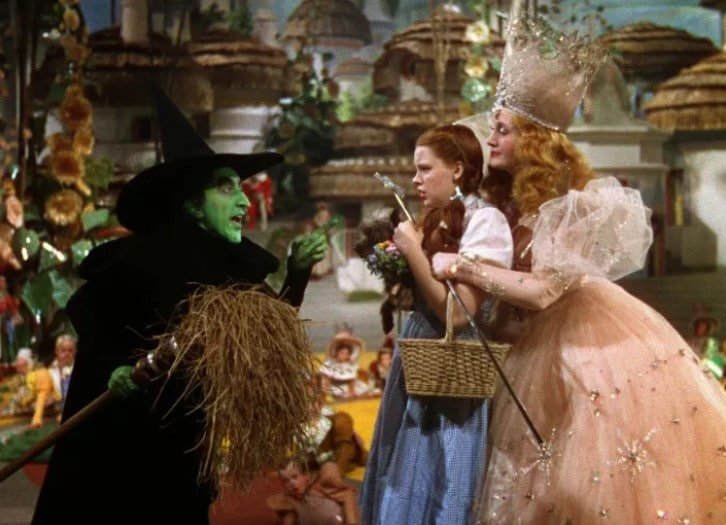 Margaret Hamilton’s face and hands were burned when a prop door malfunctioned during the Wicked Witch of the West’s exit from Munchkinland. Incidentally, Hamilton’s body double suffered similar burns in a different scene.

11. Cary Elwes forced Christopher Guest to bonk him in the head in The Princess Bride.

The Saw actor admitted that he told Guest to hit him with the sword for real. Unfortunately, the impact made him lose consciousness and the wound needed stitches. The scene actually ended up in the final cut of the movie.

The scene is a major standout in the film not only for DiCaprio’s stirring monologue but also for what he did with his bloodied hand. The actor actually smeared his blood on Kerry Washington’s face, making for a truly intense movie moment. 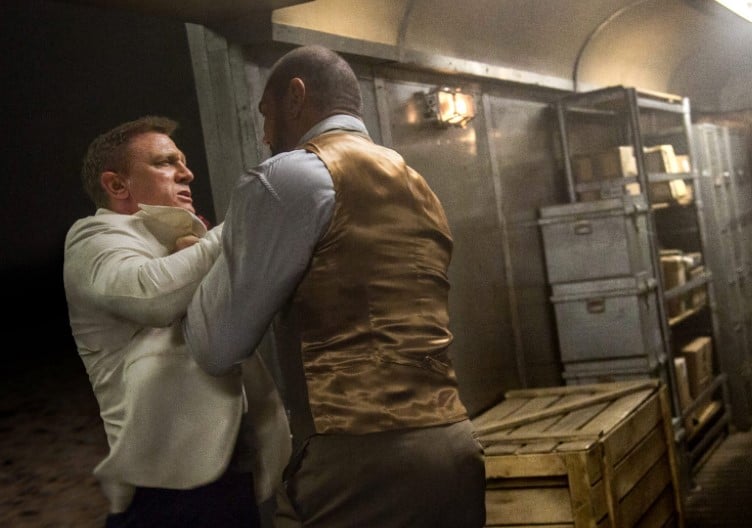 The real James Bond made a mistake during the fight scene with Dave Bautista leading to his knee collapsing in. Craig needed arthroscopic surgery, which delayed the 007 movie’s release.

8. Charlize Theron almost got paralyzed while working on Aeon Flux. 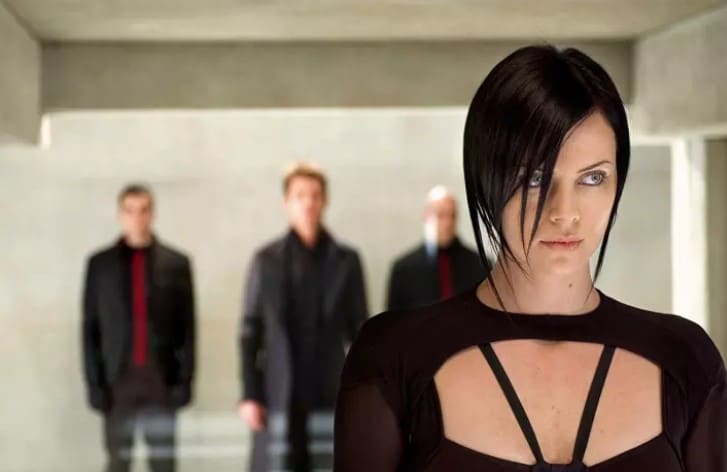 The Academy Award winner fell on her neck while trying to land a backwards somersault. The impact made a disc slip in her neck and almost ended up in her spine. It took Theron six weeks to recover.

7. Nicole Kidman breaks a rib and her corset in Moulin Rouge! only made things worse. 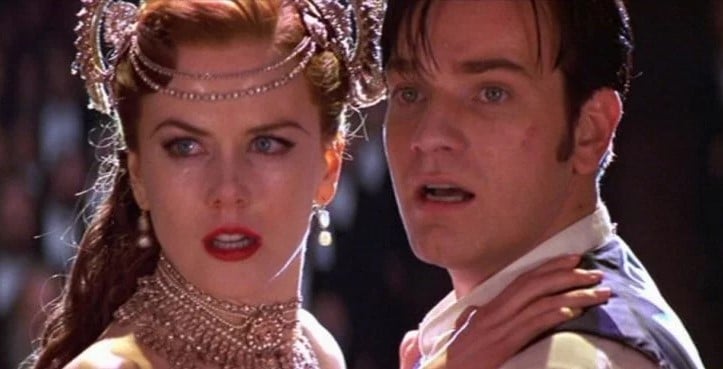 Although the actress returned to the set after her injury, she still experienced horrible pain because of the corset she had to where in the film.

6. Sylvester Stallone’s heart swelled while filming Rocky IV, but not because of a nice moment. 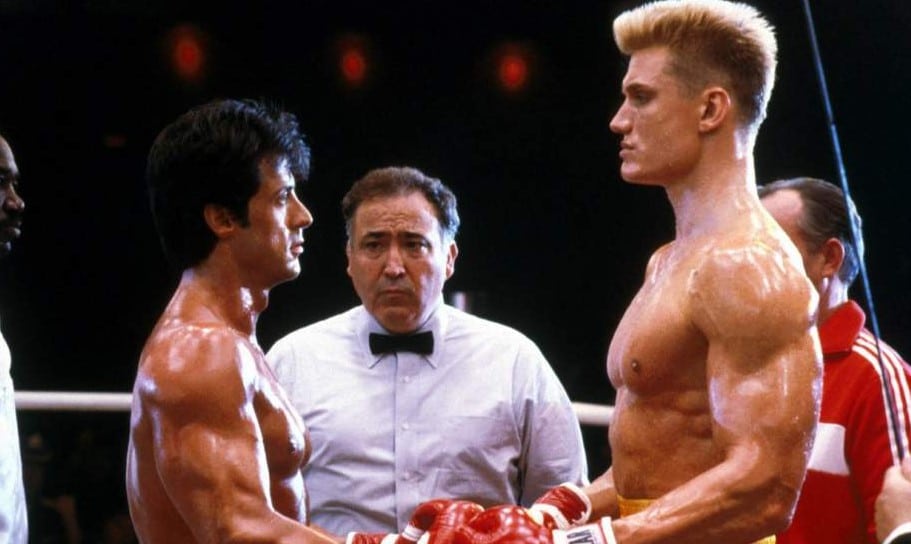 Stallone convinced Dolph Lundgren to punch him for real and the impact slammed his heart against his breastbone. The insurance company almost denied covering the injury since it looked more like a car accident than just a mere punch in the chest.

5. Joseph Gordon-Levitt rode his bike into a taxi in Premium Rush. 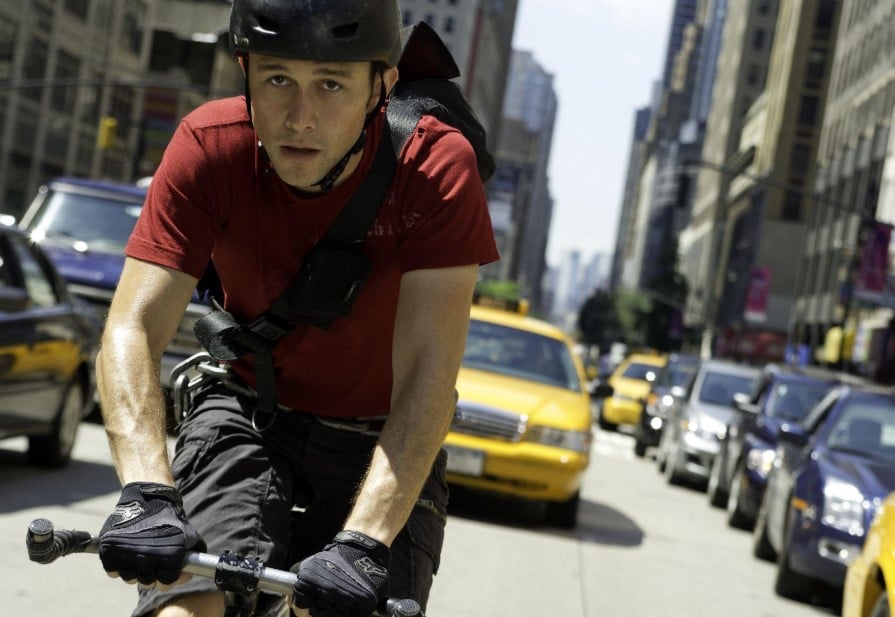 The Inception star casually admitted that he needed 31 stitches after crashing into the rear window of a car.

4. Brendan Fraser almost got hanged for real in The Mummy. 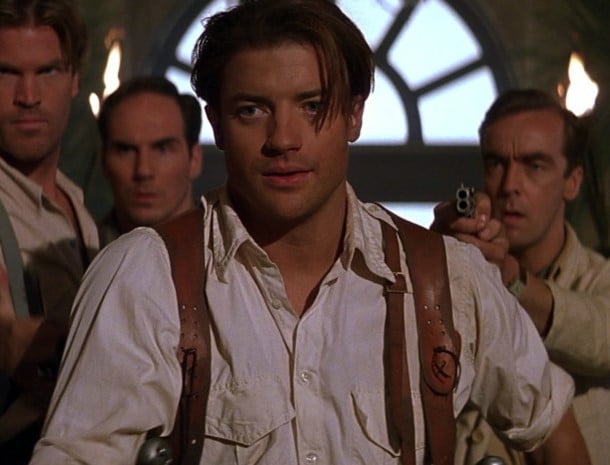 According to Fraser, the director ordered the team to increase the tension in the noose around his neck. When he tried to get some air, he ended up losing consciousness for 18 seconds.

3. Fred Astaire almost went blind for a dance sequence in Follow The Fleet.

The perfectionist was repeatedly hit in the face by the heavy sleeves of Ginger Rogers’ dress. Although his jaw and eye were hurting, Astaire still kept dancing and the take ended up in the film.

Cruise discussed the injury that still makes his co-star Rebecca Ferguson uncomfortable. Interestingly, the take where the actor’s foot gets bent inward appears in the movie.

1. Sure, Jackie Chan has suffered numerous injuries in his films but this one takes the cake. 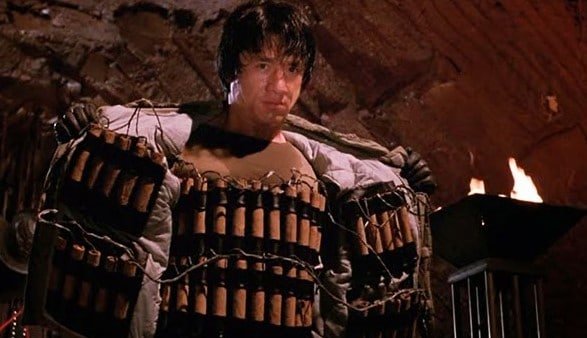 Chan himself declared that his worst injury was in Armor of God where he slammed into a tree, forcing a shard of bone from his skull to penetrate his brain. Nevertheless, he still continues to do his own stunts in his films.