We’ve heard about things getting out of hand during rallies for Republican presidential hopeful Donald Trump, but this latest incident involving a 15-year-old girl is quite disturbing.

The girl, who’s identified only as “Alex,” was with the group who was protesting against Trump right outside a conference center in Janesville, Wisconsin.

“The Republican candidate – who has been accused of inciting violence at his rallies – was in the swing state for a town hall event Tuesday evening, ahead of Wisconsin primary voters taking to the polls next week,” reported Alexandra Genova in The Daily Mail.

Meanwhile, the Trump supporters who could no longer be accommodated at the venue stayed just right outside. Unfortunately, they were face-to-face with the anti-Trump crowd. 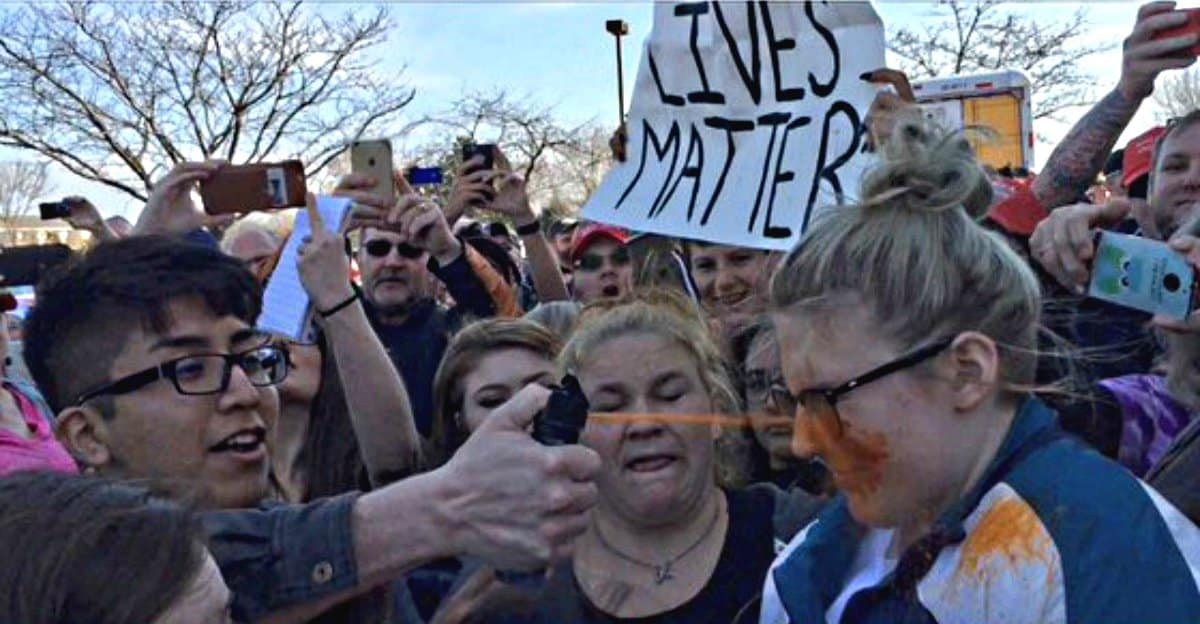 The exchange between the two groups became heated and Alex was right smack in the middle of it. She reportedly got into an argument with an older man who was a Trump supporter.

Reports alleged that Alex pushed away the older man, who was later identified as Dan Crandall, because he groped her. Crandall denies this allegation. “She challenged me, saying, ‘Why are you at a Trump rally if you are a grown man?’ and I replied that that was exactly why I was at a Trump rally…because I am a grown man and I want to make this country great again.”

With all the “he said, she said” claims going around, it may be best if people view the various photos and videos that reporters, protesters, and Trump supporters took of the hostile encounter. Just like Trump himself, this disturbing incident causes a whole lot of debates. What makes this case even more complicated was the fact that Alex is a minor. Somebody should ask Trump about what he thinks of these little eruptions of violence at his rallies.