The new year is almost upon us. This means we will have some toasts to a prosperous year, eat a sumptuous New Year’s Dinner, do a countdown to midnight, light some fireworks, smash plates on our neighbor’s door and fight each other! Wait, smashing plates and fighting? Well believe it or not, some countries celebrate New Year this way.

We rounded up some of the weird New Year’s traditions and their meanings. You might want to adapt some of these cool gestures. 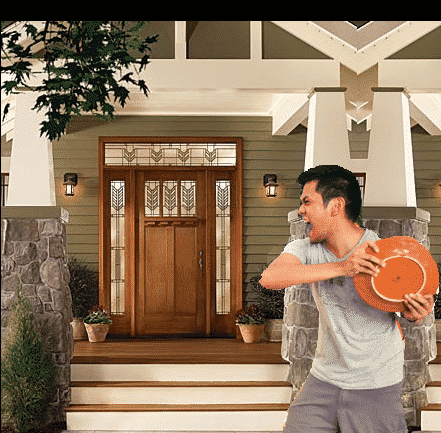 Country of Origin: Denmark (also practiced in Greece and some other European countries)
Meaning: One is encouraged to smash plates in their neighbors and friends’ doorsteps. The more smashed debris on your doorstep, the more blessings you will receive next year! A good practice to release aggression eh?

2. Smash some face with a street brawl! 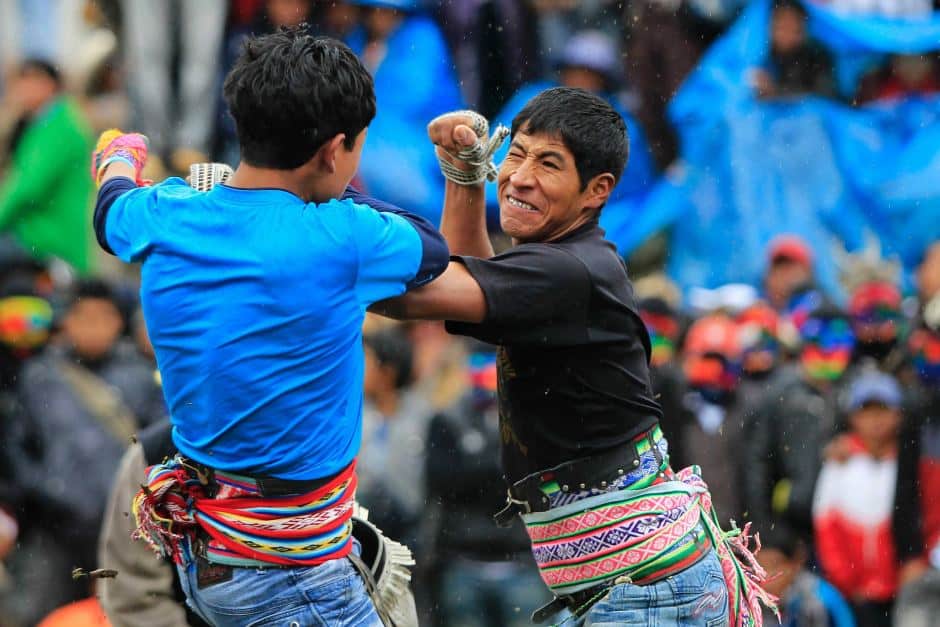 Country of Origin: Peru
Meaning: This practice actually has a name and is a part of the cultural heritage of the tribes in Peru. It is called the Takanakuy Festival wherein at the end of December, the villagers are encouraged to fight those whom they have some squabbles with in the past year. They exchanged punches to settle their differences and symbolic of letting go of their ill feelings and starting a clean slate next year. Nice meaning right, and nice excuse to go punch your asshole neighbor 🙂 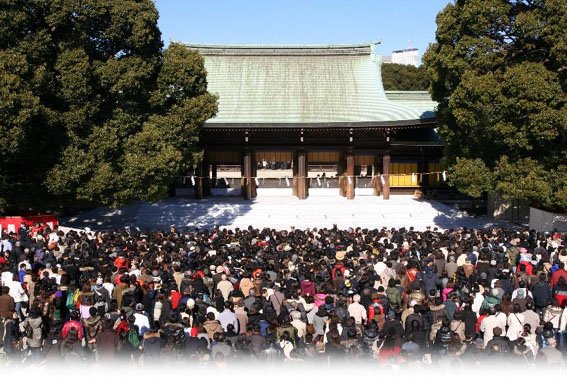 Country of Origin: Japan
Meaning: Come New Year, all temples in Japan ring their bells an exact 108 times. It is believed this ushers in good luck and cleanses the spirit. After which, flocks of people will do their Hatsumode or first temple visit for the year to pray. The queue to pray can get really long though and take all day!

4. Wear a colored underwear for love, wealth or luck! 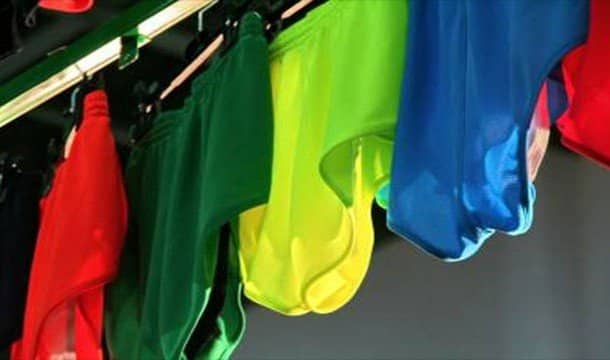 Country of Origin: Several South American countries
Meaning: In these countries wearing a certain color of underwear on New Year’s Eve will bring you certain things in the coming year. There is red for love, gold or yellow for wealth, white for peace and so on. 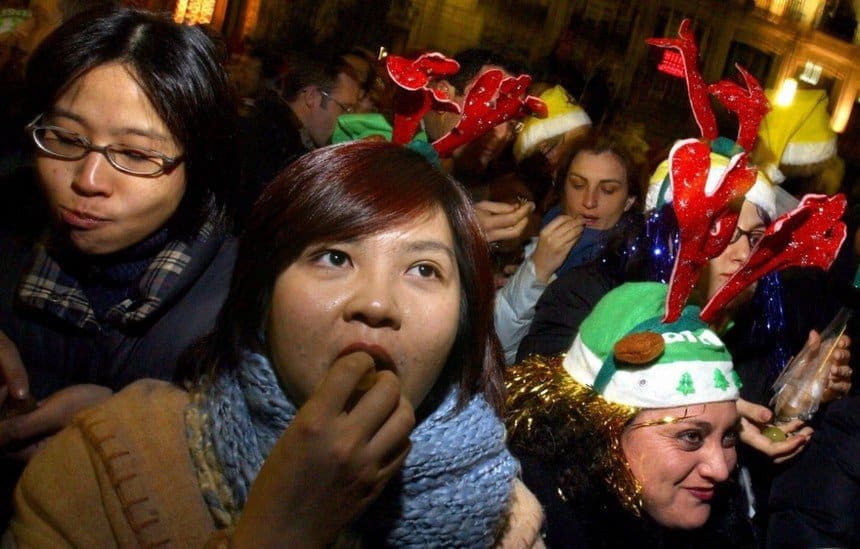 Country of Origin: Spain and Philippines
Meaning: In Spain, if you can successfully stuff your mouth with 12 grapes on the midnight of New Year’s you will be lucky. In the Philippines, families must serve 12 different kinds of round fruits to usher in luck as well.

6. Drink the ashes of your wishes 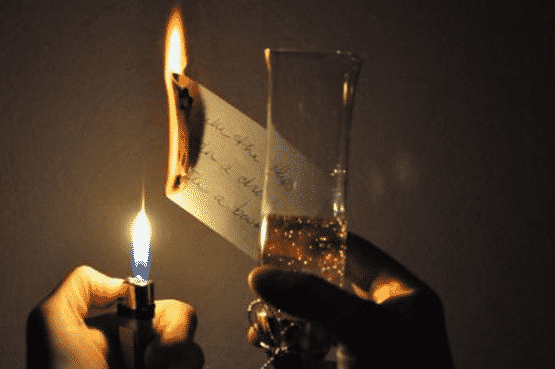 Country of Origin: Russia
Meaning: The practice entails writing down your wish for the new year, burning it and mixing the ashes and smolders in your drink (preferably alcoholic), and drinking it to the last drop before the clock strikes past 12 midnight. It meant your wish will be fulfilled. What can I say, badass traditions such as drinking ashes certainly sounds so Russian!

7. Time for some arson and set things on fire! 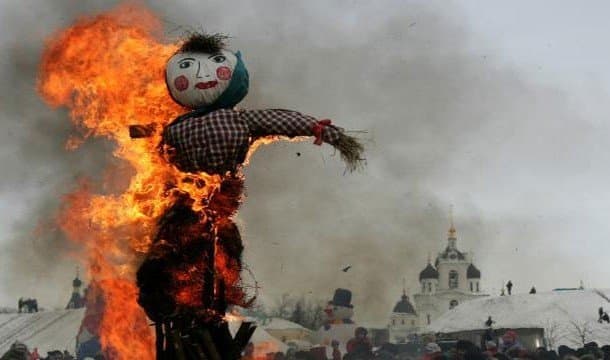 Country of Origin: Ecuador
Meaning: In Ecuador, scarecrows are burned as well as old photographs to drive away bad luck (maybe bad memories too?) and usher in good luck and prosperity.

8. Let a tall, dark man enter your house as the first visitor at midnight 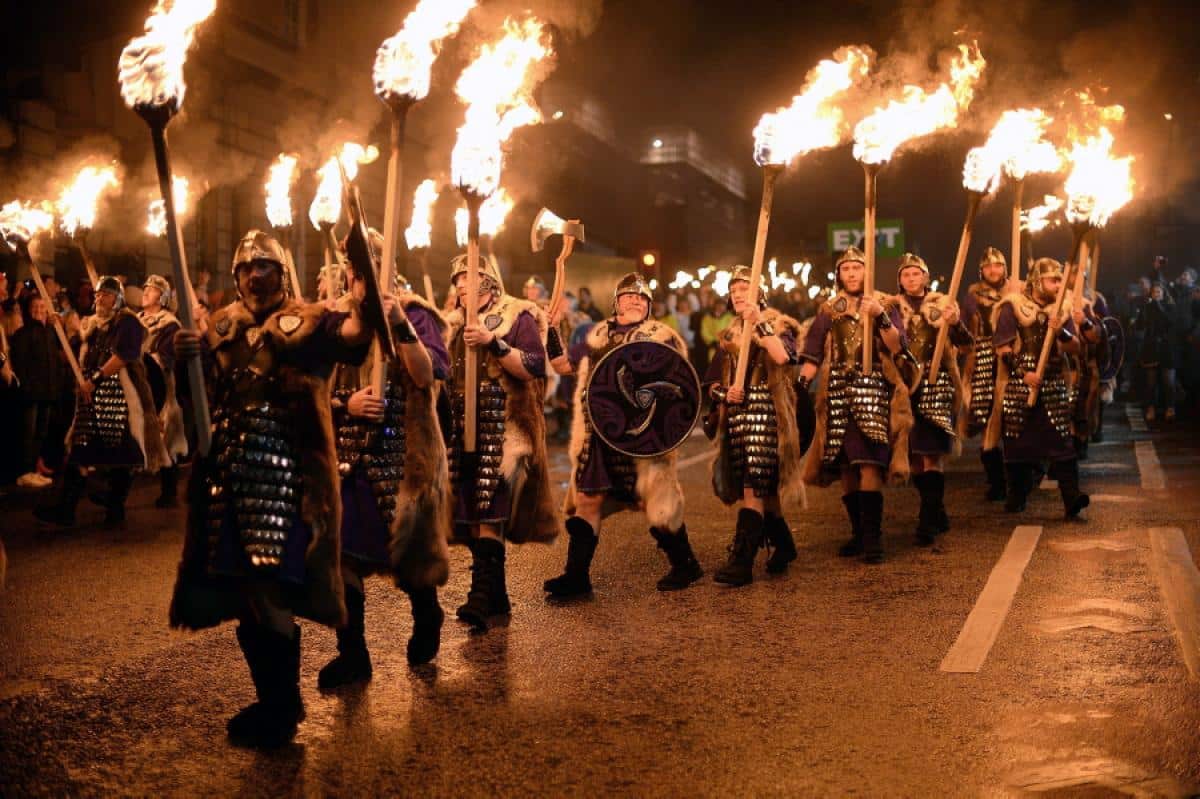 Country of Origin: Scotland
Meaning: It sounds a bit racist and sexist, but the Scottish Hogmanay tradition really prefers the first visitor of the year to be from a tall, dark man. Other complexions or statures such as blonde or short, or even women are considered unlucky. Also, the visitor must give the family a gift of coal, whisky, bread or coin for luck and prosperity. This tradition is called “first-footing”. 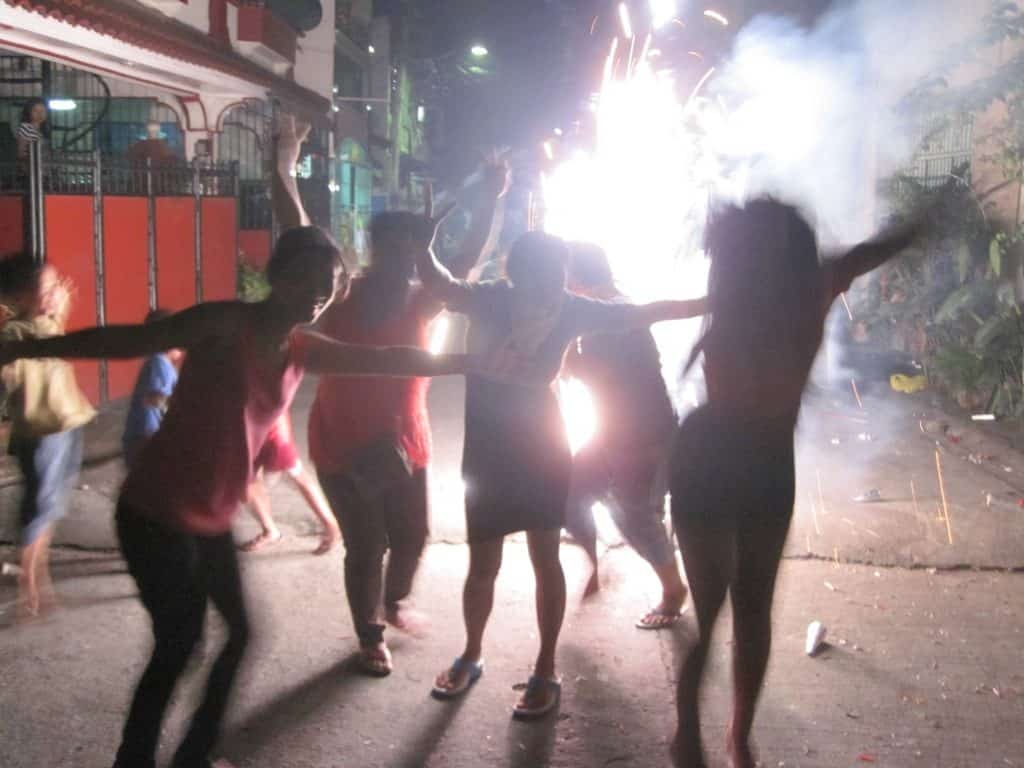 Country of Origin: Denmark and Philippines
Meaning: In Denmark when the clock strikes 12 on New Year’s Eve, people climb atop chairs or tables and try to jump as high as they can for good luck. A variation in the Philippines is to jump 12 times when it hits midnight to grow taller. Usually, children and short people are encouraged to jump on New Year’s Eve. 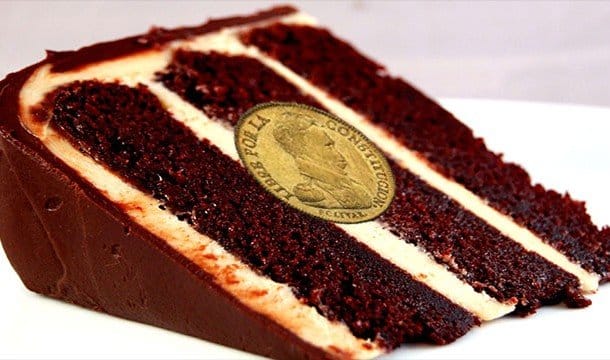 Country of Origin: Bolivia
Meaning: In Bolivia it is a New Year’s tradition to incorporate a few coins on a cake batter and bake it. The cakes are distributed and whoever gets the coin in their cake is believed to be luckiest. 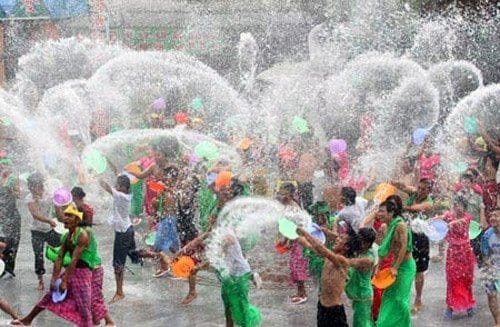 Country of Origin: Puerto Rico, Cambodia, Thailand, Laos
Meaning: In a New Year’s festival called Songkran, Thais and Khmers splash water on each other to usher in luck and drive evil spirits. By the way, they celebrate New Year on March or April. A variation in Puerto Rico is to throw bucketfuls or pails of water out the window to drive away evil spirits too.

12. Move with your suitcase around 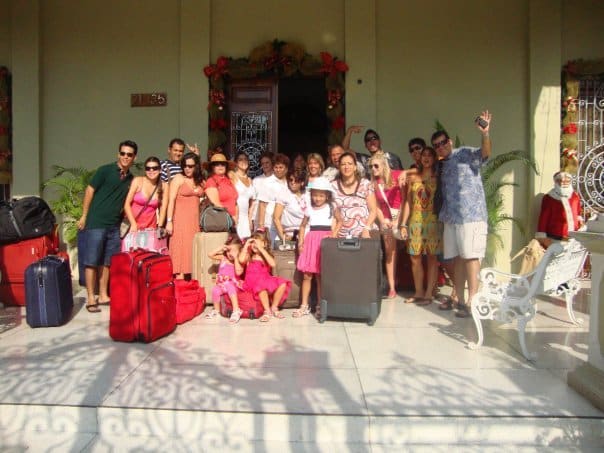 Country of Origin: Colombia
Meaning: Moving with your suitcase during New Year is meant to usher many travels for Colombians in the coming year.

13. Sleep over at the cemetery 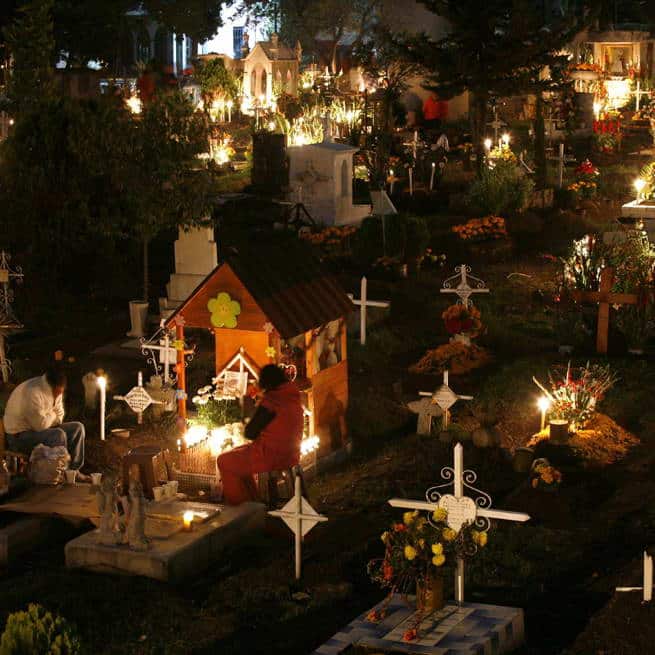 Country of Origin: Chile
Meaning: No one likes to spend the New Year at a cemetery right? Well except Chileans. People from Chile spend the evening with departed loved ones during New Year and to denote that they are not forgotten. 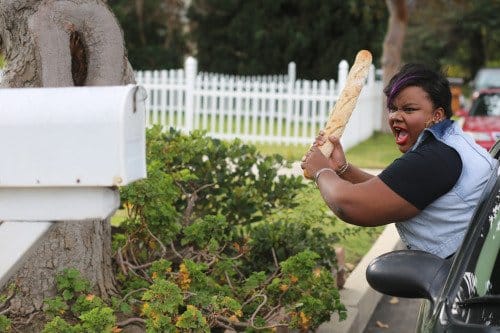 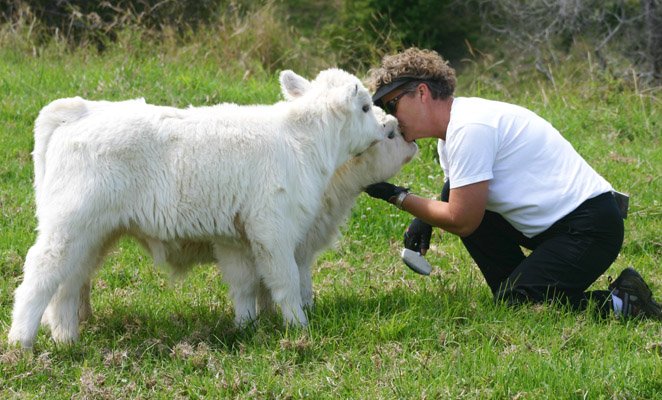 Country of Origin: Belgium and Romania
Meaning: Probably tied to their agricultural traditions before, farmers in Belgium and Romania whisper and greet their cows Happy New Year too. Perhaps to wish for a bountiful harvest for the next year of milk and meat.

Well there you have it, some of the weird New Year’s traditions practiced in different nations. Do you have any peculiar traditions in your country? Share with us on the comment section. Happy New Year!