It’s sad when a relationship ends. Most people will often go through several breakups in their lifetime. Sometimes, these partings are amicable. Other times, painful.

What’s unfortunate are the really unpleasant breakups that leave dreadful remnants which continue to haunt the couple. When this happens, all hell breaks loose, especially if one or both parties hold really deep grudges, and go all out to express that bad blood in the most obnoxious ways possible.

Here are the results of 10 extremely nasty breakups that’ll make you value your own relatively peaceful relationships. Or make you unimaginably grateful you’ve remained single:

#1. The strip club owner who splurged on a 12-foot-tall obscene gesture 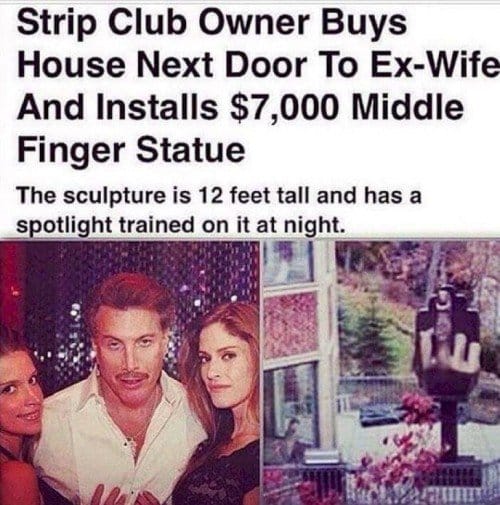 He hated his ex-wife so much, he bought the house next door to her and installed a customized $7,000 middle finger statue trained at his ex’s front door. As a rude bonus, the statue had its own spotlight at night so she wouldn’t miss his sentiments even when the sun went down. 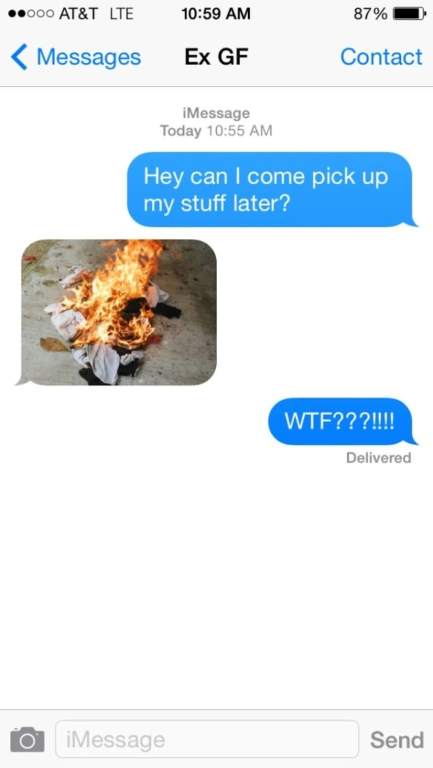 How satisfying is it to reduce your ex-boyfriend’s belongings to ash. Extremely so, apparently. 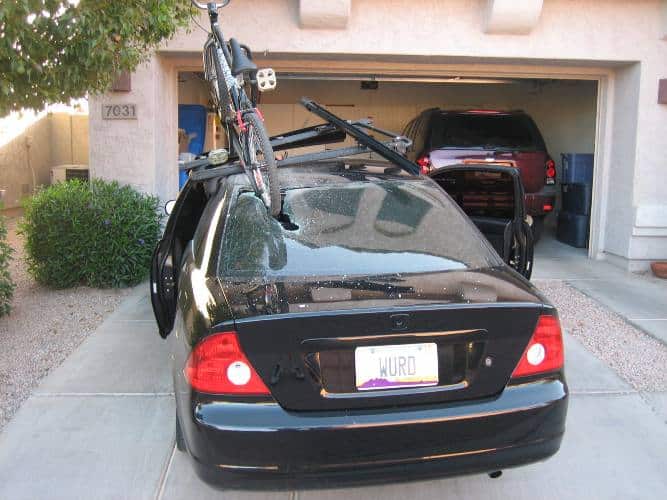 For this jilted female, breaking her ex’s car just before a long drive (presumably to leave her) is her way of saying, “you break my heart, I’ll break your car.” 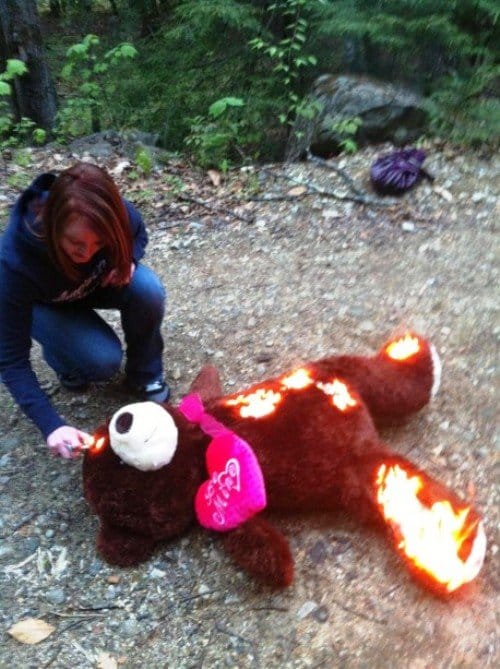 What better way is there to get rid of all traces of a hated ex, than to burn their gifts. This poor teddy suffered the brunt of her temper.

#5. The ex who made it really impossible to drive away. 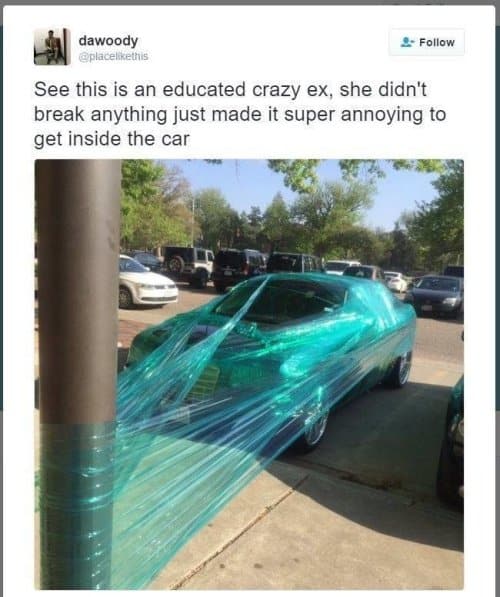 This smart ex-girlfriend knew wrecking property might get her sued. So she didn’t destroy anything. She just made it next to futile for him to get into his car.

#6. The bitter half who left a sour taste in the mouth . 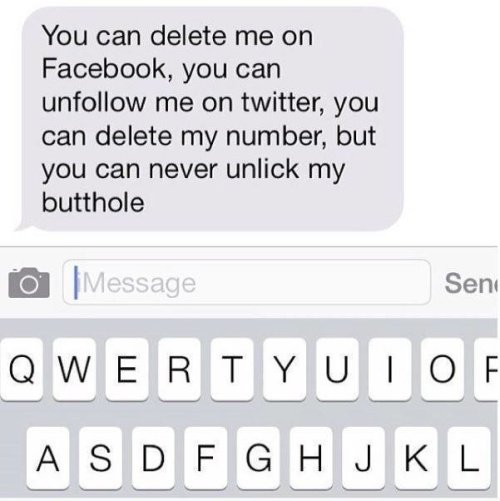 #7. The ex who would rather do “bad things” than remain friends. 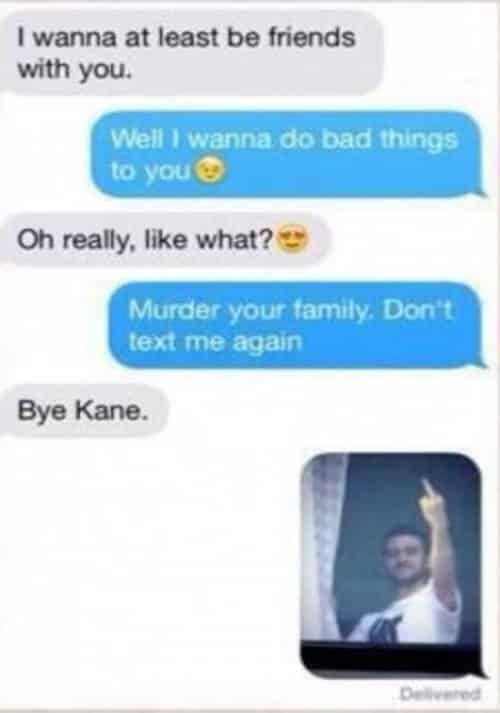 Their relationship must have been explosive. And not in a good way. 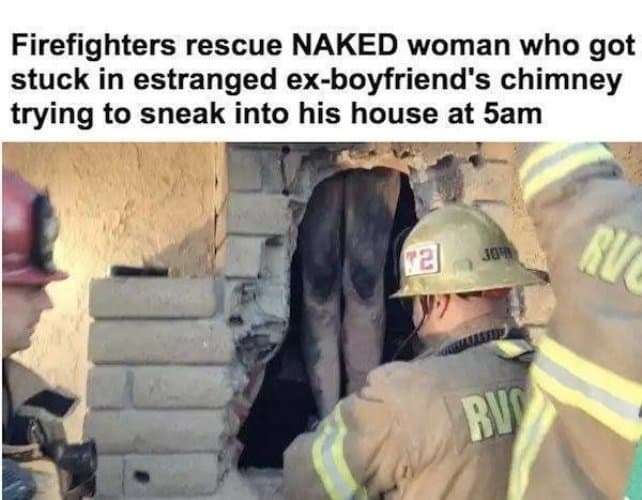 This woman is obsessed. OBSESSED! If her ex hasn’t already gotten a restraining order and filed a breaking-and-entering suit, he’d be advised to move to another country and change his name.

#9. The woman who made sure her ex was left dazed and confused. And broke. 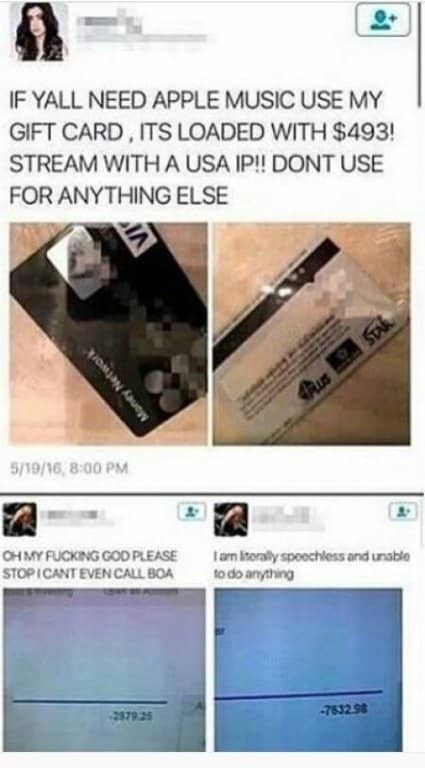 This smart girl gave the whole internet a free go on her ex’s credit card.

#10. Emily, who emptied their joint bank in revenge . 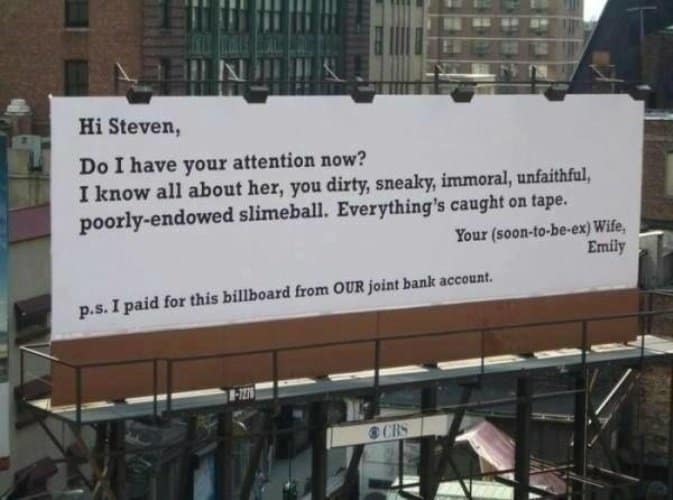 And made sure the whole world knew about it, too.

What’s your breakup story from hell?