If you are from Florida and are having a hard time dealing with your naughty kid, you may want to call this guy.

Wrinkles the Clown has become the latest arsenal for parents who can’t get their children to behave. As you can see on the pictures below, this guy is not your typical clown.

Why? Well, he looks totally creepy, to begin with! He’s like a character straight from a slasher flick or something.

Definitely not your friendly clown! Wrinkles is a scary clown available for hire. 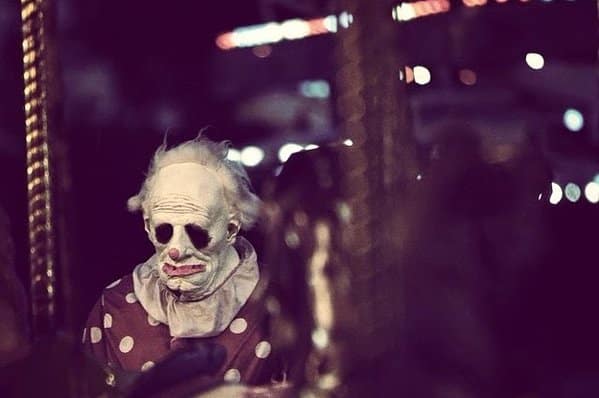 Wearing a sad-faced clown mask with receding hair and huge black eye holes, Wrinkles is definitely the kind you wouldn’t want to cross paths with at night. Or, well, at any other time of the day, for that matter. He sports a polka dot onesie and a pair of black gloves. He usually carries several colorful balloons with him.

Wrinkles does party appearances, pranks, and even scaring misbehaving kids. 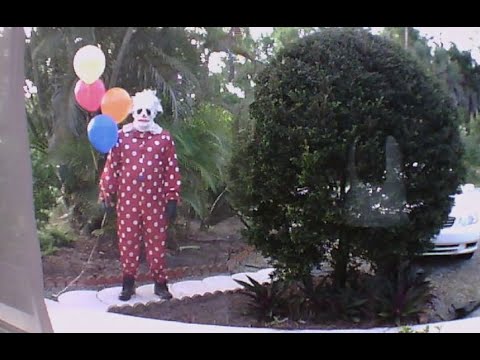 According to him, he often gets hired to make party appearances. At times though, he does jobs like pranking a customer’s friend or even scaring a misbehaving kid. One of his recent clients, a mother of a mischievous 12-year-old boy, asked for his services.

“(The boy) was scared of clowns and I showed up across the street from him at the bus stop and he just started crying in front of his friends and ran home. His mother called back a few days later and said ‘Thank you!’ Now when he acts bad, she just has to ask him: ‘Do you want Wrinkles to come back?’ ”

These days, he gets hundreds of calls per day, asking for his services. 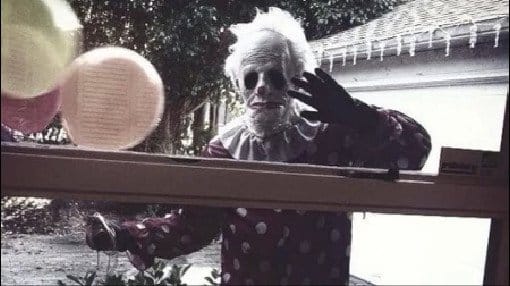 The 65-year-old clown declines to give his real identity but says he’s a divorced military veteran, who moved to the area about five years ago. Instead of living the life of a boring retiree, he decided to spend his days doing “fun” things so he purchased a clown mask online and then offered his services to potential customers.

Nowadays, he receives hundreds of phone inquiries per day and, as of this writing, already has his schedules booked up until January.

“I’m just a good old-fashioned clown. When I was a kid, it was okay to scare kids and now they’re all whiny and scared. I want to bring scary back!” 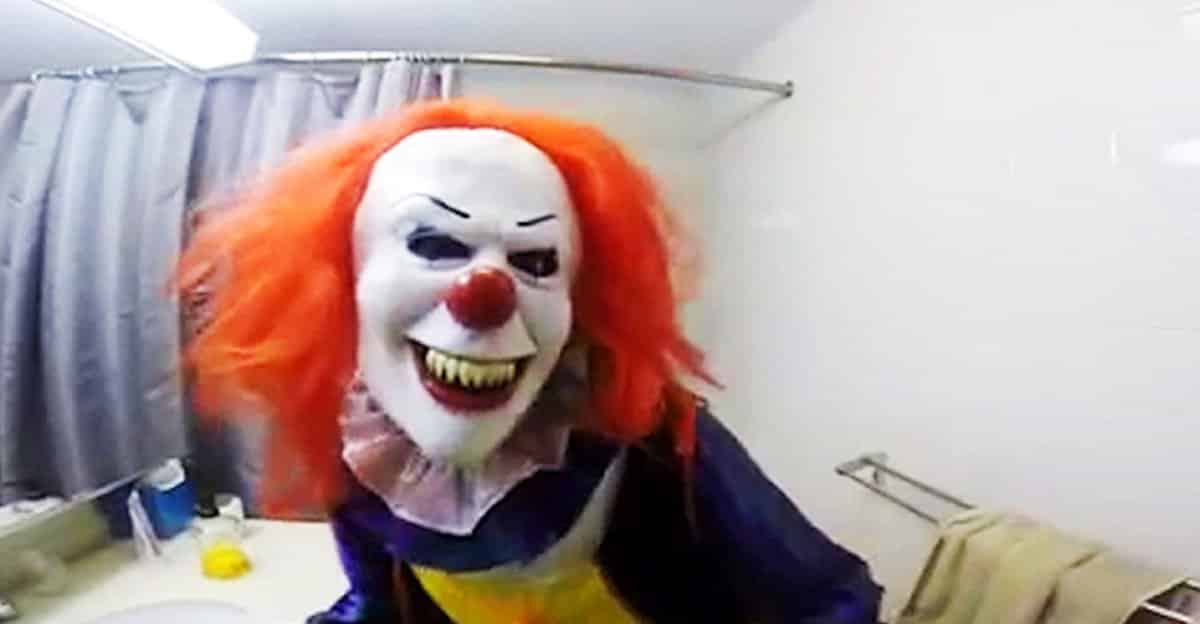