Are you planning to propose to your girlfriend anytime soon? Taking her out to dinner by the beach is already overrated. If you want her to say yes, you have to take her to a candle-lit dinner to Italy. In a grotto restaurant carved into the Italian seaside to be exact. The Grotta Palazzese Hotel Ristorante, or The Summer Cave restaurant is located right inside a limestone cave in the quaint town of Polignano a Mare in the province of Southern Italy. 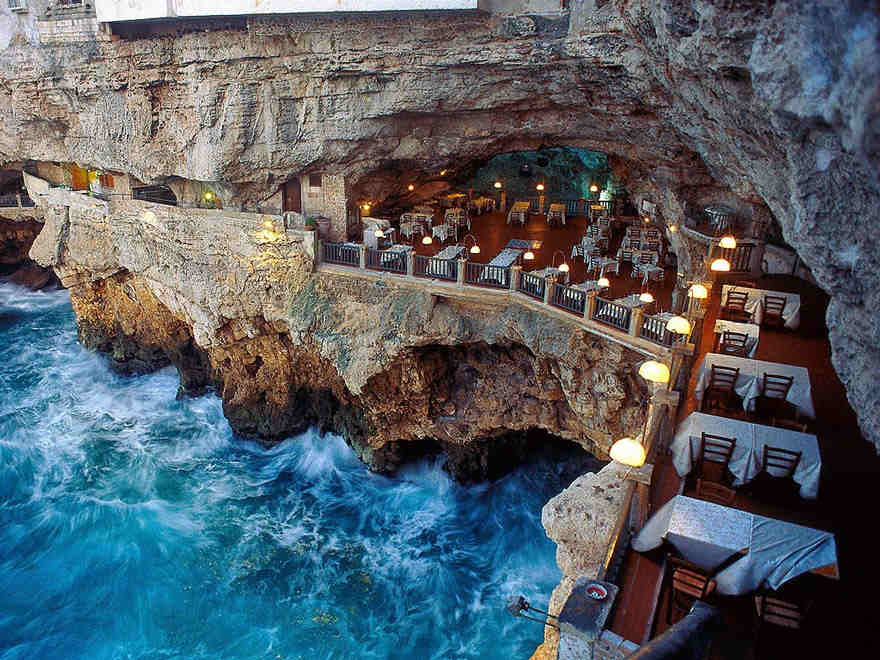 Grotta Palazzase overlooks the Adriatic Sea and vertical cliffs, making the restaurant even more romantic. Even before you think that this is just a production set straight out of a movie, the said location has been in existence since the 1700s. It used to be a Greek colony and local nobility back in the day frequented Grotta Palazzase as they held balls and banquets. The Summer Cave has continued to capture the hearts of many throughout several centuries. It is open from May to October and dress code is strictly followed. Reservation of tables is recommended as the restaurant can get full at any time of the week. 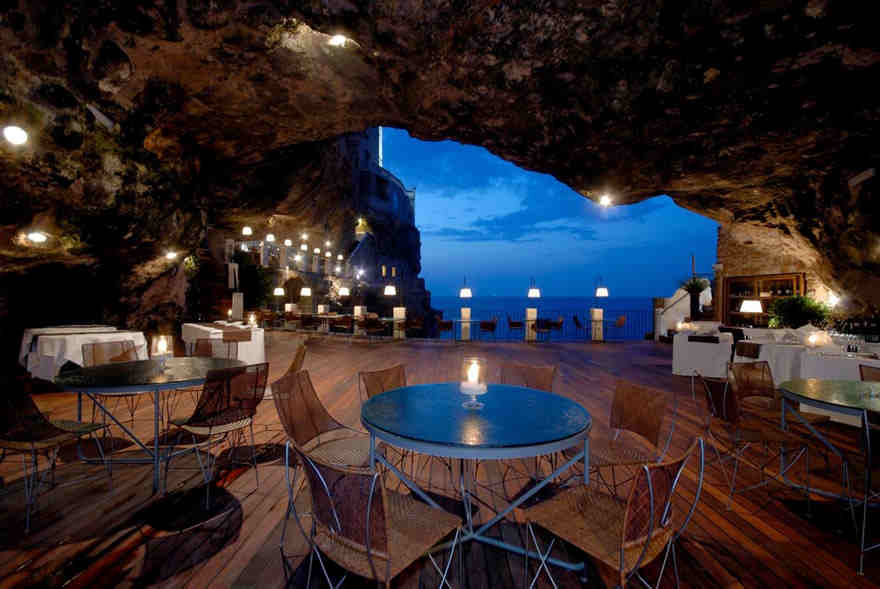 Just in case you’re spending quite a bit of time in the area, you might also want to consider checking out the hotel that sits atop the rocky cliffs. Since it only has 25 rooms, it would be best to make a booking ahead of time because the hotel also gets fully booked just like its famous restaurant. The hotel combines a mix of both antique and state of the art, modern decors to make your stay every bit memorable. 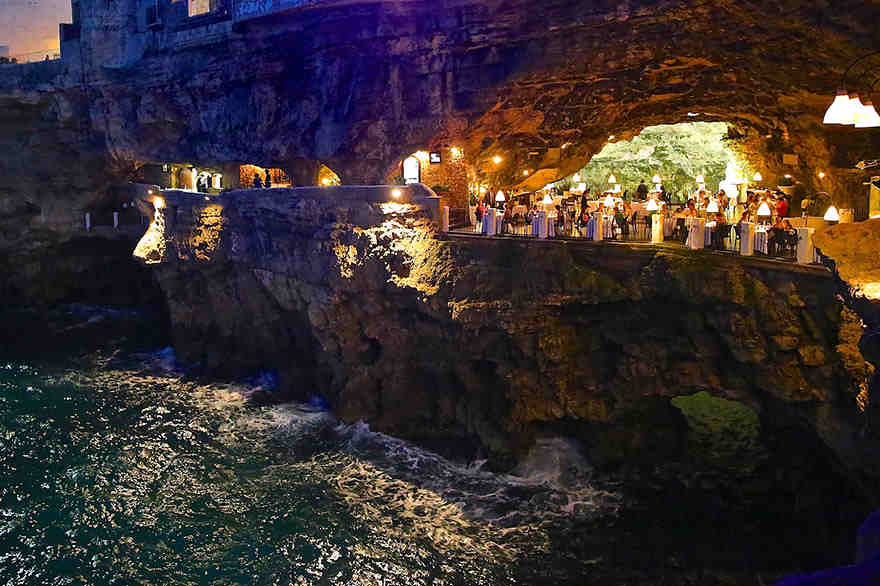 The Grotta Palazzese Hotel Ristorante is one of the two restaurants in the vicinity of the hotel. It is also said to have witnessed many romantic moments since it was established. Don’t break the chain, now.