Mental wellness has become an important societal issue, especially after the emergence of multiple suicide reports of people from different walks of life. And it is more common than you might think. In fact, even celebrities, like comedians and adult film actresses, have fallen victim to depression to the point of taking their own life to end their suffering.

But even after knowing the gravity of the situation, many people tend to turn a blind eye or even ridicule others who claim to have mental conditions such as depression or anxiety. However, the most terrifying part of it all is that the situation appears to have worsened after social media platforms were invented. These then became one of the main arenas for bullies and critics to push people over the edge. One girl, however, has made a different impact on these online platforms. 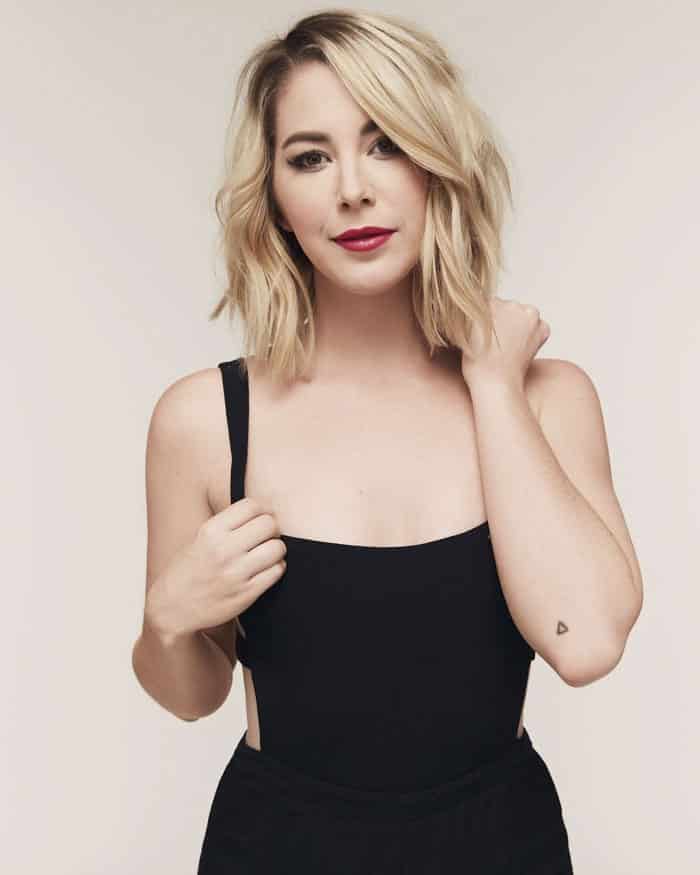 Kelsey Darragh, a BuzzFeed Motion Pictures Video Producer and Development Partner, admitted on Twitter that she suffers from panic and anxiety disorder.

“I have panic & anxiety disorder. My boyfriend does not… but wants to understand it so he can help me,” she wrote.

But that is not what caught our attention in the first place. Kelsey Darragh shared a list containing 15 things her boyfriend can do to help her get over the panic attacks.

Kelsey shared the list she made for her boyfried. 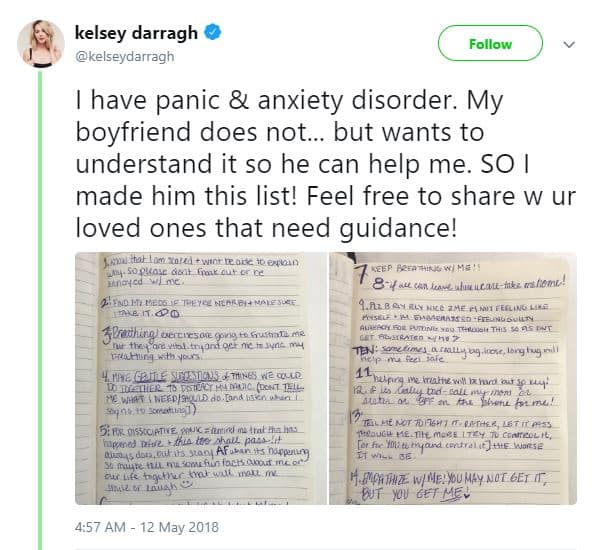 She wrote 15 ‘realistic’ things her boyfriend can do for her… 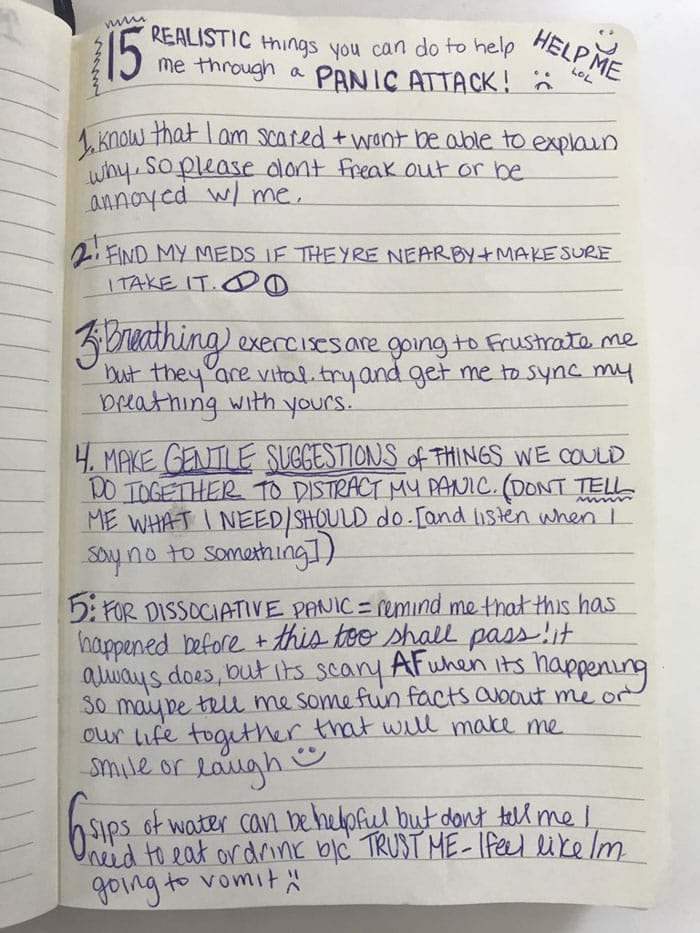 …and it includes empathy. 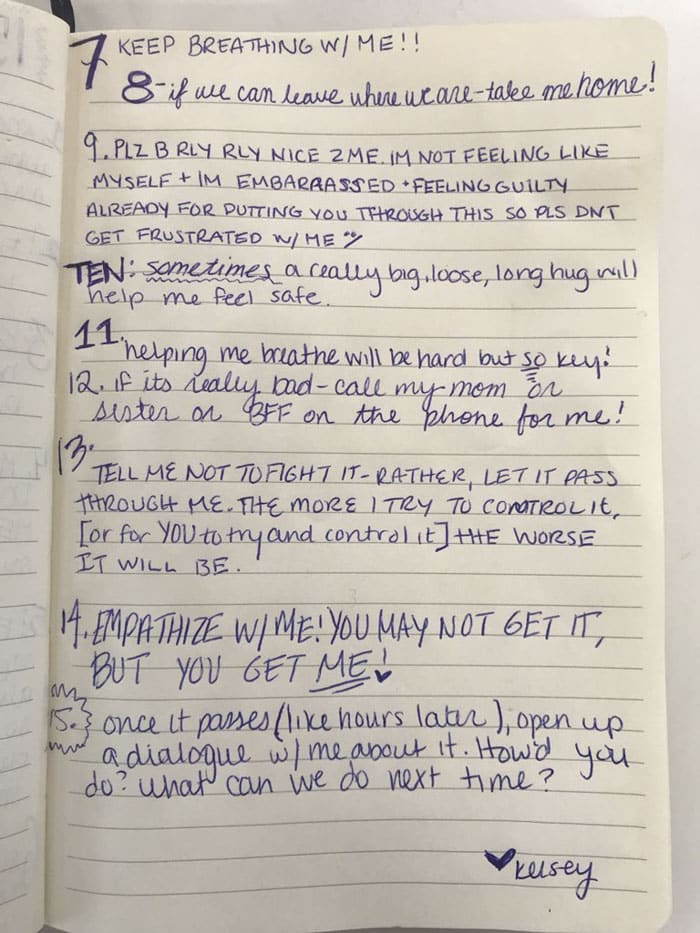 According to the Anxiety and Depression Association of America (ADAA), panic attacks occur when a person experiences a sudden feeling of fear or discomfort. Its symptoms include dizziness, palpitations, sweating, trembling, and shortness of breath. Often, people with this condition experience chest pain, choking, nausea, chills or heat spells, and numbness or tingling sensations.

While the attacks only last for 10 minutes or less, the experience is quite debilitating for them, which is why Kelsey wanted to raise awareness on what the loved ones of people with the condition can do to help.

She also urged her followers, who have experienced bouts with the same demon, to share the things they do to cope. So far, she got hundreds of responses. 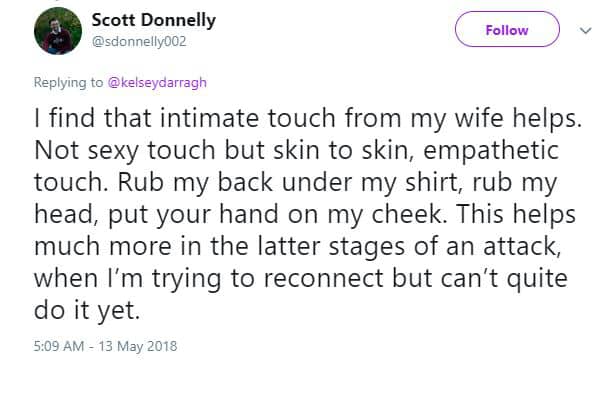 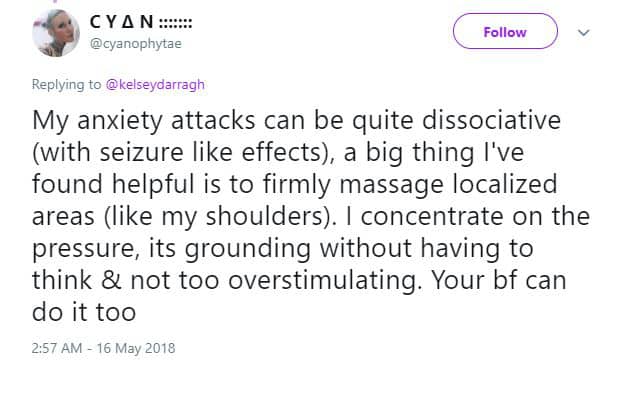 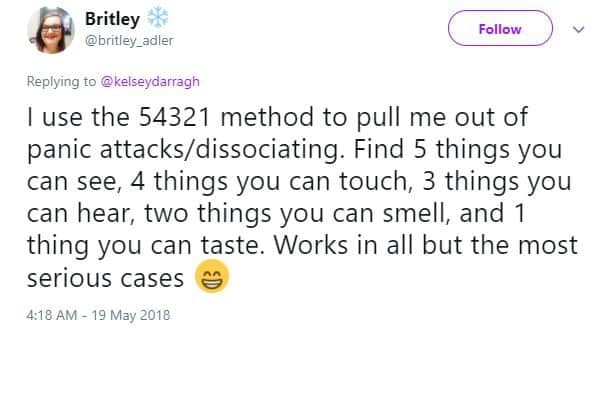 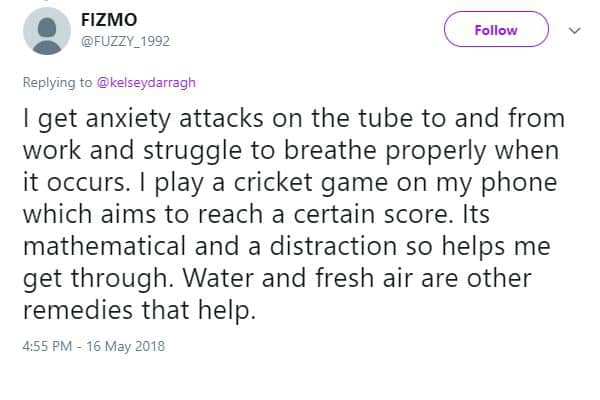 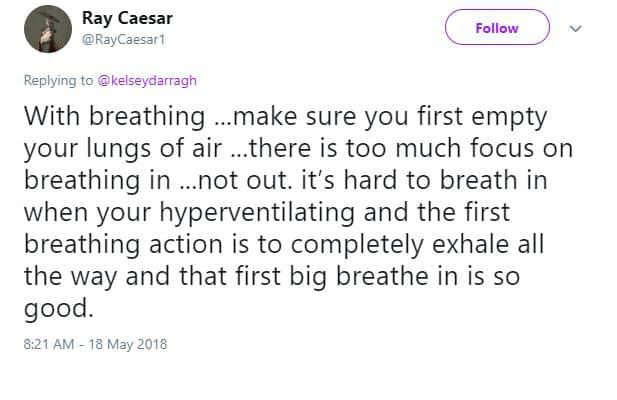 If you know someone who suffers from panic attacks, share this article with them. Who knows? Maybe your one small act can actually save a life.