Appreciating the beauty of a woman can be very fluttering for them if done right. But if guys go overboard by harassing them privately or publicly, they might swear on the appearance they were blessed with and grow a trauma of being around rude boys. So how should boys express their awe?

It seems like the generation of gentlemen is over and ladies men come to take over. Some men have grown very expressive of their thoughts that sometimes they fail to recognize the rudeness that comes with their actions and words. As for some, they harass women intentionally and it is a mystery how they can feel more manly from doing such deeds.

Women, on the other hand, grow scared of the outside world. Instead of feeling confident of their beauty, they sometimes see it as a curse as some men use it to disrespect them rather than appreciate them. But an Amsterdam-based student took a brave stand against her catcallers by documenting each one of them to let the world know how disturbing they can actually become.

Noa Jansma grew tired of the catcallers that keep on harassing her in public. She won’t continue living on with the shameful guys following her around so she decided to do something about it.

Noa Jansma is undeniably a head turner but she’s already fed up of catcallers who try to harass her. 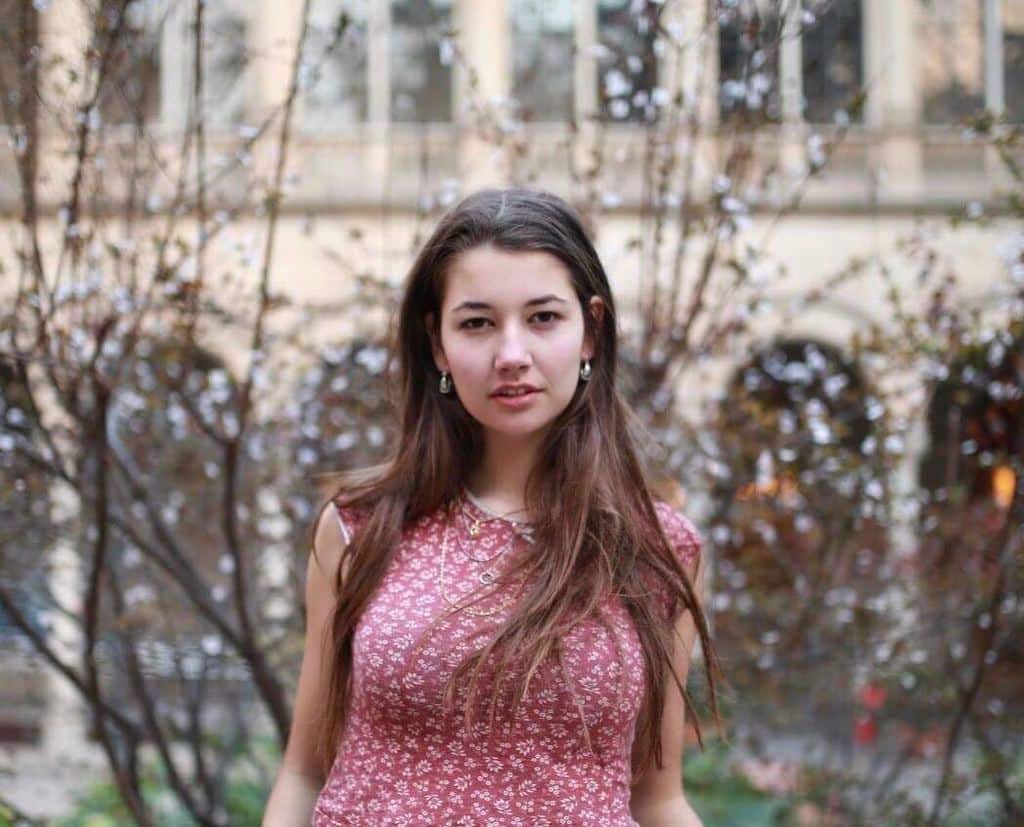 All throughout the month of September, the 20-year-old student took a selfie with every creep who followed her around to harass her. She uploaded the photos on Instagram page dearcatcallers and captioned each with the lines used by the catcallers so the world can see how frequent and disturbing such experiences are for women.

From her photos, you can easily see just how exhausted and irritated Noa was while her abusers still posed with a smile, seemingly insensitive to the young lady’s feelings. The student’s experiment has already ended but she opened the @dearcatcallers Instagram page where others can submit photos of similar incidents of harassment in hopes of creating a global dialogue on the collective struggle that women face every day.

Through her stints, Noa’s native land, Netherlands, the law will be punishing catcalling starting January 1, 2018. Violators will be subjected to fines of up to 190 euros ($220). Others are now hopeful that Noa’s project continues to go viral so more nations will take action on catcalling and will follow suit.

Scroll down to see posts shared by Noa about the catcallers she encountered for a month: 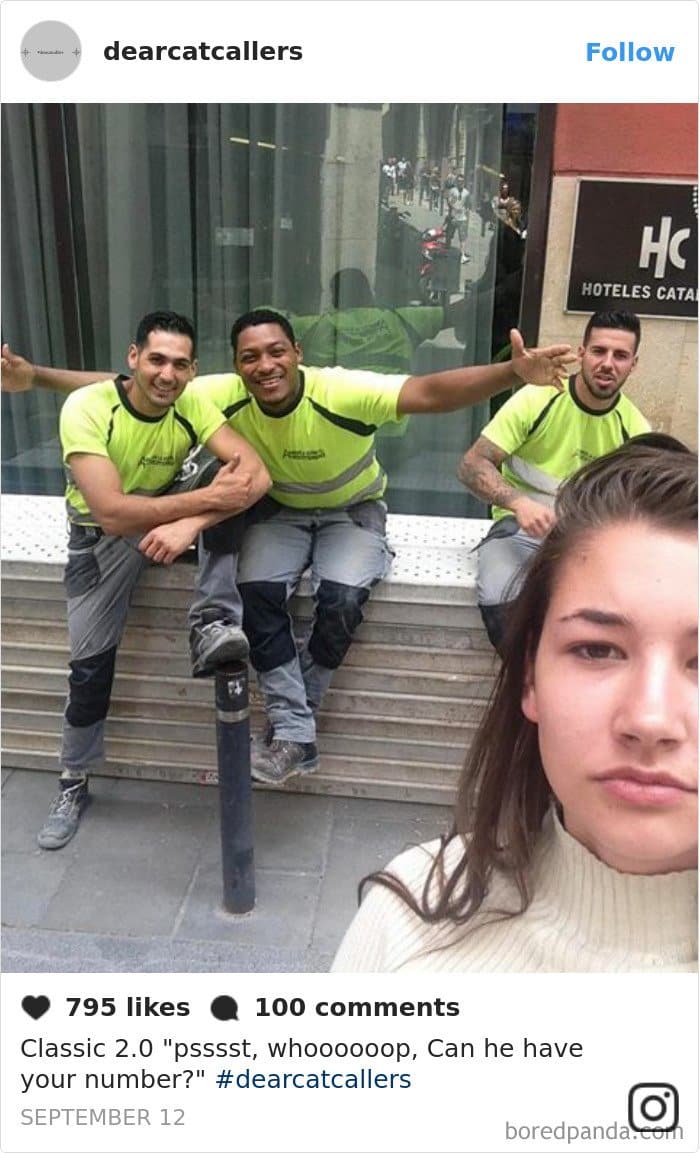 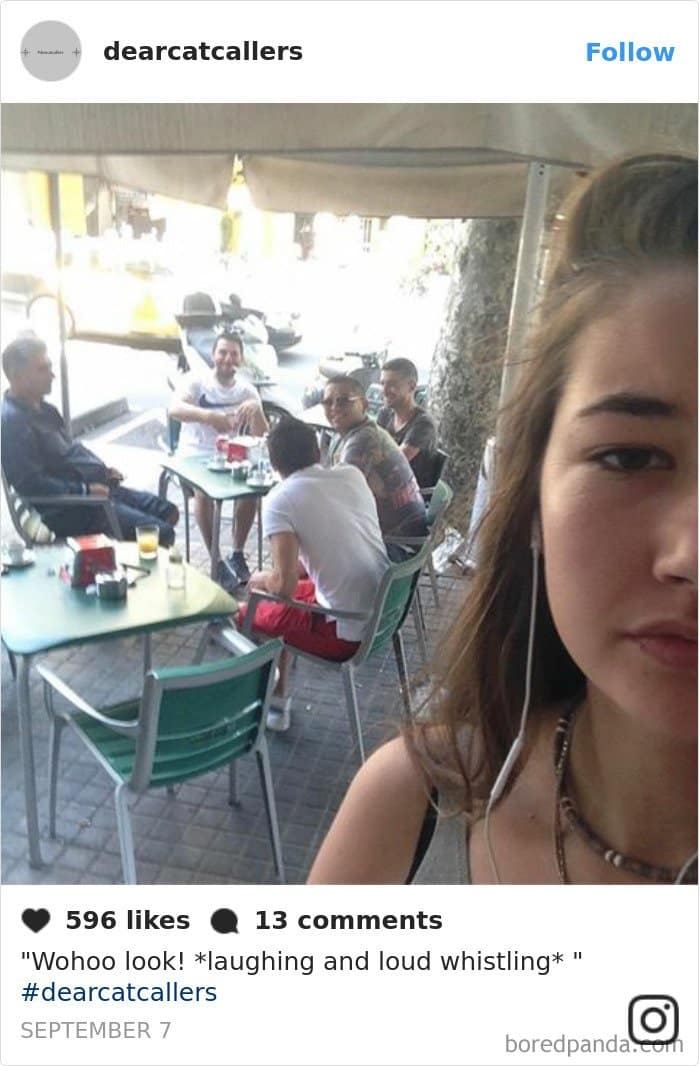 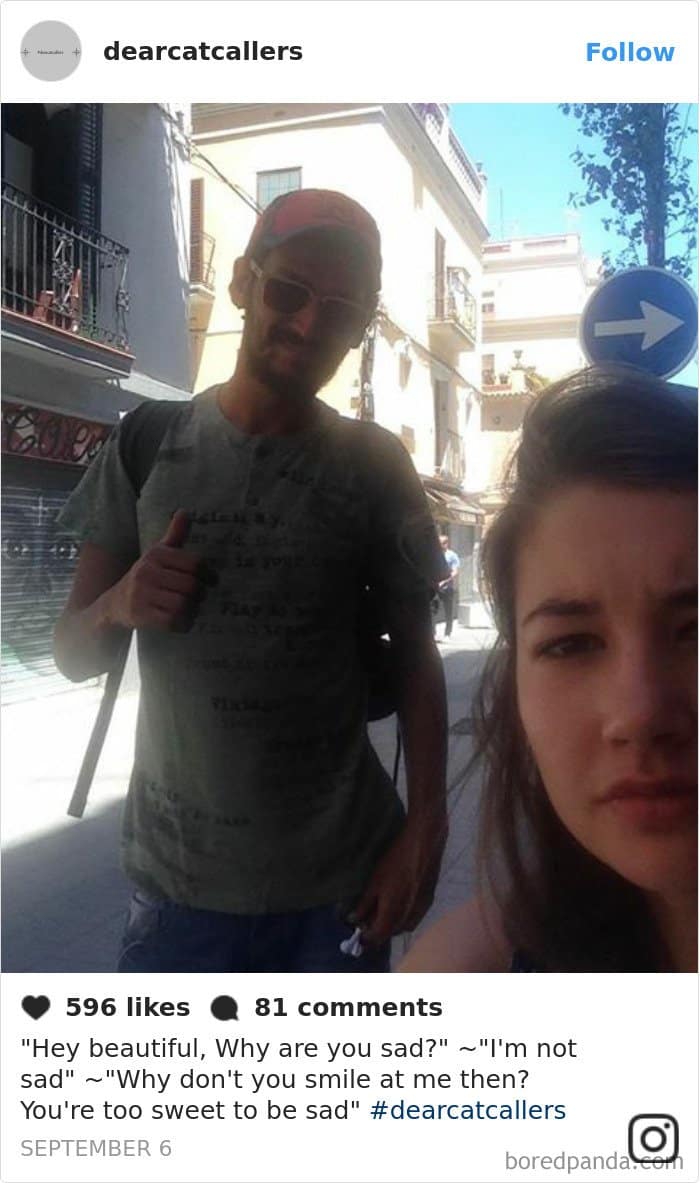 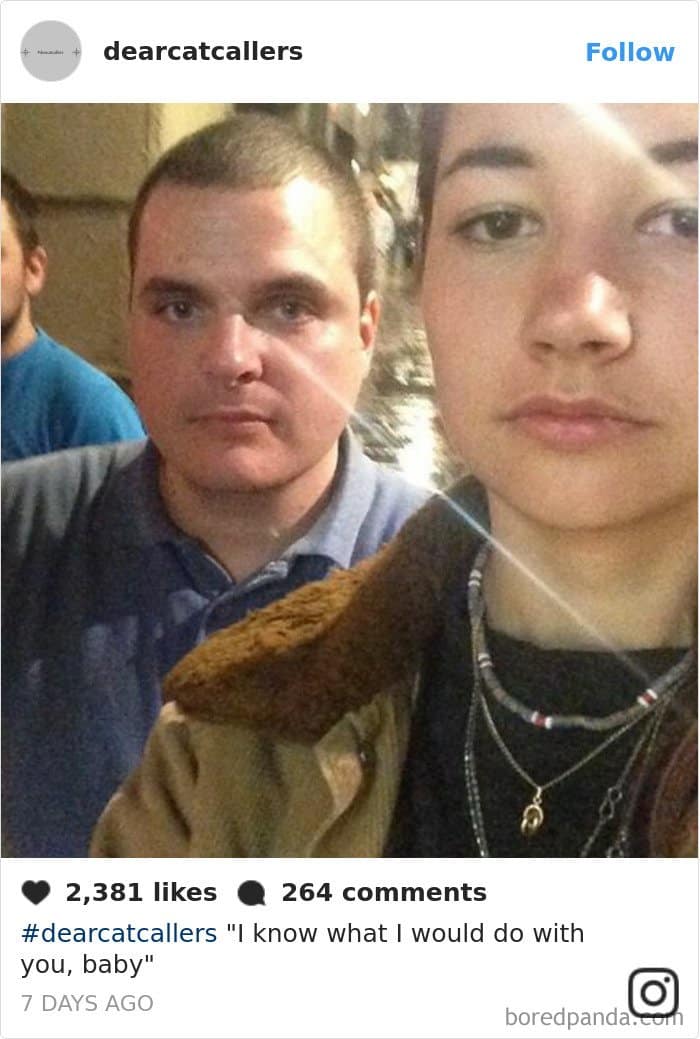 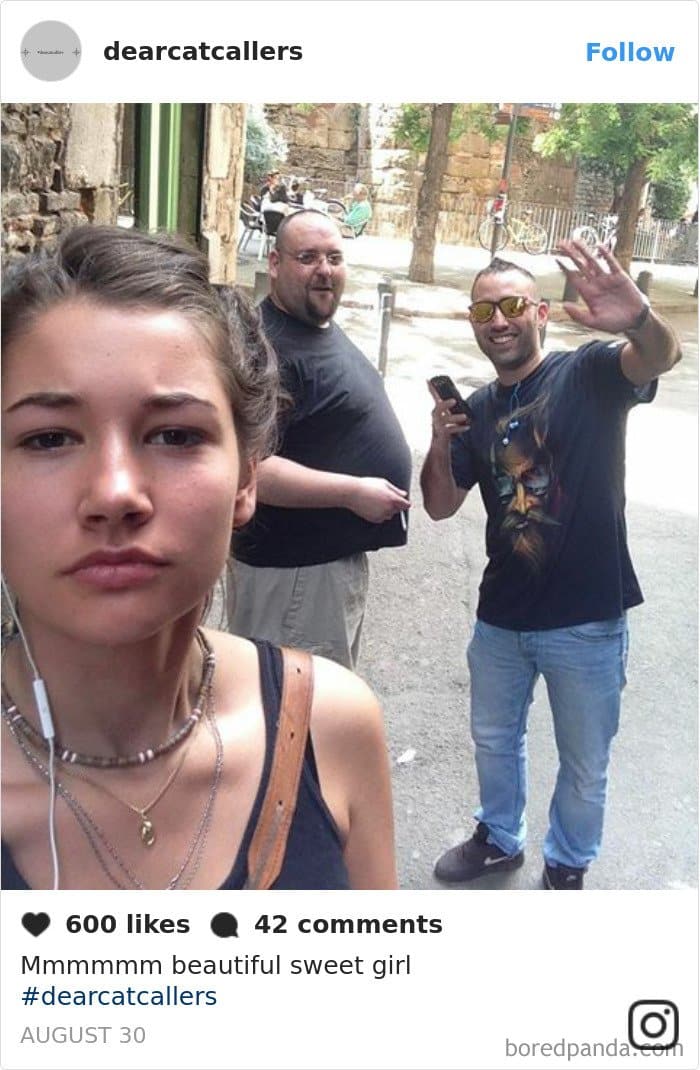 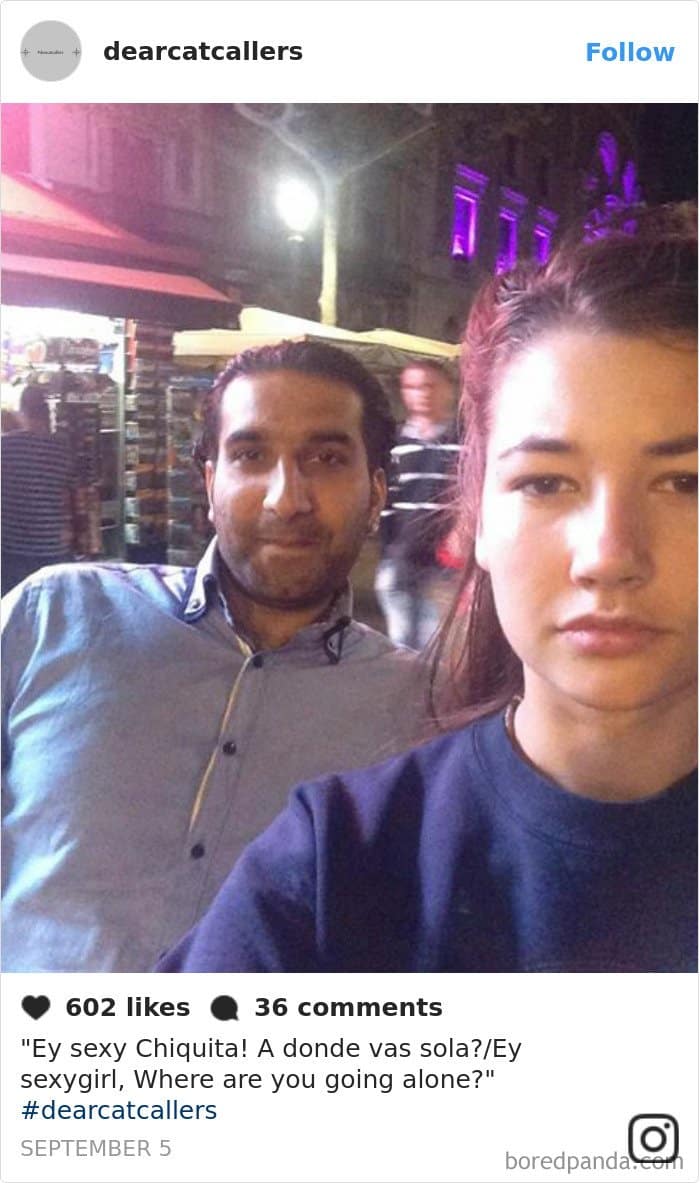 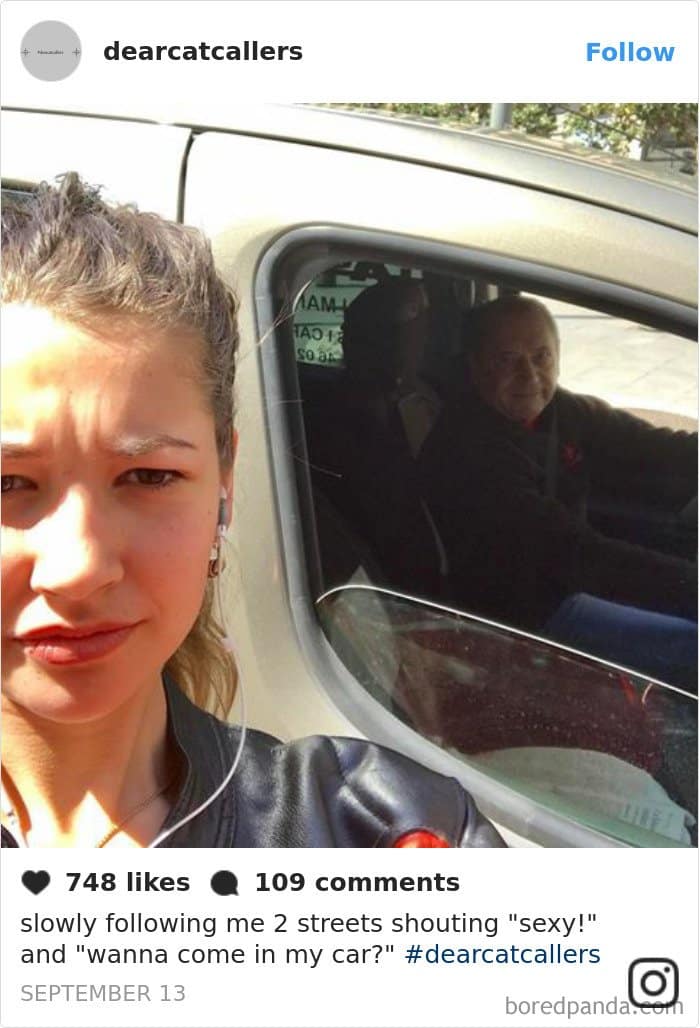 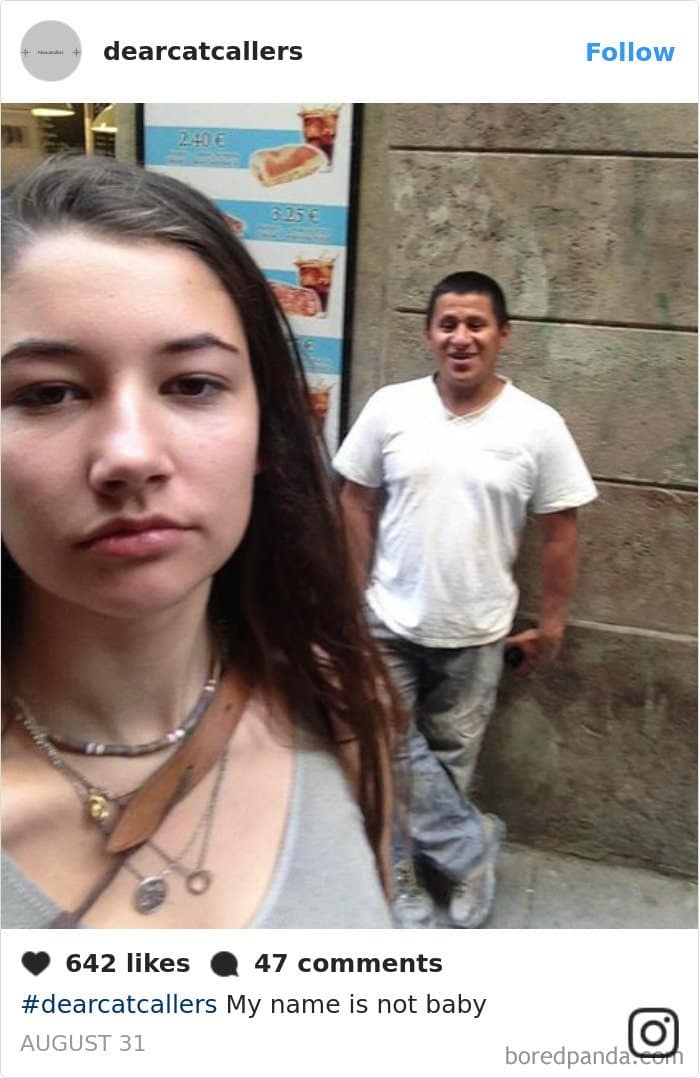 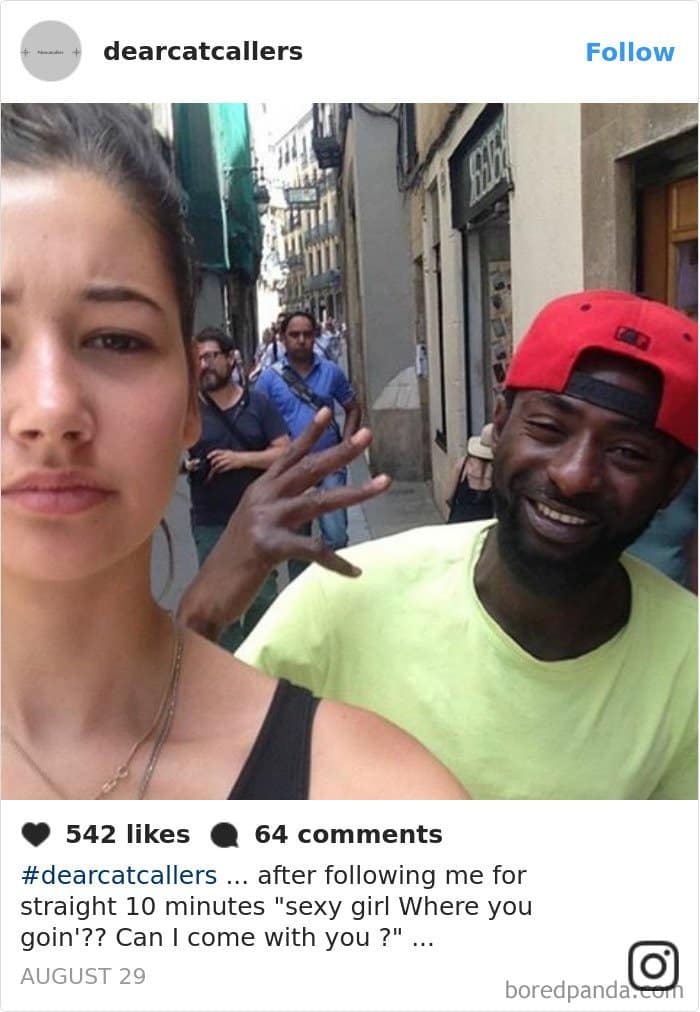 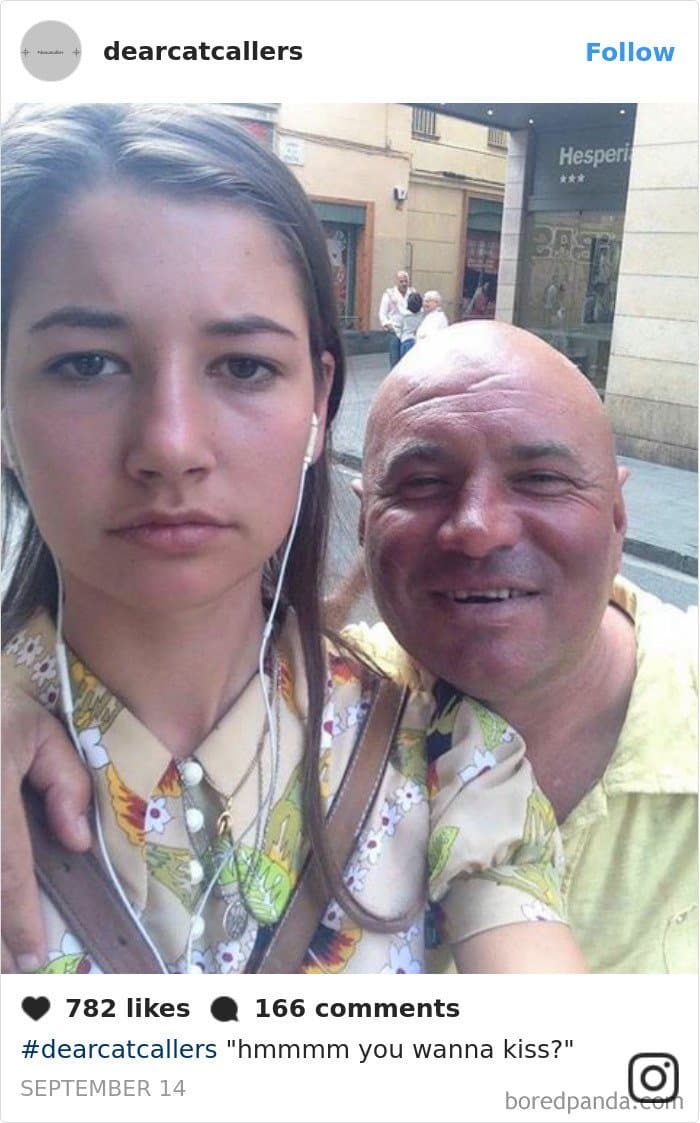 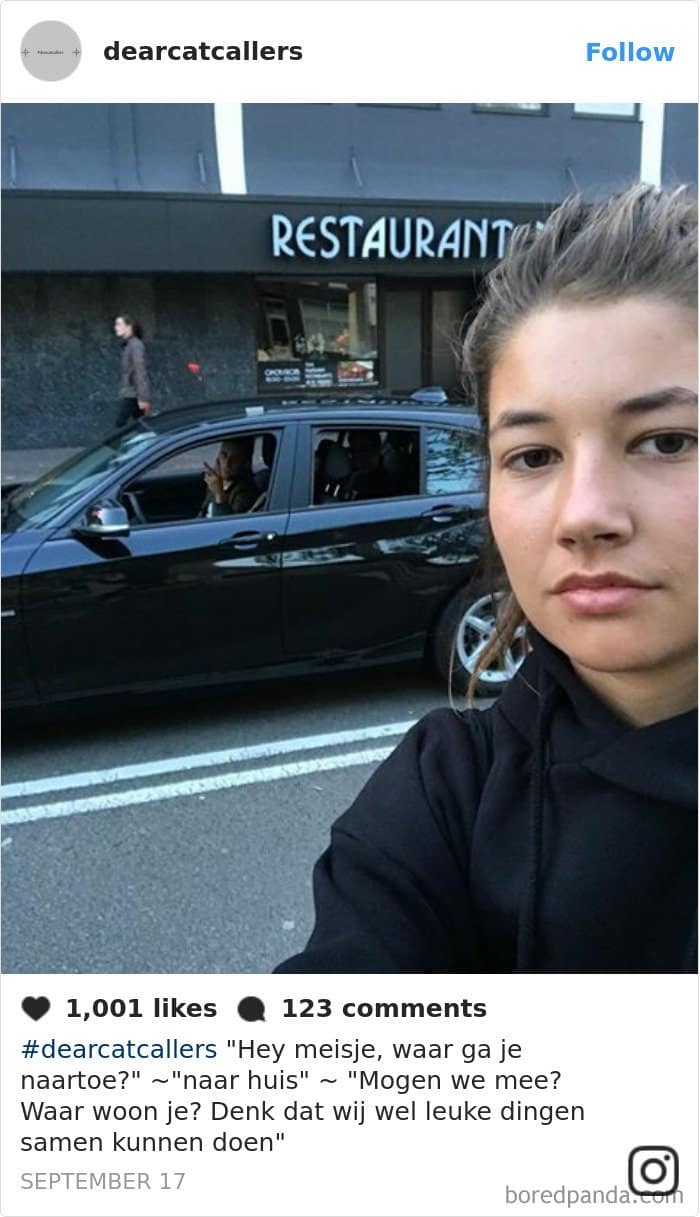 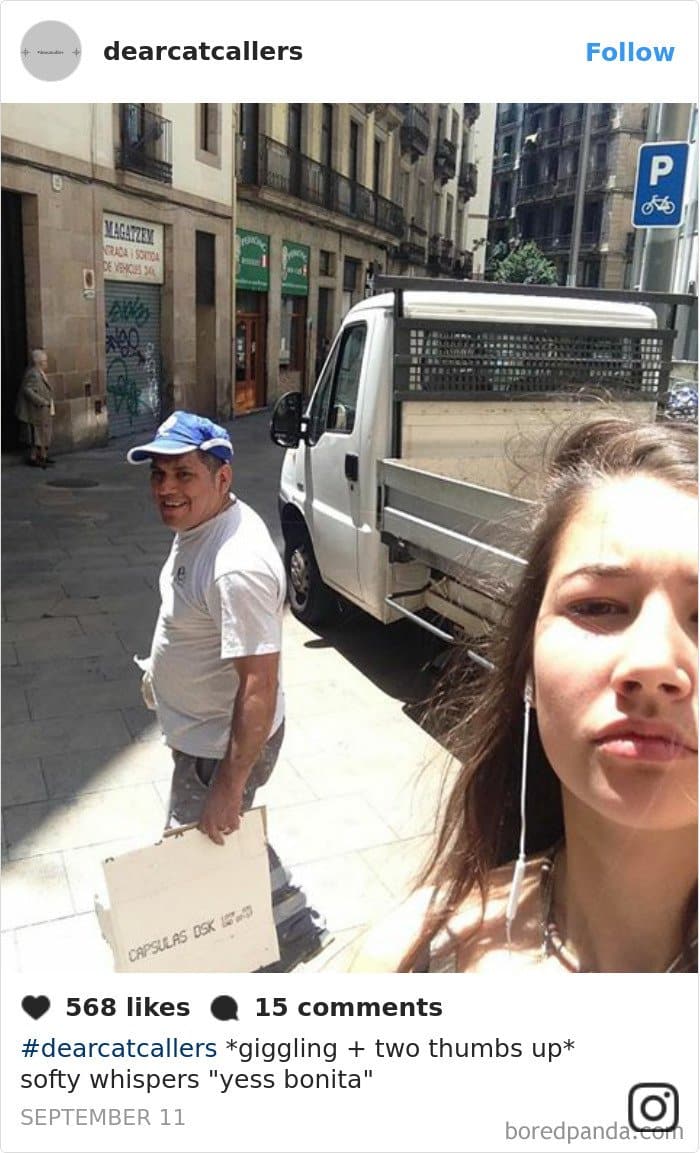 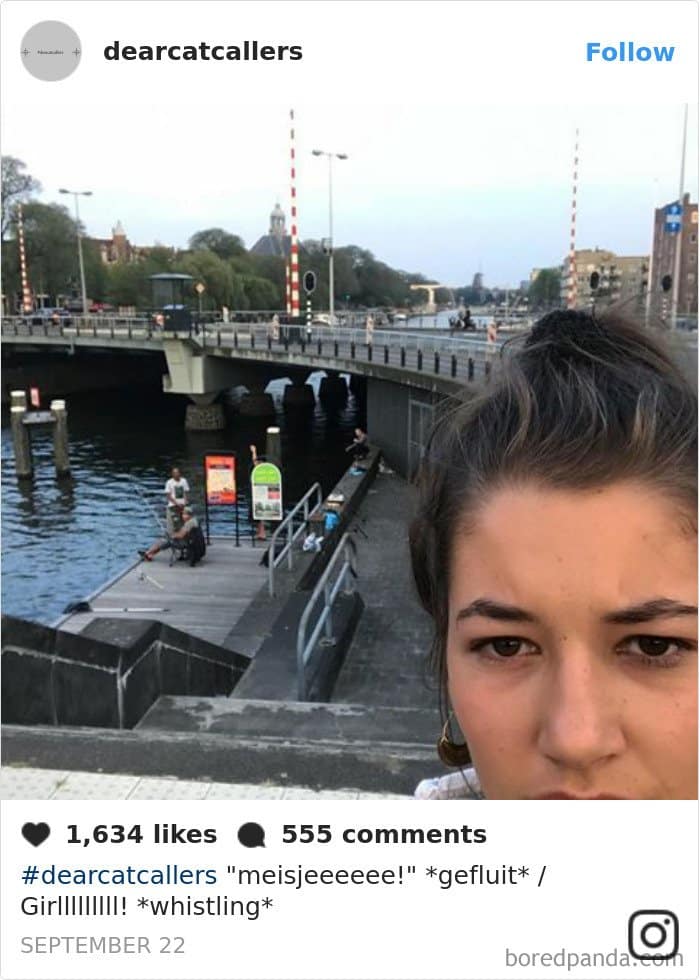 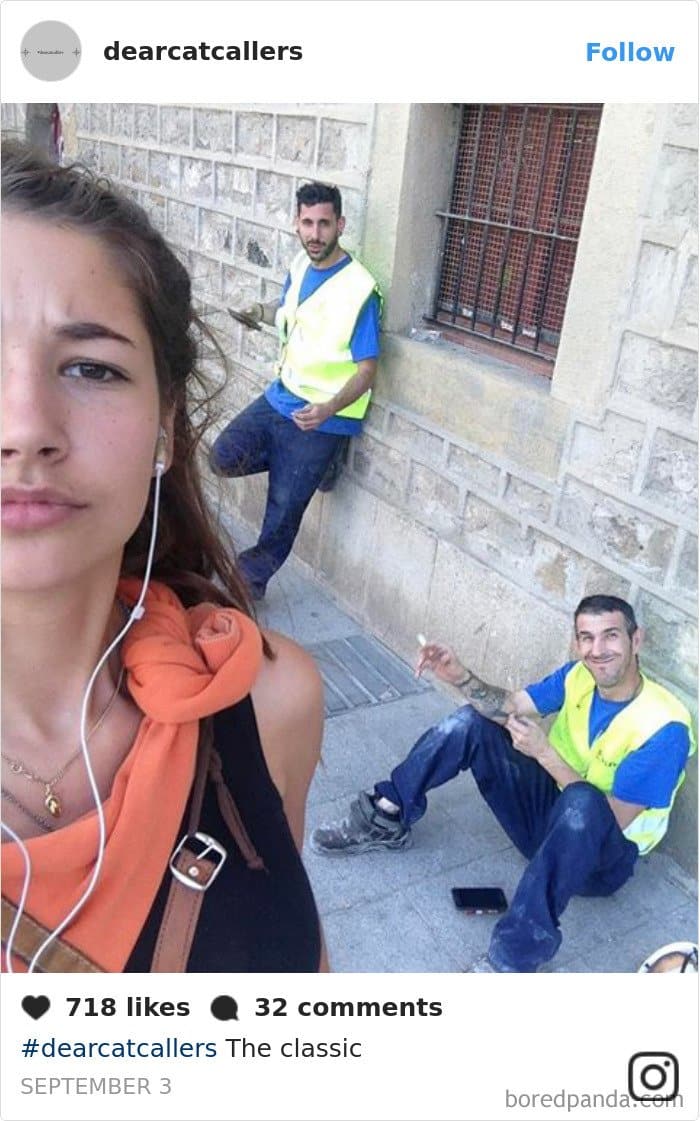 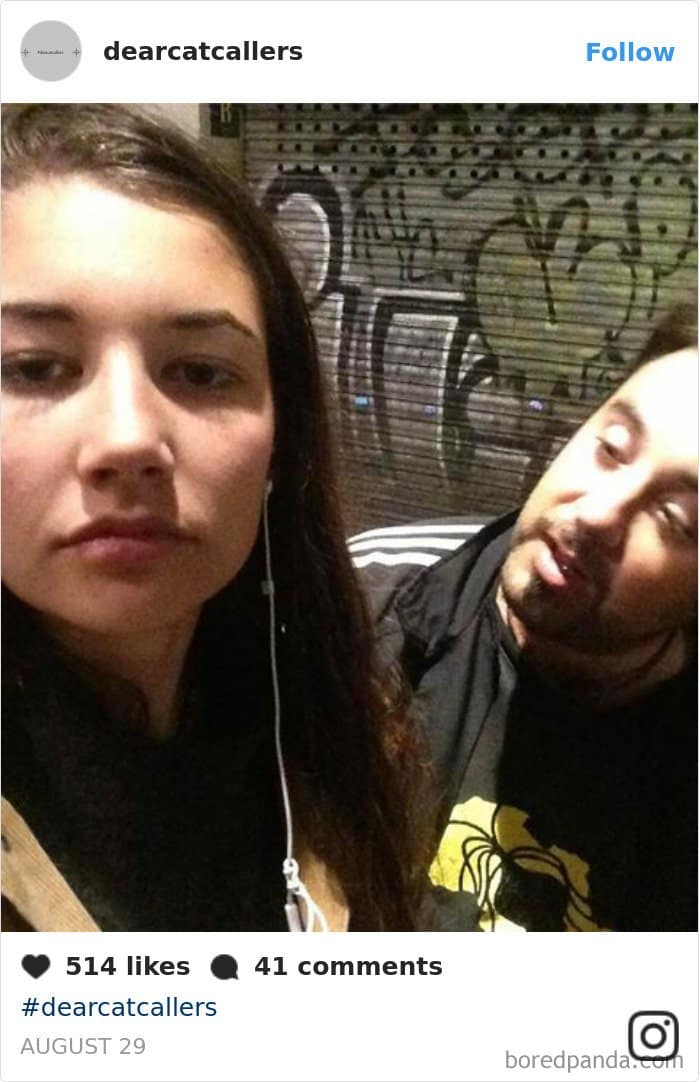 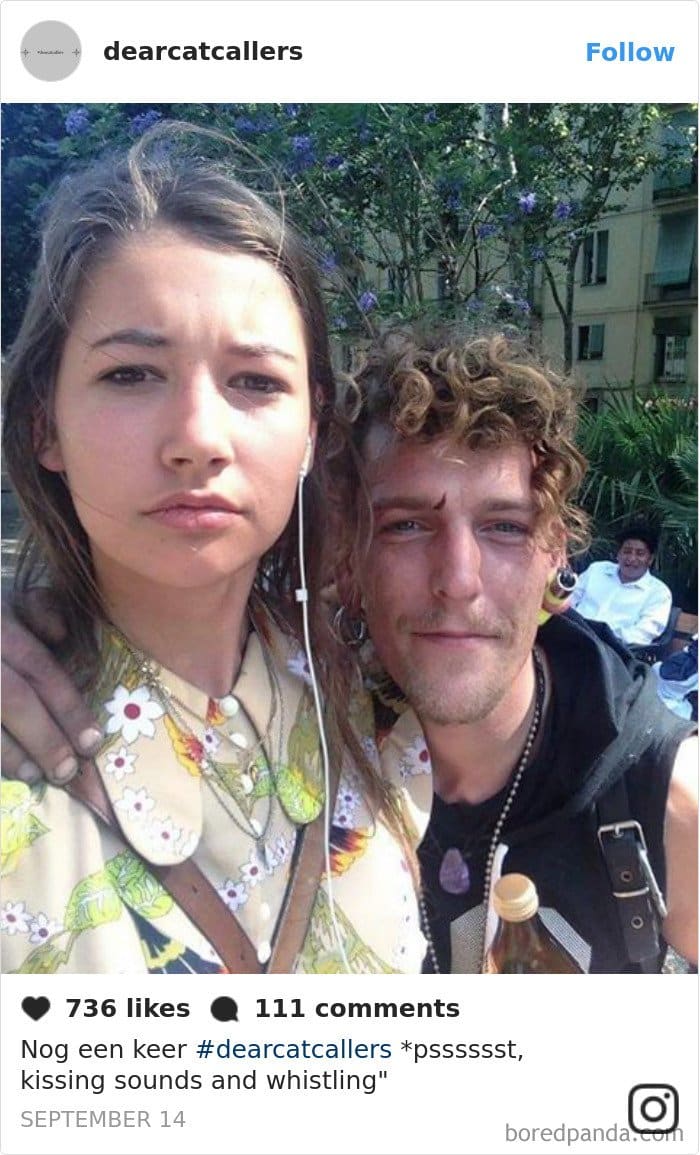 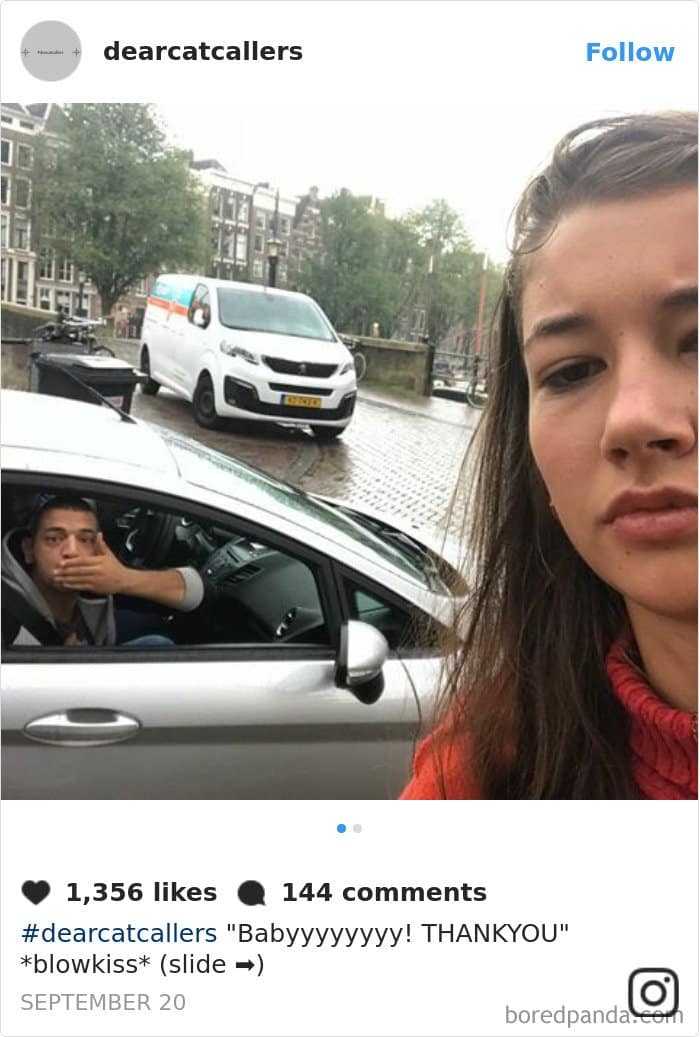 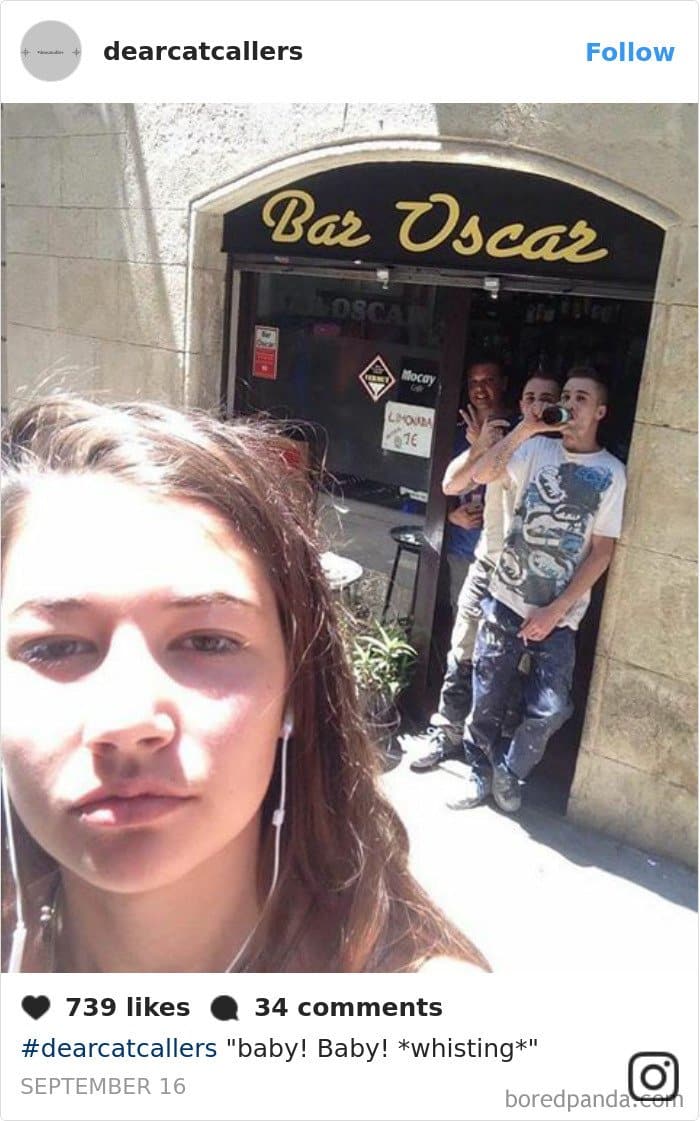 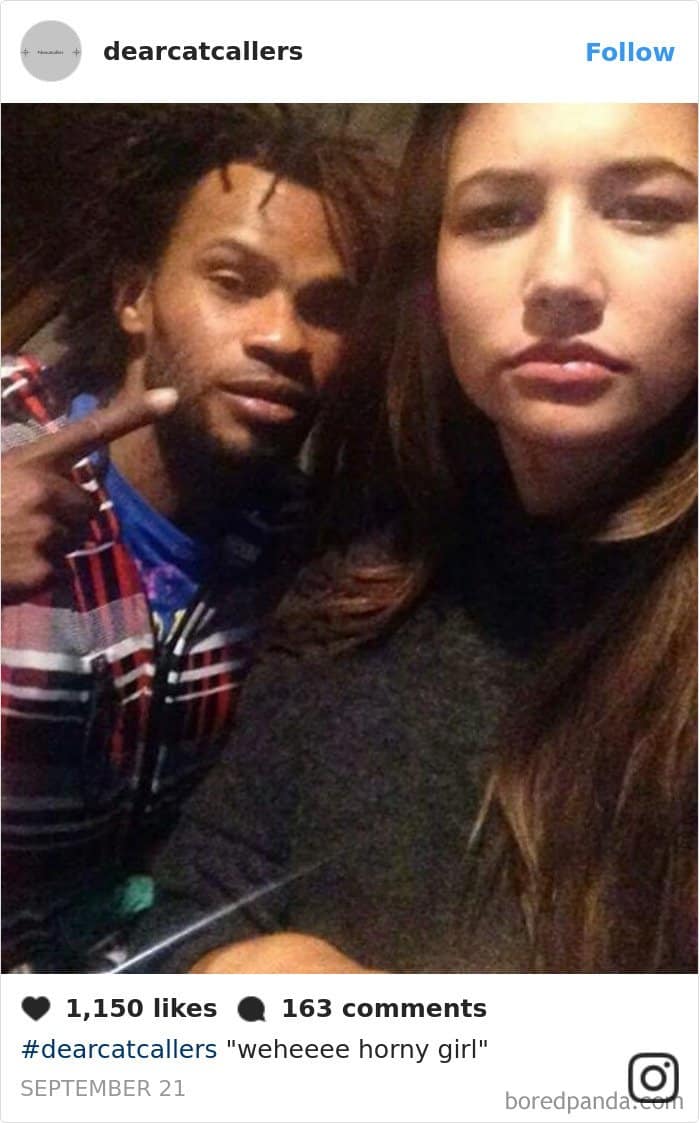 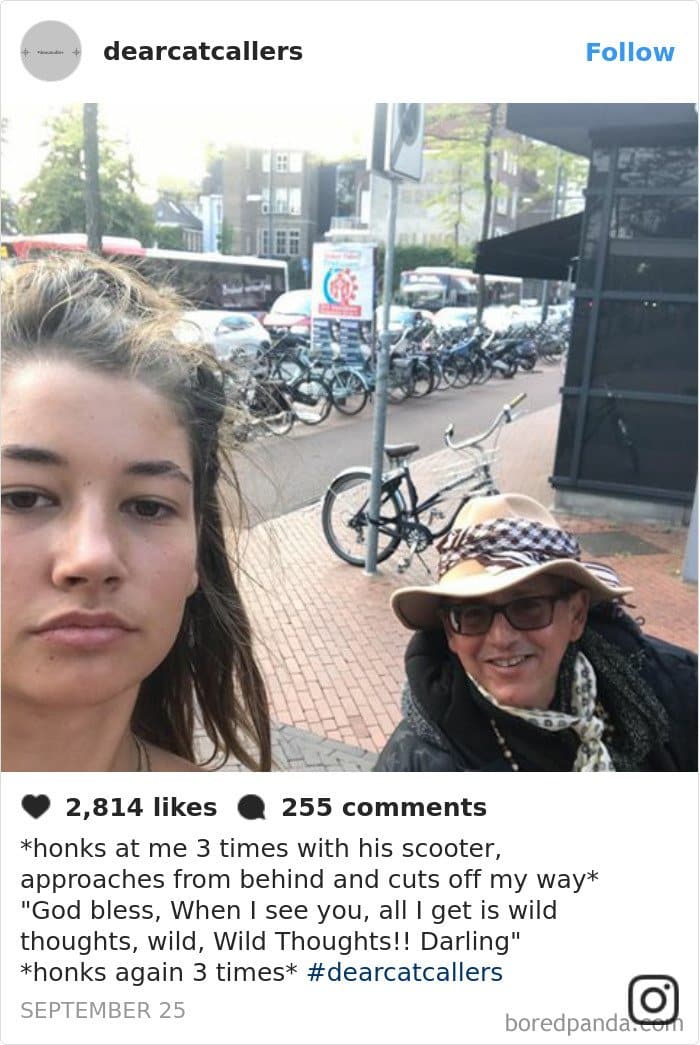 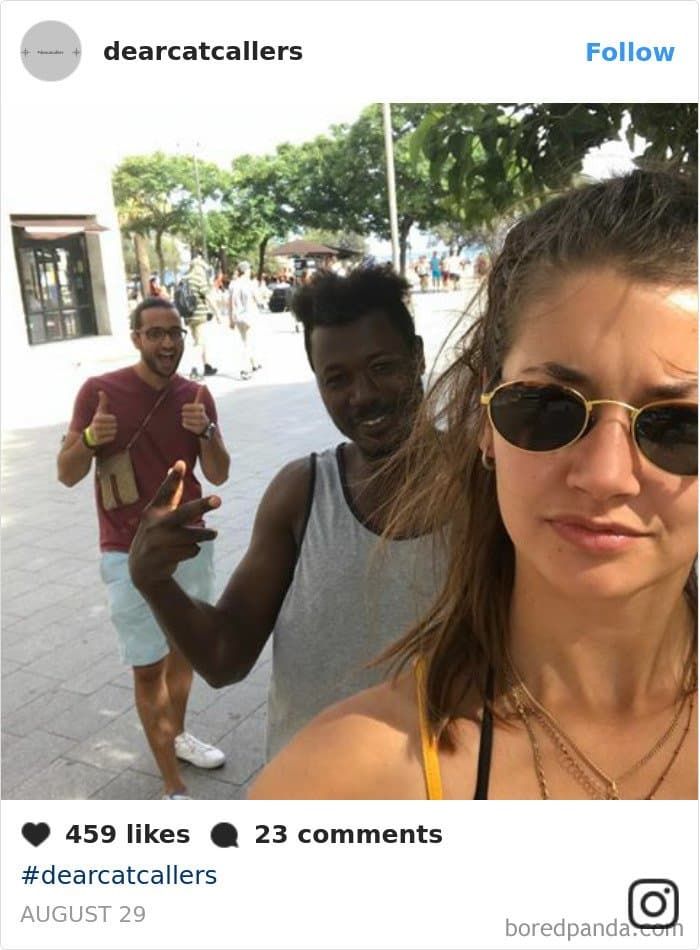 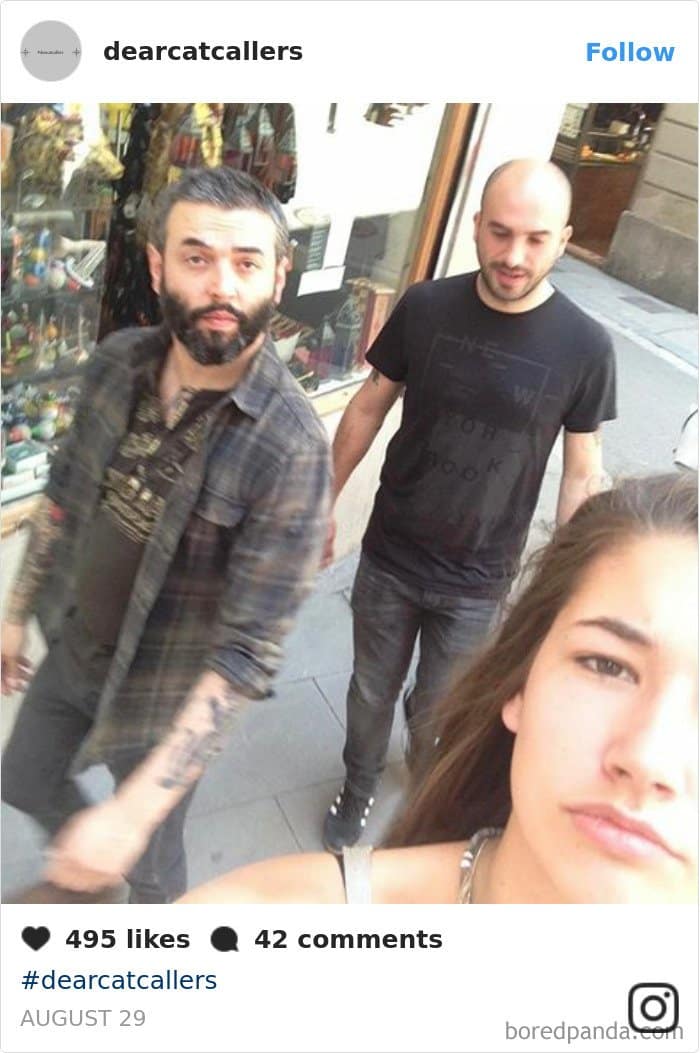 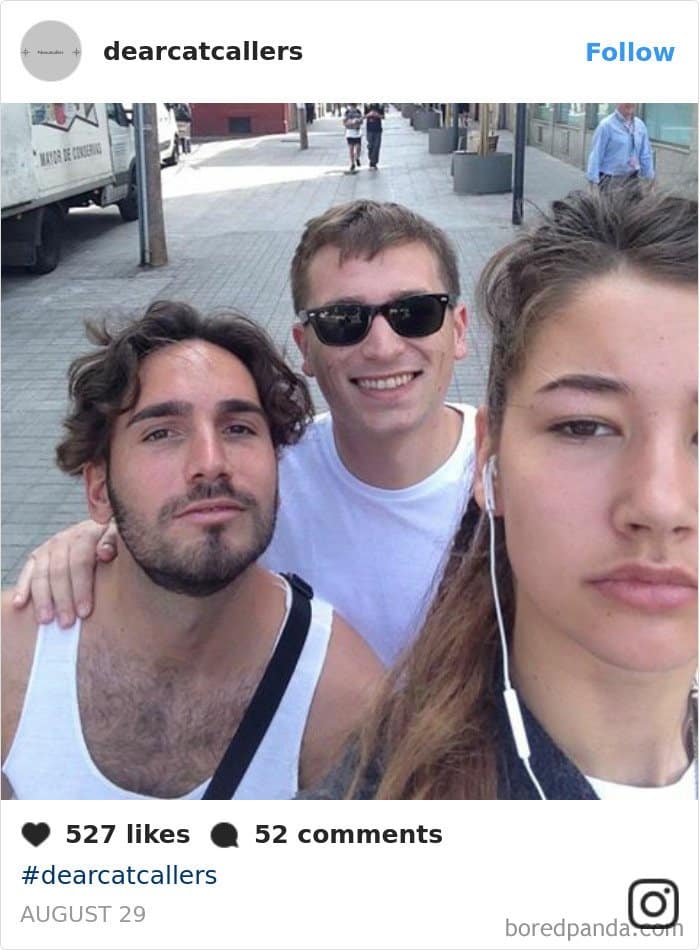 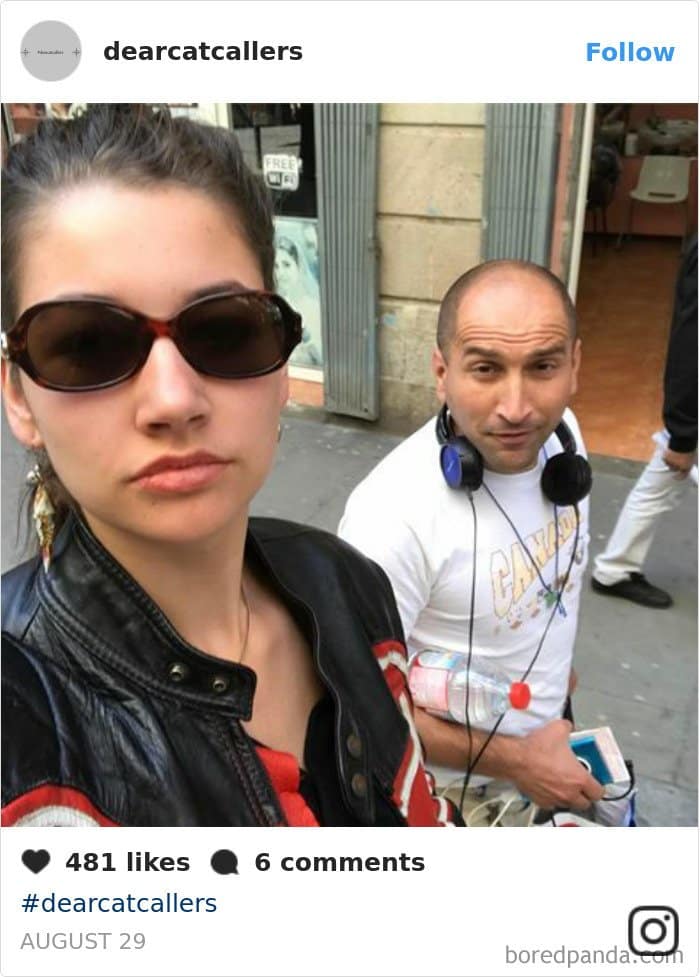