Amid the war and violence going on in Syria, many individuals are risking their lives to fight the ISIS, an extremist militant group. In a viral video circulating on the internet, a female Kurdish sniper has been filmed laughing and sticking her tongue out after a bullet missed her head by inches.

The woman, a YPJ sniper, who is from an all-female wing of the Kurdish YPG (People’s Protection Unit), has been aiming for her target when a bullet came dangerously close to her head.

She was aiming at her opponent, then… 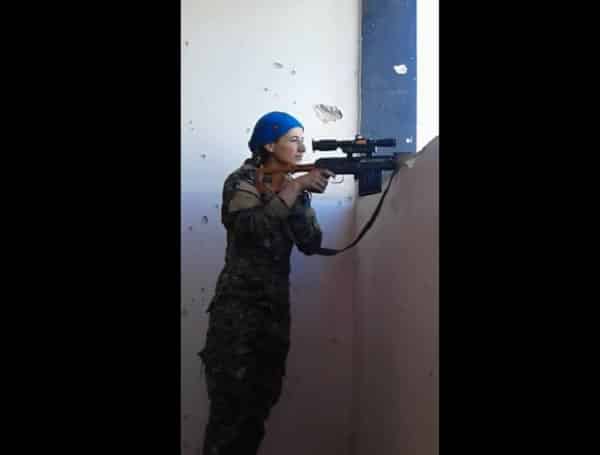 The chilling footage shows how dangerous their work is, especially that they’ve been fighting ISIS since the terrorist groups’s formation.

She just laughs it off as if nothing happened. 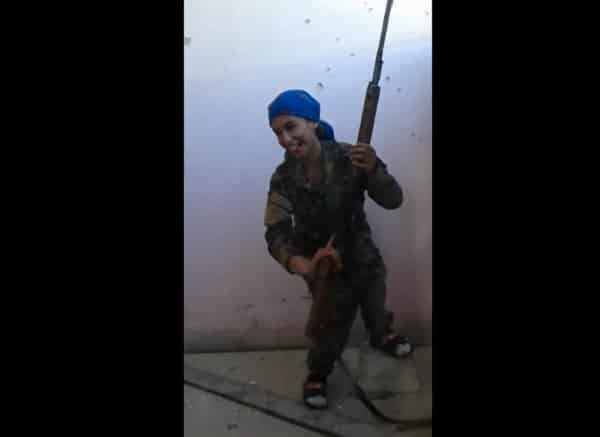 She immediately ducked and giggled. She even stuck her tongue out at a comrade. According to BBC , she then tells the men with her to stop filming and said:

Her reaction after escaping death… 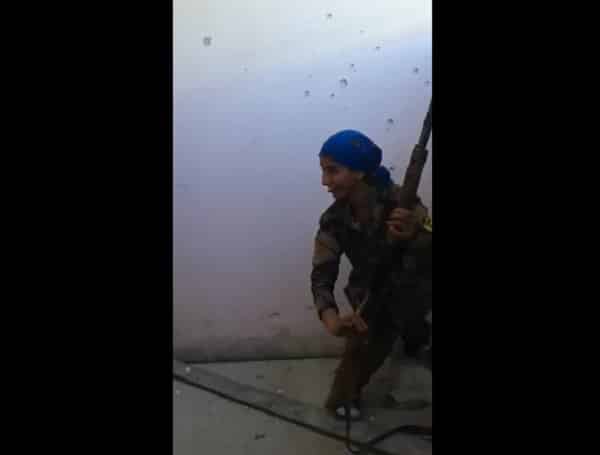 Appearing unfazed, she even continued her conversation with them.

What would you feel or think about if a high caliber misses your head by just a few inches?

Some may feel relieved that they weren’t hit while others might look scared of escaping death. Then there’s this Kurdish woman who just laughed at it and continued as if nothing happened. What a strong and fearless lady!

What a brave woman! 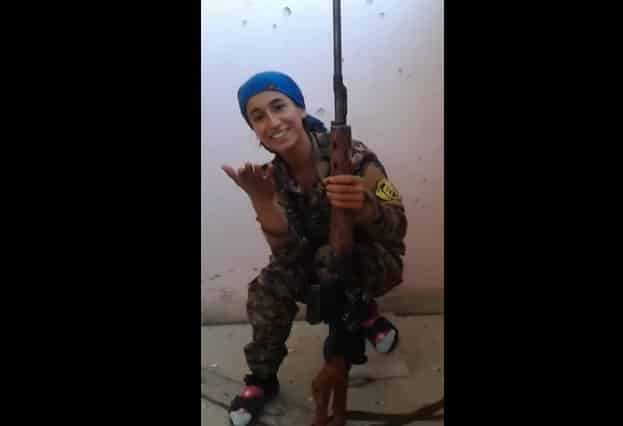 Many individuals applauded the woman’s courage and bravery. Hemze Hamza, a journalist, said the woman had no fear.

Meanwhile, another user said the footage is depressing. 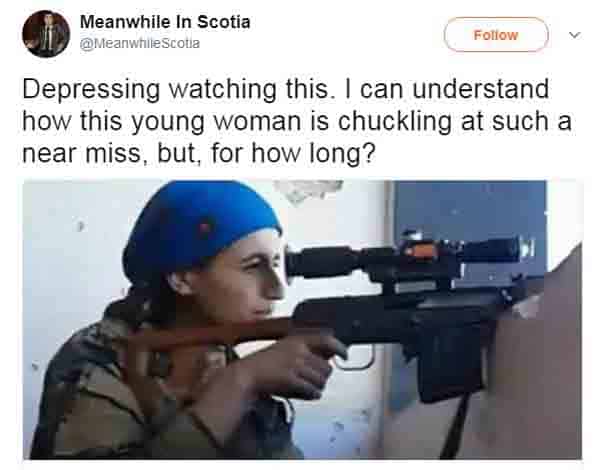 Look at the woman sniper’s priceless reaction in the video below:

Well what do you think about this, folks? Hit us up in the comment section below.