People can do a lot of surprising and unexpected things to keep their relationship burning.

Like this woman, for instance, who probably felt she and her man needed to spice things up in their life, so she decided to fan the flames of their romance by literally lighting up her man’s luxurious ponytail.

CCTV footage taken in a U.S. bar shows a man and his wife in a deep, and not so agreeable discussion, during the wee hours of the morning.

The argument in a public bar. 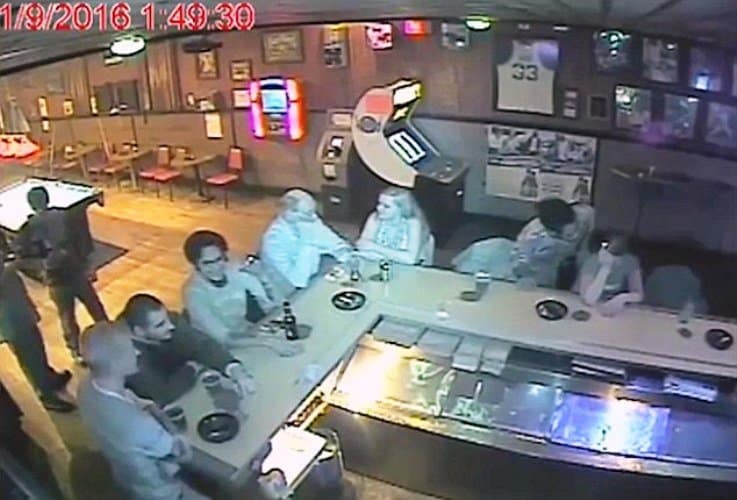 The video shows the man aggressively berating his partner, while the woman, looking obviously fed up, rests her head on her hand.

Nobody knows for certain whether they were disputing the merits of staying a couple or breaking up, or whether other subjects like unfaithfulness or money matters were part of their argument.

When man settles back on his stool and shares a laugh with another bar patron, looking as if he wasn’t in the middle of a fight with his wife, the annoyed woman grabs a cigarette lighter resting on the bar beside her and nonchalantly lights her man’s thick bun on fire.

How to cook a ponytail… 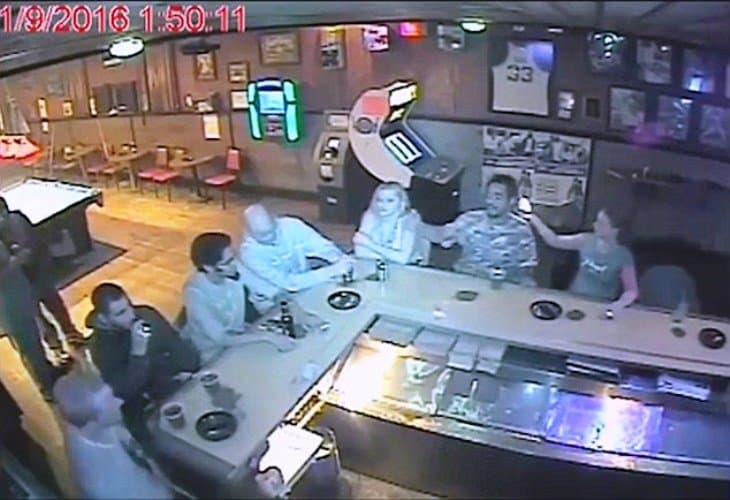 The man appears puzzled at first, wondering where the heat and the smell are coming from. Only when a tall corona of flames bursts from his head does another bar patron yell a warning, and help him put out the fire.

See their love light up the world…well, his head, anyway…

That’s one interesting way to keep the flames in a relationship burning, wouldn’t you agree?