There’s one thing Filipinos can’t live without, no matter where they are, or who they are. People in the Philippines can’t live without their slippers or flipflops. They use them not just for walking, but for tons of other uses too – like playing a native game called tumbang preso (‘knock down the prisoner’). They’re even used for killing cockroaches!

Recently, a fast-thinking man in a now-viral video has used his flipflops for an unusual but brilliant way – putting out a fire starting in a big shopping mall in Davao City, Philippines. The video, which was uploaded by Ron Bongcayao Moncada, has gone viral with millions of views and tens of thousands of shares.

It was a regular weekend at the mall when a small fire started from an electrical outlet. 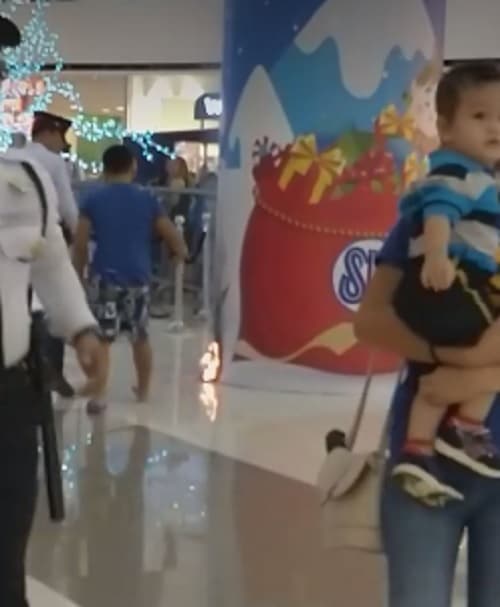 Juvanie Ladano Castañares was at the SM Ecoland Annex on November 24, when he noticed an outlet on the floor beginning to spark. Eventually, a fire started and Castañares threw both his slippers to put it out. The people applauded what he did and became an instant social media star.

The one who uploaded the video, Moncada, said:

“Some people were running away, Sir Juvanie just went near the small fire and tried to extinguish the fire using his flip-flops.”

The outlet is where the mall's Christmas lights were plugged into, suggesting that a short circuit was the culprit of the small fire. 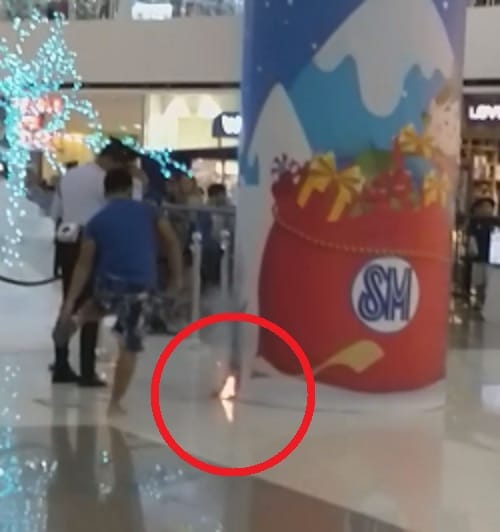 Moncada said he froze in his place as he witnessed the fire starting, but was in awe after seeing Castañares putting off the fire in a very short time. He immediately thought of a clever way to put out the fire, while others just panicked and shouted.

The fast-thinking man used his slippers to extinguish the fire. 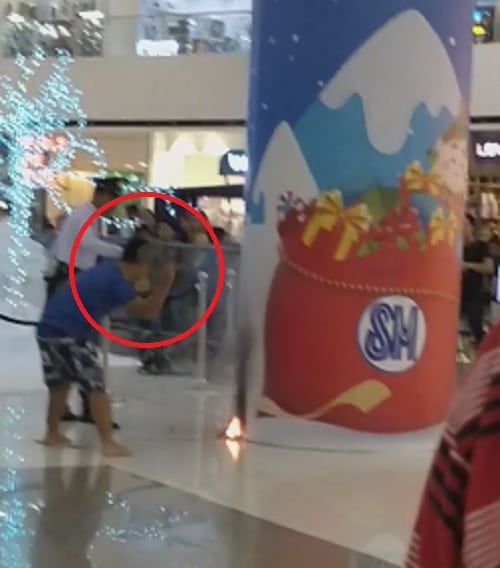 “I don’t personally know him, but he messaged me on FB and thanked me for capturing the video.”

He was a Superman, indeed! This just goes to show that not all heroes wear capes – some just wear flipflops!