A woman attending the “Hypercaine” installation at the 14th Factory in Los Angeles, California accidentally knocked over a row of Simon Birch luxurious artwork. A whole lane of crown installations went down like a domino and the young lady would’ve probably passed out after learning how much she destroyed just for wanting to take a selfie!

A security footage of the incident was released recently. On the ten second mark, a woman at the upper right was trying to crouch down, probably to make it look like she’s wearing one of the crowns in her selfie. While she was posing to take an Instagram-worthy snap, she lost her balance and everything just went wrong.

Crown sculptures were displayed at The 14th Factory for the Hypercaine. 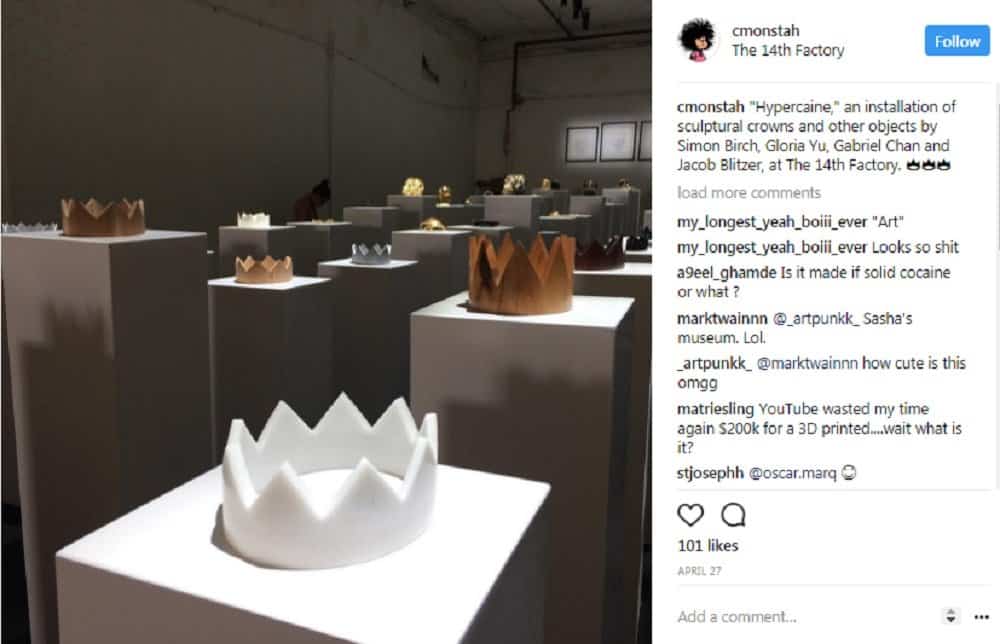 The crowns that sat on pedestals toppled down and, according to the exhibition spokesperson, three of the sculptures where totally broken into pieces. The rest of the twelve artworks did not have permanent damages but were shattered to some degree.

A woman taking a selfie toppled down a lane of pricey artworks like dominoes. 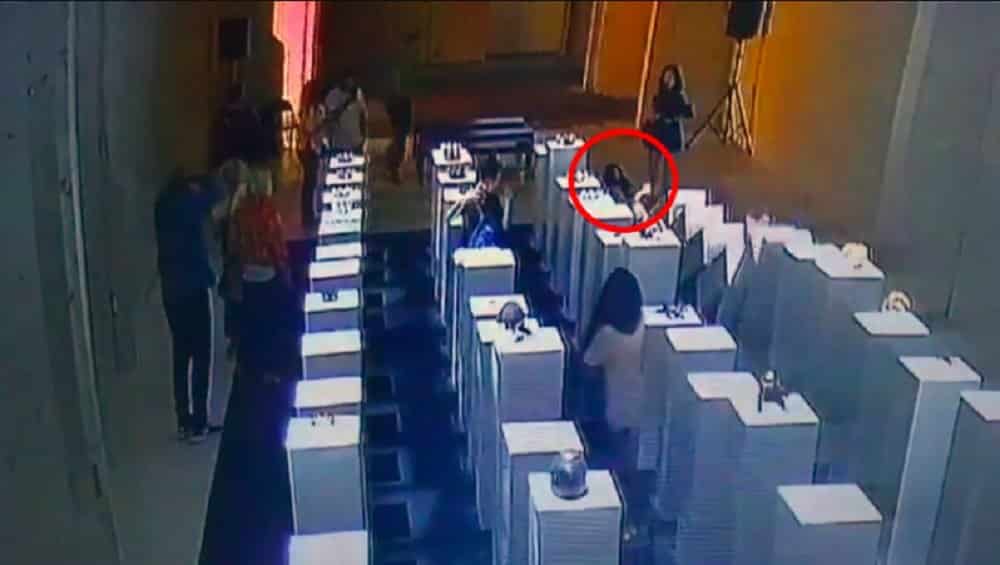 The affected art were works of the famous Hong Kong-based British artist Simon Birch. The total damage caused by the woman’s clumsy selfie reached to a whopping $200,000 which, well, she could have used to buy herself a brand new Lamborghini.

However, the incident is being questioned as some people are guessing that it was just a PR stunt. The footage was released to prove that the event really took place and that it was unintentional. A spokesperson of the artwork exhibition told NY Post:

“There has been speculation whether this really happened or is a PR stunt. The truth is, the event did happen and it was caught on our security camera.”

The Hypercaine installation displayed a number of luxurious crowns and headgear sculptures by prominent artists.

Despite the hefty sum of damages, The 14th Factory has no intentions of suing the woman whom they found out was just a student.