A scary footage has recently gone viral showing a woman jumping over a protective fence and into a tiger’s pen to, uhm well, recover her fallen hat.

The 1-minute video was taken at Toronto Zoo in Ontario, Canada and we see the woman climbing down the fence to get her fat. She then quickly got back up as the tiger on the next fence paced around, eager to get a little closer to her.

Eventually, the woman in red and her friend engaged in a heated argument with some zoo-goers who weren’t really pleased with what they witnessed.

Brave or stupid? This woman jumped into a tiger fence to get her fallen hat. 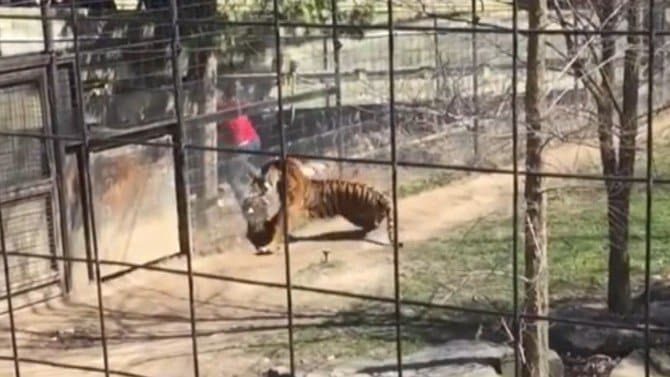 One of the men repeatedly said:

Another woman can be overheard commenting:

“She jumped into a tiger cage. Are you kidding me?”

In an interview with CBC News, Jennifer Tracey, spokesperson of the Toronto Zoo branded the woman’s stunt as “very irresponsible” especially since she ignored zoo signs that warn of potential danger. She could’ve just asked for help from the zoo staff instead, Tracey said.

“It was very irresponsible of this individual to jump over the boardwalk and she could have easily injured herself by exciting the animal in this way. The situation could have been much worse.”

The woman and her friend later got into trouble after zoo-goers scolded her for the irresponsible stunt. 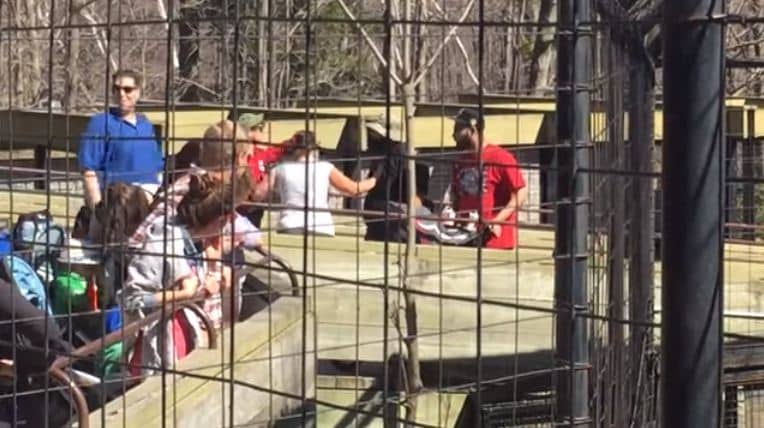 The short clip has since gone viral on YouTube after several news websites picked up on the story. So far, the 1-minute footage has been viewed more than 2.7 million times on the said video-sharing site.

Reactions are varied with some viewers condemning the woman for her stunt while there are those who are pointing out other matters as well.

“Doesn’t calling another person a moron a couple hundred times in front of kids make you a moron and a bad example to kids. Just saying…”

As of the moment, the Toronto Zoo are investigating the incident and are asking witnesses to come forward should they have any useful info.